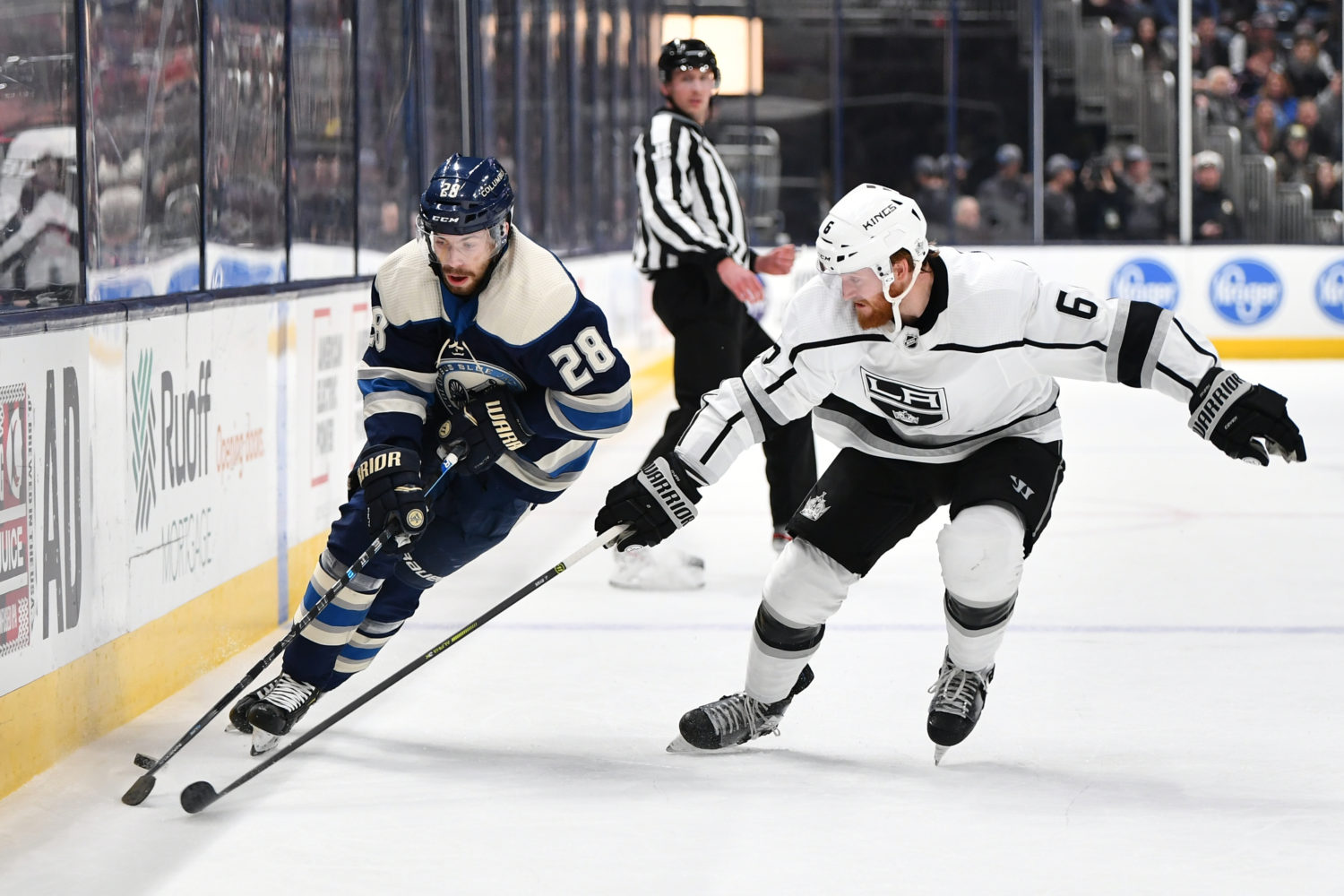 Todd McLellan on dissecting tonight’s game
I thought it was a scrappy game, there wasn’t a lot of plays made either way. Hard fought along the boards, turnovers in the neutral zone, faceoffs, net play, not a lot of flow to it. Obviously disappointing that we were so close and weren’t able to hold on, but just refer back to Boston, that’s how they felt in that situation as well. Sometimes, it goes your way, sometimes it doesn’t. For me, a little bit disappointing, because I thought we were on the receiving end in the third. We kind of sat back when we could have been aggressive and went after them and went after that third goal a little bit harder. We just tried to check our way to a win and sometimes that works and sometimes it doesn’t. Tonight’s evidence that you have to keep your foot on the gas pedal.

On Jeff Carter’s play as of late and if he’s happy with his shot generation as of late
Yeah, he as an individual, volume shooting, sometimes when you shoot from a bad angle or you just turn and sling a shot to the net you can surprise people and that’s how he got his goal tonight. We need a little bit more from a few other people like that, but he in that case is doing a good job.

On what expectation’s he’s looking for from others he is referencing
Just that we need a couple other guys to chip in offensively every now and then, to get pucks to the net. As a team, we’ve had a real good road trip, we’ve got one left. Individually, we’ve gotten pretty good performances from most people. It’s going to ebb and flow throughout the trip, the fatigue factor, the health factor kicks in and the lack of practice also kicks in. We’ve got to find a way to dig in as a group, and get more from everybody is I guess a better way of putting it. Not a large amount, but one or two percent more and find a way to finish the trip off in the right way.

Ben Hutton on the first goal, on which he had the primary assist
Our forwards made a good play, got it up to the point early. Royzie took his time and made a pass over, I was just waiting for traffic to get in front of the net and throw it on the pads and Juice when there for a nice, greasy goal.

On his shot generation tonight, including four shots on goal
Yeah, I felt pretty comfortable there tonight. I had a few chances, I was looking for sticks. The forwards, you’ve got to give credit to the forwards, they’re getting the puck to me early so I can make a play and have an open lane.

On getting that high level of goaltending on a nightly basis, whether it’s from Quick or Campbell
Oh it’s huge. It doesn’t matter if Quickie or Soupy is in net, both of them have been outstanding lately, standing on their heads and making huge saves when we need them to. Penalty killing…there were a couple of big saves by Soup there tonight, so that helps, definitely.

On suppressing chances in the third, but giving up that late goal
That one stings, for sure. Late goal, there’s not much you can do either. I think the shot was going pretty wide, and then obviously got to give him credit he made a nice tip, did it even go bar down maybe? Then it carries into overtime, it stings for sure when we don’t get the two points. A point on the road isn’t bad, but we wanted two.

Joakim Ryan on if the Kings made any adjustments on the PK after surrendering the early PPG against
No, it was just getting back to what we do. I thought, like you said, after the first power play the penalty kill was really good the rest of the night. I think it was just us getting back to what we do and playing the way we want to play on the kill.

On the sting of the late goal against
Yeah, it definitely stings. You’re so close there and they pull the goalie and they get that goal. It sucks.

On if it feels like the team is finding its footing overall, with a six-game point streak
Yeah, I think so. Like you said, points in six games in a row, I think we’re starting to play to our identity and playing better within our structure. We’ve just got to keep that rolling, we can’t let this one keep us down and try to get a win in Buffalo.

The Kings are scheduled to fly to Buffalo tonight following the game. The team is scheduled to practice at 1:30 PM local time in Western New York tomorrow afternoon.