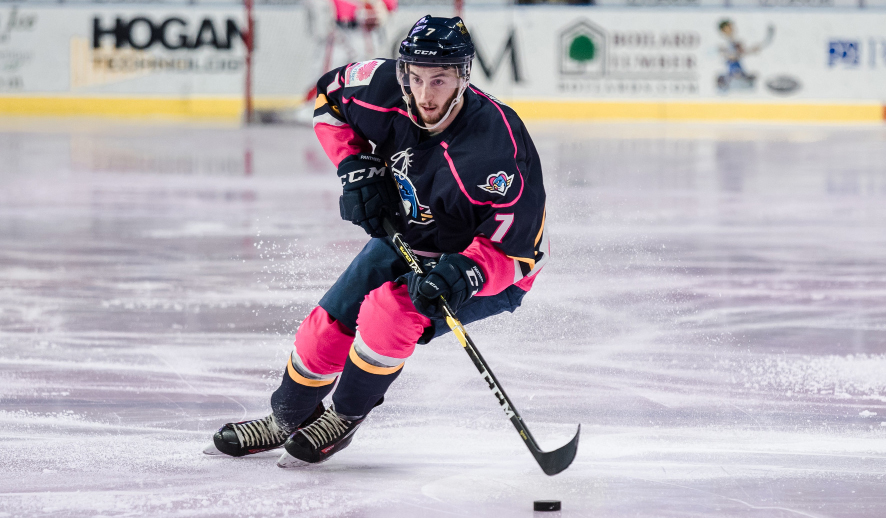 The Ontario Reign are wheeling and dealing!

The Reign announced a pair of roster moves this morning – The team has acquired forward Blaine Byron from the Springfield Thunderbirds, in exchange for future considerations, and signed forward Gabriel Gagne to a PTO.

Both players have had some success in their AHL careers. Byron is on an AHL contract, and has spent the last three seasons as a member of the Springfield organization. Byron has amassed 51 points (24-27-51) from 107 career AHL games with the Thunderbirds.

Gagne has lit up the ECHL this season to the tune of 15 goals and 26 points from 25 games played with the Allen Americans. Gagne has played in 164 career AHL games with three different teams (Binghamton, Belleville and Toronto) and led the Belleville Senators with 20 goals during the 2017-18 season.

More from the team below –

ONTARIO, CA – The Ontario Reign, proud AHL affiliate of the NHL’s Los Angeles Kings, have acquired forward Blaine Byron from the Springfield Thunderbirds, in exchange for future considerations. Ontario also announced today that it has signed forward Gabriel Gagne to a professional try out (PTO).

Byron, 24, was acquired via trade from Springfield, where he signed an AHL contract with the Thunderbirds in June. Byron has tallied 13 points (5-8=13) from 24 games played with Springfield this season. A sixth-round selection by Pittsburgh in the 2013 NHL Entry Draft, Byron has appeared in 107 career AHL games with the Thunderbirds and has amassed 51 points (24-27=51).

Gagne, 23, joins the Reign from the ECHL’s Allen Americans. Gagne currently ranks tied for second in the ECHL in goals (15) and has tallied 26 points (15-11=26) from 25 games played this season. Gagne has amassed 47 career points (28-19=47) from 164 career AHL games with Binghamton, Belleville and Toronto and led the Belleville Senators with 20 goals during the 2017-18 season.

The Ontario Reign are underway in the 2019-20 season, their fifth as members of the American Hockey League. For more information on the upcoming season, as well as the 2020 AHL All-Star Classic, to be held in Ontario, visit www.ontarioreign.com, and to secure your seats with a Reign ticket plan, call 909.941.7825. 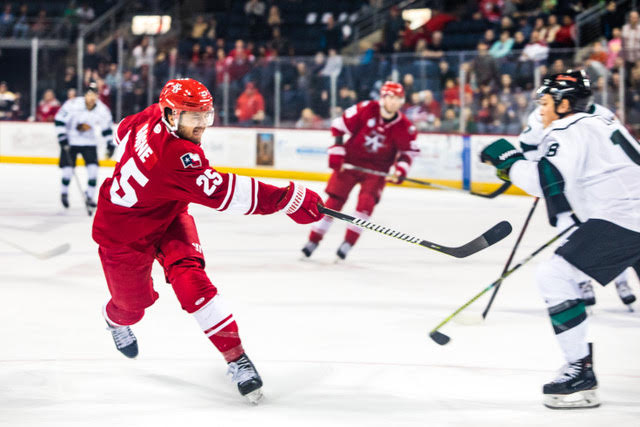