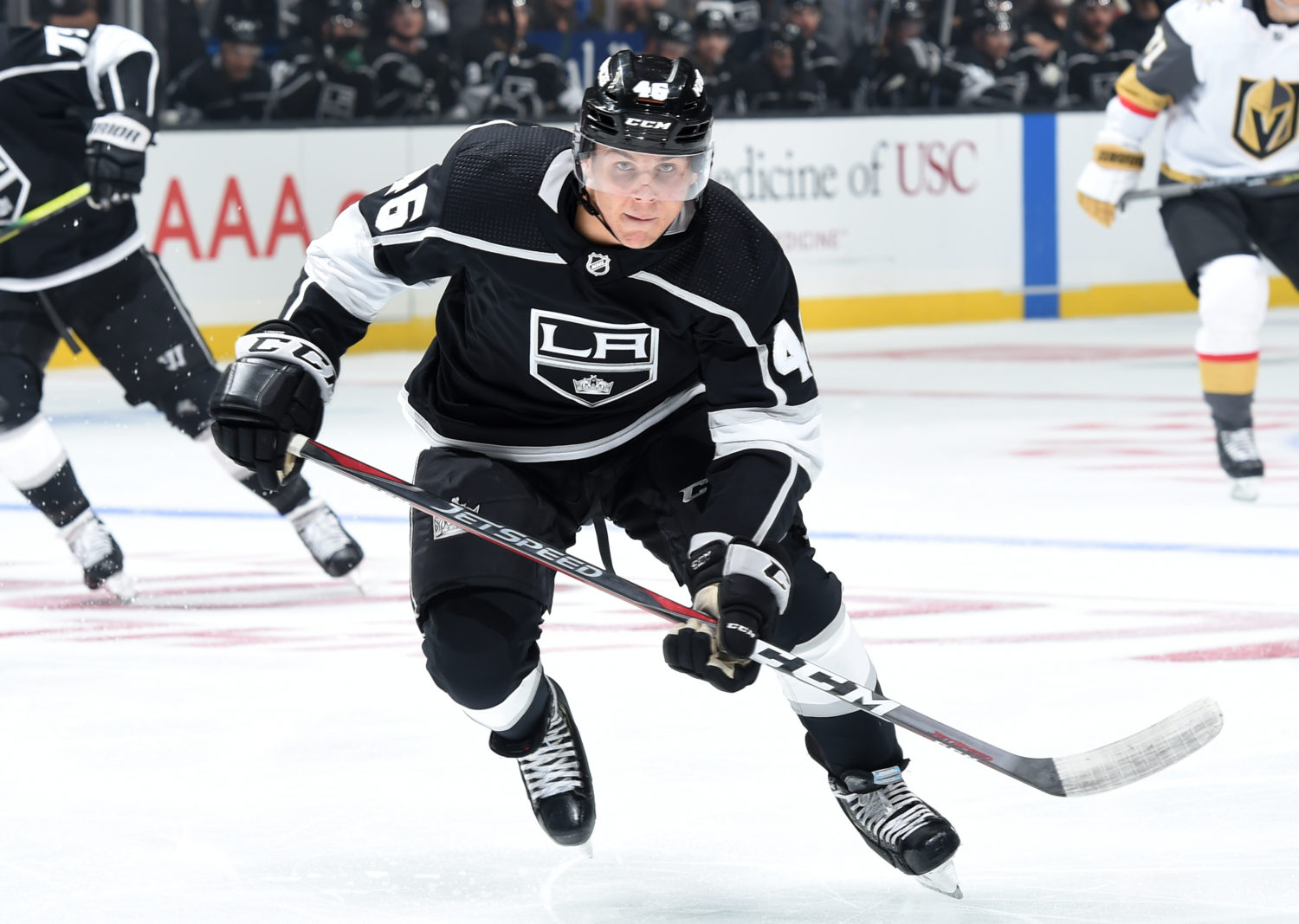 The Kings called an audible today and did not skate in Columbus. The team gathered at Nationwide Arena this morning for an off-ice workout in advance of tomorrow’s game against the Blue Jackets. LA is expected to skate tomorrow morning as scheduled, at 11:30 AM Local Time, and take on Columbus tomorrow at 7 PM Local Time, 4 PM Pacific.

So, About Tomorrow…..
Coming off of a victory, are there any changes expected for tomorrow night’s game? To be determined, but from the sounds of Todd McLellan’s post-workout media availability, it doesn’t sound like that would be the case.

“It’s an interesting issue that we deal with,” McLellan said this morning. “One of the first things we did today was we walked in and said ‘okay, what’s our lineup going to look like tomorrow?’ We take into consideration the health of the team first of all, secondly the performance of players, individually and collectively, but also the emotional level of a win streak or a big win. Our plan was to likely flip some people around, but that was a pretty good team comeback and a pretty good team win. There’s times when you take players out for no other reason than to get somebody else in…as far as tomorrow goes, I’m too sure that this is the game, after that type of effort.”

McLellan went on to elaborate a bit on younger players getting their NHL opportunities, but also being sure to put in heavy minutes in the AHL to remain engaged in all situations.

“That’s why you see players…right now we’re at a 22-man roster. We could have brought somebody in, but it’s more important that they play somewhere. That’s why Luff, Grundstrom, Prokhorkin, Clague, Bjornfot, LaDue, they’re up and down. It doesn’t mean they can’t play here, it just means they aren’t playing here enough, they need to go and play big minutes in real critical situations so they maintain their level of play.”

If tomorrow leads to similar thoughts as today, it would appear that the 18-man group of skaters from yesterday’s win would remain untouched, which would leave Matt Luff and Kale Clague on the outside looking in.

Clague was recalled from Ontario on Monday, after a strong start to the AHL season which saw him ranked tied for second leaguewide in goals by a defenseman, at the time of his recall. While tomorrow might not mark Clague’s debut, McLellan has seen and heard good things about his newest blueliner, who has shown terrific versatility in his time with the Reign, playing on both sides of the ice and in all situations.

“The versatility part is nice,” McLellan said. “I think in today’s NHL, you’re seeing more and more of those types of players, just because it’s hard to find lefty-righty all the time. I think he’s a cerebral, legs type player that can create offense. I know they’re pushing hard for him down there to grasp and hold onto the importance of defending and figuring out how to defend at his size and his strength level. It’s probably more positioning and more hockey sense than it is brawn and he’s improved in those areas and he’s got his opportunity to get called up.”

Ontario Reign Head Coach Mike Stothers stressed similar points about Clague earlier this month, after the defender collected three points in a 5-4 win over San Jose, one of Clague’s best performances as a professional.

“He was real good,” Stothers said following that game. “He was skating and he was assertive with the puck. He was showing all the signs that we were expecting of him coming out of juniors. I would agree with you that this was one of his better performances as part of being a defender, and that’s where he’s still lacking. I think it’s been presented to him in a number of different ways, so hopefully he’s applying it.”

– I chatted with Tyler Toffoli a bit about his transition to left wing, where he’s played as of late alongside Michael Amadio and Nikolai Prokhorkin/Matt Luff. The 27-year-old winger discussed the challenges of an adjustment in his own end, but perhaps some of the benefits of switching to his off-wing offensively. His Head Coach was asked if the change to left wing was a reason behind his production of late, and

“I think it’s too early to tell, but he has been hot, he’s been around the net a little bit more, closer to the garbage in the blue paint,” McLellan said. “Perhaps, playing that left side allows him to get closer a little bit quicker and be in the right spots. I think it’s still a little too early to tell if that’s the change that’s doing it, or if he’s just a step quicker and more involved in the play.”

More to come on Toffoli before tomorrow’s game, which he will enter on a five-game scoring streak.

“He’s become an all situations player, rapidly,” McLellan said. “Power play, penalty kill, overtime, faceoffs, 5-on-5, he’s been able to accomplish that in 35 games. One that speaks to the stage we are in as an organization, trying to find players that can do that and handing off the roles to them, but also to him as an individial, how he’s been able to adapt. His tenacity is contageous, it rubs off, certainly on his linemates but also on his teammates I believe.”

The latest edition of In The Pipeline features Ontario Reign defenseman Mikey Anderson. Watch the full feature on the rookie blueliner below –

The Reign made a pair of roster moves today at the AHL level. Read more about the newest Ontario players, Blaine Byron and Gabriel Gagne, here. The Reign are back in action tonight at 7 PM Pacific in San Jose.

Kings pack on the ice tomorrow for morning skate in Columbus!