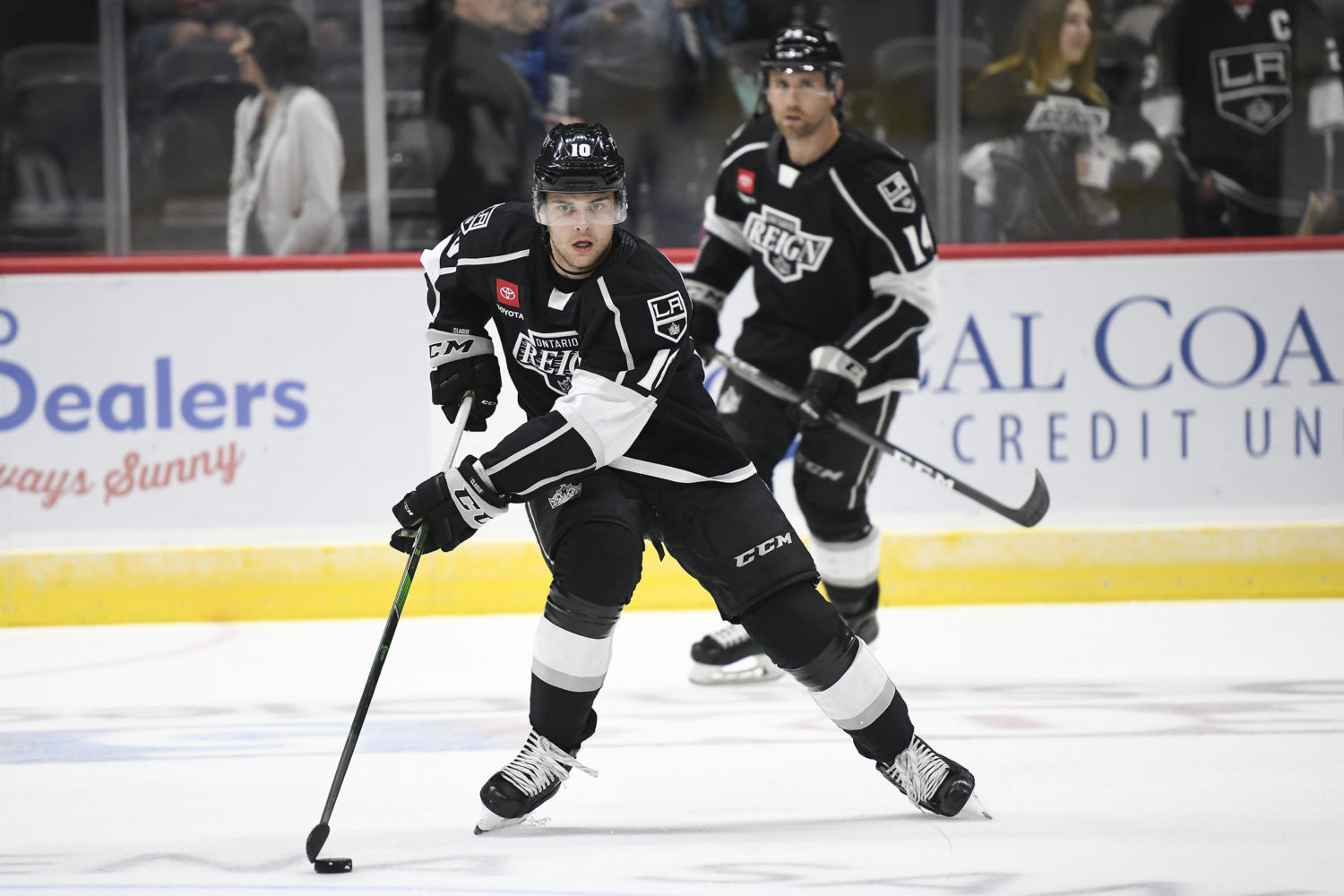 The LA Kings announced a pair of roster moves yesterday, with defenseman Kale Clague recalled to the NHL for the first time, and defenseman Paul LaDue assigned to the Ontario Reign.

LOS ANGELES – The LA Kings have recalled defenseman Kale Clague from Ontario (AHL), according to Vice President and General Manager Rob Blake. In addition, defenseman Paul LaDue was assigned to the Reign.

This marks the first NHL call-up for Clague, who was drafted by the Kings in the second-round (51st overall) during the 2016 NHL Draft. The Regina, Saskatchewan native currently has 15 points (6-9=15) with the Reign in 27 games this season. At the time of this recall, he leads all Reign defensemen in goals, assists and points, and ranks tied for second in the AHL among defensemen in goals. He is also tied for the team-lead in power-play goals (3).

Clague has spent the last two seasons with the Reign, where he has posted 44 points (13-31=44) in 79 games, leading all Reign defensemen during this time.

Prior to making his professional hockey debut in 2017-18, he skated parts of five seasons in the WHL with the Brandon Wheat Kings (2013-18) and Moose Jaw Warriors (2017-18). Internationally, Clague has represented Canada on multiple occasions, including twice at the IIHF World Junior Championship where he helped Canada to a gold-medal finish in 2018 as well as a silver medal on home ice in 2017. He also was part of Canada’s championship-winning roster at the 2016 Ivan Hlinka Memorial Tournament.

LaDue appeared in two games during his recall and recorded one point (0-1=1). He will return to the Reign where he has collected six points (1-5=6) in 18 games this season.

More to come, as Clague is expected to be in Boston this morning as the Kings take the ice for the first time since Saturday’s win over Detroit. The Kings hit the ice this morning at 8:30 AM Pacific at TD Garden in Boston for a morning skate, in advance of tonight’s 4 PM Pacific puck drop against the Bruins.