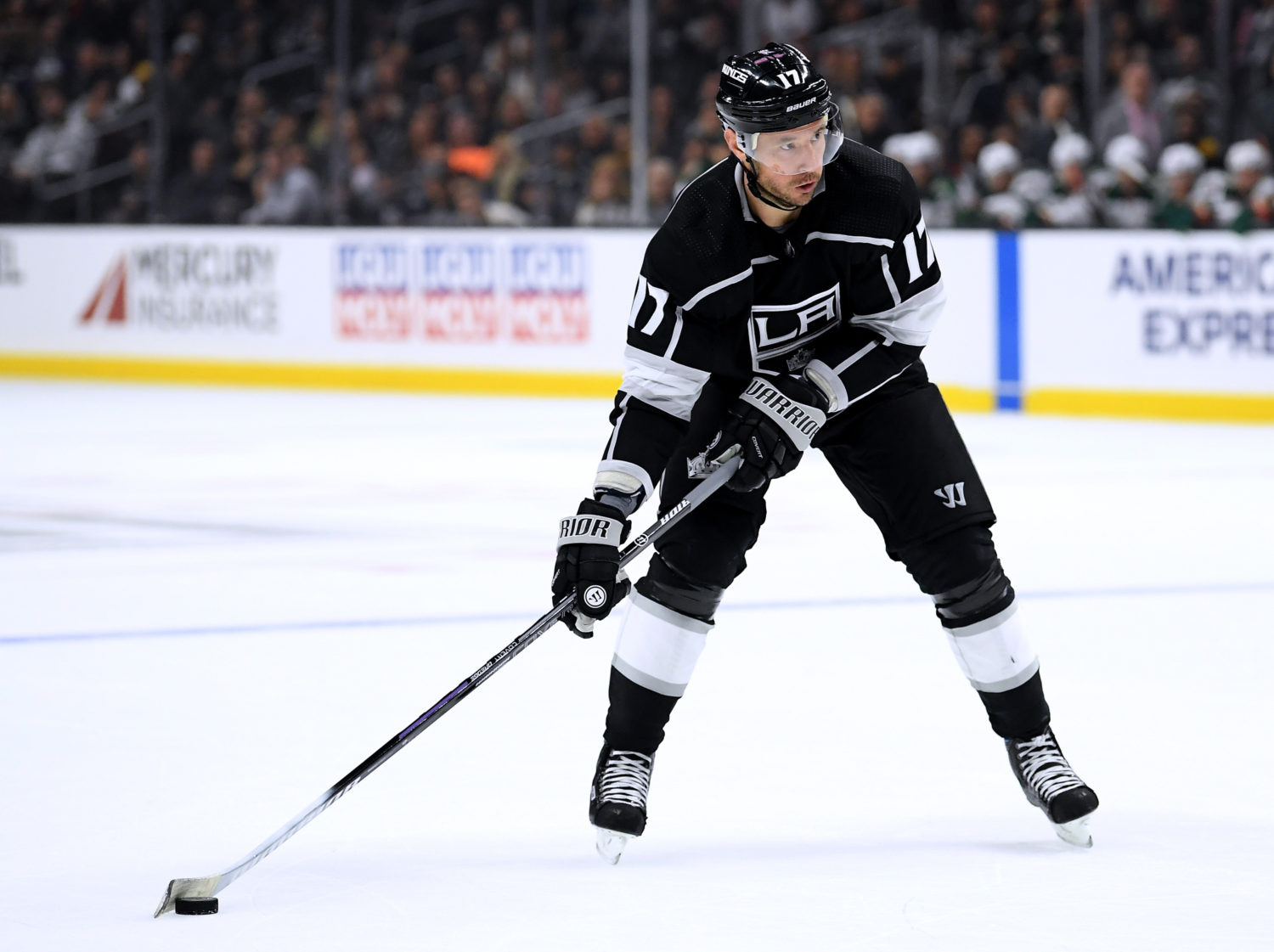 That was the sentiment this morning in Boston, as the relationship between Ilya Kovalchuk and the Los Angeles Kings came to an end. Kovalchuk officially cleared through unconditional waivers earlier today and is now an unrestricted free agent. The process of completing the transaction was initiated yesterday morning, and 24 hours later is complete, freeing up Kovalchuk to sign with any team of his choosing.

“Well, basically we put him on unconditional waivers yesterday with the purpose of, we’ll know later today, of terminating the contract, if he goes unclaimed,” Kings General Manager Rob Blake said this morning at the TD Garden in Boston, prior to Kovalchuk officially clearing through waivers.

Ilya Kovalchuk cleared, of course, through unconditional waivers. He is now officially a UFA.

In terms of how the process started, as to how the two sides came to this resolution, there wasn’t a ton of details in that matter, as Blake shared. It was simply a situation where a veteran player in Kovalchuk wasn’t a part of the Kings’ lineup on a day-to-day basis, which led to yesterday and today’s news.

“It wasn’t really a discussion at all, on that aspect, other than a discussion on playing,” Blake said. “In and out of the lineup near the end, those were the discussions, it didn’t revolve around anything else other than that.”

So why didn’t things work out? There wasn’t one reason per say why the marriage between the two sides ended in divorce. You look at where the Kings were in the 2018 offseason, coming off of a playoff berth as a team that needed goalscoring and Kovalchuk, in theory, was the answer to that and came without the cost of giving up any assets.

On paper, it was a match but in practice it just didn’t work out.

“It didn’t work, it’s as simple as that,” Blake said. “It didn’t work both ways, he’s free, after today here, to look around and continue his options here in the NHL and move on…it just didn’t work, but you’ve got to be able to cut a tie and move on. I think, for both parties, that’s kind of the way it worked out.”

Blake elaborated that Kovalchuk not fitting in was “a little bit of the structure issues and different things, but probably the direction of the team also.” With Kovalchuk moving on, it gives other players currently on the Kings roster, specifically some of the younger players, and additional players currently in the AHL with Ontario a look to either enhance their role with the team, or earn one in the future.

“I think you take a look at Blake Lizotte’s line, you can see that,” Blake said. “Kale Clague getting the option to come up here, some of the kids in the minors, starting to get half a season of pro hockey and I’m sure you’ll see a few more of those into the lineup as we go through the year, but that’s the transition we knew we were getting into.”

Both Blake, and Kings Head Coach Todd McLellan made sure to compliment Kovalchuk on his professionalism and how he handled a difficult situation for both player and team.

“He was great, he was perfect, he was a real pro,” Blake said. “He showed up every day and did his job, he was very good about it.”

McLellan, who worked with Kovalchuk on the ice and in the room on a daily basis, went on to elaborate even more on the player’s character.

“Anybody that is going to try to poke holes in Kovy’s character is completely wrong,” McLellan said. “He was outstanding, I enjoyed my time with him and I think his teammates did too. When he was dealt this situation, he handled it with the utmost professionalism, he worked, he was excited to see his teammates win. I don’t have a single negative thing to say about him and if he resurfaces in the league, if he can get his game going that’s great, but I do know that somebody would get a real good teammate.”

As for Kovalchuk’s he is an unrestricted free agent. Reporter Igor Eronko reported earlier today that Kovalchuk is interested in signing with a contender and would be okay with a minimum salary. He went on to add that tonight’s opponent, the Boston Bruins, are interested in possibly bringing Kovalchuk in. Pierre LeBrun added that the process for Kovalchuk’s agent J.P. Barry would begin this afternoon with regards to looking for a new home.

Per source Ilya Kovalchuk wants to sign with a contender and would be OK with a minimum salary. Bruins are interested

Time will tell on Kovalchuk’s next destination, but the Kings will now move forward with 22 skaters as they prepare to square off with Boston tonight. A preview of tonight’s game is on the way next, stay tuned!