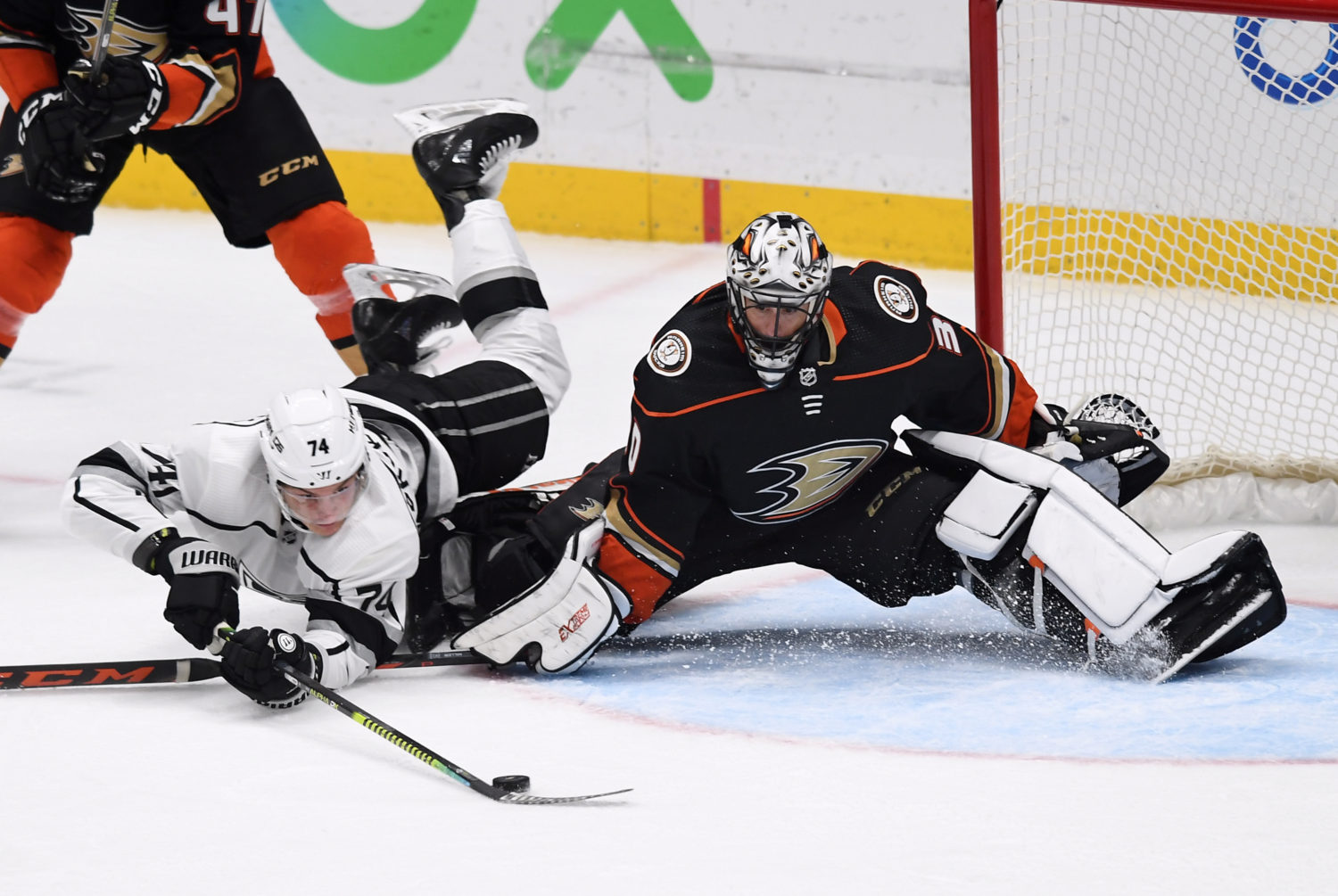 Todd McLellan, on the “fight” shown in the loss:
Well, the ‘fight’ is the end part, and picking ourselves off the mat. Disappointed in the start, and it’s been that way on the road for a little while. We reflect back to the games where we won on the road, we came out swinging. We were a very aggressive team. It seems to me like we don’t bring the same energy on the road as we do at home. We take a lot of jabs, we get knocked down, we slowly pick ourselves off the mat and then it’s too late, and you can’t play that way. So, we’ve got some things that we need to address and to adjust to. I don’t know why it’s happening, but we certainly have to look at it. Now, the second part, as you mentioned, picking ourselves up and competing to the end is great, but we can’t do that for 41 games on the road, so we’ve got some issues we need to fix, and we will.

McLellan, on Nikolai Prokhorkin scoring after getting moved up the lineup:
I think you answered the question. Some good shifts, he got moved up, scored a great goal, had an impact on the game. Approached it like he wanted to move up in the game. We still had some guys at the end of the night that didn’t have a big impact, and they’re guys that we count on, and I understand there are some off-nights, but we’ve got to get more guys having on-nights when it comes to road games.

McLellan, on anything underlying in a game in which thre fourth lines combined for three goals:
No, just grind it out and strong in the paint from both ends. Nothing special, but that’s usually the recipe for those players, and they played to what works for them.

Kyle Clifford, on the team’s challenges at the start of the game:
I think that’s probably why we lost the game, was our start. To win one on the road, you need a good start. Home teams like playing at their own building and they come out strong. So obviously we’ve got to play a little better in the beginning and I think that’s going to build momentum throughout the game.

Clifford, on the team settling down after the first period:
We focused in on three or four things that we wanted to be really good at tonight, and as the game went on we got better at that and we started winning those battles.

Clifford, on the forecheck getting the team into the game in the second period:
When everybody’s on the same page it’s amazing how successful it can be. One-on-one battles, getting pucks first, second-man support, it’s kind of a five-man unit out there.

The Kings are scheduled to practice at 11:00 a.m. on Tuesday, December 3 at Toyota Sports Performance Center.