Waking up with the Kings: November 22 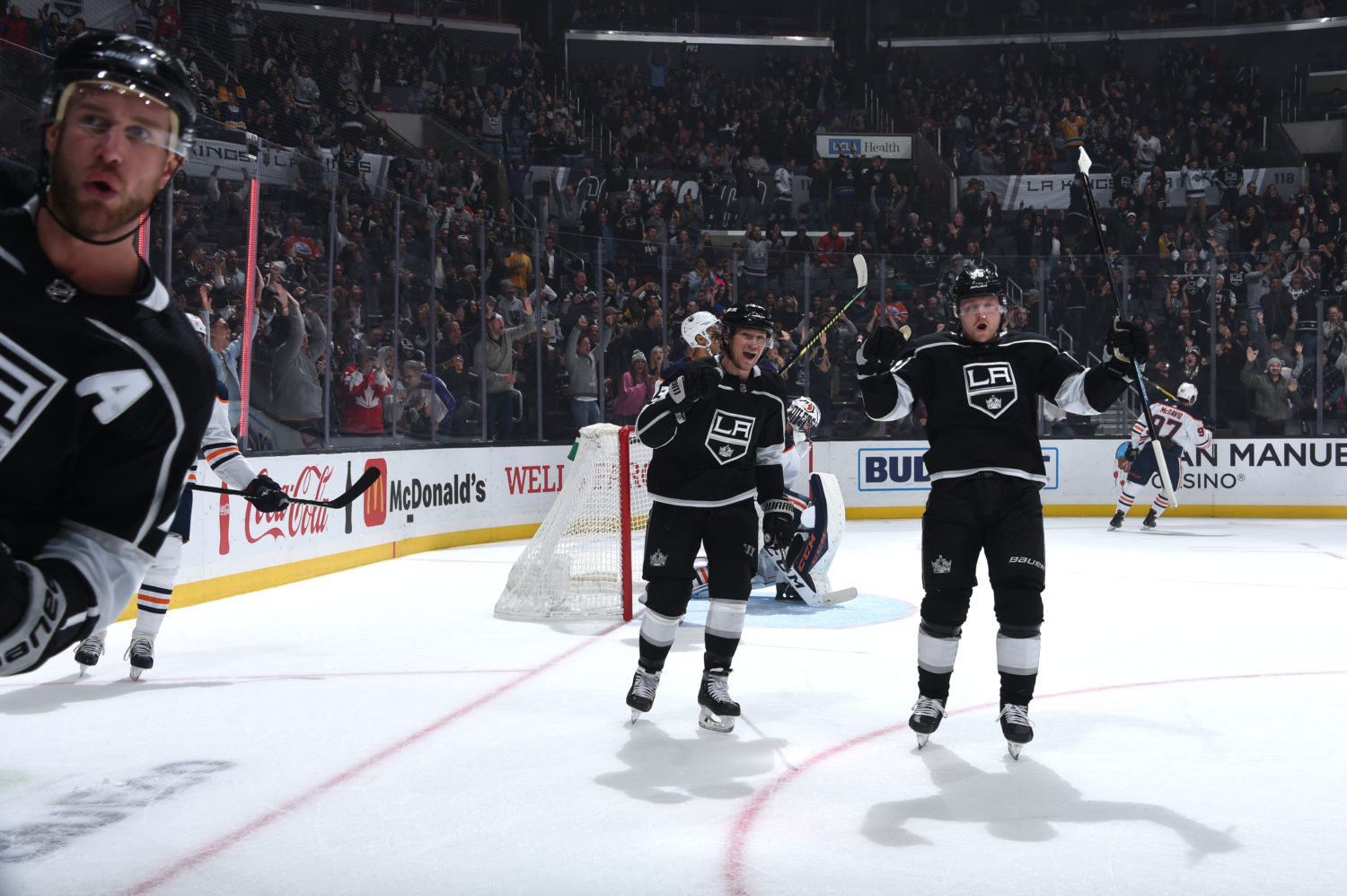 Dishing a dash-three to Connor McDavid and Leon Draisaitl in the opening 20 minutes? Yielding only two power plays to the league’s best man advantage and killing them both? Both are fine ways to win a hockey game, but the Kings still needed to show some resolve when McDavid worked his magic to single-handedly pull his team into the game with a goal on the second shift of the second period. Dave Tippett teams have the reputation of seizing important moments of games, and a goal 38 seconds into the second was the exact type of spark needed by an Edmonton team that got off to a sleepy start. But L.A shut the door after that, and for the great expanse of the 5-1 game gave off the impression that they were in good ownership of many different aspects of their game. The Oilers’ forecheck never quite got off the ground, allowing the Kings to comfortably employ a glass-and-out prevent defense in the third period rather than any chase-and-react confusion. And they played the superstars hard. Edmonton scores on one of every three power plays, as McLellan shared Thursday morning, and Los Angeles did a good job of smothering their top guns, with Jeff Carter forcing McDavid to skate through forearm shivers and other means of resistance to leave the perimeter. And if we’re talking prime defensive plays on their studs, hey, let’s acknowledge Sean Walker (again). We’ve seen him beat and leverage Johnny Gaudreau and Vladimir Tarasenko for loose pucks, and there he was, in the first period, getting underneath Draisaitl to steal the puck and send it in the opposite direction, where Adrian Kempe drew an offensive zone penalty. 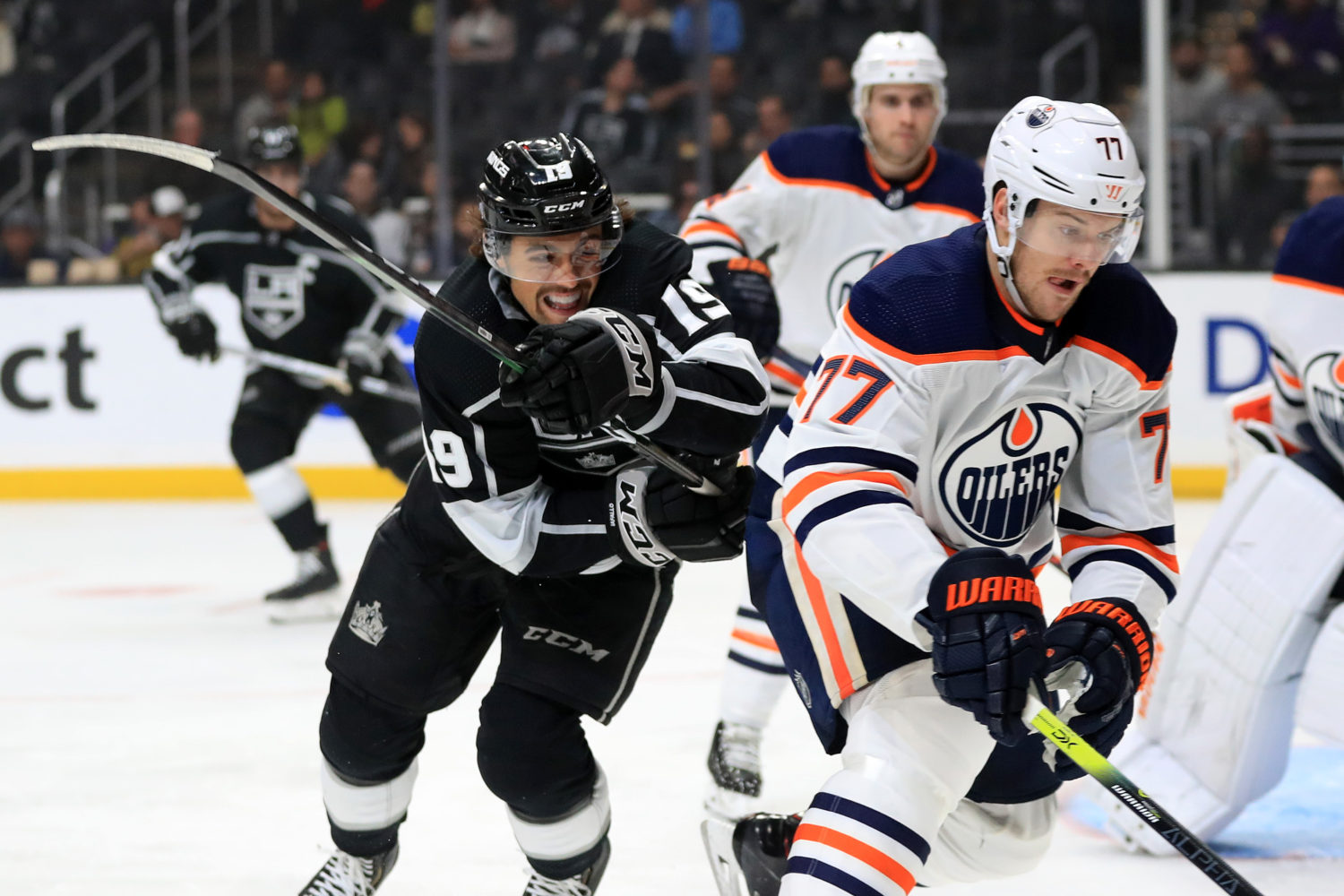 The old fogeys were pretty good, too. Jeff Carter was one of many Kings to have a good practice on Wednesday – both McLellan and players credited an extended practice that addressed specific issues after the win – and it transferred into an assist on his first shift. He’s moving well, he’s back at center, and that’s a good sign for a team that needs a 2C like Jim Fox, Daryl Evans and I need a booster chair. His scoreline looked like a Jeff Carter scoreline against the Oilers from five years ago, and is primary assist on Tyler Toffoli’s goal was set up sublimely by Drew Doughty, who had the wherewithal to demonstrate excellent patience rather than the go-go-go attack in waiting for Carter to hop on the ice and redirect the puck in-stride to Toffoli. It’s interesting management in which Doughty sensed that glitch in The Matrix, and his own intuitiveness took momentary precedence over the team’s encouragement to play on their toes. “In the past, it’s always like, ‘don’t sit back, just get the puck going, just get the puck going,’ and that is how the game has gone,” Doughty said. “Todd realizes different moments in the game, and when you have a change, you’ve got to wait for you guys to get on the ice. Credit to our coaching staff in allowing us to make plays and read the plays the way we want to.” He was as good as he’s been this season, and if you’re looking for a go-go-go example of how good he was on Thursday, his aggressive 10-foot pinch to chip a puck deep in the offensive zone directly led to Anze Kopitar’s howitzer of a goal and was representative of his growing comfort in knowing he’ll have the support behind him to make smart, efficient pinches. Credit Kopitar and Brown as well for a hard, set-an-example shift to will their way to an early insurance goal. 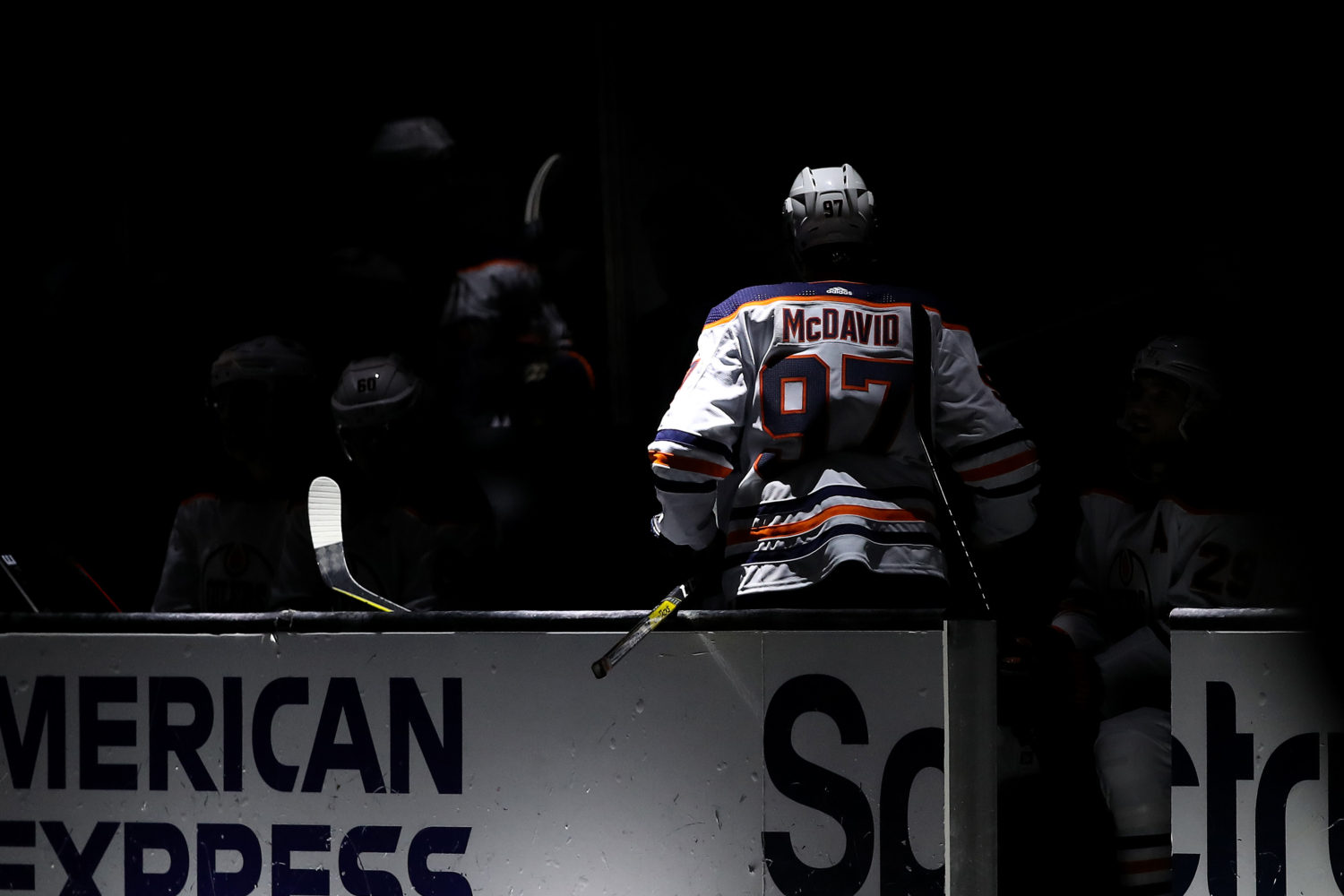