THE VITALS | Kings-Oilers. Ye Olde Smythe Division. 7:30 p.m. on FOX Sports West, FOX Sports GO and the LA Kings Audio Network. Jonathan Quick, a robust 22-8-5 in his career against Edmonton with a 2.08 goals-against average, a .923 save percentage and three shutouts in 35 career games, is the presumed starter. Billy Ranford stood in for Quick this morning as Jack Campbell also got work in with Kurtis MacDermid, Matt Luff and Ilya Kovalchuk, who remained on the ice. We’re projecting a lineup of Iafallo-Kopitar-Brown, Grundstrom-Carter-Toffoli, Kempe-Lizotte-Wagner and Clifford-Amadio-Prokhorkin. Keep in mind that without the puck, the left wing and center have been described as “interchangeable,” and that it is often their role to get into the zone as the F1 and F2 while the right wing is often positioned near the red line. On the back end, expect to see Walker-Doughty, Hutton-Martinez and Ryan-Roy.

THEIR VITALS | This is actually a match-up between goalies who’ve started more games against their opponent than any other active goalies. Quick’s 36th appearance against the Oilers leads all active goalies and ranks 10th on the goalie opponent registry (Mike Vernon leads all goalies with 73 starts versus Edmonton); Smith’s 33rd appearance against the Kings will tie Miikka Kiprusoff for 26th place; Pekka Rinne ranks second among active goalies in career appearances against L.A with 28. Grant Fuhr leads that group with 63, while Ranford clocks in at 11th with 43 career games against Los Angeles. Smith is 19-10-2 in his career against the Kings with a 2.34 GAA, a .925 Sv% and two shutouts. Via Oilers radio play by ply broadcaster Jack Michaels, the visitors should align with Draisaitl-McDavid-Kassian, Khaira-Nugent-Hopkins-Neal, Nygard-Sheahan-Archibald and Granlund-Haas-Chiasson up front with defensive pairs of Nurse-Bear, Klefbom-Jones and Russell-Larsson. Adam Larsson is expected to play his first game since suffering a broken leg on opening night, while defenseman Matt Benning is in concussion protocol, according to reporters. Benning was placed on injured reserve and Brandon Manning activated from IR. Kyle Brodziak (back) remains on LTIR.

SPECIAL TEAMS | The gulf between the Kings and Oilers’ special teams is essentially the distance of between Westeros and Essos. Heh heh heh. No, wait, no, that’s not good. The Pacific Ocean! Meh. Wait, what’s that all-water planet in Interstellar washed over by colossal tidal waves? I don’t even remember what I’m talking about anymore. But Edmonton leads the league in power play percentage, clicking at a crisp 32.4%, and ranks third in penalty killing. Los Angeles, on the other hand, ::gestures to a mule asleep under a tree::

“Don’t take any penalties. That’s the best way [to limit their power play],” Todd McLellan said. “When a team’s running at 32%, one out of every three’s going in your net. So, let’s find a way to check with our legs and stay out of the box, and then from a penalty kill perspective, we know what they’re trying to accomplish, but it’s way more about us right now. We had a good review of our power play against Arizona, and I asked them a question in different situations: ‘Them, or us? Them, or us?’ And there were a lot of ‘us’ answers. But we’ve just got to fix some thing ourselves and not so much worry about what they’re doing or not doing, which tells me that we’re a little bit behind. But that’s not a surprise yet. Yeah, not a surprise. We’ve got work to do.” Connor McDavid leads all Oilers with 19 power play points 7-12=19), followed by Leon Draisaitl (1-13=14) and Oscar Klefbom (0-10=10). James Neal leads the team and ranks second in the league with 9 power play goals. 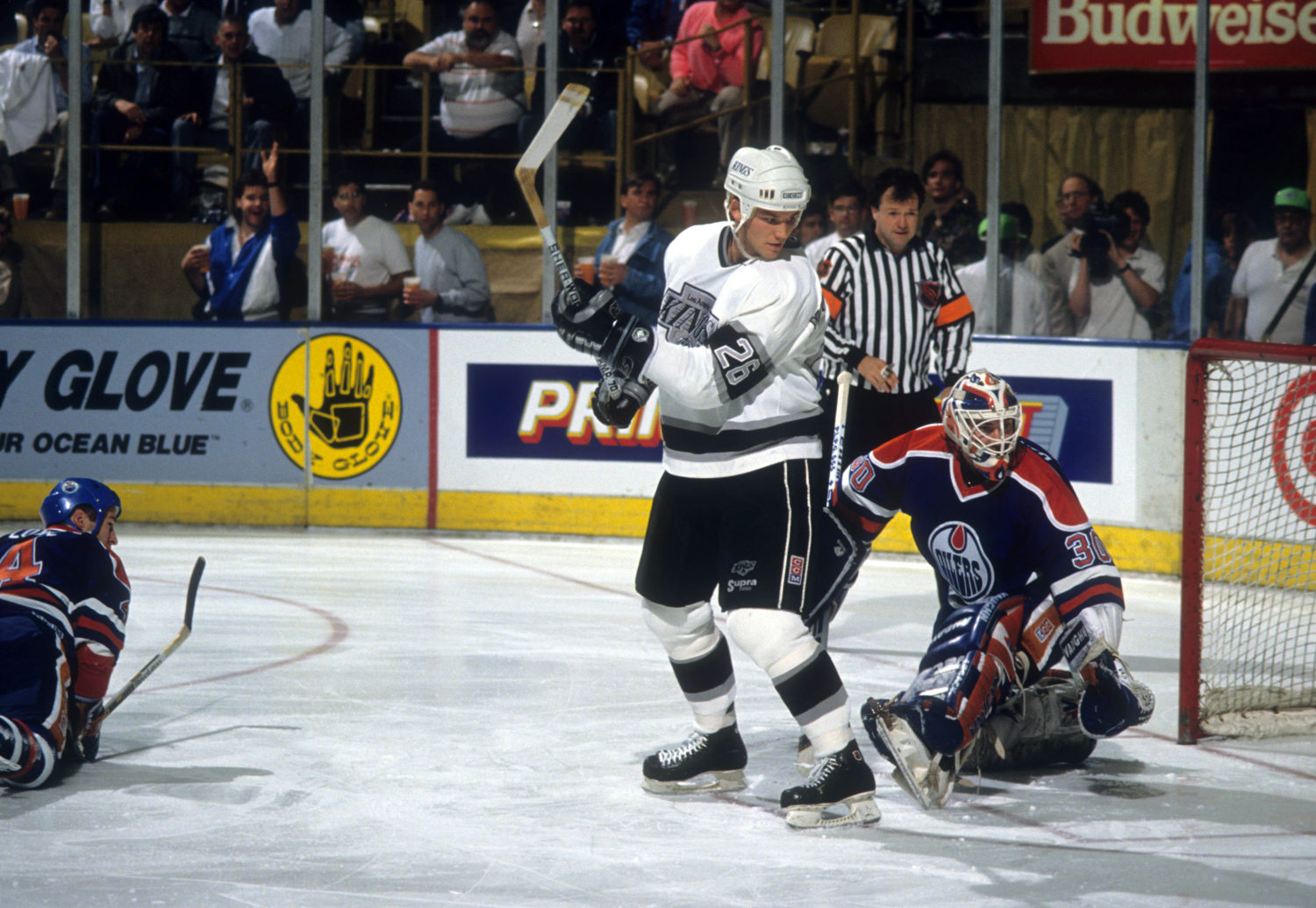 QUICK HITS | With a King this time! Austin Wagner stayed on for a little bit of work but joined LAKI from his stall in the dressing room to discuss tonight’s game, growing and maturing in the National Hockey League, and, obviously, smelling salts.

COMMUNITY NOTES | The LA Kings will donate tomorrow’s rink proceeds from Holiday Ice Westfield Valencia to Saugus High School, and Nick Nickson will be on hand to welcome fans and sign autographs. Via the Kings:

The proceeds raised tomorrow will be directed to William S Hart Education Foundation (WiSH), a 501(c)3 nonprofit foundation (www.WiSHscv.org), as they direct the donation specifically to Saugus High School to support their immediate grief counseling efforts, and to establish a wellness center and program at the school.

In September the Kings announced a new partnership with Sandy Hook Promise as part of the club’s ENOUGH. social campaign that was launched in 2018 following the mass shootings in Thousand Oaks.

It is a three-year commitment by the Kings to Sandy Hook Promise to deliver the Know The Signs (KTS) programs to more than 65,000 youth/adults in middle and high schools in the Los Angeles region, including LAUSD, Torrance USD and Conejo USD.