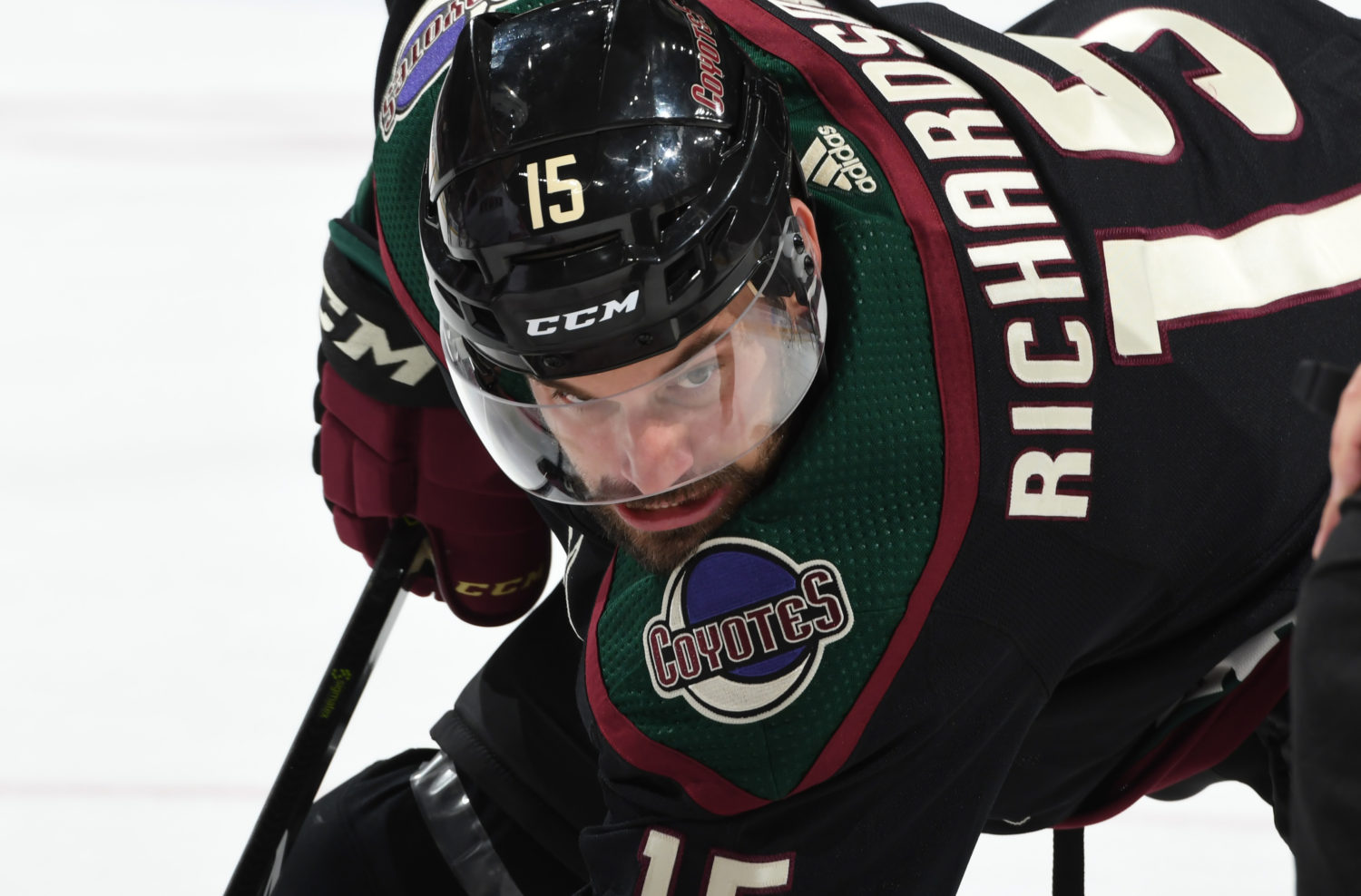 Brad Richardson had been scratched by Darryl Sutter for 24 straight games when he re-entered the lineup on March 31, 2013 and scored the game-winning goal that night in Dallas. He’d scored an important Game 5 goal against Vancouver in the playoffs the year before, but that night’s game-winner came one year to the day of his previous regular season marker. He didn’t leave the lineup card over the remainder of the regular season, part of an impressive 372-game body of work since departing the Kings – a number that’d be higher if not for a few difficult injuries that have occurred as a result of his hardened defensive play. “Leadership” is intangible and subjective, but Richardson was a key dressing room presence and great teammate during the Kings’ rise to excellence earlier this decade, and continues his selfless, pace-based play in his fifth year with the Coyotes. He’ll play his 764th career game tonight, the 24th most out of the remarkable 2003 draft class and the fifth most out of those drafted outside of the top two rounds. Speaking with LA Kings Insider about fellow ’03 draftee Jeff Carter and the identity Arizona is cultivating, Richardson also looked back at the 2012 run and how it impacts his career as a professional.