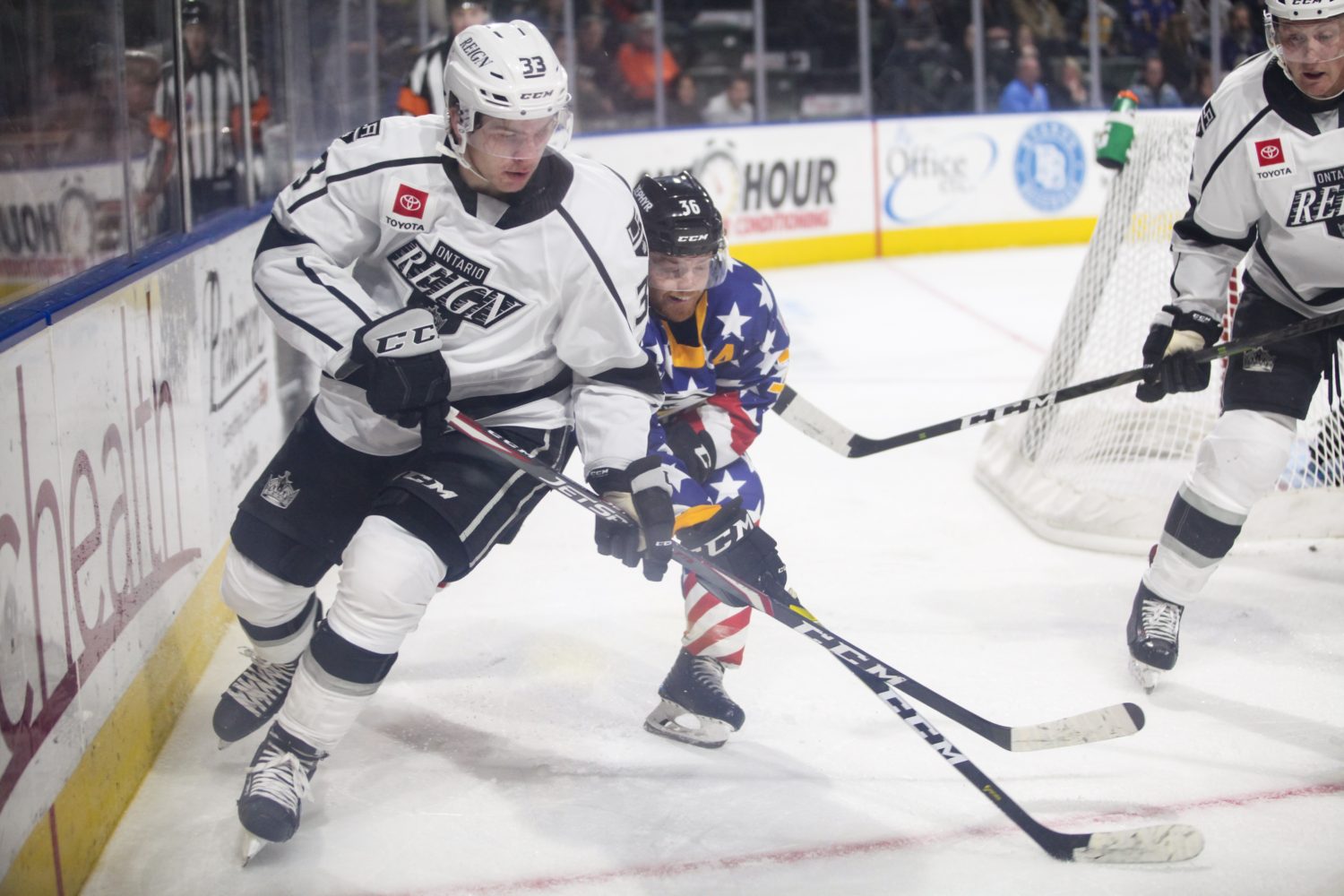 TONIGHT’S MATCHUP: The Reign and Eagles are back in action tonight at Budweiser Events Center in Colorado. The two teams square off to conclude a back-to-back set, following Colorado’s 4-0 victory yesterday evening in Round 1.

WHAT TO WATCH FOR: Ontario’s lineup is a bit cloudy for this evening – On the ice late were forward Jacob Doty, defenseman Ryan Stanton, who is listed as day-to-day, and goaltender Cole Kehler, which still leaves one more scratch this evening. Sheldon Rempal, who was scratched yesterday, skated with a partial Reign group this morning but did not stay on late for extra work. Expect Cal Petersen, who did not skate, back in net – More information to come closer to game time.

SPECIAL TEAMS BATTLE: Colorado won the special teams battle last evening, as the Eagles tallied twice on their six power-play opportunities yesterday and Ontario was unable to find the back of the net in three chances. The Eagles entered yesterday’s action with a league-low three power-play goals and a second-to-lowest 7.9%, but jumped to 11.4% with pair of goals in the Round 1 victory.

TWO FOR GAME TWO: While Ontario has yet to win in Loveland as a member of the AHL (0-4-1), the Reign have fared better in the second game in both of their previous trips to Colorado. After a pair of lopsided defeats last season, the Reign fell 5-3 with an empty-net goal against and 3-2 in overtime in their second games against the Eagles. With better adjustment to travel, altitude and a good atmosphere in Colorado, the Reign will look for a better performance here tonight.

NOT PETERING OUT: Reign goaltender Cal Petersen continues to be a workhorse in net for his team – Petersen leads the AHL in minutes played, shots faced and saves, as he has started every Ontario game this season. With a 6-3-2 record from 11 games played, Petersen has faced 104 more shots than his nearest competitor (Springfield’s Chris Driedger) and his six wins are tied with Kaapo Kahkonen for the AHL lead.

ROAD WARRIORS: Last night’s defeat for Ontario was its first of the season on the road. The Reign had entered last night’s action at 4-0-0, with wins in Bakersfield (x2), San Jose and San Diego. Even with last night’s defeat, Ontario is tied for third in the league with a .800 winning percentage away from home this season.

SCOUTING THE EAGLES: Colorado netminder Adam Werner posted the first shutout of his AHL career yesterday evening, as he turned aside all 30 Ontario shots thrown his way. Werner now has a 5-3-0 record this season, with the bulk of games played so far for the Eagles. Offensively, forwards Logan O’Connor and Sheldon Dries each tallied a goal and an assist in yesterday’s win, as did forward T.J. Tynan, who leads the team with 12 points (2-10-12).