Admirable paths to Tuesday’s game for Muzzin, The Shore Boy 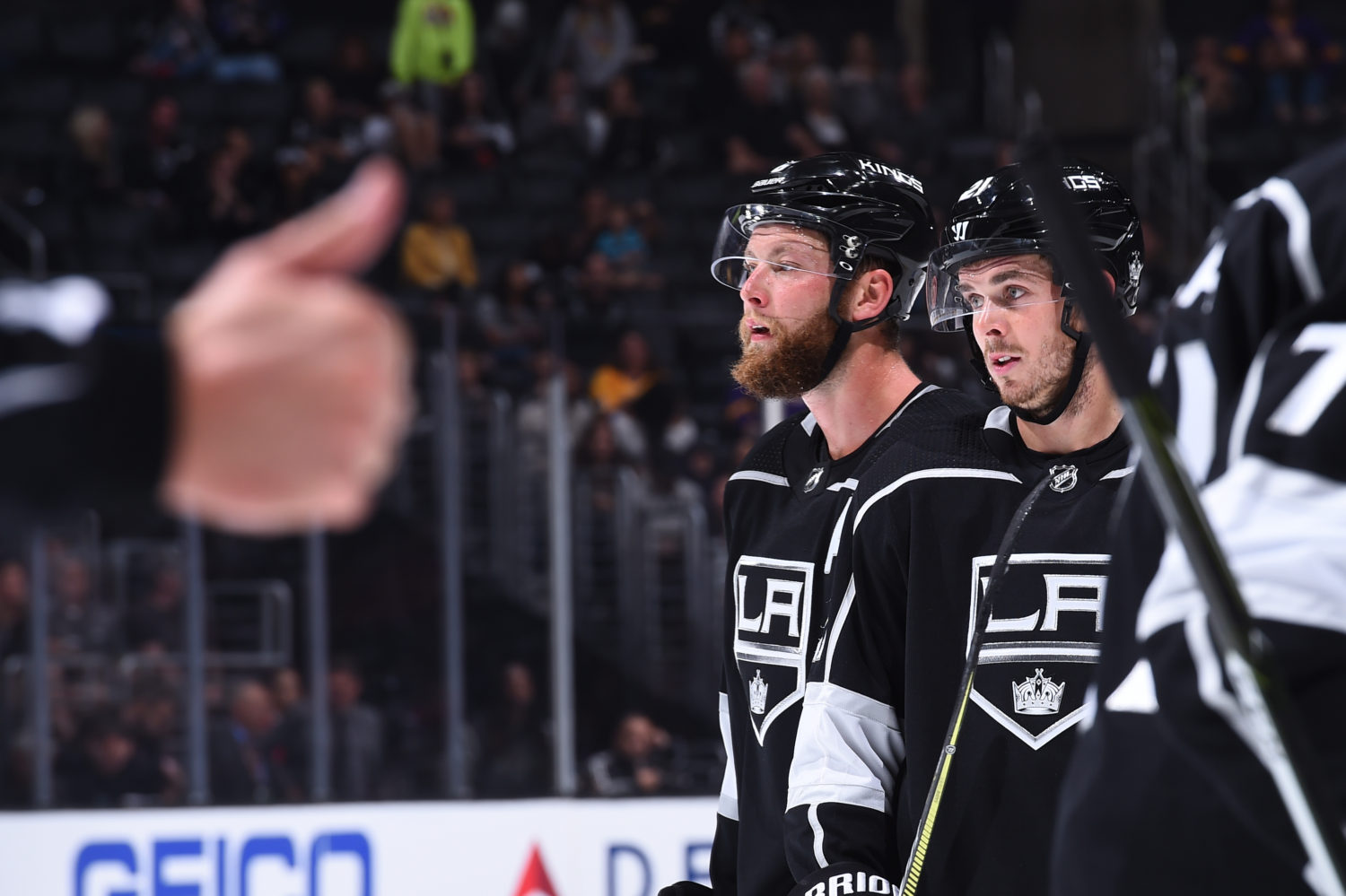 For the change Jake and Courtney Muzzin have experienced by moving across the continent and welcoming a daughter into the world, they were also handed some welcome familiarity. Returning to North America after his year as a Magnitogorsk exchange student was Nick Shore, a fellow Manchester-Los Angeles alum and a well-regarded teammate with the Kings.

Shore didn’t board with the Muzzins for very long. Jake estimated it at three weeks to a month. But it was long enough that he did assume some responsibilities with the dogs and helped out where he could in a house a baby had only recently been born into.

“Yeah, he was allowed to hold Luna for a little bit, and then I kicked him out of the house, I gave him two weeks and said, ‘you’re out of here, you stink, Nick,’” Muzzin said, laughing. “No, it’s been fun with Shoresy.” 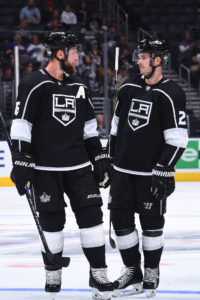 The Shore Boy is no longer really a boy, he’s 27. Nor is Muzzin, who turns 31 in February and is due to become a sought-after free agent in July. He’s more mature, he’s firmer in his confidence and owns a constitution forged from the ore of the decade’s top defensive teams. And much of the conversation on Monday acknowledged that origin. It’s not any sort of referendum or sermon on behalf of a player who has been gone for only nine months and still has many years to play, but a compelling aspect of Tuesday’s game is the path both ex-Kings took to get to it. For Muzzin, that included an injury-marred junior career and Darryl Sutter’s constant dressing-down and building-up. He recalled the things he’d heard directly or read that he’s now able to place in a wider context.

“Maybe because we had a veteran team when Darryl came in, he understood that he could do that with guys and they’d take it okay. It’s what the team is for. A good team and good guys will help you when they know the coach is on you. The coach will call you out sometimes and play mind games with you too when really he’s not meaning what he’s saying, he’s just trying to get a reaction out of you,” he said.

So many buttons Sutter pressed produced the desired stimuli. And he nearly wore out that Muzzin button – as he did with a number of other future champions.

“It made me tough, it made me strong,” Muzzin said. “I don’t know if you can do that anymore with young teams and young guys like that. I feel like you’ve got to be tough, tough-skinned, tough mentally to handle a tough coach and with that being said, we won with him, so maybe that was for the best and it worked. I see two different sides of coaching and to this day, I don’t know which one works best. Maybe you’ve got to play differently with the team you have, and I’ve seen both sides. I’ve seen success from both sides, and I’ve seen struggles on both sides, too.”

Muzzin, expected to return for Tuesday’s game after missing a game due to injury and another for a personal reason, has three goals, nine points, a plus-four rating and typically strong possession and chance-based rates – as well as the experience of subjecting his mind and body to postseason hockey’s extended assault.

“We have guys here that have played a lot of games and had some good years, but no one’s really ever gone far in the playoffs or won anything,” he said. “I’m just trying to bring my experience and my time in LA and some of the [stuff] I’ve learned, with winning a Cup and being around a veteran team, trying to just bring that culture here a little bit. But still, with different guys and younger guys, it’s just a different feel. If we didn’t sign Spezza, I’d be the oldest guy at age 30. To me, in the summer when I heard that, I was like, ‘really, am I that old or is the team that young?’ It’s a different feel.”

Shore continues to do Nick Shore-like things. There will always be opportunity for players with his degree of detail. He’s played in 10 straight games, 12 total, and never mind that he’s scored once on five shots. He has taken 151 faceoffs, 126 of which have come in the defensive zone (per Natural Stat Trick), and his 60.8% rate ranks fifth among qualified NHL centers.

“Everyone’s got to contribute in different ways, everyone on the team everyone has different roles,” he said. “For me, personally, and our line, we’ve been one the ice taking a lot of d-zone faceoffs, trying to create some possession going the other way, be strong on the penalty kill and stuff like that. If that’s what’s asked of you, you’re going to do your best.”

It’s that type of detail that allowed Shore to play regularly under Darryl Sutter and facilitated a return to the world’s top league after a year away, an admirable homecoming that isn’t often gracefully executed.

“I think everyone goes over there with the feeling that they want to come back, and it doesn’t always happen,” Shore said. “For me, once I got this opportunity, I was fortunate, I wanted to make the most of it and hopefully we kind of get on a roll here.” 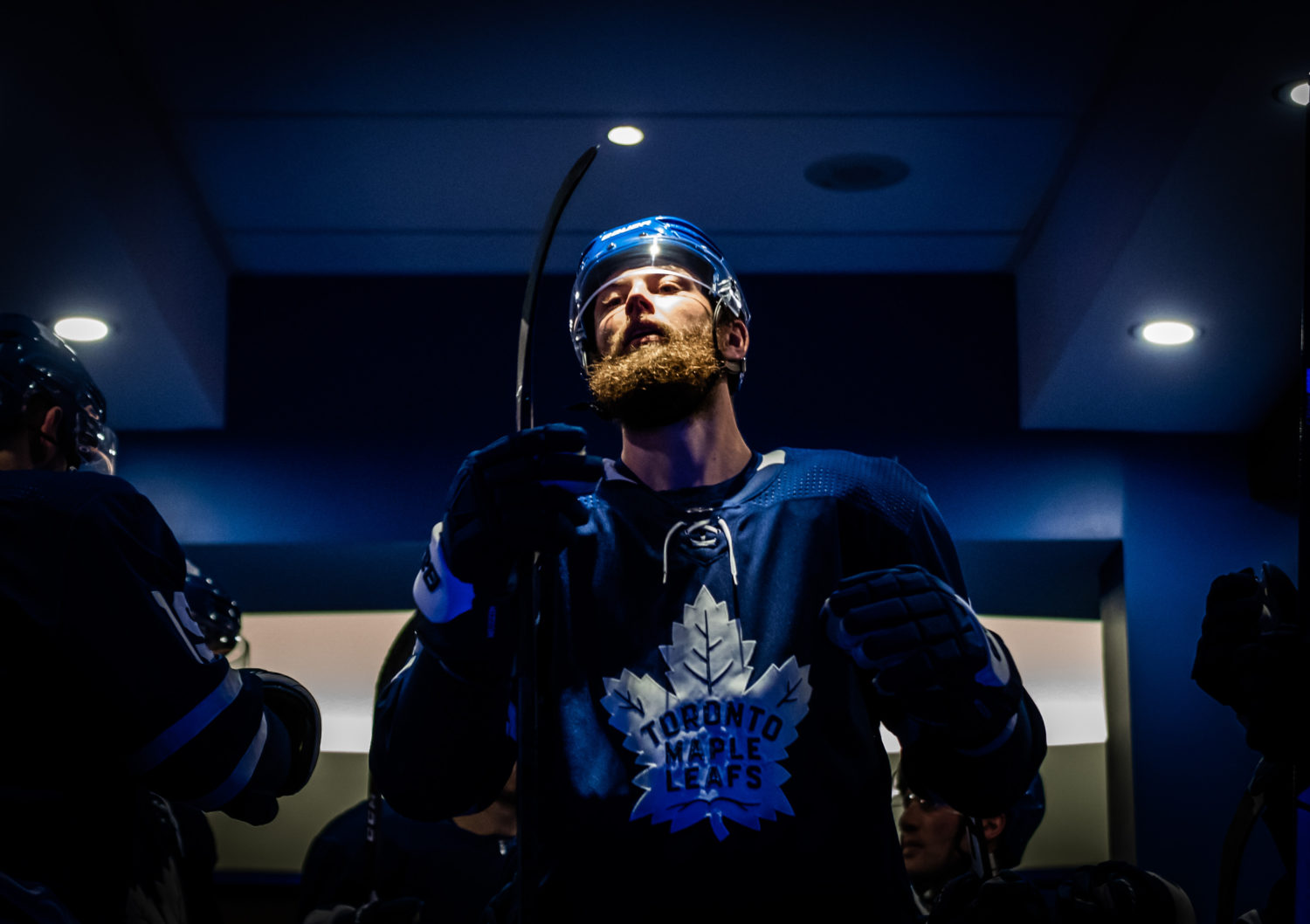 Nick Shore, on playing in Magnitogorsk:
The town as a whole, it’s an industrial town, they’ve got a big steel factory and that’s where most people work. Obviously, that was a little bit of a change for me, dealing with the culture and the language and everything.

Shore, on whether he was able to watch Denver Broncos games in Russia:
The time change, you know what I mean? I think it was 12 hours back to home, so sometimes you’d catch them on the other way around.

Shore, on living with the Muzzins:
It was really awesome for me having Muzz here, talking to him throughout the summer, kind of what to expect and everything. I lived at his house for a couple weeks before I got a place out here. From that standpoint, it’s always good to have a close relationship with someone on the team, but at the same time, this is a good group, and everyone makes it pretty easy. 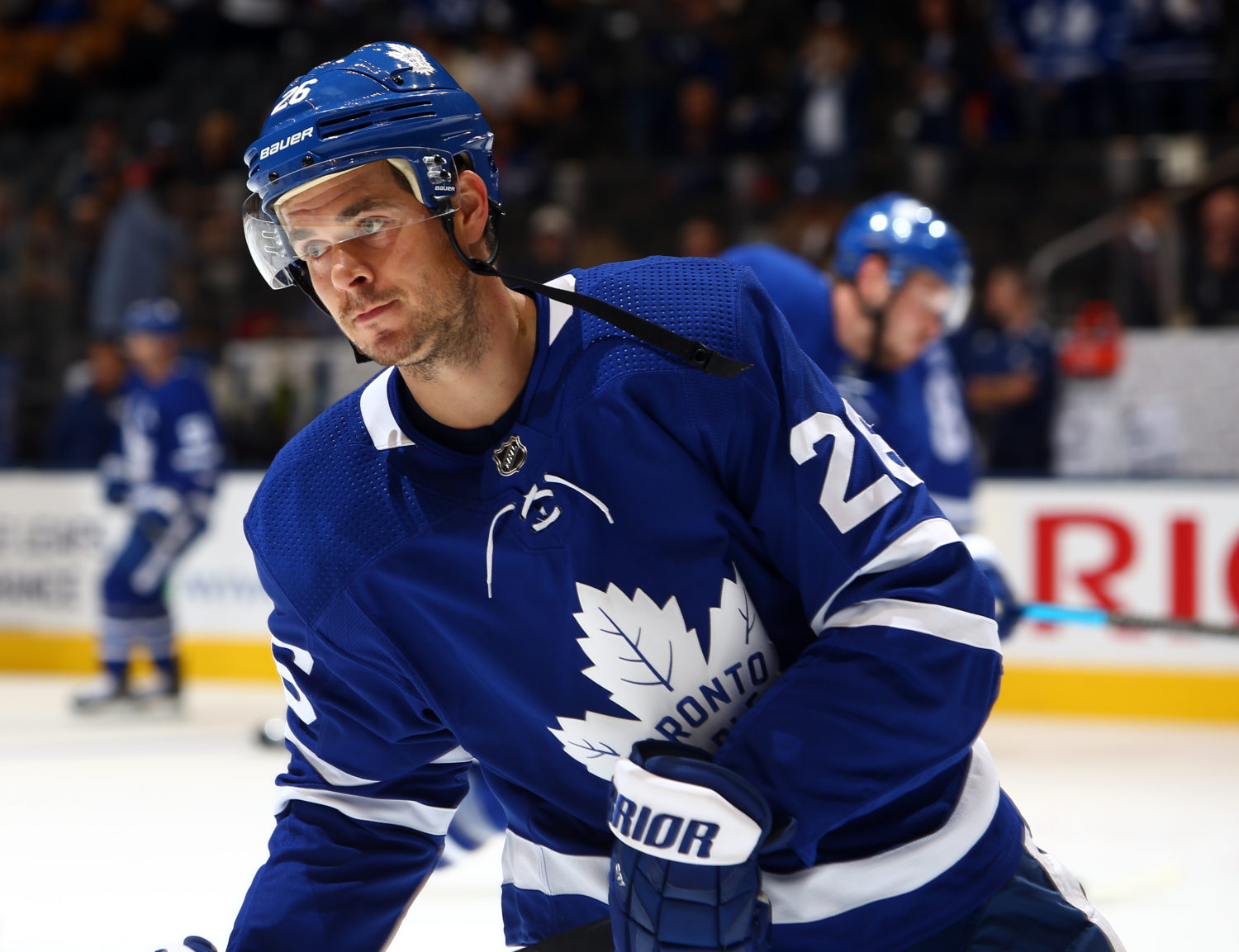