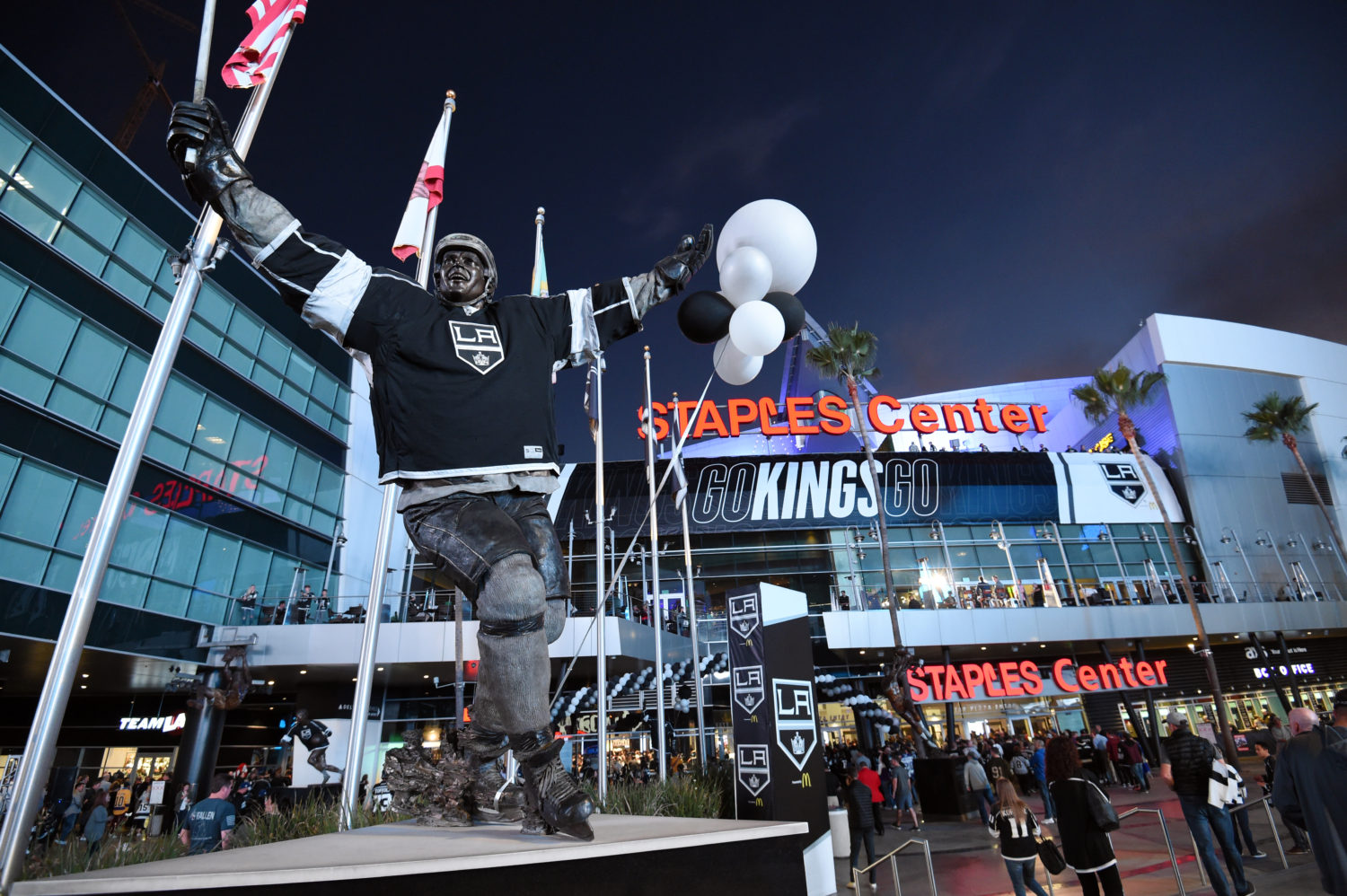 I try to share an update of game ops changes each year, and this year’s presentation will eschew profound, fundamental changes for added interactivity, an emphasis on theme nights and a balance between old and new traditions. I’m sure I’m leaving a few things out, but after having talked with The Busiest Person In Showbiz, Brooklyn Boyars, Senior Director, Game and Event Presentation, Production, Entertainment and Operations, here’s a glimpse of what to expect.

You should add “Working Nights” to Brooklyn’s title, because she’s been multitasking on a number of events since mid-April. That includes Paint the Ice, the draft party, season ticket member and prospect events, the training camp pipeline scrimmage, the Pickwick re-opening, and, of course, Saturday’s opener and fan fest. The team will really be digging into theme nights, and instead of rotating through four or five pre-game hype videos per season, the team will edit 17 new videos and light arrangements to be aired prior to the team’s entrance and starting lineups.

Those who have attended a game in Tampa (maybe 2% of you?) are aware of the theatrical placement of their massive pipe organ. The Kings won’t be introducing anything as visible from all corners of the arena, but organist Dieter Ruehle will be moved to above Section 328 for his 25th season. He’s got a brand new Roland Atelier AT-900 that couldn’t fit in his old spot – he says it comes with a fuller sound and a deeper bass – and his new spot will afford him fewer blind spots above the ice and better atmospheric enhancement, I’m told. Dieter will continue to play his regular medley shortly after the doors open, though I’m also told the playlist between that and the start of the regular, game-night script will feature a more “happy-hour” vibe, and on certain theme nights there will be guest DJ performances near the area where Snoop Dogg performed last season.

Oh, and there will be a drum line for Thursday and Saturday games home games, beginning tomorrow at Fan Fest.

In addition to the operational tweaks, the team has also introduced an interactive feature within their app that allows fans to compete against other fans in Skeeball, trivia and an Adidas accuracy shootout, with prizes and live videoboard coverage surrounding certain competitions during intermissions and stoppages. “I was blown away,” Kings President Luc Robitaille said in our chat last week. “I was like, ‘this is really cool.’ But I lost every time.”

Perhaps more notable is a “You Call It” prop bet-type of game that allows fans to answer unique and customizable questions as the game elapses. Correctly predict that Anze Kopitar will score a power play goal? You’ll get points for that. Predict that the Kings outscore the Ducks 7-0 in the first period? Please give us your Back to the Future II Sports Almanac, but there will be _a lot_ of points for that. There will be a soft launch tomorrow for this predictive game, which will serve as a good introduction to the eventual implementation of prop bets and actual NHL in-game wagering. These games are available now on the Kings’ page on the NHL app, below “Account Manager” and above “Schedule,” and I’m told there will be competitions per game, per period, and cumulative scoring. You can also visit LAKings.com/games to play on your laptop. You Call It will also be available for road games.

The Kings will also be introducing expanded audio streaming on the LA Kings Audio Network. Kings Men Podcast host Jesse Cohen will host an hour-long pre-game *CALL-IN SHOW* beginning one hour prior to puck drop of every home game (i.e. 2:00 p.m. Saturday and 6:00 p.m. Sunday this weekend). Nick and Daryl will continue to host the post-game Kings Talk call-in show for all home games (and select road games, like in Anaheim).

More podcasts! In addition to the expanded live game day coverage, there’s also a Fox & Faust Podcast (my suggestion for it to be named WHOA!cast was nixed). I strongly recommend everyone listen to all of the audio offerings, but this one especially so. There are no time constraints, so no need to be pithy. These are two wonderful storytellers with the ability to stretch out and dig in to arguments, analysis and recollections, and I loved the first episode.

There’s also an Untitled Jack Jablonski Project in development. The Kings are currently looking for a co-host. Details are here; this will be a show that skews younger and will broach broader hockey and culture topics.