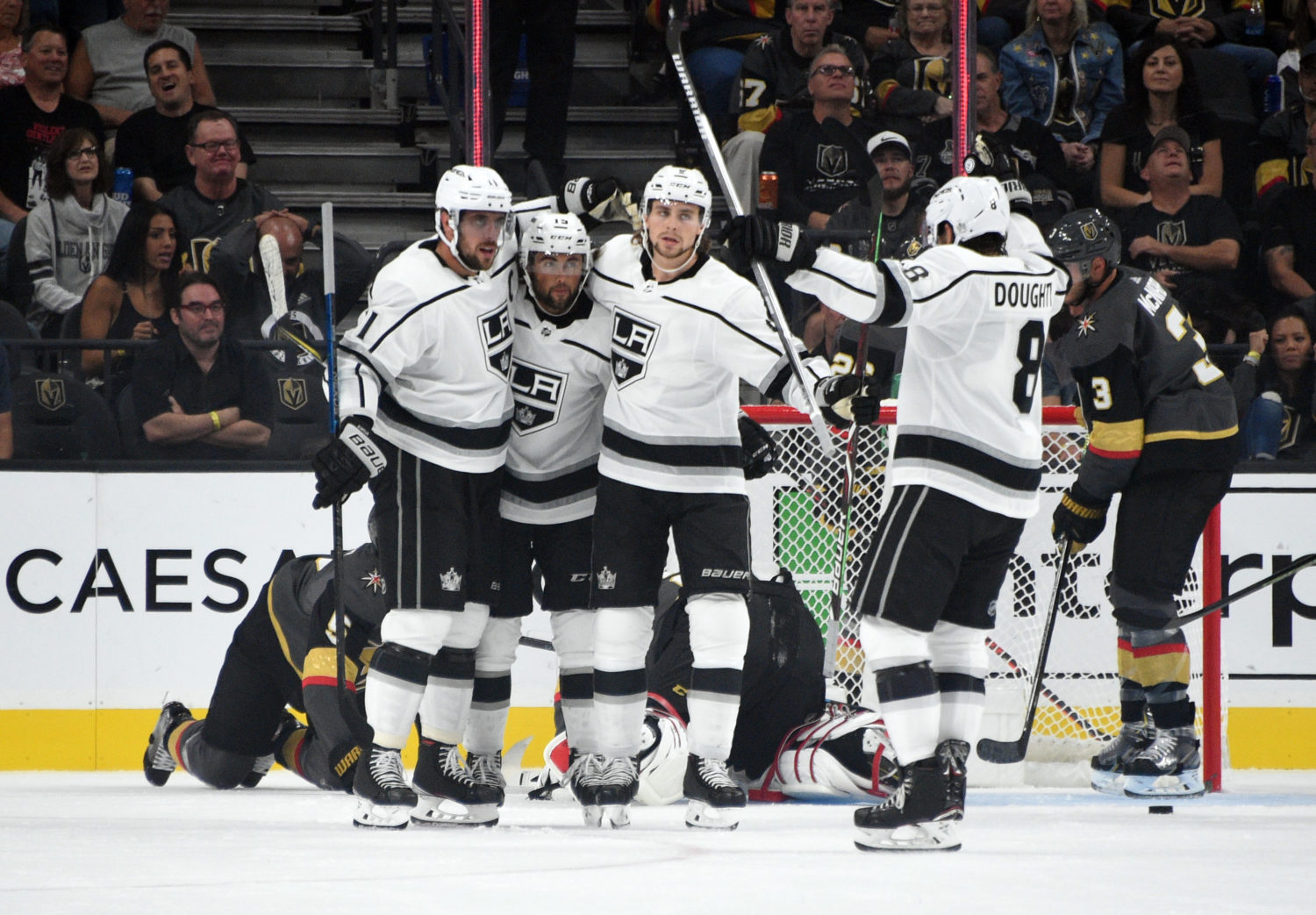 Paul LaDue and Mario Kempe cleared waivers on Monday and were assigned to AHL-Ontario and Derek Forbort was designated as an injured non-roster player as the LA Kings finalized their initial 23-man roster in advance of Tuesday’s deadline.

Keep in mind that the October 1 roster may be different from the October 5 roster. There is no roster freeze. The October 1 date is simply the deadline for teams to become cap-compliant with a maximum 23 players. That combination of players, plus Dion Phaneuf’s buyout penalty and Mike Richards’ termination and recapture penalties, is approximately $76,359,394, according to financials supplied by CapFriendly. But the exact number may be a touch off, as Forbort’s “injured non-roster” designation has the potential to affect the team’s cap space. While they’re well shy of the $81.5-million ceiling, as expected, they’re much closer to the cap of 50 maximum contracts – a number that would drop from 48 to 47 in the event Tobias Bjornfot is loaned to SHL-Djurgardens before playing in 10 NHL games. That’s why they’re probably not going to pluck anyone off waivers in the next 16 hours, even though there are some interesting names available (Joshua Ho-Sang, Christian Djoos, etc).

Todd McLellan said on Friday that in a perfect world, an ideal roster would “have one extra forward and one extra D, and that’s it,” though waiver status, available ice time and developmental opportunities complicate such an endgame.

The team was off on Saturday and has a charity event on Monday, so Sunday’s practice was a good “work day,” according to McLellan.

“No new concepts,” he said. “Pace, a little grinding. Well, a lot of grinding. The numbers obviously went down, so the tempo got going a little quicker. Fewer breaks, less rest time, and a bit of a test to see how we would respond after having an off-day on the weekend, and they passed.”

As the only team with eight full days between their final preseason game and the season opener, Los Angeles will enter the season with a longer break than any other team. That’s not necessarily a bad thing, even as other teams have an earlier opportunity to get up to game speed.

“The practice part of it, we need time, anyhow. We need time to work on our game. If we were playing tomorrow, we’d be bitching that we didn’t have enough time. We’ll take what we get,” McLellan said.

Next, he’ll introduce the “unique parts” of the game that are point-specific – overtime and shootouts among them – and start filling them out with personnel. There will also be ample special teams work that will follow a performance in Vegas on Friday in which McLellan was happy with the in-zone power play work but not with the means of arriving there.

“To get into the zone [in Vegas] was not a very pleasant thing to watch, so we’ve got a lot of work to do there with our sense of timing, where we need to be, the pace of it, what we’re trying to accomplish, why we’re trying to do it. There’s a lot that needs to be done there, in my mind.” 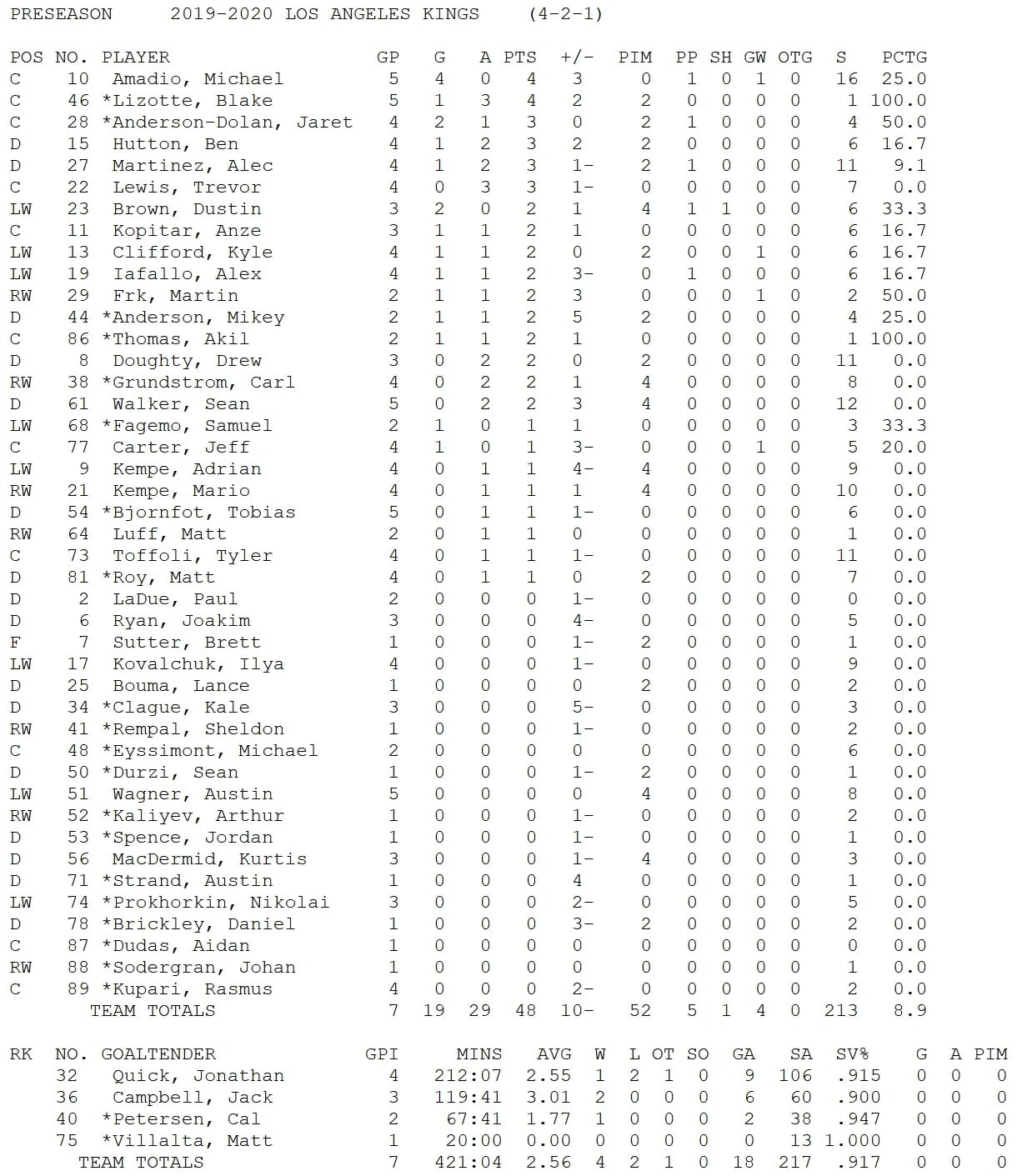