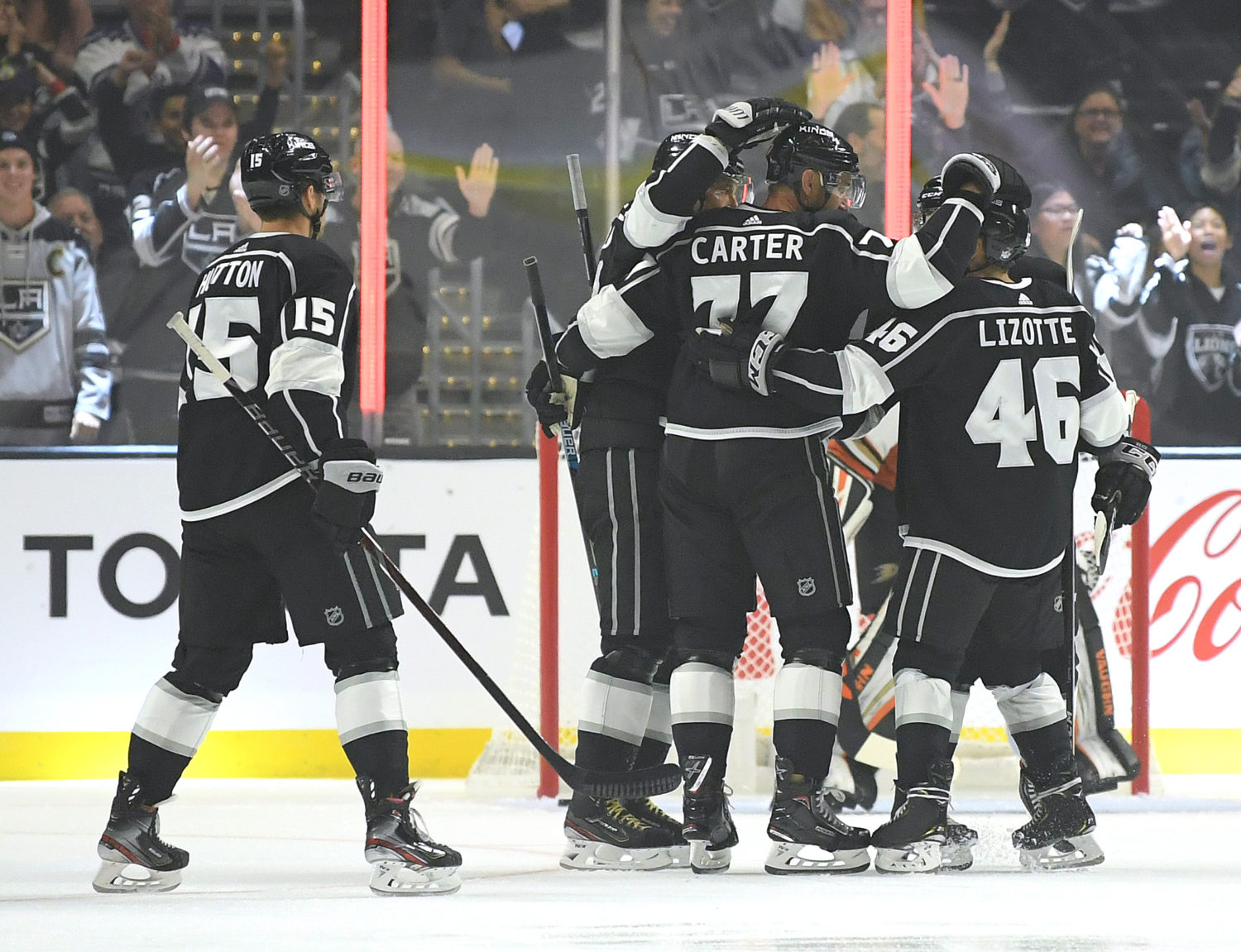 Todd McLellan, on how the team improved on Monday:
I thought better game management. We’ve witnessed a game where we gave up the lead and a little bit of sloppy play late in the game in Salt Lake City. I thought we managed ourselves down the stretch better. I thought the penalty kill improved from the night before. Individuals looked like they were more comfortable playing, e specially the young ones. The older players provided some leadership. You take Kovy and Carts for example to play with Blake, they were talking a lot on the bench with him as an individual and made him feel comfortable. Drew with Bjornfot as well, so those were all steps in the right direction. We got to see Cal play a really good game. It leaves us with a lot of confidence in the depth of the goaltending, so there were a lot of real positives tonight.

McLellan, on how much the penalty kill has been “tweaked” or evolved:
We haven’t really tweaked it, we’ve just implemented it and we pick a piece of it almost on a daily basis and just try and work on that one specific area. It’s funny – the players are so advanced, they’re almost playing chess and th4e coaches are playing checkers. We want to get the simple little thing down, and they’re already talking ‘what if’ and ‘when this happens.’ ‘No, just do this right now, and then we’ll get to the next piece, and we’ve been piecing things together. It’s been coming together slowly, but we’re asking for their patience right now. Let’s perfect one area and then get to the next.

McLellan, on whether Drew Doughty’s guidance of Tobias Bjornfot has been natural:
I think the players here set themselves up pretty well for providing good leadership, coming in with good habits. They’re going to practice like they mean it. Again, I don’t want to keep going to last year, but I just read comments, I listened to individuals. Hey, they had to lay it on the line to this point so far, and then carry it all the way through the year. They spoke up. When you put your name on the line like that at the end of last year, you have to provide the team with those things. My understanding is that Drew’s done that quite a bit in that situation, but there are others that have stepped up. They were and they are a proud group, and they’re not happy with the way it was last year, so they’re trying to do their best right now. I’m happy they’re bringing the kids along, because the kids can play. There are some good young players here that are really pushing. Is it their time? I don’t know, we’ll have to figure that out. But there are some good young players here.

McLellan, on Tyler Toffoli’s preseason:
I think Toff has gotten better every game – Game 1, Game 2 and Game 3. He made good, smart plays tonight, he broke plays up. We’re probably all looking for Toff to skate down the win and shoot it by the goalie 40 times. It’s a tough thing to do in this league. I’m looking for him to play well positionally, to make good, smart plays, break things up, work for his teammates. I saw a lot of that tonight. I thought he had a real solid game and got better as the camp’s gone on. He’s got to be feeling pretty good about himself. Has it gone in the net for him? No, but that’ll happen eventually.

McLellan, on Kurtis MacDermid’s use of his stick in defending:
Trent Yawney has worked a lot with the back end and positioning and how we want them to play certain areas of the ice. We saw a lot of that on the penalty kill where Dermie broke it up, but he’s got control of his body right now, he’s putting his stick in a good position. He still has that physicality to it, but it’s under control and he’s well positioned.

McLellan, on whether Cal Petersen could “slip in” to an NHL roster this season:
I don’t think anybody just ‘slips in.’ You’ve really got to work, especially in that position, but he’s put his time in and he continues to hone his craft. I see when he comes in and sits with Billy and they go through certain situations he asks great questions, he’s inquisitive. If there’s a breakdown he wants to work on that part of the game. He wants to improve, and if some players are impatient and they give up on that improving, I don’t see Cal in that situation. He’s going to remain patient, he’s going to wait for his opportunity and he’s going to continue to work, and if he does that, he’ll have a good, long career.

McLellan, on Ben Hutton:
Tough situation for him to come into. Tough summer. Probably thought he would be a little more comfortable than he is contract-wise, but he obviously did some homework. He’s in pretty good shape. He’s come in, and for him to pick up the classroom as quick as he has, it’s been pretty impressive. He’s done some really good things – retrieving pucks, breakouts. He’s an NHL defensemen. He’s got poise and he’s been here before, so we’re seeing that.

Jeff Carter, on training camp:
I think the pace in camp has been good, and I think that’s helped me get going. I felt better my third game, and I’ve felt like I built it. I feel good.

Carter, on Blake Lizotte playing between him and Ilya Kovalchuk:
He’s fun to play with. He’s got a motor, and he goes. He never quits on pucks, he always seems like he’ds in the right spots and he’s turning pucks over. And he’s got great skill – he can make plays, so he’s fun to play with.

Carter, on whether it makes any difference whether he plays center or wing:
No. I’m comfortable wherever. I’ve played both in my time here. Whatever works.

Carter, on the preseason:
I feel good. I think the pace of the camp’s been high, and it’s helped to get up to speed. I feel like by the third game, I’ve kind of built every game – built it up – so I feel good.

Blake Lizotte, on whether this is his standard energy level:
I try and bring my best every night. Obviously, you’re at the highest level now, so there’s a little extra something there, a little motivation, for sure. But all the way growing up, whether it was squirt, high school, junior, college, I’ve always tried to bring intensity like that. But for sure, when you’re playing against the best in the world, you’ve got to bring that extra little edge every night.

Tobias Bjornfot, on whether he was encouraged with his performance:
Yeah, I felt very good out there, and to play with Drew Doughty, they say he’s a good person and a good hockey player, too, so I felt comfortable out there.

Bjornfot, on whether Drew Doughty makes it easier for him:
Yeah, he makes it easy, he talks a lot, so it’s easy to make the play, and he’s a great hockey player, too. 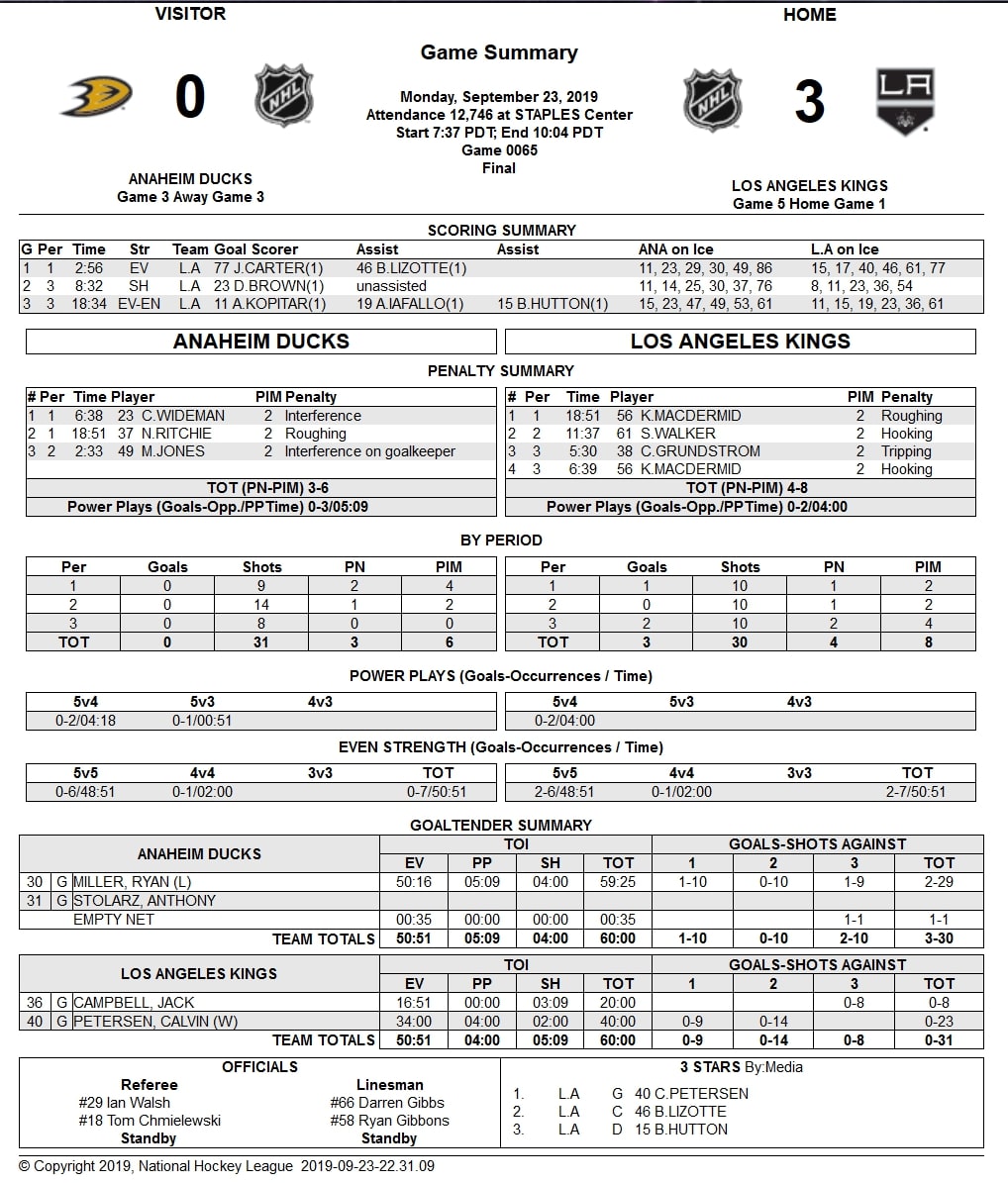 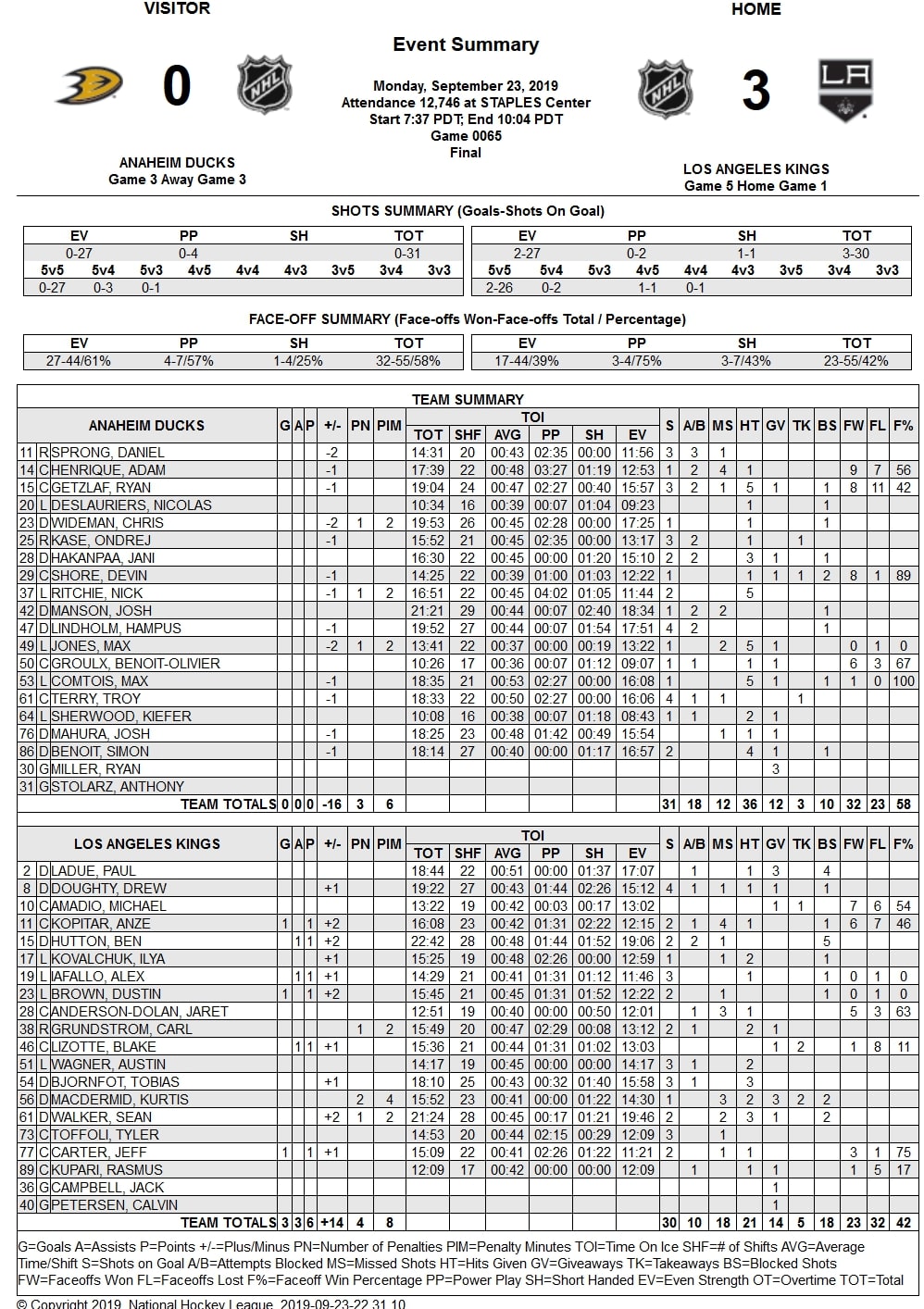 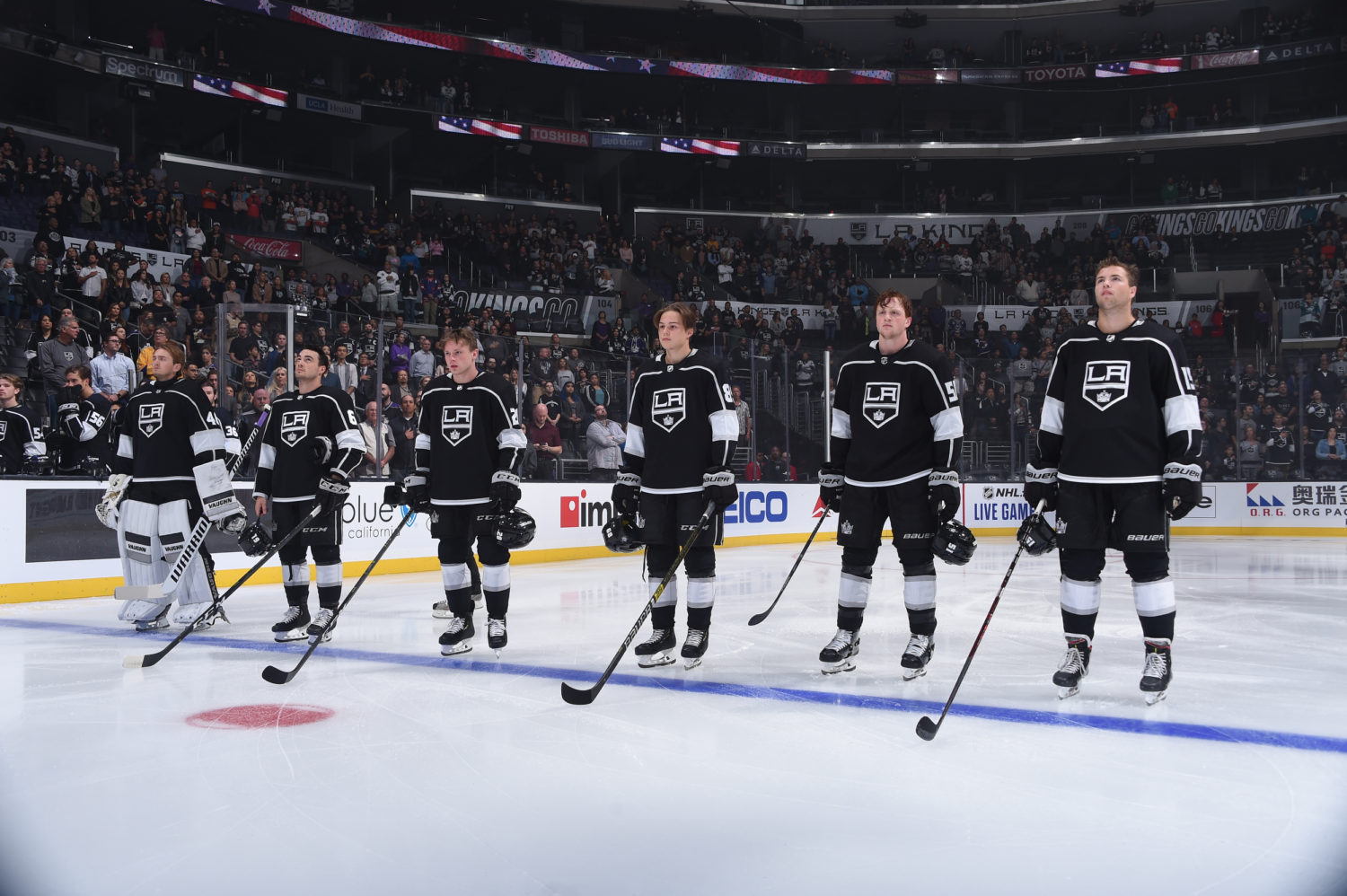 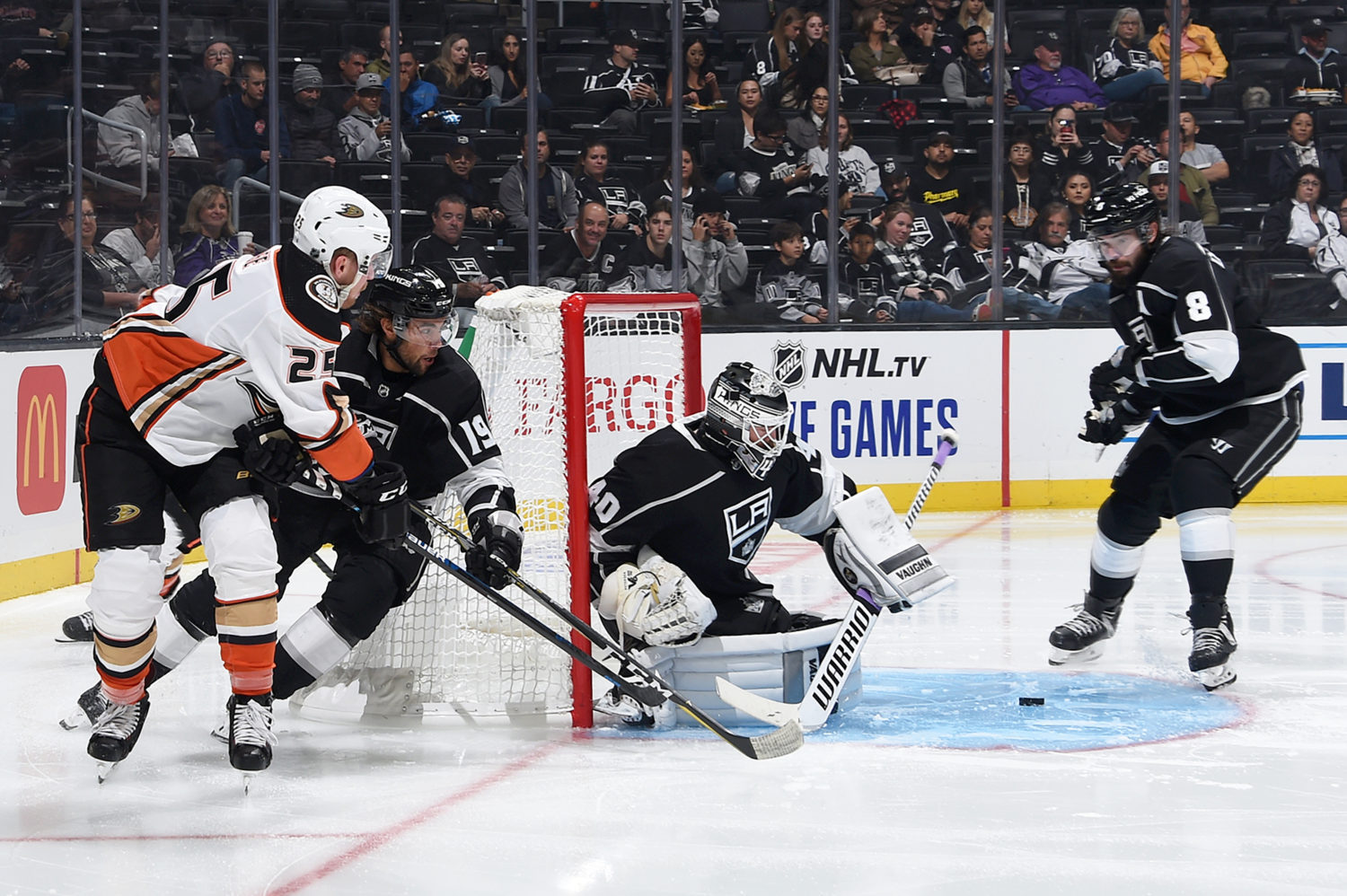 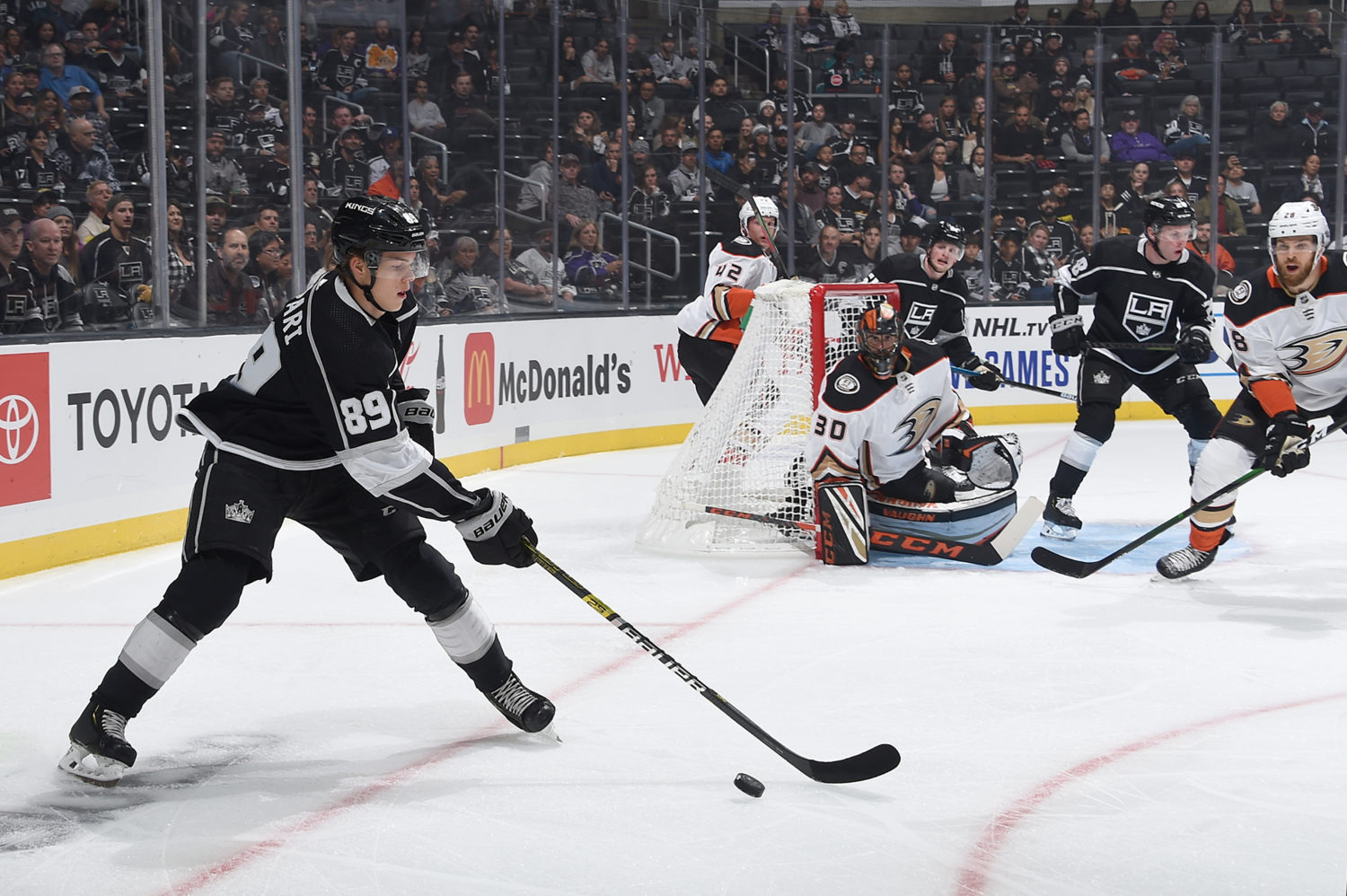 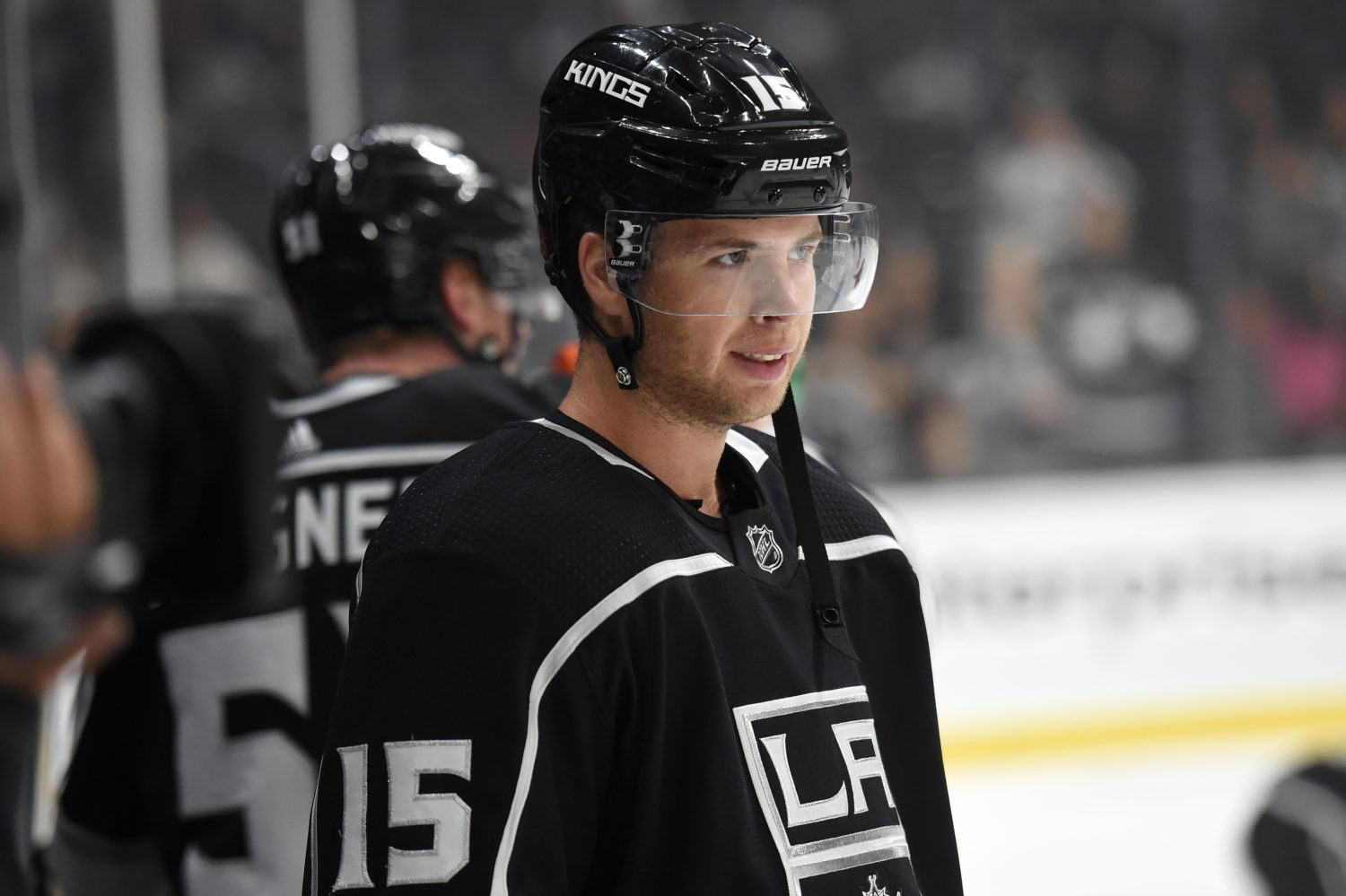 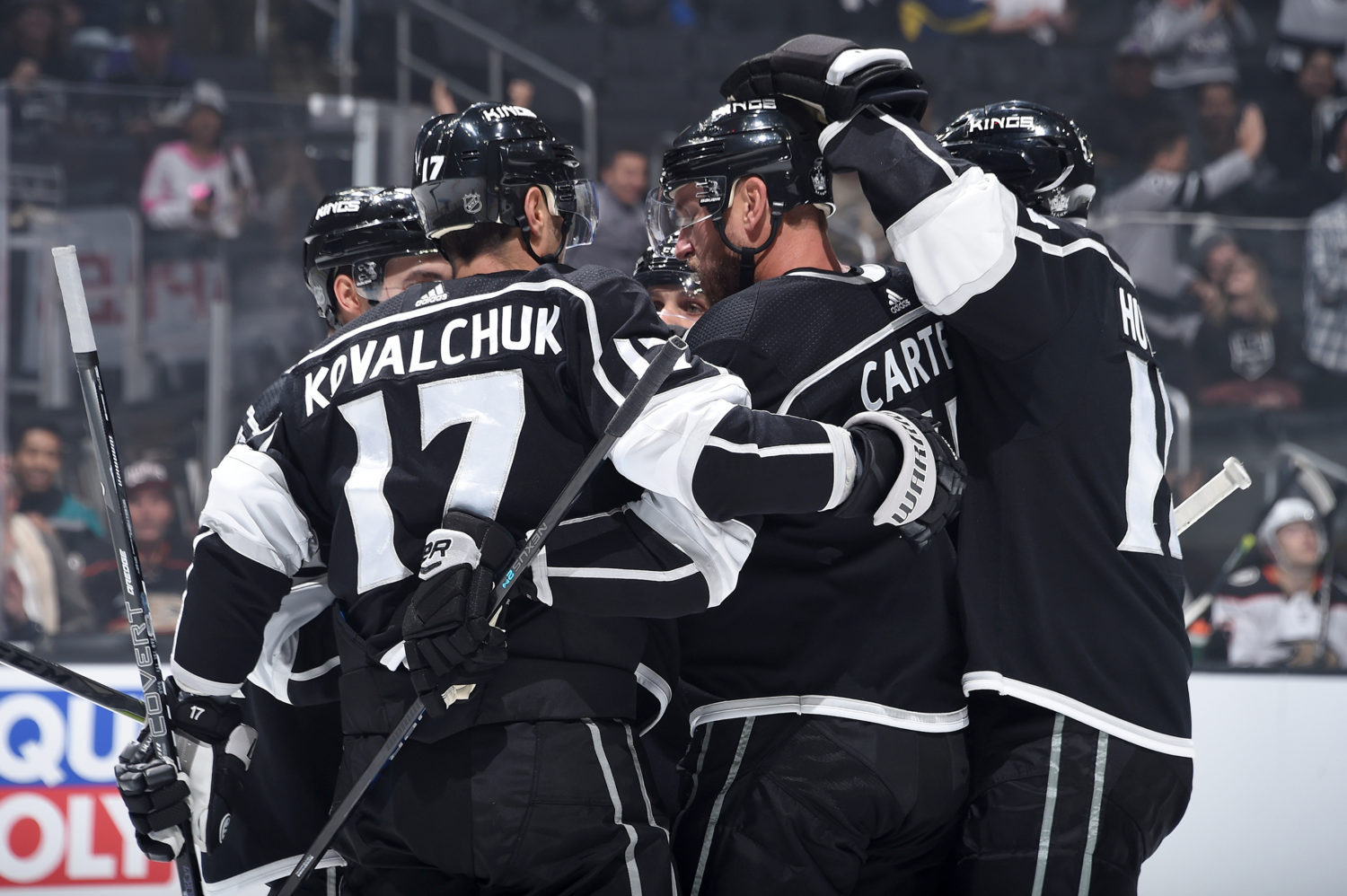 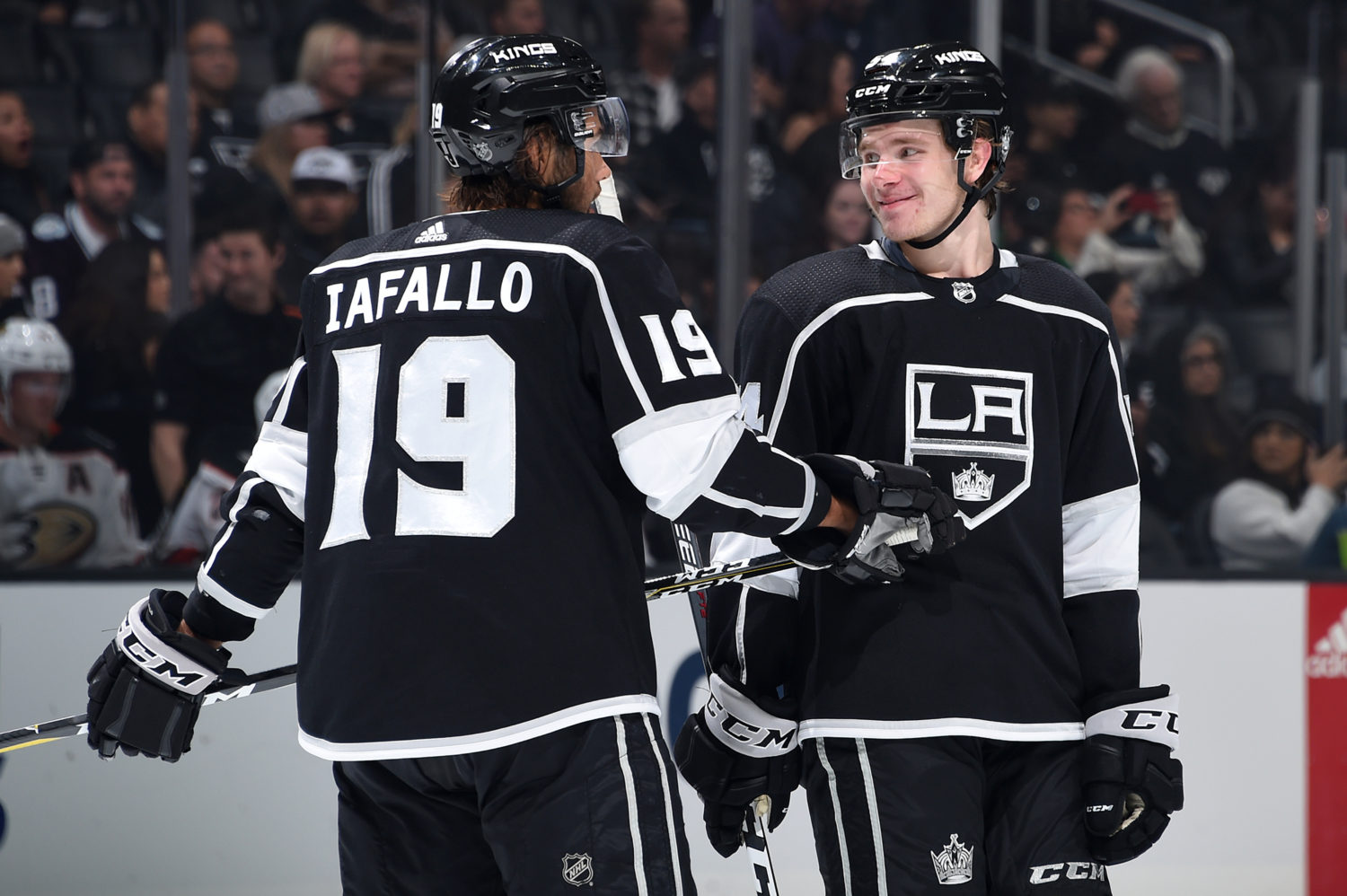