Line rushes vs Vegas; Kovalchuk back on skates soon; game on NHL Network 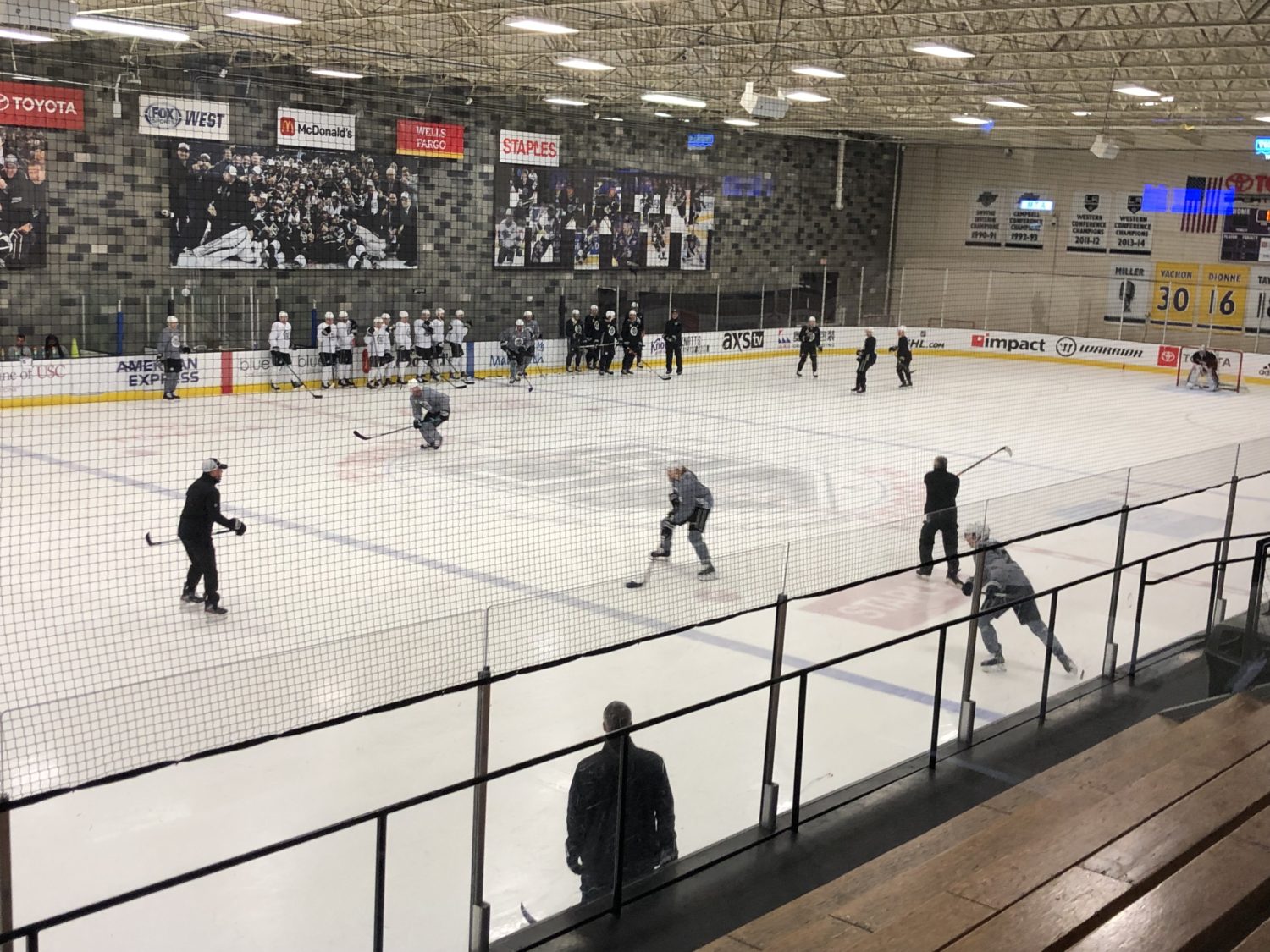 The LA Kings face the Vegas Golden Knights at 7:30 p.m. tonight at Staples Center and showed this alignment at today’s morning skate:

— I didn’t see Ben Hutton at first but then, there he was, like an El Segundo oasis. I’m not sure if he joined the group late or if my eyes were lazy, but he was wearing #15 and was an extra. How far behind is he? “Only five days,” according to McLellan. “I think it’s five now, and veteran players that have played in the league, they already have that sense of time and space and nerves and what it’s going to feel like to play in a building, so he’s got that under his belt already. The big thing for him is getting his personal life in order here – finding comfort in the community, finding somewhere to live, and do all that type of stuff so that’s put aside by the time the regular season starts. He’s probably behind in that area. The hockey concepts he’ll catch up real quick.” More to come from Todd and Ben.

— Paul LaDue (knee) joined the group late but is expected to get into preseason games, as shared yesterday by McLellan.

— Ilya Kovalchuk’s dealing with something minor. “He’s getting treatments right now and hopefully he’ll be back on the ice in the next day or two,” McLellan said.

— Jonathan Quick left the ice first and is the presumed starter against the Golden Knights. Oscar Dansk will start for Vegas, per Ben Gotz of the Review-Journal.

— Multiple defensive pairs left the ice at the same time, so it wasn’t possible to get clarity on what tonight’s defensive rotation will look like.