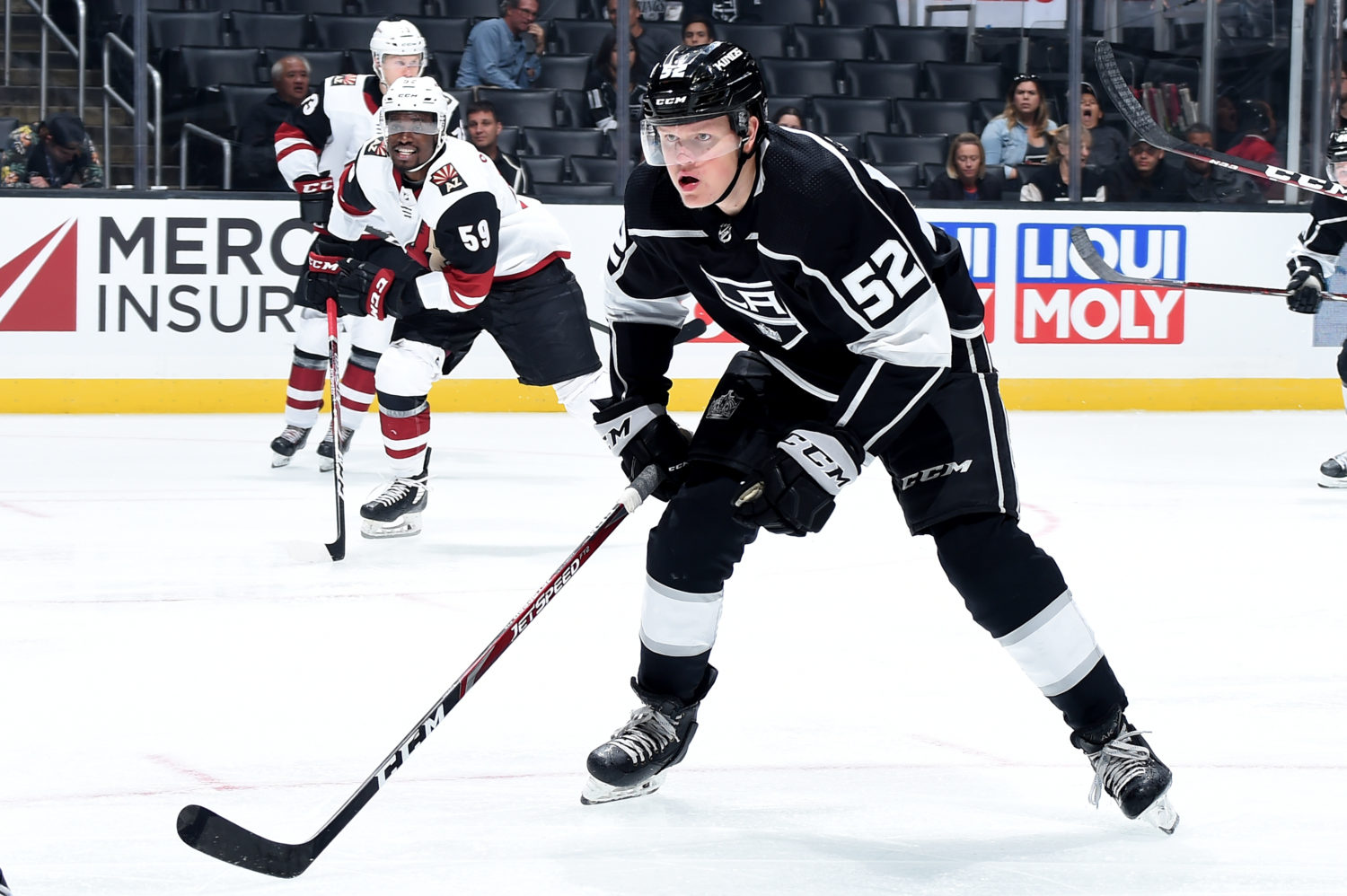 Major junior teams begin play this weekend, so there’s nothing particularly shocking among this round of roster moves. While all of these players are certainly worth keeping tabs on, keep a close eye on Spence (2019/4th) this season. The mobile 5-foot-10 defender saw regular time in the main groups rather than Group C as camp progressed and made his NHL preseason debut as an 18-year-old at Staples Center last night. I’d been hearing some good things about him that I’ll expand upon this season.

As for Constantinou and Yantsis, the Kings will continue to keep an eye on them. Constantinou, especially, is a player who’ll continue to draw focus and essentially should go through a second draft year. Keep in mind that in 2011, Colin Miller was an invite to training camp and returned to Sault Ste. Marie, where he built on his previous season and was selected by the club in the fifth round in 2012. The Kings like both players, and watching Constantinou in the Anaheim rookie tournament, much of his ability was as advertised: he evaded forechecks to advance the puck, got pucks through to the net and provided offense, and was occasionally beaten on coverage and down low in the defensive zone. He’s a good skater with some skill, though, and teams are always keen on defensemen with the capacity for offense, so he’ll be another to continue to watch.