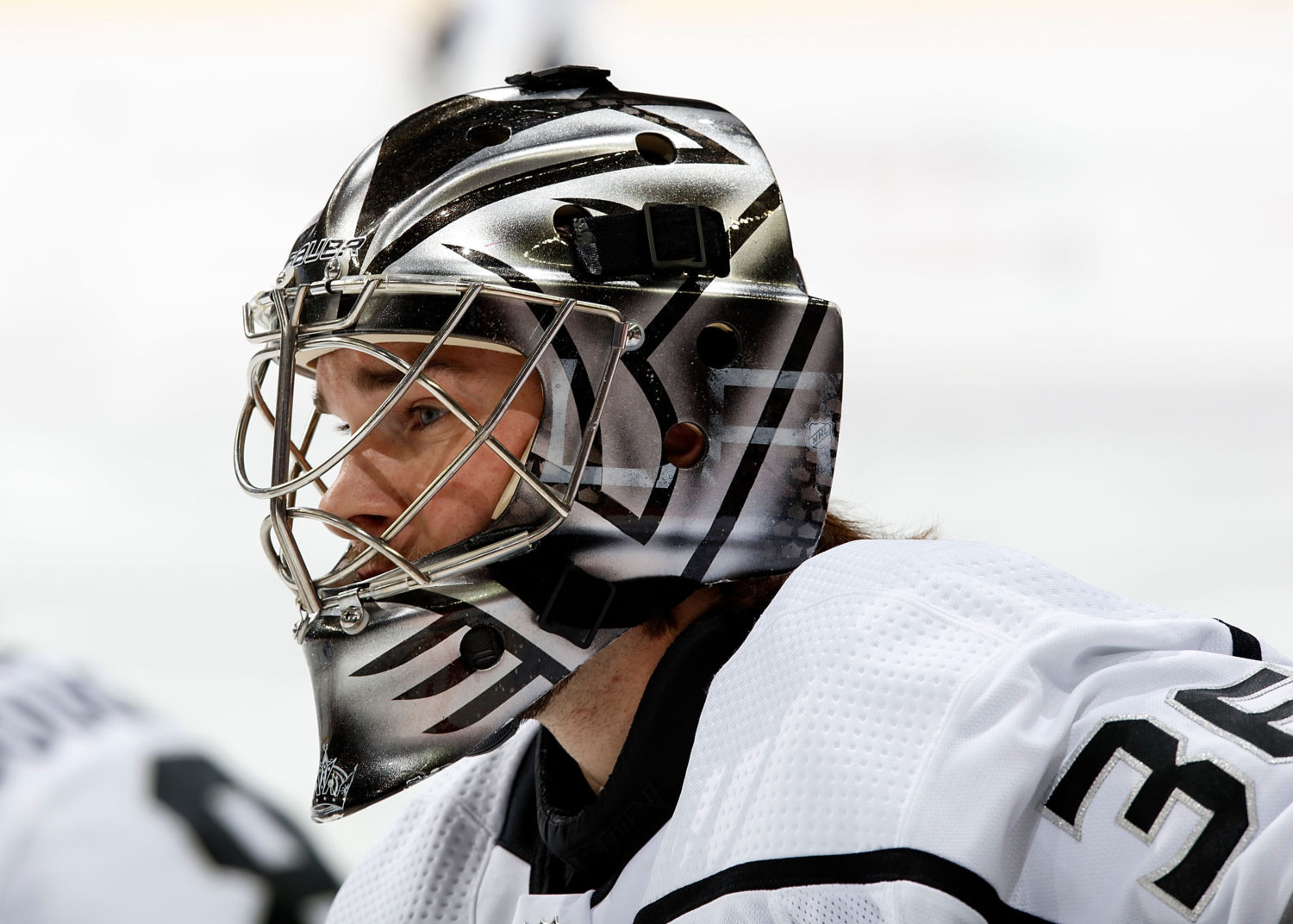 Acquired by the Kings from the Dallas Stars on June 25, 2016 in exchange for defenseman Nick Ebert, Campbell has provided quality and unsung goaltending since joining the team full-time in the second half of the 2017-18 season and earning important points down the stretch that season. Campbell’s acquisition and two extensions with the club represent good value and, by virtue of his strong play, an earned reward for the work the goaltender put in with Goaltending Coach Bill Ranford and Dusty Imoo, previously in Goaltending Development, in resurrecting a promising career. It also does bring the goaltending chain back into the spotlight, and while any team would like to have three viable options in net, the Jonathan Quick-Campbell tandem with Cal Petersen waiting in the wings in Ontario will again breathe life into the discussion over how the position sets into the future with Quick signed for four more seasons and Petersen – the only goalie last year with more than five performances to post a five-on-five save percentage greater than .950 – recently re-upped to a three-year, $2.575M contract.

“He’s probably our hardest worker in practice, and I think that translates for him in the game,” Dustin Brown said of Campbell, who ranks second in the league with a .930 save percentage. “He competes – I mean, that’s the one thing that’s just through the roof for him is just how hard he competes, and he’s been really good for us all year.”

It’s not uncommon to see Campbell return to the room after a practice so drained that he needs several minutes to catch his breath.

“I’ve told him before sometimes he might need to tail it back – that’s how hard he goes sometimes,” Brown said. “When Quickie got hurt, he was still going really hard in practice and he was playing a big chunk of games. It’s one thing to go really hard when you’re playing once every two weeks, but he’s managed it really well, and like I said, part of the reason I think he’s so good in games is because of how hard he practices.”

Barring anything unexpected, Campbell will open up the season alongside Quick on the Kings, with the rotation determined by Head Coach Todd McLellan, who will speak to that rhythm during training camp. But Petersen committed to the Kings as a high-profile goaltender who chose to sign with the club rather than Buffalo, which drafted him in the fifth round in 2013. Blake spoke about that while meeting with the media at last week’s State of the Franchise forum, saying, “I think that obviously comes in. We love him to battle and everything, but we know we have Quick, and we know we have Campbell, and Cal can still develop at the level by playing a lot of games in the American league, if that’s where he is. He got his taste [with the parent club] last year. Part of it was we wanted to show Cal we believe he will be the future coming in through here, and we wanted to make that commitment to him this summer.”