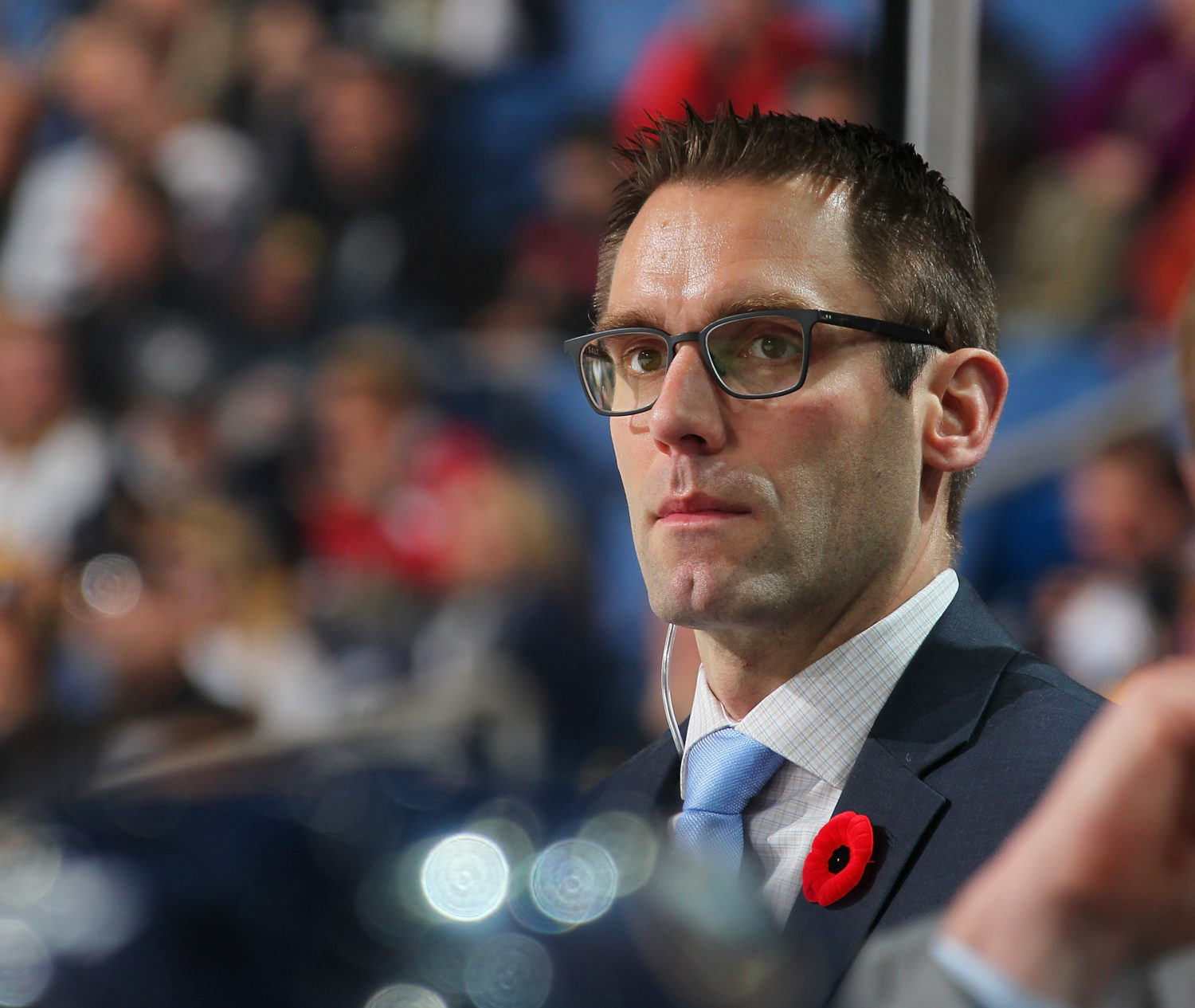 The Ontario Reign rounded out their on-bench coaching staff earlier this week, adding Chris Hajt as an assistant coach under Mike Stothers.

Hajt should be a familiar face for Reign fans, serving in the same role from 2015-17 before spending the last two seasons as an NHL assistant coach with the Buffalo Sabres.

“It was terrific, the way Chris and I got along right from day one,” Stothers said of Hajt. “We’ve had some success together, with the team that was in Manchester and he’s now got two years of experience at the NHL level with Buffalo. Now, he’s been outside the Kings culture and he’s got some different ideas from a Phil Housley, an NHL Hall of Famer and All-Star, and he’s worked with a good staff there, so there might be some fresh and bright ideas. Just the fact that you’re playing in the NHL and the stories he can relay to the younger players about certain individuals that they coached in Buffalo, I think it’s valuable for us as a staff. Because you get a guy that you’re familiar with coming back, I think it makes it more comfortable for him, as a guy that knows some people in the organization. It’s good. I think it’s good for Chris, we’re excited for him.”

I sat down with Chris earlier this week to get his thoughts on returning to the Kings/Reign organization, what he learned from his time in Buffalo and the differences between working with NHL and AHL players.

Ontario Reign Insider: How did the process of returning to Ontario come about, it seems like things moved quickly from ending in Buffalo to starting back here.
Chris Hajt: Over the course of the whole process, after the year was over with Buffalo, I was able to talk to people and reached out to a lot of different people, or had people reach out. [Buffalo] was something we stayed in contact with until there was a definite no or yes in returning back. When I wasn’t going to end up returning back, that started the process a few weeks ago and that how it all kind of started.

ORI: Did your familiarity with the Kings and Reign make it an easy choice to return when the situation arose?
CH: Absolutely. Just the LA and Reign organizations for three years treated myself and my family with class and treated us very, very well. The organization itself and the pride that it has, it’s one of the best organizations in sports and obviously coming back to work with a guy like Mike Stothers, who I worked with for three years and enjoying that experience, being able to work with him again was a huge part of it too.

ORI: What is your relationship like with Stutts and what’s your process like when working together?
CH: You know what, first and foremost, he’s a great human being. He treats people with respect and with good people, you tend to have success as long as you do your work and work hard. I think trust is a huge thing, where if you build that trust then you’ll get along fine, where you go to bat for each other, you support each other. Again, the three years together, we had some real good teams and success, but we also had each other’s back and were able to have that foundation, along with others. It wasn’t just us two, it was our goaltending coaches, our video coaches, development staff and training staff, everyone that was along with it. As far as our relationship, it’s a real good relationship.

ORI: What did you learn from your time with Buffalo and how are you different as a coach from when you left Ontario in 2017?
CH: Getting the experience at the NHL level, you’re coaching the best players in the world and you’re seeing many different things, systematically, the structure. With the ability of the players to get there, you have a better understanding of what it takes in today’s game in order to get there. You see the superstars really separate the skill level or the pace of play, versus the American League, a developmental league, where you have younger players who are finding their game or developing their game. You understand that right away, making adjustments, having a busier schedule playing 82-games where you’re, as a coach, constantly getting prepared for the next game. In the AHL, you’re getting prepared for the next game, but a lot of it has to do with individual skills and trying to get players better. Hockey’s obviously excellent in the NHL, but in the AHL you realize how good of a league it is too. You have guys that are called up and you understand what they’re going through and where they need to get to, you can tell that right away.

ORI: What is the difference in your messaging, or how you deliver your message, to AHL prospects versus NHL players, if any?
CH: You know, it’s a very similar message. Players today want to know why they’re doing something, they want to see how it’s going to benefit them and the light at the end of the tunnel. Ultimately, everyone wants ice time and they want to get better, so it’s no different than a player in the NHL or the AHL, that’s what they want, that’s what they strive for. Our job is to convince them that whatever you’re teaching, that’s the right way of doing it, or within team play, playing within a team structure, that’s going to benefit you as a player, so that doesn’t, in my opinion, change with NHL and AHL. Again, the NHL guys might be a little bit more polished at a certain skill, or have certain strengths in an area that are elite and you’ve got to get the AHL player to that peak.

ORI: Does working with today’s athlete, who wants to know “why” make things more challenging for coaches?
CH: I don’t think so. For us, it’s important to know why too, why we’re telling them these things and how it’s going to, in the team framework, make us a better team. The biggest thing is, as a coach, that you care about a player’s well-being and they see that as well and you put that together and you’re going to have a good relationship with a player. You’re going to be able to lean on him in hard times or give him the honest truth that he needs to be better or that he’s doing great things. Being positive is a huge important thing as well. You need to develop relationships with today’s athlete and that’s a very important thing. 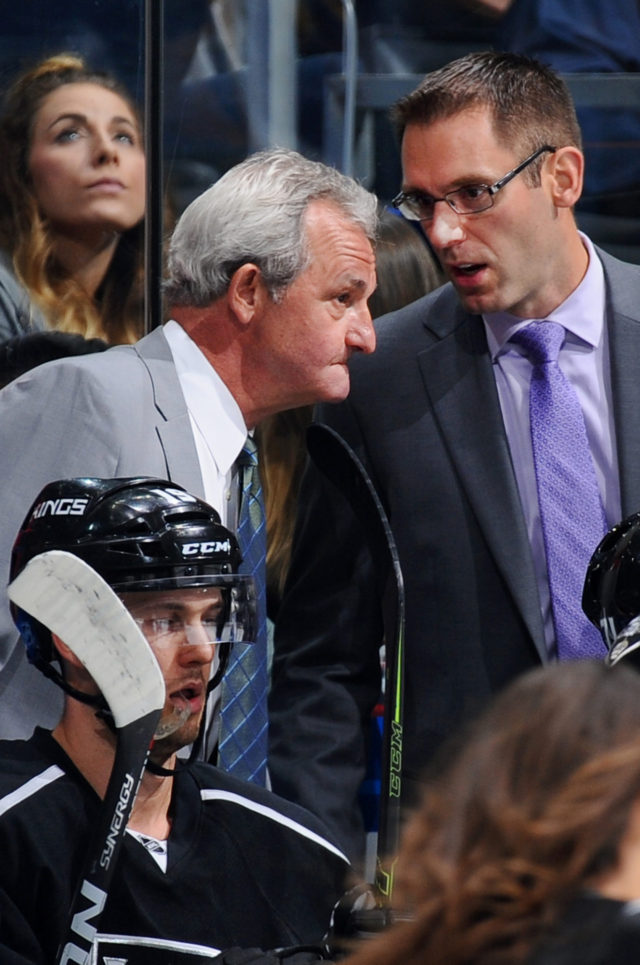