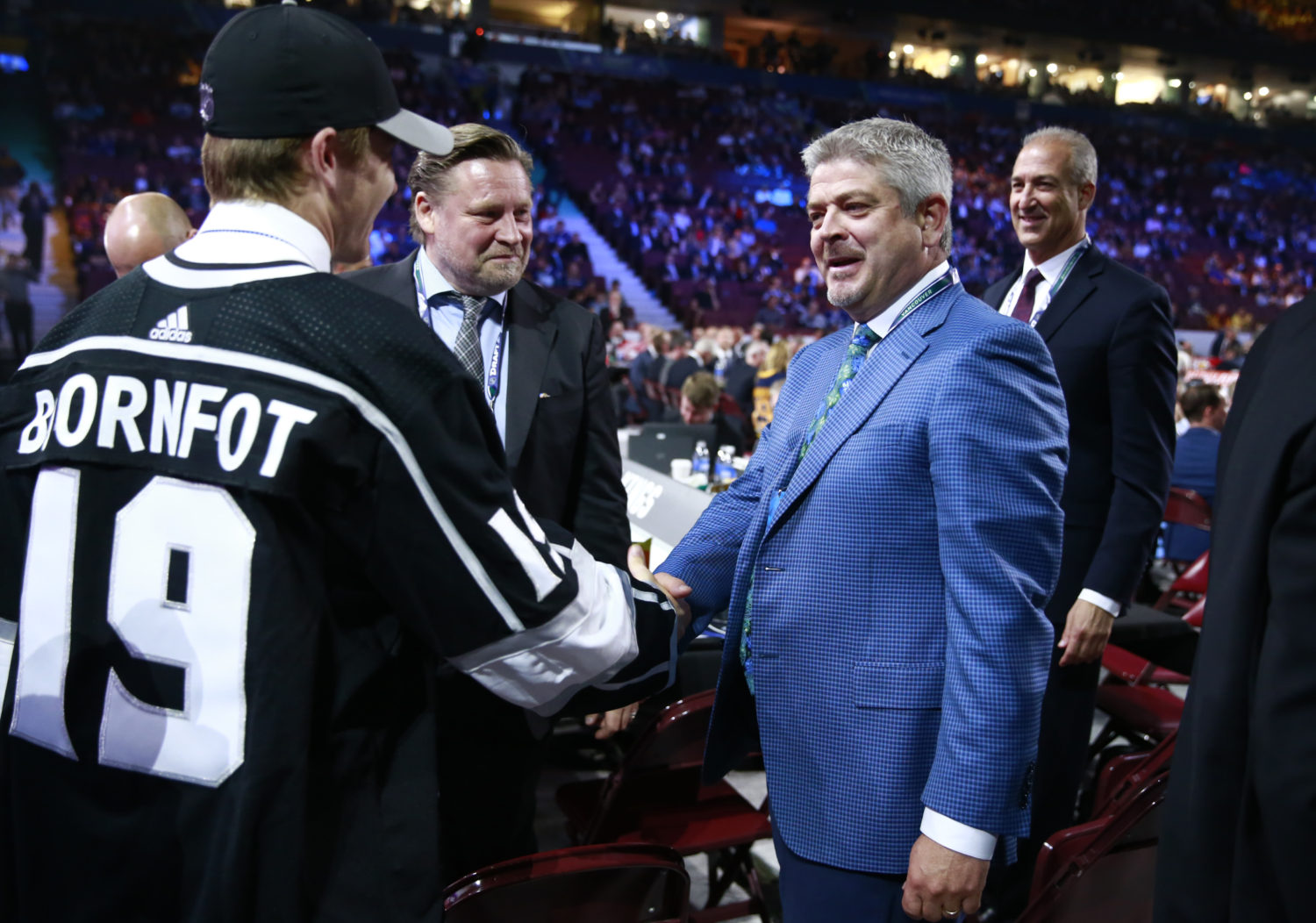 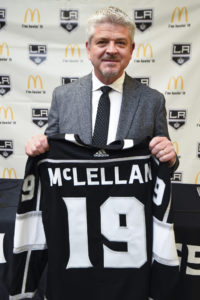 Todd McLellan is now two and a half months into his tenure as the LA Kings’ head coach, a span that has allowed him to expand on a relationship with one assistant coach and hire another. On this Wednesday, midway through development camp and the organization’s fifth consecutive extended off-season, he kindly had the time to speak with several beat writers and reporters and also engagingly introduced himself to the team’s business staff.

It was a brief break from a busy stretch of the off-season that began with the NHL Draft and continues with this week’s development camp and the opening of free agency next week. Throughout this period, and before the dark time in August when much of the hockey world rests and recuperates at lake houses and cottages across North America, the staff, with Marco Sturm, Trent Yawney and Bill Ranford, is tactically directing the type of coaching structure and message that last season that at the worst went unheeded and at the best did not consistently catalyze strong individual or team performances.

“We’re going to be a three-man staff, and we’ve discussed numerous aspects of the coaching dynamic, our roles, bench roles, how we’re going to do pre-scouts, post-game analysis, all that type of stuff. We then dove into the tactic part of it and the strategy part of it, the systematic part of it, and we’re deep into that now,” McLellan said. “We’re trying to find new ways, we’re trying to maximize the group in here can bring forward, but we’ve also got an eye on the future: how is the game going to be players? How are teams winning? So we’re trying to blend all of that together. Later on in the week we’ll dive into the players individually and collectively, how they might play together as pairs or lines. Touch upon all of that type of stuff so that when we go our own ways for the rest of the summer, we’ll have some projects, we’ll have some review, we can digest what we talked about, we’ll need to make some decisions later on in the summer to confirm everything, but we are rapidly becoming our own team, including all of the American League coaching staffs and whatnot, so it’s been a really good week.”

While maximizing the talents of players on the roster is a default requirement if the Kings hope to make anything of the 2019-20 season – and forms a good portion of our discussion below – it’s also the type of season that will more clearly define the path they’re on and the stakes of seasons beyond. Where are they at, exactly, in their resolve to return to contention, and to play with a greater degree of pace and skill? To what extent can those who failed to hit their marks rebound, given the focus to improve this team internally?

A few of these topics are presented below as part of a broader look at the missive and approach coming from the coaching office. And while McLellan will look to build personal relationships and foster an emotional buy-in with his players, one relationship is already on sturdy ground.

With McLellan having coached Pacific Division teams and hosted Pacific Division media availability since 2008-09, he’s built up a very good rapport with the tight unit of club broadcasters. And in those mid-morning scrums, there’s always been a really good rapport with Hall of Fame Radio Broadcaster Nick Nickson, a respect and understanding of “a part to play” and “respect” built “regardless if we’re on the same team, opposite team,” said McLellan, 14 years Nickson’s junior.

It’s not really here nor there; the stuff you’re expecting to read is below. But there was often an interesting and friendly open to his meetings with the media, one that seemed built on mutual respect given their stature within and contributions to the sport of hockey. Todd, too, was gracious with his time and availability, “and if we pulled him aside to do an extra two minutes, he was always willing to do that,” Nickson said.

“You just get to know each other, and you kind of develop a little rapport and a bond, I guess you would say. And the other thing was, he was always very good with his responses. He was always a good soundbite, as all of us in the media always appreciate. I think at least from my end – I can’t speak for Todd – I always felt comfortable around him, from the beginning.” 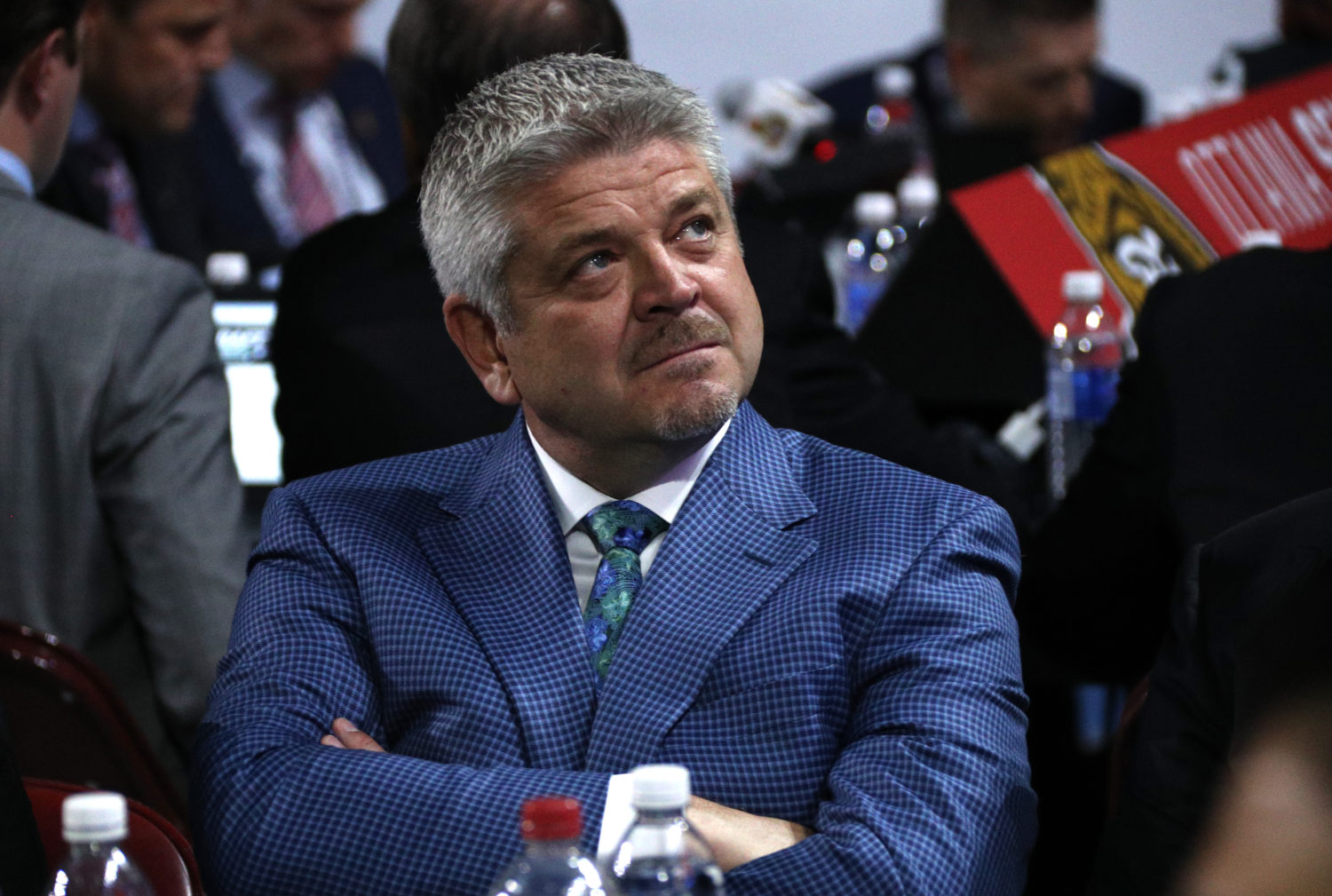 LA Kings Insider: Building that relationship with Marco Sturm, I know there’s a process. What’s the balance between sitting in an office and sharing ideas or maybe splitting a bottle of wine, so-to-speak – how much is it learning about him on a personal level versus his ideas in hockey and tactics?

Todd McLellan: I think when you plan on building a staff, you look at the human part of it first. I was fortunate enough to meet Marco numerous times. I have really good friends in San Jose who know him personally and I rely on their opinion of him as an individual, and the morals and ethics he carries himself with are second-to-none. So that was all something that was really exciting, but he’s also a coach that has brought some really unique ideas to the group already. He has opinions and he’s willing to share them. He gives really clear answers. To me, that means he’s going to share that with the team, and it’s going to be clear. He’s accepted the role that we’ve assigned him, he’s worked and not cut corners, so all indications are that we’re going to work really well together, hopefully for many years. I enjoy being around him. I know Trent Yawney does, the rest of the staff. It’s been really good – to this point, excellent.

LAKI: One of the things that set this team back this past season is that star players and guys counted upon for certain levels didn’t hit their marks. In terms of getting those guys back to where they want to be, production-wise and play-wise, what is the coaching staff’s approach?

TM: Well, there’s the group and then there are individuals, and they all interact together. I think for the group, I’ve said this before, there are three parts that are going to help this team get back on track, and one is the coaching staff. We’ve got to be prepared and we’ve got to give them a plan and we’ve got to hold them accountable. We have to do our job, and we have to do it well. The second part of is management. Management’s going to find players, they’re going to adjust things as we go. We know we have a plan and the team is in transition, so they’re going to affect the type of play, but perhaps the most important is the individual. A number of players have spoke their mind at the end of the year, and rightfully so – they’re entitled to that. But every time they do speak, it’s also a reflection on their individual input into the team, so I think we’re going to have a very open group, I think we’re going to have a group that’s going to work. I think that some of their individual foundations or pride elements have been chipped at a little bit or cut down, and I found these players to be extremely proud men – the ones that I’ve talked to, anyhow. They’re disappointed in themselves individually and collectively and they’re ready, so I think we’re going to have a good group that way. Some had tremendous years, career years. How do we maintain that? Others had down years. How do we prop them back up? So there are two streams to the individual player approach that we have to talk about, and we’re discussing that now as we go.

LAKI: Talking about some of the foundation having been chipped away – this is a broad question – but how do you characterize your own unique approach to coaching “structure,” and how do you implement it and provide that ability for the players to maximize their skill set?

TM: Our job is to have the players prepared, both mentally and physically. We have to provide an overall structure plan that they believe in, that they want to believe in, and that they believe can make work. We have to hold the players accountable for their actions or inactions, so when you hear the word ‘accountability,’ you immediately think about the scolding, if you will, or the negative part. But part of coaching now is catching the players doing it right, and that’s accountability also, and we have to provide enough structure so that they believe they can have individual success in the team environment, too, and that’s what we’re going to set up. That has nothing to do with how we’re going to forecheck, how we’re going to play in the D-zone, what our power play’s going to look like. That’s just the overall presentation that the players have to buy in, and we have to deliver.

TM: Here’s what I know about the teams in the past: they never quit, they ground the hell out of you, they believed in what they needed to do to win, their character, their drive, their intangibles, I believe, pulled them through a lot of tough times. I saw it in a reverse sweep, and those need to be solidified again. Those need to be solid again, and we need to get that part back. We get some of that back automatically, you have a better chance of scoring and preventing. After that, tactically, teams are playing the game a certain way. We’ll talk about changing some of the approaches to the game, some of the systematic stuff, but ultimately the players have to believe in it. You can poke holes in anything you want and make it work or not work. The players have to believe in it, and we have to put them in positions where they believe they’re going to succeed both as a group and individually, and if we can do that, we should get better. 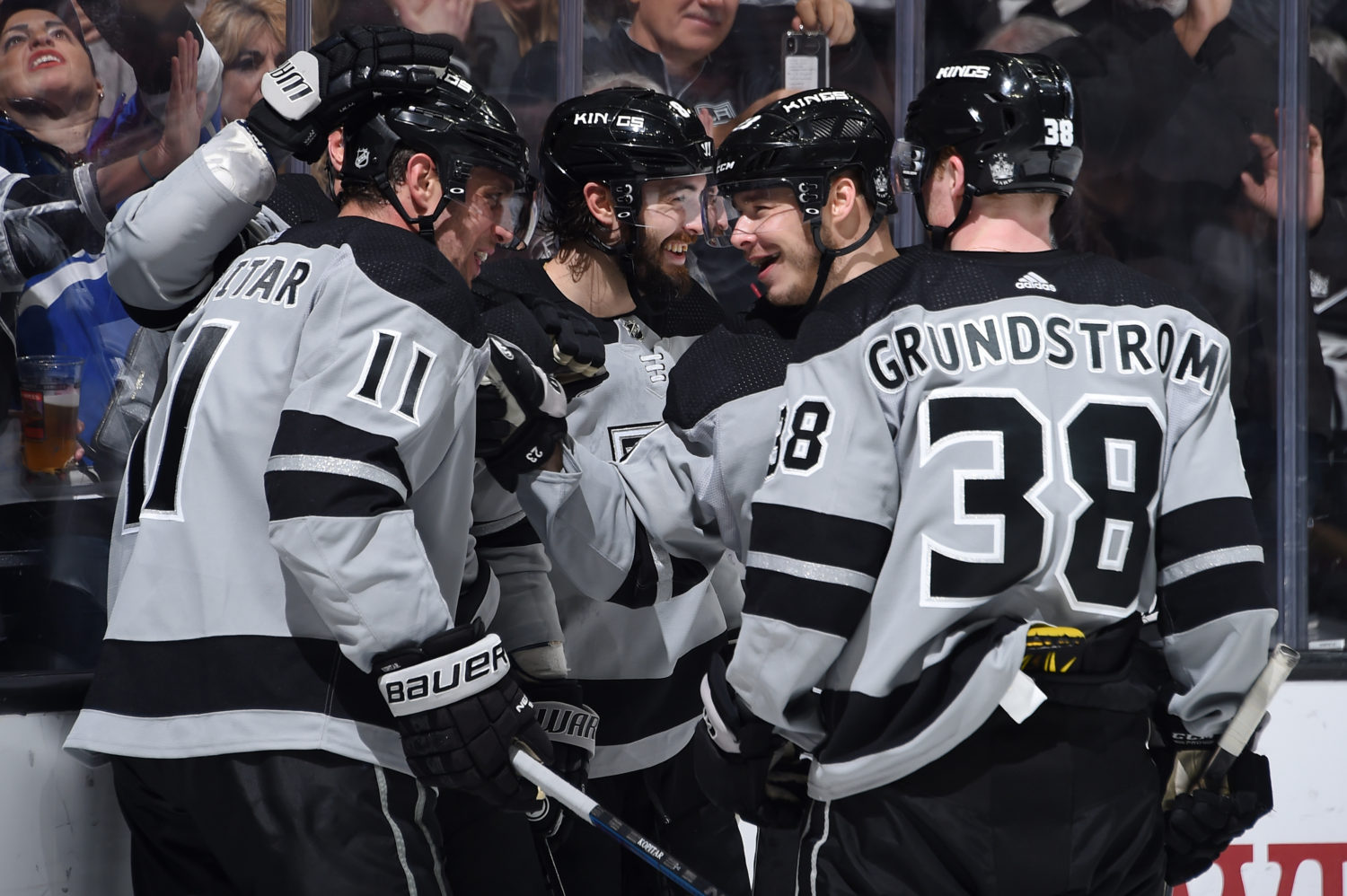