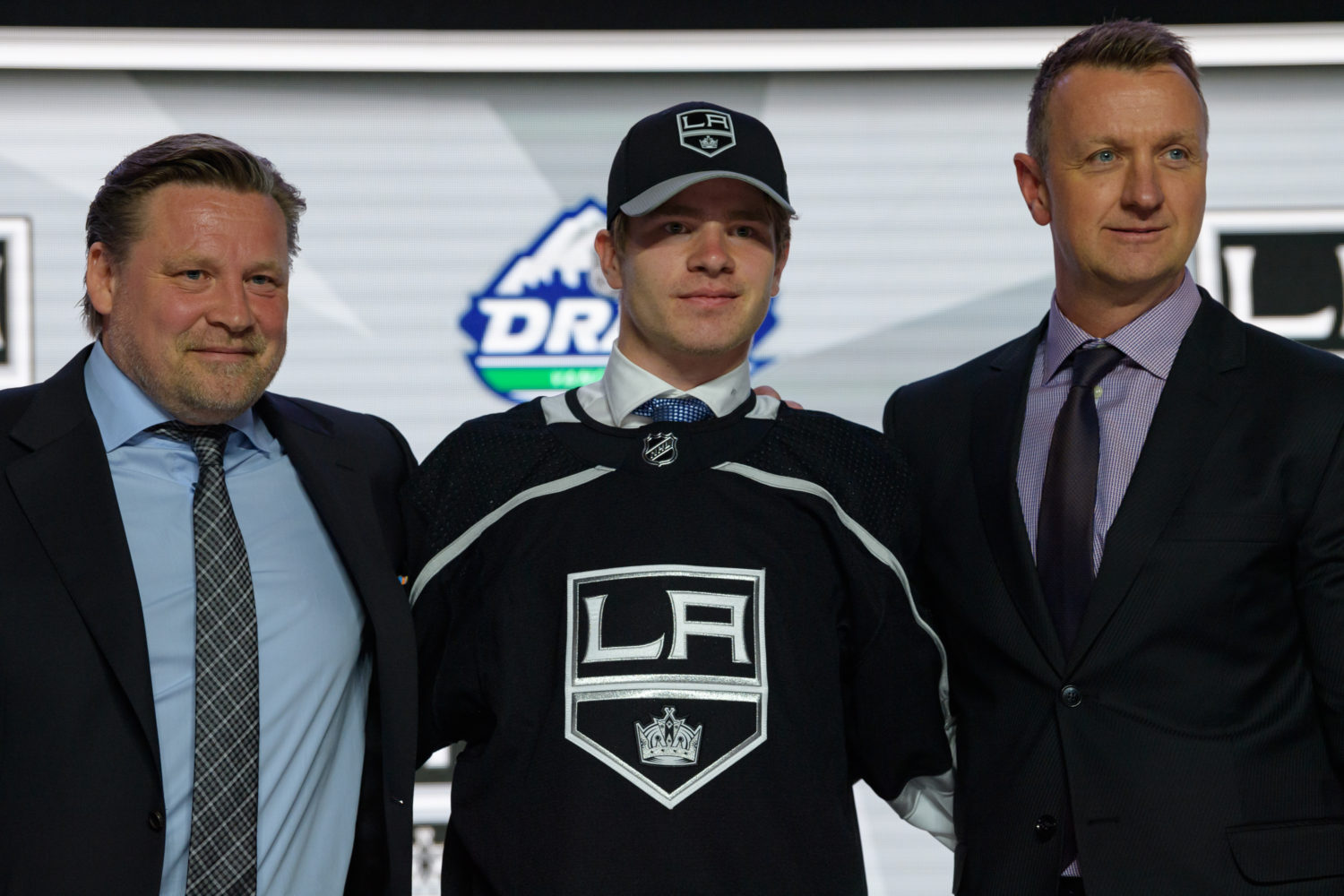 At no point has there been a shortage of eyes on Tobias Bjornfot, the LA Kings’ second pick of the first round of the NHL Draft Friday night in Vancouver. Just as there was a constant trail behind forwards Kirby Dach, Bowen Byram, Dylan Cozens and Peyton Krebs in the Western Hockey League, there was a trio of esteemed draft-eligible Swedish defensemen drawing regular scrutiny – Edmonton’s Philip Broberg and Arizona’s Victor Soderstrom and Bjornfot – all of whom helped Sweden win their first-ever U-18 World Championship this past spring as hosts. Bjornfot served as captain for those seven games and has worn the crowns of Sweden’s national junior teams 51 times. Given his traditionally steady and chaos-free play, and his visibility, there weren’t any unearthed secrets about him as a player.

“Well, like I told Tobias, he bored me out,” said Christian Ruuttu, LA Kings Head European Scout. “And it’s a credit to him – he’s a D-man who’s a great skater, a strong skater, doesn’t make a lot of mistakes. He hardly ever makes a mistake and he’s a leader. Also, he doesn’t look flashy or anything like that, but he just makes things happen and makes everybody around him better.”

Four of the Kings’ nine selections are Europe-based (another, Arthur Kaliyev, is an Uzbeki immigrant to the United States, and another, Andre Lee, is a Swede bound for UMass-Lowell), making Ruuttu intricately familiar with a variety of players who’ll get their real first introduction to the organization at development camp this week. 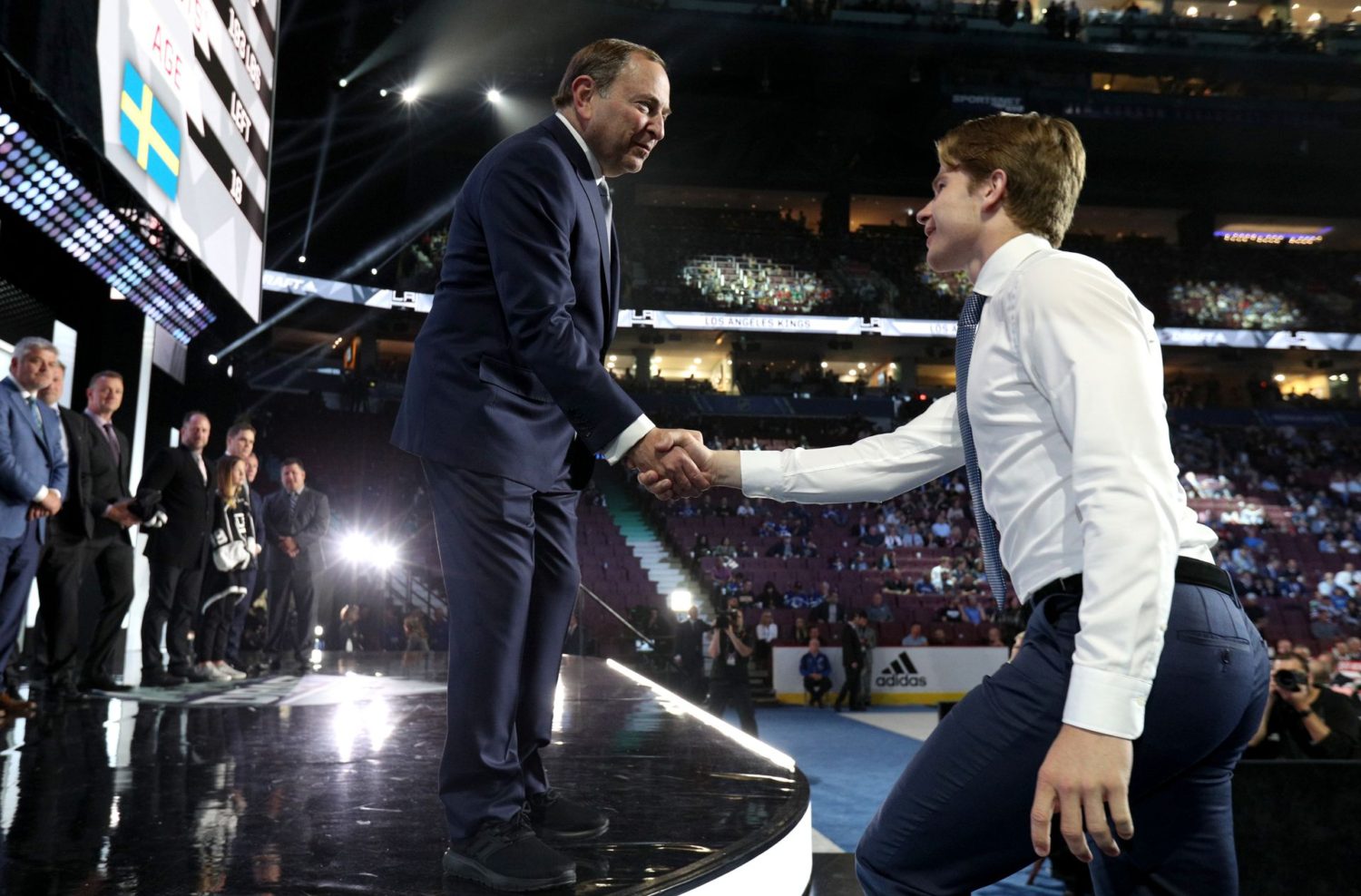 Ruuttu, on Samuel Fagemo:
Samuel was our guy in the seventh round last year. We wanted him in the seventh round, but we didn’t have a seventh round pick. He went back [after not getting drafted], I talked to him early in the year, and I said, ‘how did you feel about not getting drafted?’ He was shocked, he was really disappointed, and I think he said ‘I had my head down over one day and then I started to work really hard.’ He got his chance with the Frolunda team early in the year, and he took the chance and he ran with it, and he turned out to be one of the key players in the Championship Hockey League that Frolunda won, and also in the SHL. He’s full of energy and he’s fearless, and he scores goals. [Reporter: He seems charismatic, too. Just chatting with him, he’s a very engaging young man.] Yeah, I watched him coming down the stairs and he was fist-pumping. That’s how he plays. [Reporter: Did you end up telling him, ‘hey, we would’ve taken you if we had the seventh?] I think I did when I met him early this season, because I know he was so frustrated. ‘Just keep working, good things happen to good people.’ … I think he went back to work. He flew to Phoenix camp right away, the development camp right away the next day, and that was the key – that he noticed ‘these guys aren’t much better than me, or they’re on the same level,’ and he changed his game a little bit. He’s not making the big turns and more stops and starts in his game than he has to be.

Ruuttu, on whether the European players will be at development camp:
We’ve got Bjornfot, Fagemo, Parik, Nousiainen, and they’re all coming. Nousiainen’s having problems getting to LA on Sunday, but he’ll be there Monday.

Ruuttu, on Lukas Parik:
Every tournament he played, I mean he’s 6’4, he’s very athletic. His technique is not on the same level as the Swedish kid that we were looking at, too, but Parik is a competitor, he’ll never give up and he works really hard. The great part about him is his English is very good and he’s open to any deals or anywhere we want him to be next year – he’s wide open to it. And he’s all excited, he’s got his mask on in Prague right now at the airport and is flying over.

Ruuttu, on scouting Kim Nousiainen:
Kim actually, he was at the Berlin camp with us, so our development people – O’C, Muzz, Sean and all those, they worked with him. We tested him, we watched him play, and we all fell in love with him. Kim is a little bit like Kimmo Timonen. That’s pretty much what he could say, and he’s from the same team. [Reporter: Is he a Kuopio kid, too?] He’s a Kuopio kid, and my son plays on that team, too, so we know him pretty much inside-out.

Ruuttu, on any expectation they’d end up with so many European players:
No, they just fell on the spots where we had them. Our thing wasn’t going after Euros, it’s just turned up that that’s where they were, and we were happy to get them, and the good part is that we’re getting them to development now directly, so it’s very good. 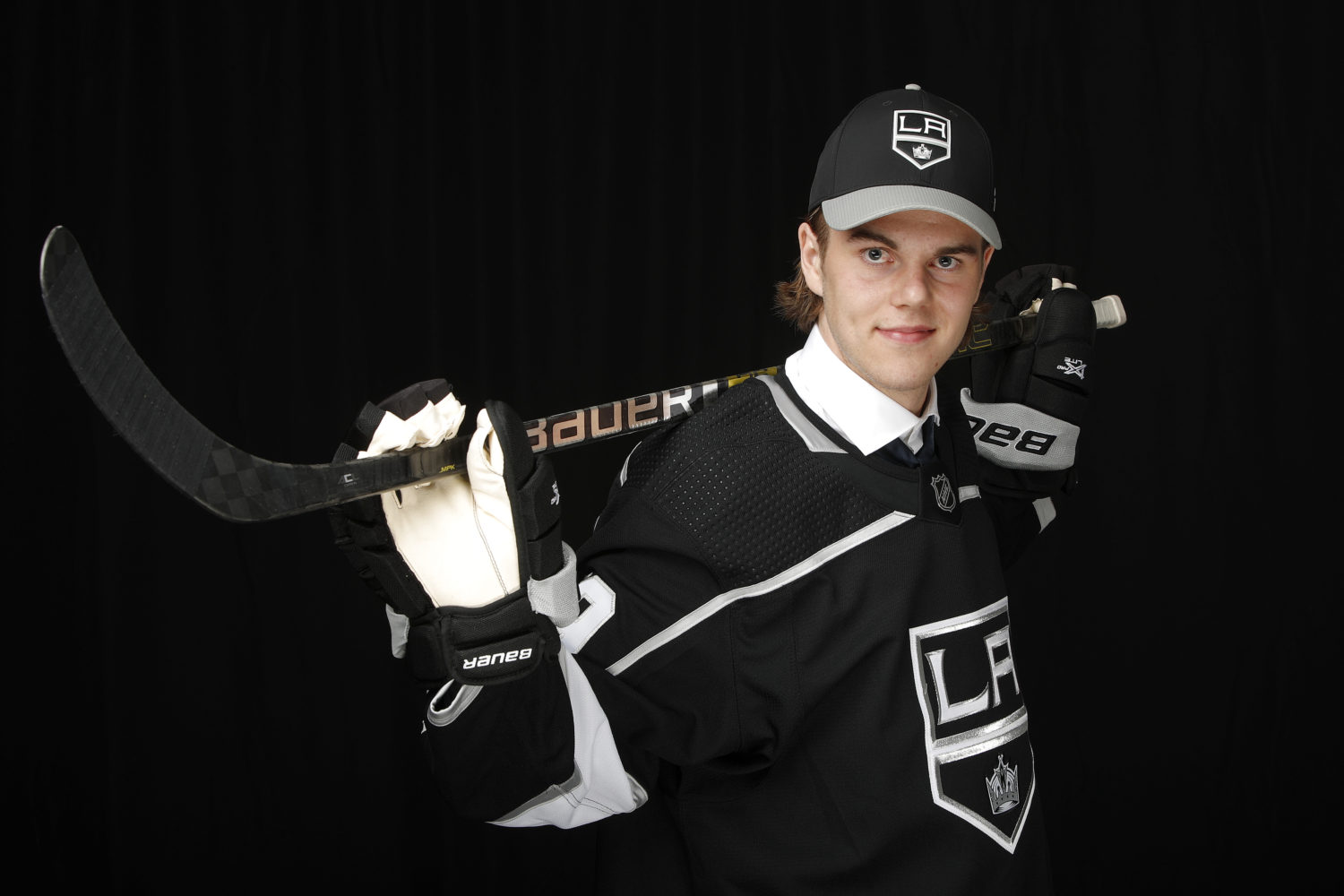