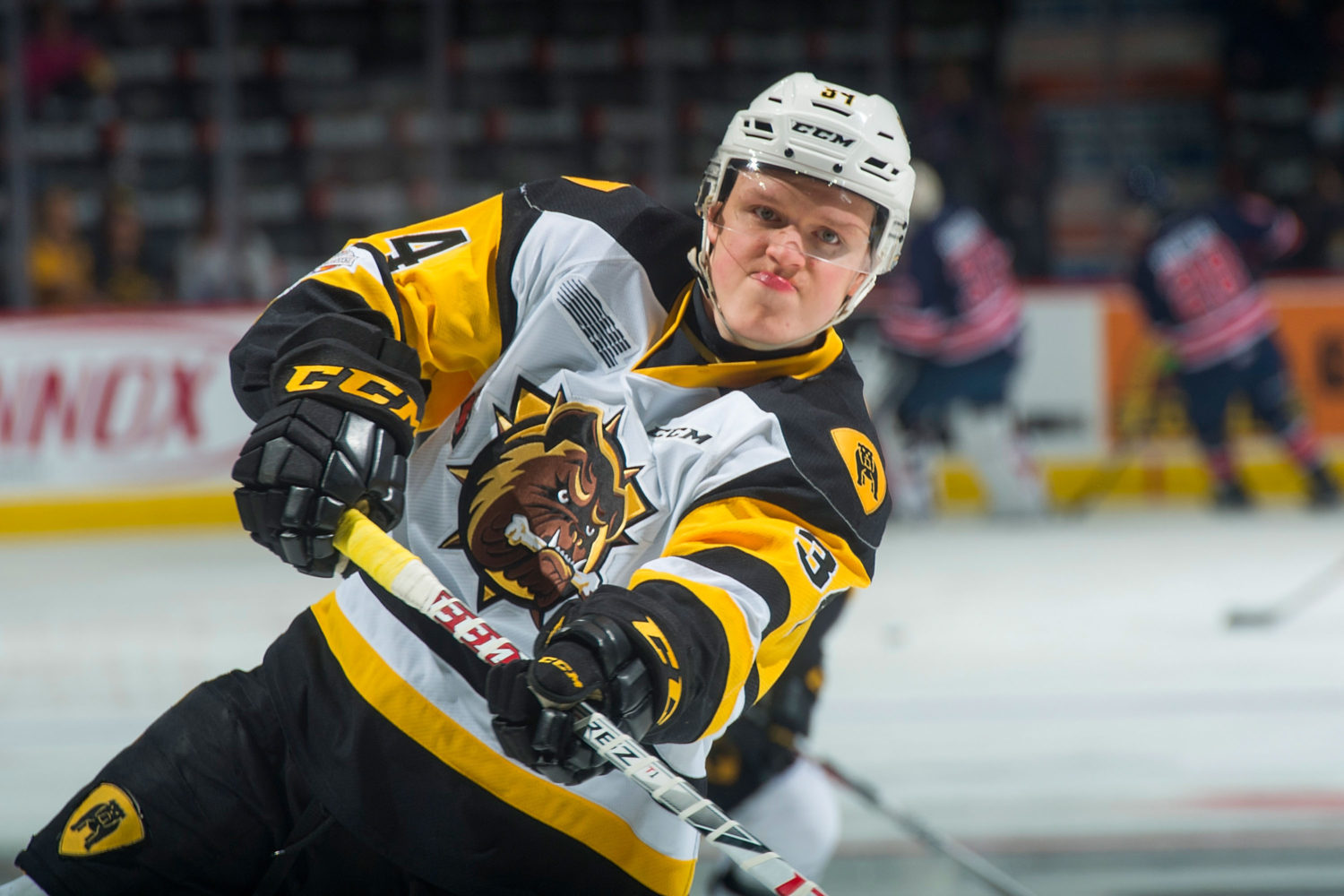 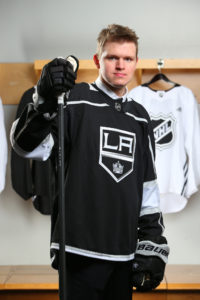 Corey Pronman’s final ranking: 13
(subscribe to The Athletic here)
Kaliyev lit up the OHL this season, as one of the few modern-day OHL players to score 50 goals as a 17-year-old. He’s one of the best goal-scorers in the CHL and often had more than 10 shot attempts in a game. He’s not going to go bar down that often, but his shot is an absolute rocket, and if goalies are not in position, they won’t have time to adjust once he lets it go. Kaliyev is also a very good playmaker who makes high-end plays. Those 50 goals were complemented with 50 assists. Due to his shot and vision, he’s an absolute weapon on the man advantage who can run a unit and pick apart defenses. He’s skilled but Kaliyev isn’t a player who can go end-to-end. He skates OK, but the main criticism of his game is his pace and compete. Kaliyev can often look like he’s not going that hard and will have long stretches of indifference. With that said, even in the many games where he looks like he’s doing nothing, you’ll check the box score and see one goal and two points. Thus the question is whether his style of play will translate to the NHL pace. He’s one of the most divisive prospects in this year’s draft.

Vince Laise, the acting coach of the Hamilton Bulldogs, on Kaliyev: “Arthur is one of the most dynamic players I’ve coached in the OHL in my six years here. I coached Dylan Strome and Alex DeBrincat. In my opinion, Arthur is just as good a player as either of those two. Arthur has the ability to find the back of the net just as those two did at the same age. They differ in play styles, but all achieve what NHL organizations look for. Arthur is more than just a power play producer, his underlying value is his ability to produce at even strength and his playmaking. He’s been as coachable as they come and a pleasure to work with.”

McKeen’s final ranking: 21
(subscribe to McKeen’s here)
He scored 31 as a first-year player with a champion Hamilton team, although he was quieter in the OHL playoffs and ineffectual in the Memorial Cup. In his follow up campaign, he lit the lamp 51 times, exactly equal to his assist total. This is not an apples to apples comparison, but the only draft eligible player at any level, in any league, who had more than Kaliyev’s 102 regular season points was Jack Hughes. He comes by those points honestly too. This isn’t a case of a player capitalizing on a great opportunity. He has been a power play trigger man from the day he pulled a Bulldogs sweater over his head. He has a heavy slap shot, a wicked one timer, and rounds off the arsenal with above average snap shots and wrist shots. He is skilled at getting open in the offensive zone to allow his gifts to be utilized.

For as powerful and prolific as his shot is, Kaliyev is also a skilled passer, something that has improved from last season to this one. As his reputation precedes him, defenders flock to him and sensing the walls closing in, he can squeeze the puck through a small seam to a teammate on the far side, forcing the defense and the netminder into a disadvantage as they have to change direction and are susceptible to a quick release.

Further in the plus column for Kaliyev is his large, heavy frame, which gives him an advantage in puck battles along the boards, and by the opposing crease. Then again, that large, heavy frame is also one of his drawbacks as a prospect. He can present himself as a sluggish skater. He lacks much explosiveness in his legs and his top speed is so-so on a good day, although he can play with decent agility. But this limitation, which may be physical, is not why he is a frustrating prospect.

Not being fast is unfortunate, but not moving one’s feet is enough to bring a coach to anger and to cause a scout to move on to the next game. If he loses a puck battle along the boards, he may just give up on the play altogether, and sulk for a moment while the opposition flies back to his zone. All of the effort that he showed when he still had a chance to grab the puck is gone and he eventually slow walks back to his zone, the last man to join the defensive effort.

Future Considerations final ranking: 30
(subscribe to Future Considerations here)
A solid skater with good stride power, Kaliyev boasts an accurate and elite shot and has the instincts of a natural goal scorer. Among the best in the class in finding the back of the net. He has average foot speed that holds him back in puck races. Although he won’t wow anyone with explosiveness, he is well balanced on his feet and has a solid top speed when he gets going. Dangerous with the puck on his stick, he uses his frame to protect the puck well and possesses a nose for the net. Shows better vision and patience on the cycle and finding open teammates across the zone. Plays a power forward game when he’s engaged, finishing his hits and using his size to open up space in the soft areas of the offensive end. Has a very quick release on his shot with great accuracy, making him a threat to score off the rush or use a defender as a screen for his wrist shot. He gets into open space really well in the offensive zone which helps his teammates feed him the puck. Scouts have reservations about his work ethic and his play in his own end. His compete level seems lower than some of his peers as he is the last to forecheck, backcheck and get involved in any kind of physical battle. There seems to be disinterest in engaging on that front. That being said, he has a good reach on the backcheck and will help support his defenders low in the zone when necessary. 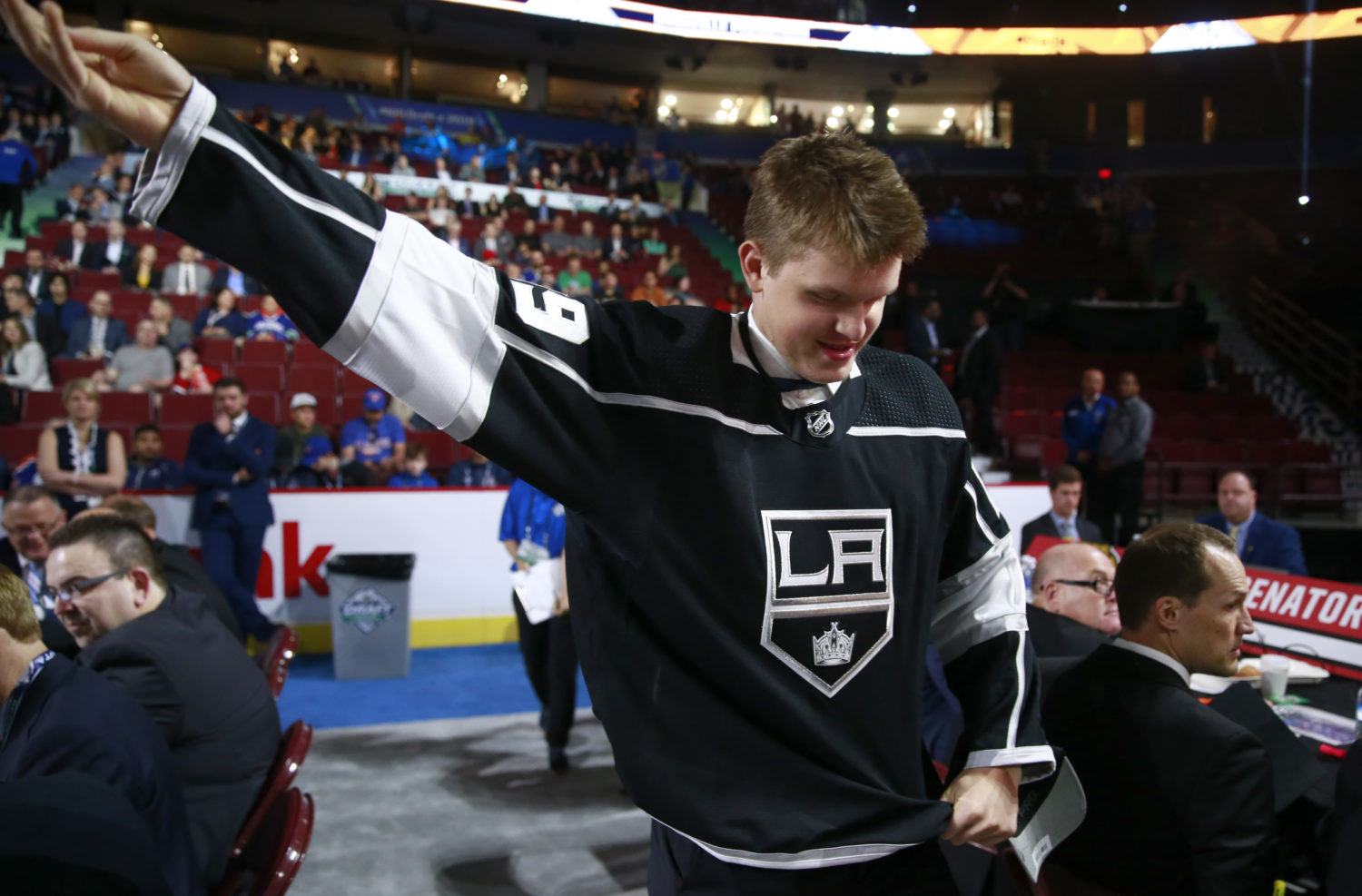 Arthur Kaliyev, on getting drafted by the Kings:
It was good, but it’s good to be over with right now. I think it was awesome.

Kaliyev, on his season with the Hamilton Bulldogs:
I think I’ve been playing confident and playing with a great team. I think it’s a really, really great team and it was a great organization to play with too.

Kaliyev, on who from his family is at the draft:
My parents, my grandparents, my aunt and uncle.

Kaliyev, on making strides as a player this year:
Just coaches teaching me with their video sessions and trying to improve on it every game, so that really helped me a lot.

Kaliyev, on not having to wait too long to hear his name after not going in the first round:
Yeah, I think it’s one thing to try to get drafted, but to try to go and put yourself out there right now and try and show yourself what you’re made of.

Kaliyev, on not getting drafted in the first round:
Just don’t give up. Just stick with it. … Just try to be the best there and try to be good.

Kaliyev, on what words were exchanged between him and the Kings executives:
Just congratulations and thank you for drafting me and stuff like that.

Kaliyev, on whether he has been to Los Angeles before:
I don’t think so. My parents have been there, but I haven’t been there yet.

Kaliyev, on how learning how to protect the puck and unleash his shot quickly:
Just I’ve practiced since I was young. I’ve just been practicing doing that stuff every day and trying to do it every day really help me.

Kaliyev, on how closely he followed the Kings during their cup runs:
A lot. Yeah, I’ve been watching them. It was unreal.

Kaliyev, on which NHL players he models his game after:
Rick Nash. I think he’s great, strong offensive player. Big too. Can score goals and make plays.

Kaliyev, on how this moment feels in the scheme of his hockey career:
It feels unreal, of course. I’ve been working towards this point since I started playing hockey, so it’s really a great feeling.

Kaliyev, on what his impressions were from the Kings after the combine:
I think I talked to them a lot of times, so I think they really liked me so I’m very proud to be with them.

Kaliyev, on what about his conversations with the Kings left an impression:
I think they were pretty nice to me, asking great questions, and I think it was unreal. I felt comfortable with them.

Kaliyev, on feeling like he could be himself around the Kings organization:
Yeah, for sure.

Kaliyev, on being in the same organization as players he has played against previously:
I think it’s really going to be nice meeting those players. It will be really nice to see those players and meet them.

Kaliyev, on any advice he got from Matt Strome and MacKenzie Entwistle:
Just try to be relaxed. I think a team will pick me and it only happens once, so just go with it.

Kaliyev, on who he thinks about on a day like today:
I thank all of the family and coaches of course that have been with me my whole life. It’s really nice for them. 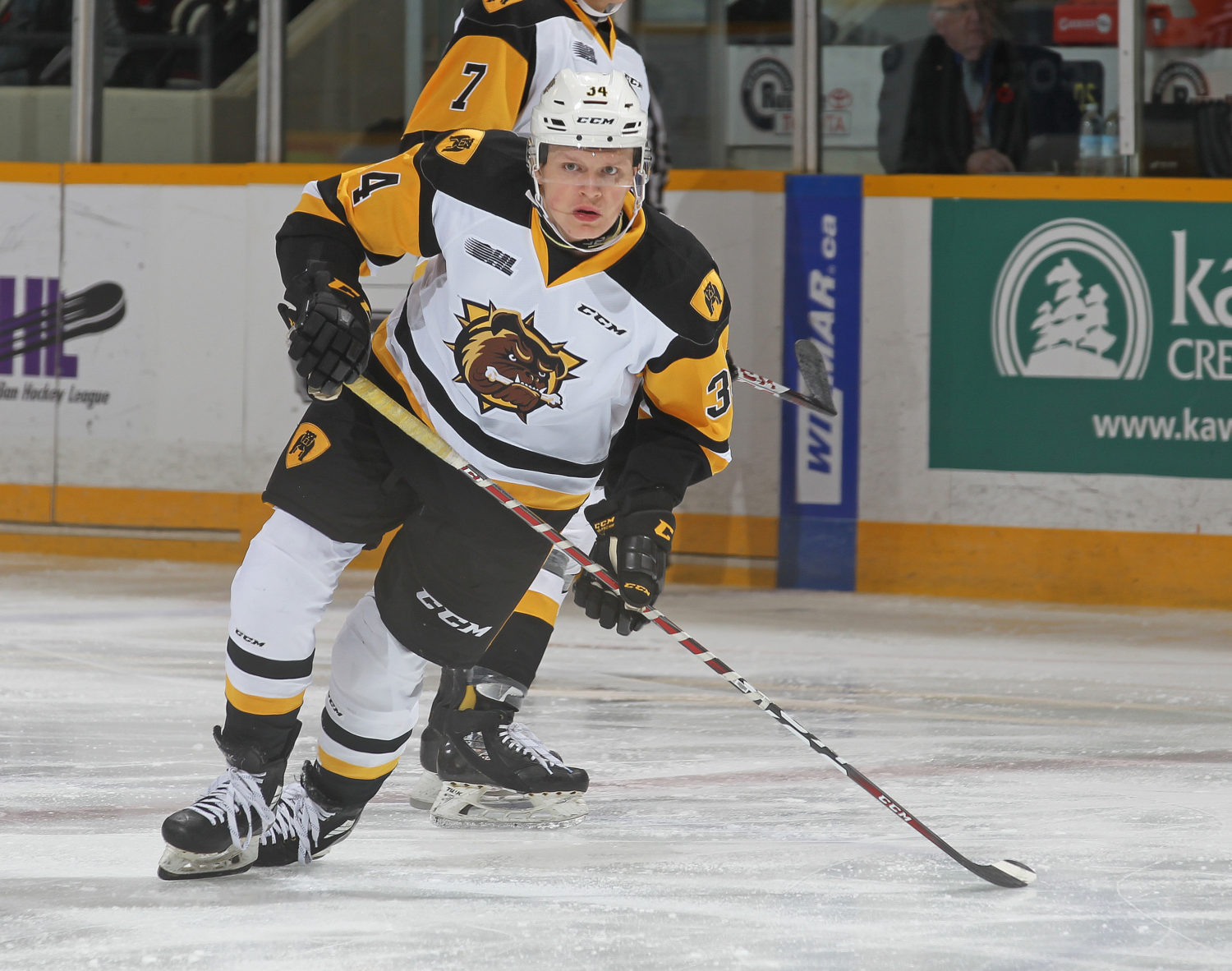