Final two years of Phaneuf’s contract bought out; financials and looking ahead 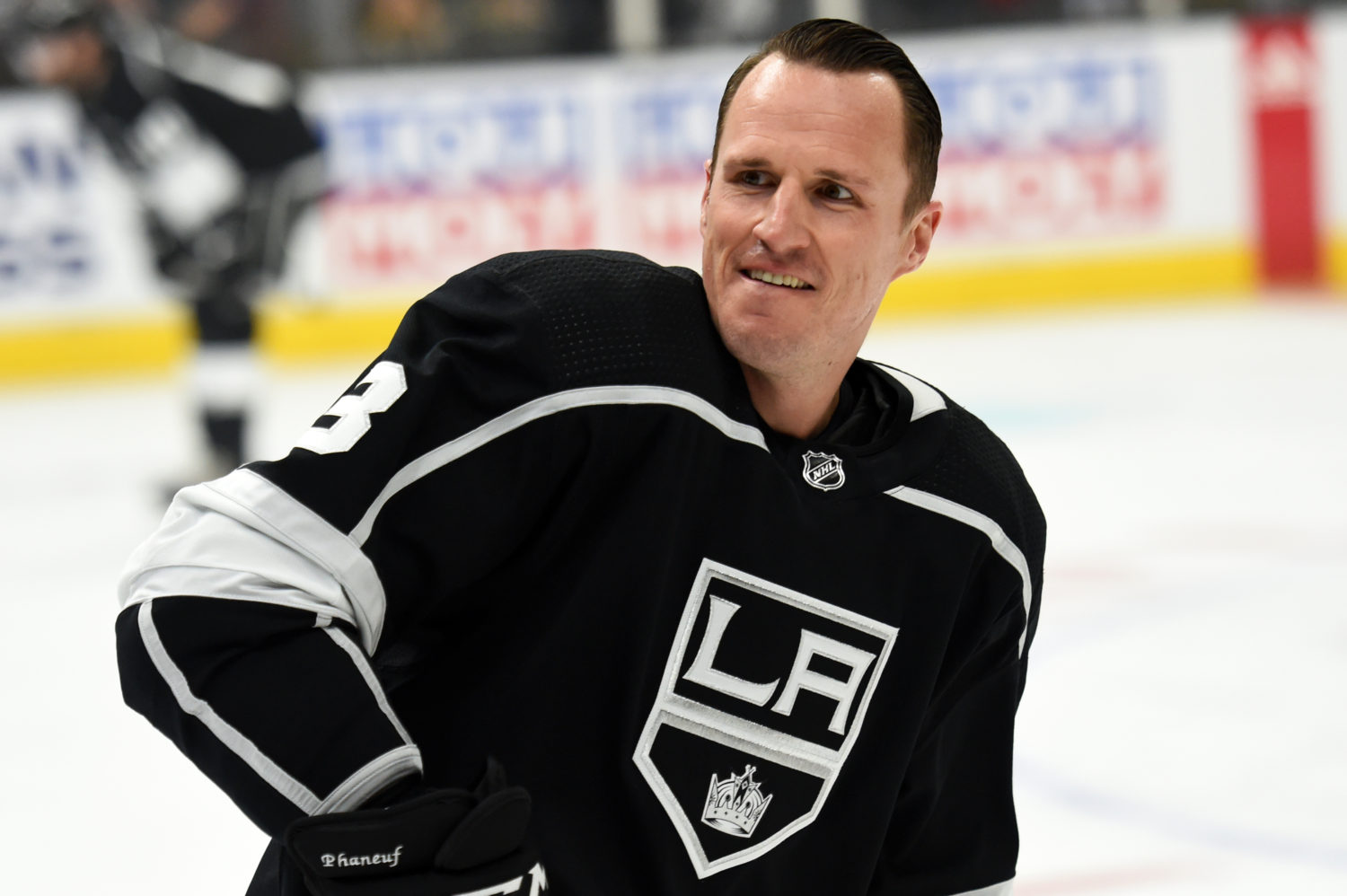 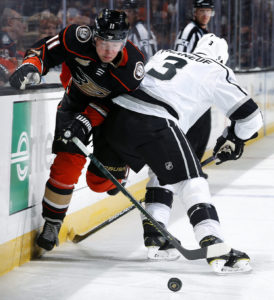 Shortly after the NHL’s first buyout period opened on Saturday, the LA Kings bought out the remaining two years of Dion Phaneuf’s contract, creating an additional opening on their blue line while spreading two-thirds of his remaining salary cap hit out over the next four seasons.

The 34-year-old Phaneuf, who appeared in 93 games with Los Angeles after his February, 2018 trade from Ottawa, responded to the first healthy scratch of his career by telling LA Kings Insider, the LA Times and The Athletic shortly after the All-Star Break that, “I’m not that old. I will say that – that I’ve got lots left” in an emotive pronouncement in the visitors’ dressing room at TD Garden in Boston. For a tenured and respected veteran – as well as a top-10 draft pick, World Juniors star, six-year captain of the Toronto Maple Leafs and member of the silver stick club – his 67-game, six-point, minus-21 rating represented career-lows across the board in an extremely difficult and existential episode for a prideful player. Phaneuf continued to play his role and be a positive influence though he shot down the suggestion of his role as a “mentor,” and was praised by the coaches and executives for his professionalism even as Willie Desjardins planned for a defensive rotation – one that ultimately didn’t revolve as envisioned when Matt Roy entered the lineup on February 6 and didn’t leave it, playing the final 25 games of the season.

With a significant arm of “The Plan” revolving around the team’s desire to shed certain expensive contracts of older players and incorporate younger and more skilled players into the mix, Phaneuf was expected to draw the most serious buyout consideration, as previously confirmed by the team and reported by LAKI on April 11. Because Phaneuf owned a no-movement clause, he had the option to bypass waivers, which he elected to do. When asked without Phaneuf’s name attached whether a player would be a candidate for a buyout at year-end media availability, General Manager Rob Blake responded, “Realistic in ‘there is an option to do that,’ yes.”

Because Ottawa retained 25% of his salary at the time of the trade, they are also responsible for the remaining 25% of his full cap hit. The financial impact of his buyout on the team’s sheets was shared in early May, but Los Angeles will have a healthy amount of cap space this off-season to pursue personnel to fill a number of holes. A very loose template in advance of trades and free agency identifies 20 players at a combined $68,888,065, which includes Mike Richards’ cap recapture and termination penalty and Phaneuf’s buyout. There are players listed whose shot at making the team isn’t perhaps as shiny as the template suggests, especially on the back end of the defensive list shared, so don’t take this as any indication on where a player is headed or trending. Keep in mind that players bound for restricted free agency are listed in their own category.

As of two months ago the numbers shared internally envisioned around a roster ideally around $80-million, a touch below the expected salary cap ceiling of $82-$83M, though that number will obviously be affected by the degree to which they find success shedding some weight and bringing in players at positions of need. They’ve identified slots number two center and number two defenseman as two of the areas with the greatest need to improve. More context on their financials and needs is available here.

Keep in mind, too, that if we’re just talking personnel – and not taking into account the more nebulous cultural reinforcement needed – the Kings still have a ways to go to dig out of their current abyss. They were the 30th place team, and though they’re focused on infusing speed and most importantly a higher degree of skill into their lineup as part of “The Plan,” were also the 30th place offense. Their plans acknowledge that they will not be contenders in 2019-20, nor probably in 2020-21, either. Ideally, should they find success and some fortune in getting to where they want to be, they envision the 2021-22 season as when they’d like to return to “contender” status. In other words, the $2.2M and $4.1M in dead cap space over the next two seasons aren’t exactly precluding them from advancing into a different class of team. Via Elliotte Friedman in today’s 31 Thoughts:

8. There will be more conversation about the 2019-20 salary cap next week in Las Vegas, where the Board of Governors meet the day before the NHL Awards. After the combine, several teams indicated they thought the cap might be closer to $82M than the previously projected $83M. The players have the option to raise the ceiling up to five per cent, but, with concerns about escrow, lifted it 1.25 per cent for last season, and a similar number is expected this time around.

Another interesting tidbit involves the U.S. TV deal, which is up in two seasons. The Sports Business Journal reported the possibility of a split deal, with NBC keeping the majority and a new partner (ESPN? FOX?) getting a smaller package. Teams are hopeful about what that could do to the cap, especially with Seattle entering the NHL.

Stick taps to LAKI for reporting the projected shift to a partial escalator rather than the full five percent salary cap escalator four off-seasons ago. More importantly, while there is also tangible financial benefit, this move opens up another spot on defense, and in addition to players they’ll bring in via trade and free agency, there are also young players capable of fighting for an NHL spot beyond the likes of Sean Walker, Matt Roy, Kurtis MacDermid, Paul LaDue and Daniel Brickley. It’s influenced by the number of players they bring in, but it’s also expected that some combination of Kale Clague, Mikey Anderson, Sean Durzi and Markus Phillips should make cases for a roster spot. I’ll have a lot more on this topic, but even as the team strives resuscitate its offense, it will also be relying on a young back end whose reconstruction began last year and also needs an infusion of veteran stewardship. Again, there’s a long, long way to go here, but Phaneuf’s buyout pushes the team in the direction it wishes to head.

The previous club buyout was the final year of Matt Greene’s contract in June, 2017. Anaheim’s Corey Perry is a candidate for a buyout, while Philadelphia’s Andrew MacDonald was placed on waivers Saturday for the purpose of a buyout. 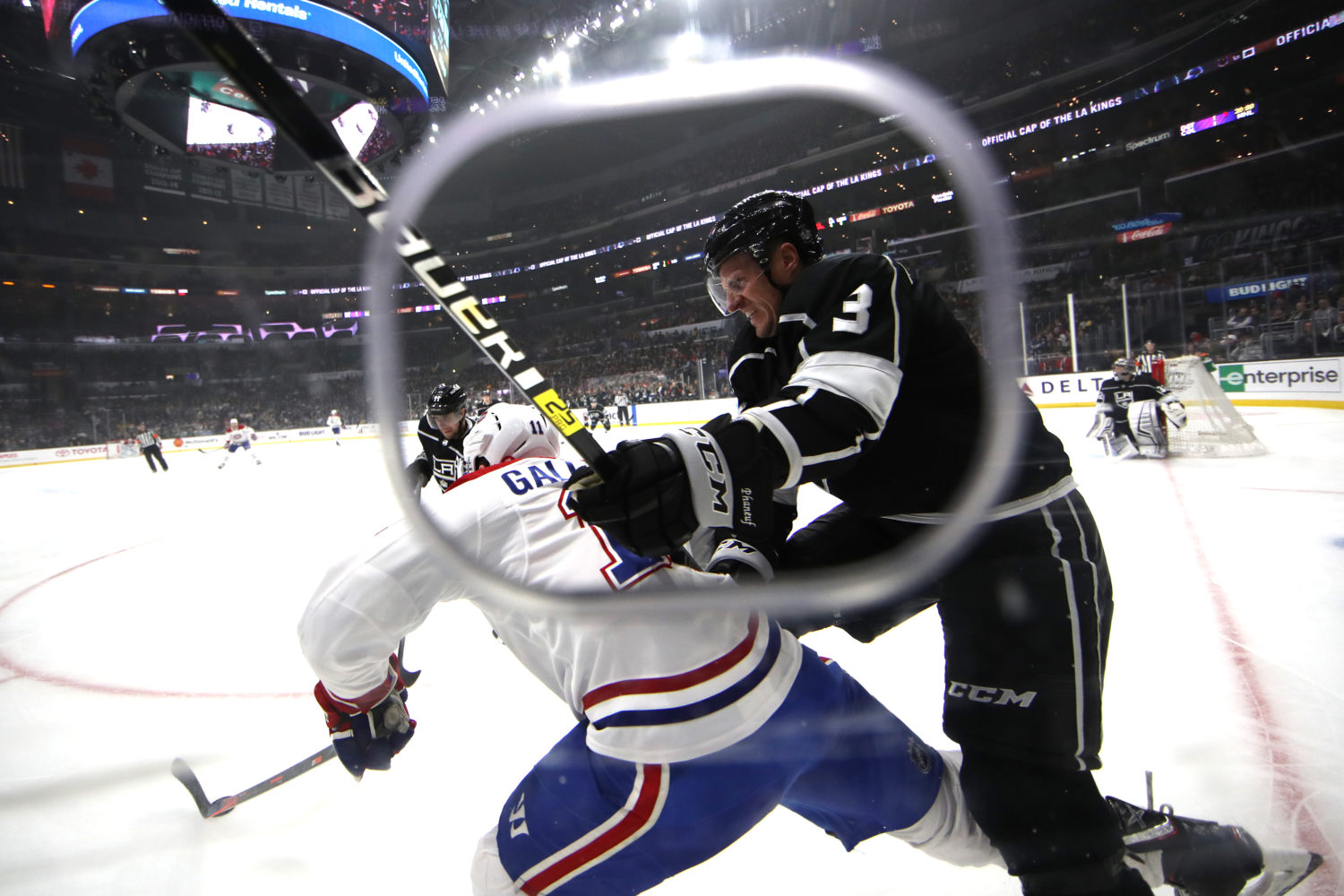