INSIDERS. A wonderful Tuesday morning to you as we resume regularly scheduled LA Kings coverage and prepare for a filling three Game 7s in which the organization has some shared interest via the unsatisfying recent practice of Rooting For Better Draft Position. The range in which the Maple Leafs’ first round pick isn’t vast, and Los Angeles is likely looking at a pick in the low-to-mid-20’s, when combining CapFriendly’s handy chart with the league standings. But it would provide a better player if Toronto didn’t advance to the conference final or, you know, win the whole darn thing. And, hey! San Jose-Vegas. Lean back, enjoy the nightcap, and pour out the top of your bottle for Game 7s of yore. We haven’t even mentioned that Mr. Game 7 himself has seen his own bat signal in the sky. Satisfying evenings in front of a television await.

Also, while so many stories on Todd McLellan and organizational structure and direction have been written across a wide number of platforms over the past few weeks, here’s the raw cut of last week’s McLellan presser. It’s presented so you can catch up on everything that was shared during the open forum part of his availability, prior to the one-on-ones and more informal scrums in which he and Rob Blake continued to articulate their shared vision and partnership. It’s also good for continued context as we wrap up the news and notes that immediately followed the 2018-19 season and transition towards the hiring of assistant coaches and continued implementation of the structure and detail as referenced over the past month. More to come, Insiders.

LA Kings Head Coach Todd McLellan is committed to getting the team back on track to meet the organization's and our fans' expectations.#GoKingsGo pic.twitter.com/72LDHDDKU1 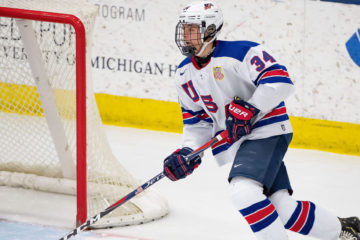