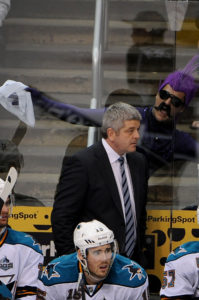 So, it’s about time we had the whole San Jose talk.

You may recall that the LA Kings and San Jose Sharks have some history together. The Sharks’ coach for three of the teams’ four playoff meetings, Todd McLellan was a central figure during what at one point qualified for the best rivalry in the Western Conference, if not the entire league. You also are aware of the details and particulars, which in the aftermath of Los Angeles’ 2014 comeback contained pointed jabs and assessments bluntly shared of their northern rivals.

There were a number of questions when McLellan was introduced Wednesday about approach, structure and why the coach was attracted to this particular job when there are perhaps more readily navigable channels towards more immediate success elsewhere. So it was refreshing to also hear McLellan asked whether he had to “wrap [his] head around” the prospect of working for a bitter rival and fully investing and integrating himself and his family into an organization that accounted for the most difficult episode in Sharks history.

McLellan is an NHL coach with a burning competitive drive, so yes, for a coach of McLellan’s experience and coaching history, Los Angeles and San Jose’s interconnected history did take some time to come to terms with early in his conversations with Rob Blake.

“I was just talking to some of the staff that’s been around here, and that series was one that we took very hard,” he said. “You talk about Tampa, we also had that happen to us in San Jose with a very good hockey club. When goaltending gets hot, when the belief system goes up, anything can happen. I think Quickie was a big part of that. I think the character and the intangibles came out, and that was the prime of this organization in my mind. When a team can do that, they have players, they have talent, and they’ve got the internal drive to get it done. I use that with the players now and say, ‘where are we at with that internal drive, where are we at with the standards? Have we let them slip, or can we get back to that? From an opposition’s viewpoint, it was crushing for us, but again, you learn lessons in that, as well. We moved on, look where we are now.”

McLellan shared that players he had in San Jose reached out to share that they were happy for him and his new venture – as did players he coached in Edmonton and in the minor leagues and juniors. “For me, that’s a rewarding thing,” he said. “I love getting those texts because it makes you feel like you had an impact on their lives.”

“I was talking to Rob [Tuesday] night, and out of all my years in the league, I think my most games played against an opponent would be the L.A. Kings when you take in playoff series, regular season, exhibition games,” McLellan said. “In some strange way I feel comfortable about being here because of that. You recognize faces. You can picture the player on the ice. I can’t speak for the players, but perhaps that exists for them, as well. They know the tendencies. When you play each other that many times, the players meet after the games. That’s just how it is now. They share their thoughts on coaching staffs and opposition, so I think I have some information that’s valuable about the group here, and perhaps they have some information about myself and the staff that we’ve built, and I think that’s powerful and can be used as a stepping stone.”

This is part of hockey, and McLellan is far from the first Kings-Sharks crossover. San Jose, particularly in the early years of the Shark Tank, was a landing spot for L.A. stars of the early 1990’s as Tony Granato, Bernie Nicholls, Marty McSorley and Kelly Hrudey continued their careers in Northern California. Rob Blake and Darryl Sutter more recently have been the boldfaced figures to factor into both sides of the rivalry, which enjoys a greater degree of overlap in personnel than Los Angeles’ rivalry with Anaheim – though the rivalry was far from evolving to its current point while Sutter helmed the San Jose bench. 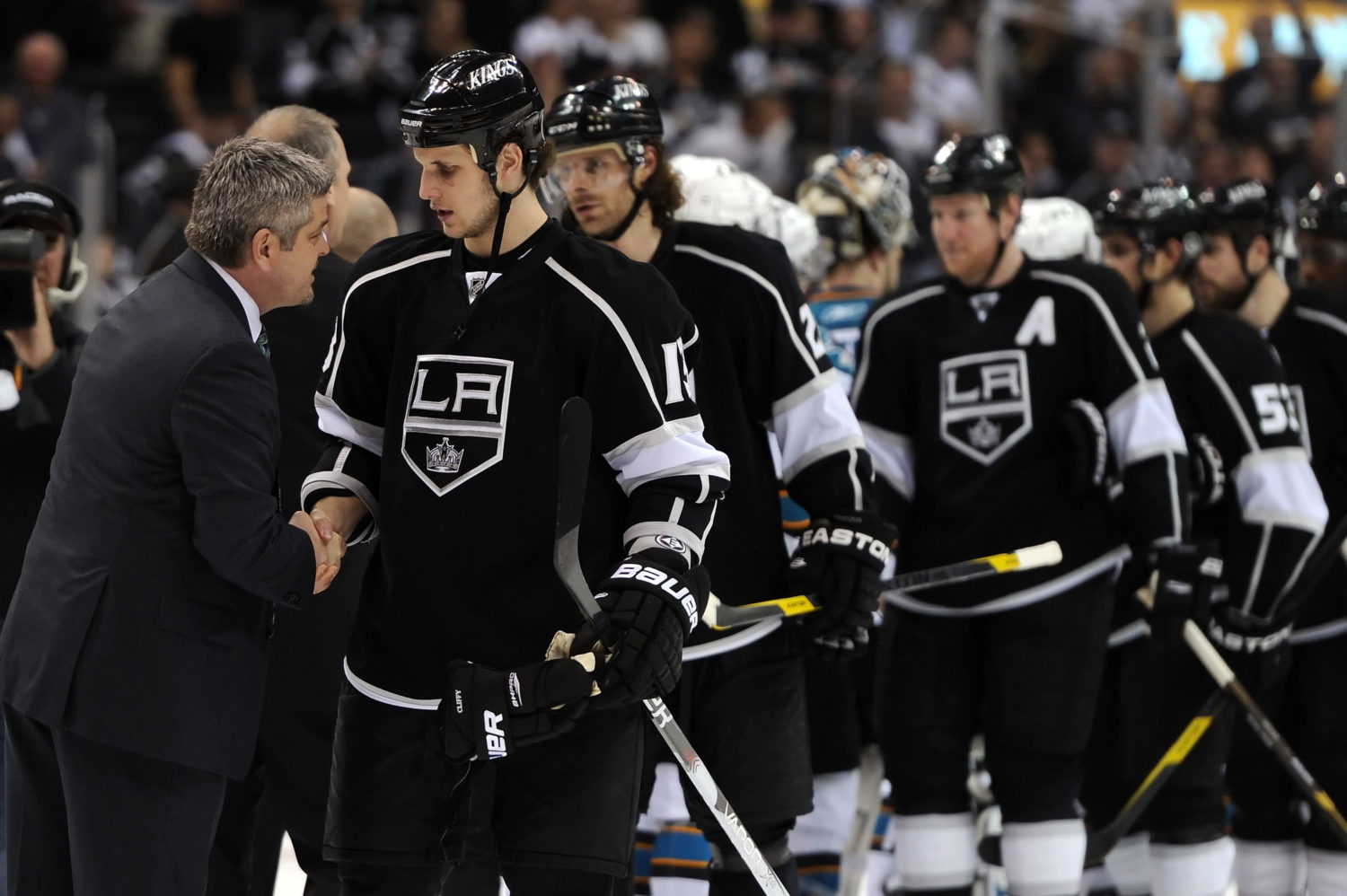 Recently, the cores of the two teams have largely remained intact, though Patrick Marleau, San Jose’s all-time games played leader, departed for Toronto two years ago. That the Sharks can bank on a power play of Joe Thornton, Joe Pavelski, Logan Couture and Brent Burns – all of whom have played together for seven seasons, a majority of which they’ve spent together on the top power play unit – is an important factor in their power play success, which ranked second in the league during McLellan’s span behind the bench.

San Jose’s power play was equated to Los Angeles’ penalty killing roles by Dustin Brown last week as an example of how regularity in personnel is a catalyst of special teams success. Players are inherently familiar with their long-time teammates, removing several margins in reaction time. “I don’t have to think about what Kopi’s doing [on the penalty kill], I know what he’s doing. Same thing on the power play,” he said.

Is it at all applicable to a Los Angeles power play that hasn’t been among the league’s elite but still boasts a top unit with extensive experience playing together? Perhaps, though that will be a topic once more acute tactical questions are asked at training camp. “Again, we’ve got to dig in a little bit,” McLellan said.

“I think when key pieces are having off-years, the first place you look at is the power play, because a lot of point production comes from that area. We’ve got to get the confidence level back up in some individuals, we’ve got to put them in positions where we think they can have success, they’ve got to understand why they do certain things on the power play – not just ‘how,’ but ‘why’ we do certain things. There are some statistical things that we’ll throw at them. I believe in volume shooting, having them shoot on the power play. The shot breaks down the opposition. Power plays get often too cute and too many passes, too many trigger points, so we’ll talk about that. It won’t happen overnight, I can tell you that. We’ve got to break some habits, and we’ve got to incorporate new ones, and we’ll work on it.”

“The power play, specifically coming down the stretch, I think it reflected a lot of the team’s attitude. It was important, but it wasn’t as intense as it needed to be. We’ll move some pieces around, as Rob said. I really like when the players understand ‘why’ they’re doing certain things, not just ‘how,’ but why they’re doing things and if there’s some clarification there, maybe we can get to a point where it’s improved, but that goes for the whole game. We’re specifically talking about one area. Notoriously, this has been a very tough team to play against, they haven’t given up very many goals, they only give up maybe inches on the ice and that got away from the team this year. So, it runs from player 1 through 23, it runs the full 200 feet of the ice surface, the standards have to be reset and we will do that.” 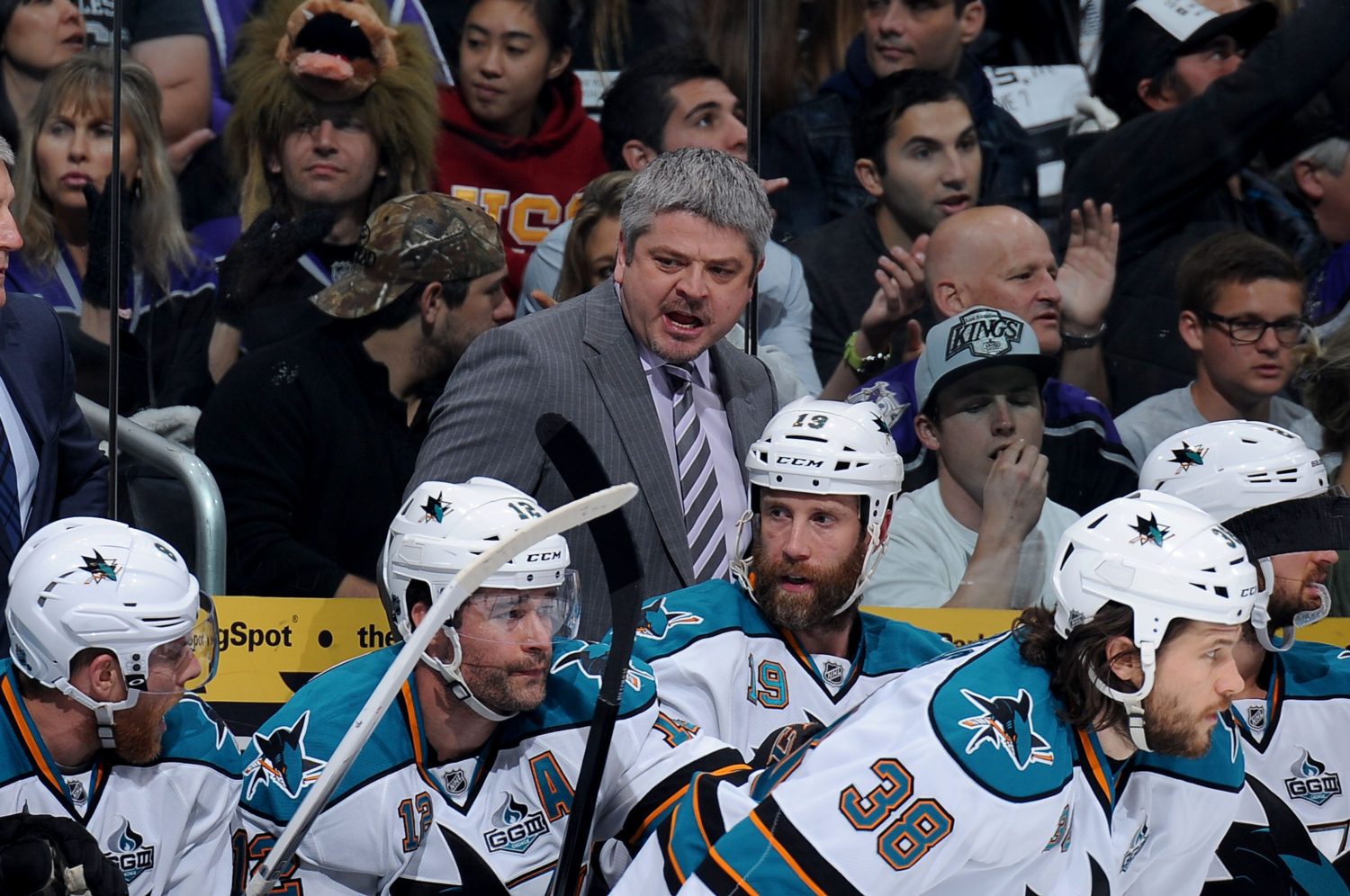