Apart from Anaheim’s early expansion seasons that coincided with the late-Gretzky stagnation, Southern California as a two-team NHL market has experienced long stretches in which either the LA Kings or Ducks/Mighty Ducks were quite good. But their periods of success often occurred while their rival was less competitive; L.A. didn’t qualify for the playoffs when the Ducks won their Stanley Cup or during their competitive championship aftermath, nor did their Orange Country rivals when the Kings won as an eight seed in 2012. 2003-04 was the only season in the previous 21 in which neither team qualified for the postseason, with the past six years marking the only period in which their tenure as league contenders ever overlapped. It’s easier to think of a Game 81 or 82 Freeway Faceoff serving as a tense playoff tune-up to solidify seeding or home ice advantage and ending 2-1 with principal actors playing key roles. But even though Ryan Getzlaf inserted him into the fray with a punch that won’t sit well in the L.A. room, Friday’s 5-2 Ducks win was an exhibition of faces and names that are yet to make the same mark on the rivalry as the Getzlafs, Kopitars, Perrys and Browns. Carl Grundstrom certainly has left an impression with goals in each of his three games, and Michael Amadio continued his productive run since his recall by finishing off a play to capitalize on his line’s steady stream of offensive zone time. And on the other side, in addition to another productive fourth line centered by Derek Grant that scored on the Kopitar line and played with good energy, Sam Steel and Max Jones gave a solid, Game 82 demonstration of the type of young skill both teams will need to plug into their rosters 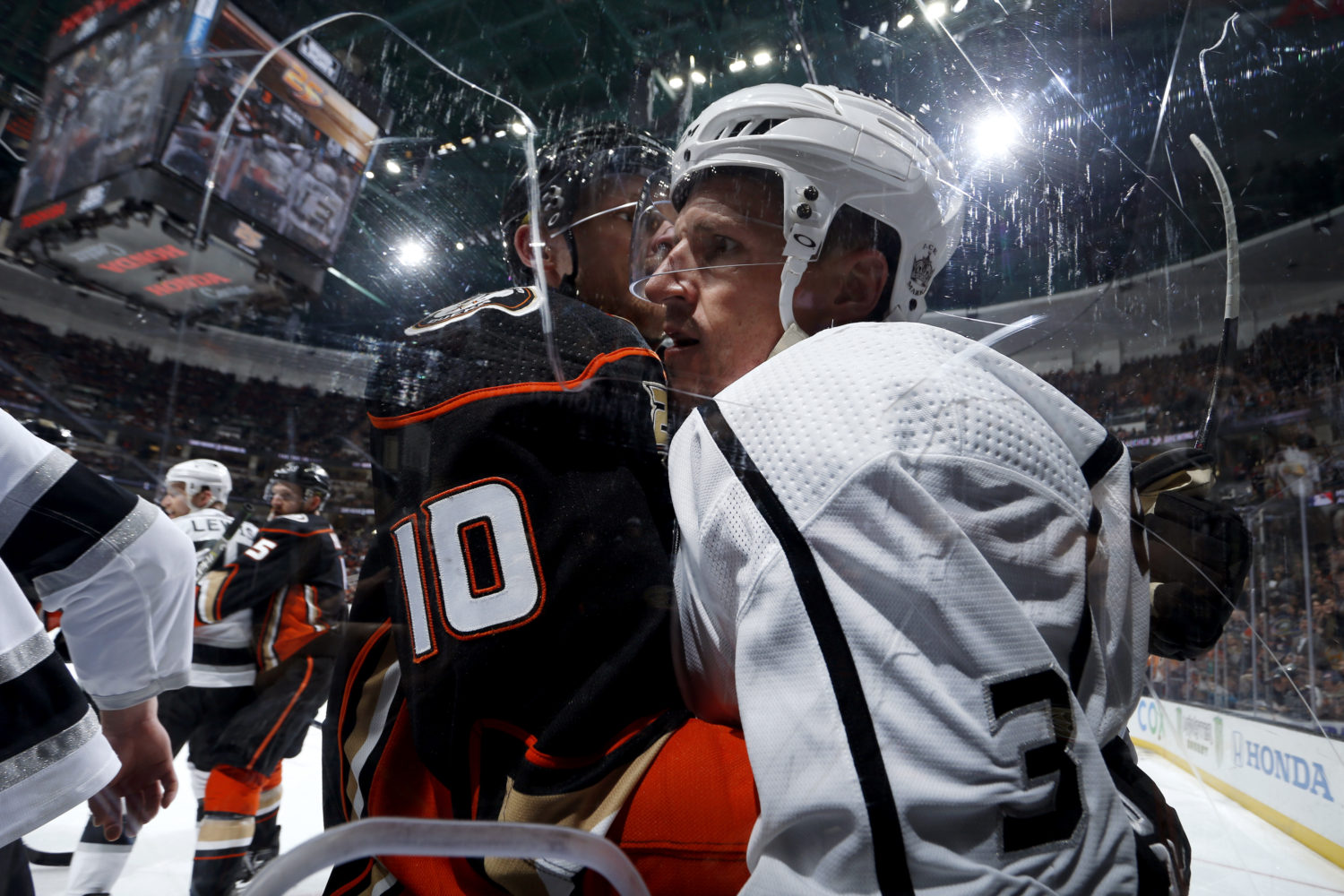 On Fan Appreciation Night this season, there is that understanding that a number of players who’ve served as pillars on championship teams may not return after a summer in which the team will continue to attempt to reshape its roster. The trade market will ultimately determine who, what, where, when and why, but there’s certainly the nonzero chance that players like Jeff Carter and Jonathan Quick – both of whom featured prominently into credible trade discussion – could play their last games at Staples Center with the team. There are perhaps some strong and complex emotions stirred up among the eight current Kings to have won two Cups, though the players will keep those private. “That’s the business side of it and that’s beyond my pay grade,” Alec Martinez said last night. “My job is just to show up and play, so I don’t think about [players potentially moving on].” Martinez wasn’t the only player asked about the bigger picture, and the sense I have is that additional definition to these topics will come during Monday’s media sessions and beyond rather than in advance of Game 82. But there will probably be an aura of unspoken uncertainty meshing in with what is usually a festive and appreciative final game of the season. 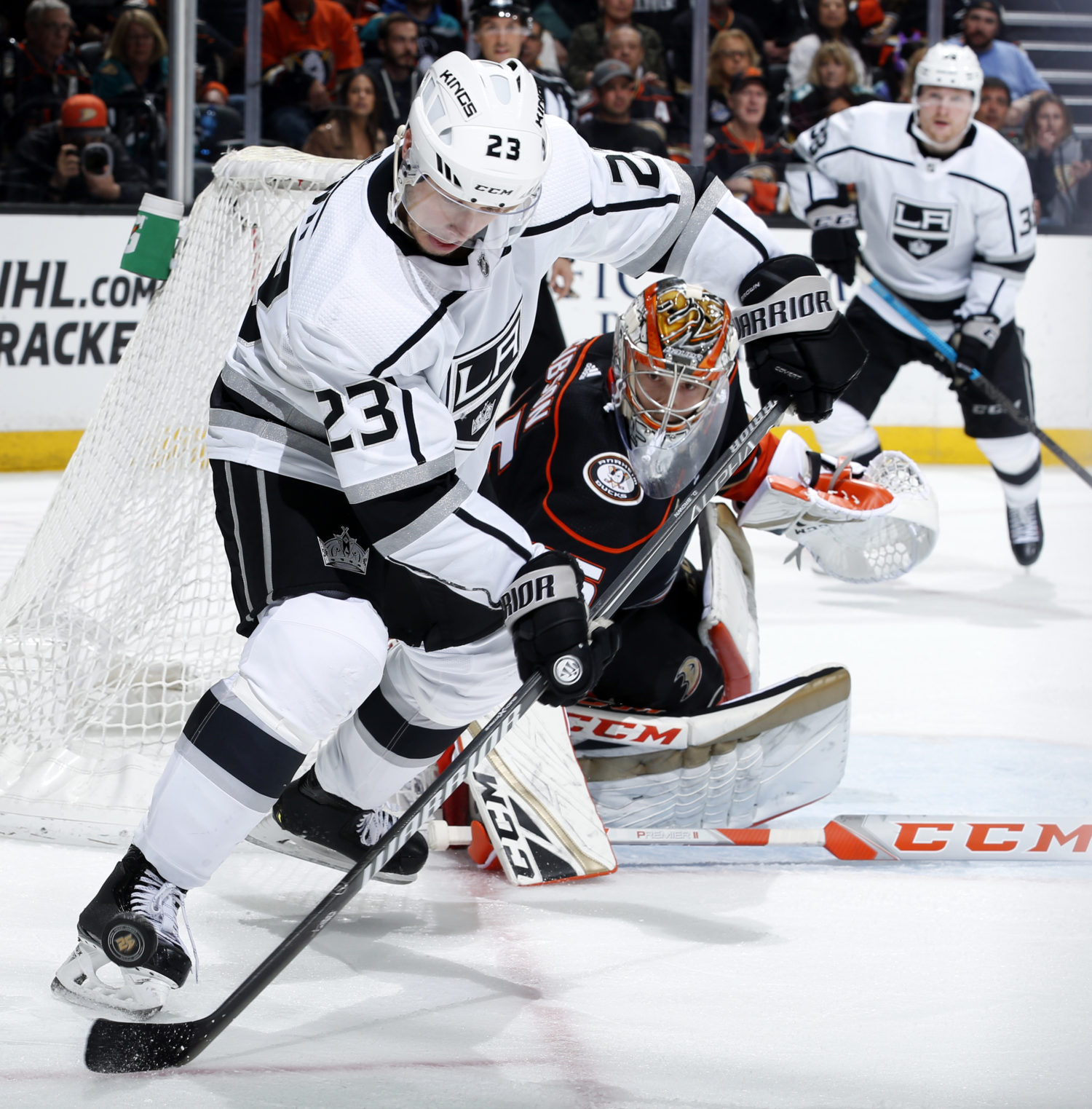 Six months have passed since the season opener, seven since the rhythm picked up after Labor Day. There was an uncomfortable feeling several of us had towards the season during training camp, but it wasn’t until probably the Islanders-Sabres home games – the seventh and eighth games of the season – in which the scope and immediacy of the organizational challenges became clearer. A coaching change was made on November 4, a key forward traded a week and a half later. Eventually there will be analysis of how and why things went wrong, and surely the players are among the groups chiefly responsible for the situation they’re in. They also remain well compensated even when out of contention early. But this has been a long, draining time to fight from behind, and Drew Doughty wasn’t speaking only for himself when he said that he just wanted to get the season over with. The Kings have played 71 games since returning from an early season Dallas-Minnesota trip with a six-game losing streak and a 2-7-1 record. So many on this team had never been in a situation like this before; they held a playoff spot in March two seasons ago, and even in 2008-09, the final season of the organization’s postseason drought, had returned home from the Grammy Trip winners of seven of eight and only two points out of a playoff spot. Other than the last dozen or so games from 2016-17, it had been the near entirety of a decade since the team had played out the schedule, something they’ve been doing well beyond their official elimination date of March 18. Sunday’s exhausting, disappointing feeling is the eternal hockey motivator, and they should have a lot that should motivate them for 2019-20. 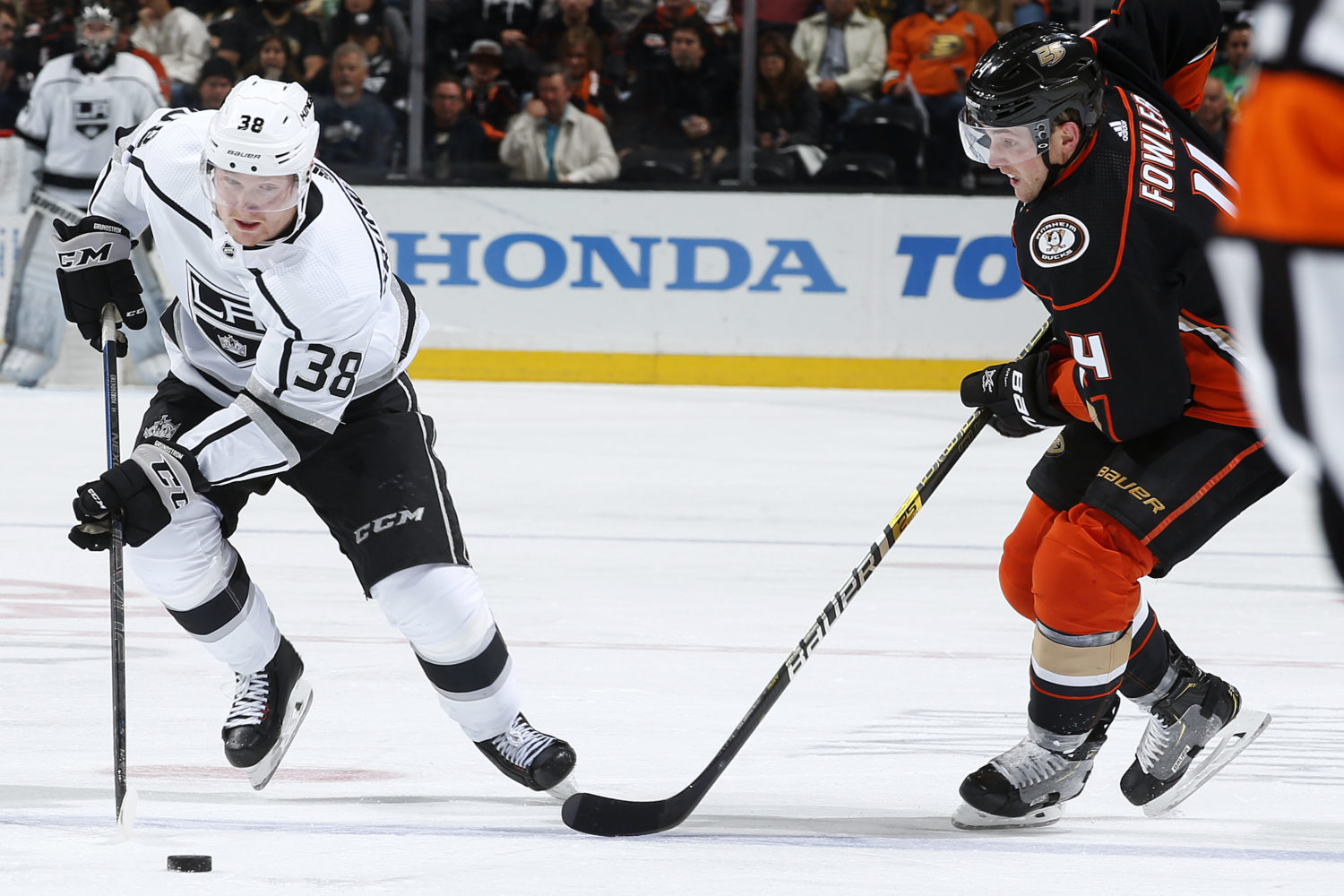