INSIDERS. A good afternoon to you from El Segundo. The LA Kings face the Washington Capitals at 7:30 p.m. tonight (FOX Sports West / FOX Sports app / LA Kings Audio Network) and are projected to align as such:

–The vitals: Jack Campbell was the first goalie to leave the ice and is projected to start in net against Washington, whom he has never faced in his career. Jonathan Quick, who became ill prior to his scheduled Saturday start and had to leave Staples Center early, was also on the ice but remained on for extra work with Michael Amadio and Sean Walker. He’s feeling better. “He’ll be good. He could probably go tonight if we wanted him,” said Willie Desjardins, who acknowledged the bug passed quickly through his goaltender. “24-48 [hours], somewhere in that area.”

Tonight’s game follows an unscheduled Sunday day off influenced by the conclusion of Saturday’s game. “You have to come back after that loss the next day, the tempers would still be running pretty high,” Desjardins said. “Like, it was just a hard loss to take, the last two. I just thought we were better off to get away and regroup and get our energy and come back and be ready to play today.”

Desjardins liked the life he saw Monday morning. “The mood’s there. That’s the sign of pros, is that they move on.”

–Their vitals: Washington is coming off a 5-2 loss to Anaheim last night in which Braden Holtby allowed five goals on 39 shots, so don’t be surprised if Pheonix Copley makes his second start against Los Angeles in as many Mondays. He earned the win in the 6-4 win at Capital One Arena on February 11. TJ Oshie suffered an upper-body injury last night and is “questionable” to play today. Per Isabelle Khurshudyan of the Washington Post, the Caps don’t believe it’s a long-term issue. Your (now annual) reminder that the Capitals have lost eight straight games in downtown Los Angeles since a 3-2 win on December 14, 2005 in Alex Ovechkin’s first Staples Center visit. Goal scorers in that game were Eric Belanger, Sean Avery, Jamie Heward (x2) and Brian Sutherby. The only players still in the NHL from that game are Dustin Brown and Ovechkin. Here is a photo from that night: 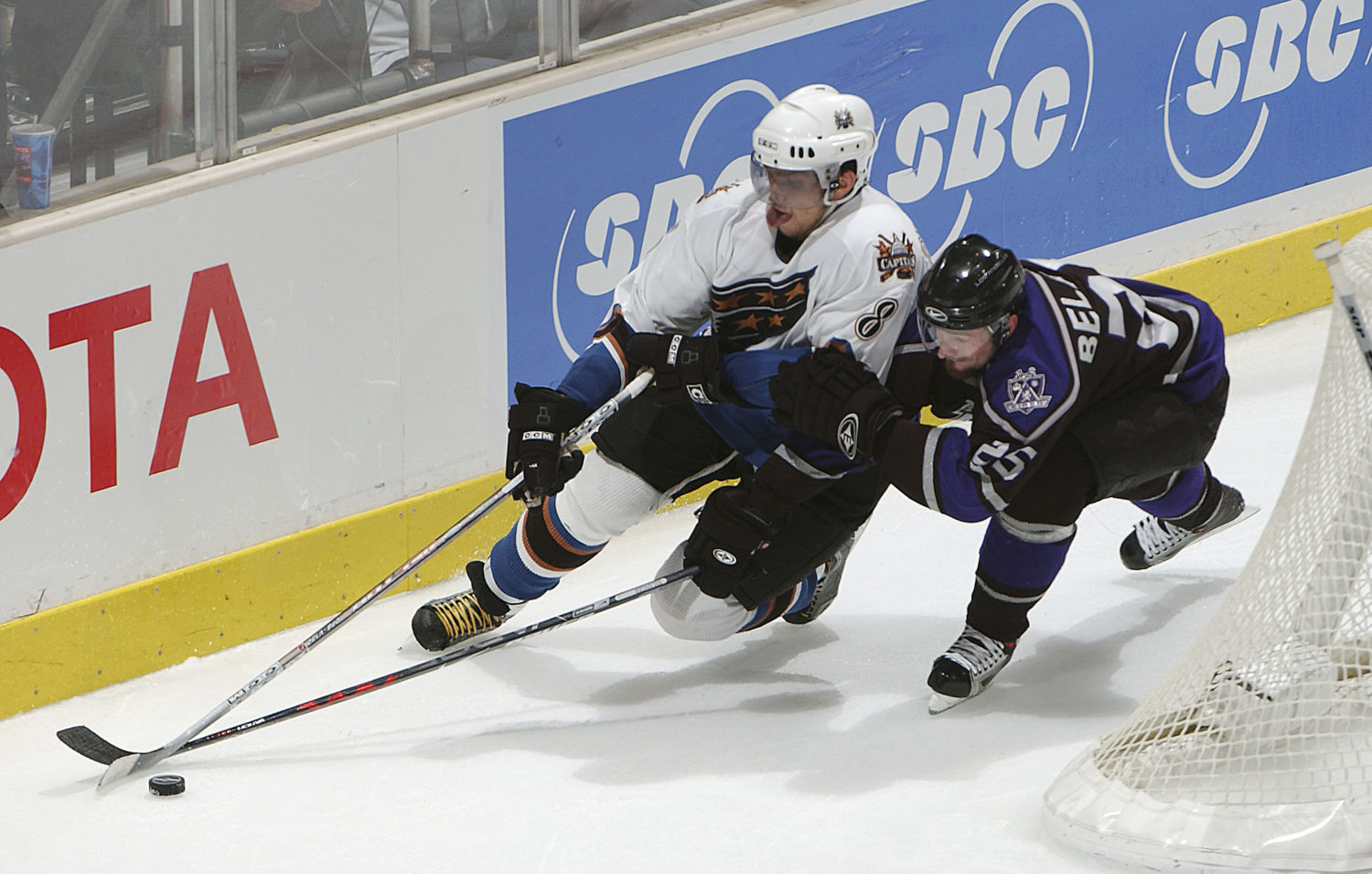 –Sean Walker estimates the puck that ramped up off his stick and into his face required 20-25 stitches above his lip to sew up. This was more complex than a typical NHL stitch job.

“Because it was so deep, they had to do two layers, and then the top layer,” he said. Fortunately there was no fracture and no concussion, so there’s no long-term scare. After skating this morning in a full face shield, he spoke to reporters with a disposition less damaged than his swollen right eye.

“Once I sat down in the chair [after the injury], I couldn’t really tell [how bad the injury was],” he said. “I couldn’t feel it, so I said, ‘what’s going on? Is it my nose or is it my lip?’ and they said ‘it’s just your lip.’ Once they stitched that up and then they felt around to see if there were any fractures or any more pain, it was all good. I was really fortunate.”

Had the Kings been shorthanded, he’d probably have played. It might have required the type of scenario experienced in February, 2015, when a food poisoning-weakened Robyn Regehr played nearly 24 minutes during a win in Columbus because the Kings only had six healthy defensemen and Derek Forbort’s flight out of Boston was snowed in. But such fortitude was not required today, and by the time he plays next, the full face shield may be off altogether.

“He’s good. I think he’d be ready if we called upon him,” Desjardins said. “I think whenever you play with a shield, it’s not something you want to play with. You’re better off without it I think, but right now he needs the shield.”

Walker noted that Alec Martinez had informed him of the gruesome facial fractures he suffered by taking a slapshot to the face while playing in Finland during the 2012-13 work stoppage. Fortunately no surgery was required for Walker, alleviating the worry back in the Walker household.

“I think only my dad was still awake. He was the only one who saw it,” Walker said. “He texted me right away just making sure I was alright. I’m sure he was pretty worried.”

Ironically, Walker was on the other end of a puck that deflected off a stick five days prior. In Boston, his shot caught John Moore’s stick, ramping into the Bruin defenseman’s face. Moore was more fortunate, with the puck catching most of his visor.

–Walker’s absence will give the Kings another opportunity to get a look at Matt Roy, who logged 11:32 in his NHL debut on Saturday. “It gives him a better chance, maybe a second or third game, of finding out where he’s at,” Desjardins said.

Roy said the “moment” came when he was standing on the bench during the national anthem, and he was able to find the time appreciate the surroundings of his first career NHL game. “It was nice to get the first shift out of the way, and after that I kind of settled in and played my game, so it was good,” he said.

There may be another “moment” today: as a right defenseman, he’ll be aligned on the same side of the ice as left wing Alex Ovechkin.

“It’s crazy to me,” he said. “I know watching him growing up, he’s got a super hard shot obviously and he likes to get that off, so I’m just going to try to take the body on him and play as simple as I can and hopefully limit his chance.”

Earlier this week, the Beijing Jr Kings, led by Head Coach and Kings alum Todd Elik, took the Toyota Sports Center ice after a Kings practice. An update on where the grassroots efforts to grow the game in China stand:

Todd Elik, on the thrust towards organizing and orchestrating the Beijing Junior Kings:
The first thing is getting bodies. If we don’t have bodies, we don’t have teams. The younger ones, we have four or five first-timers, so just fundamentals, strides, skating, stopping. With the U-10s, they’re more advanced, so we’re teaching more skill stuff, systems stuff and just more hockey-related stuff.

Elik, on how to create a wider player pool in China:
Marketing is not a huge thing over there. We do a lot on WeChat and we’ve got branding, but it’s mostly word of mouth about your program, how you run it. We run it really different – we run it North American where hockey is a team game. There, they do a lot of private lessons, so again, hockey is more of a team game. You have to teach ‘em how to pass the puck and how to be teammates. [Reporter: There’s also a massive scope – and isn’t the government also looking to build 300 rinks in advance of the Winter Olympics?] It’s now 500 rinks. The government gave $500-million as well.

Elik, on the hockey infrastructure in advance of the Beijing Games:
It’s tough. We do have some skilled players. I think the whole goal of the government is to get as many out as they can, because you might have a diamond in the rough. And that’s what we’re trying to find. We have 30 kids registered. 10 that come off privately, and we want to get to 100, and hopefully we just keep growing that way. [Reporter: And Beijing, with more of a winter climate, is more of a hockey town, isn’t it?] It is. More than Shanghai. That’s what we found out as well.

Elik, on teaching young Chinese players:
It’s different than here, the mentality. We try and instill passion and emotion about the game, and that’s what we have to instill in the program. That’s it. Get them out, show them, be hungry, be early, punctual, eager, passionate – stuff like that. … We evaluate them. By looking at them, probably the first 10 minutes, what kind of skill they have. Some need work, obviously with skating, and some are more advanced. We kind of pair them with each other – the better players and the developing players. 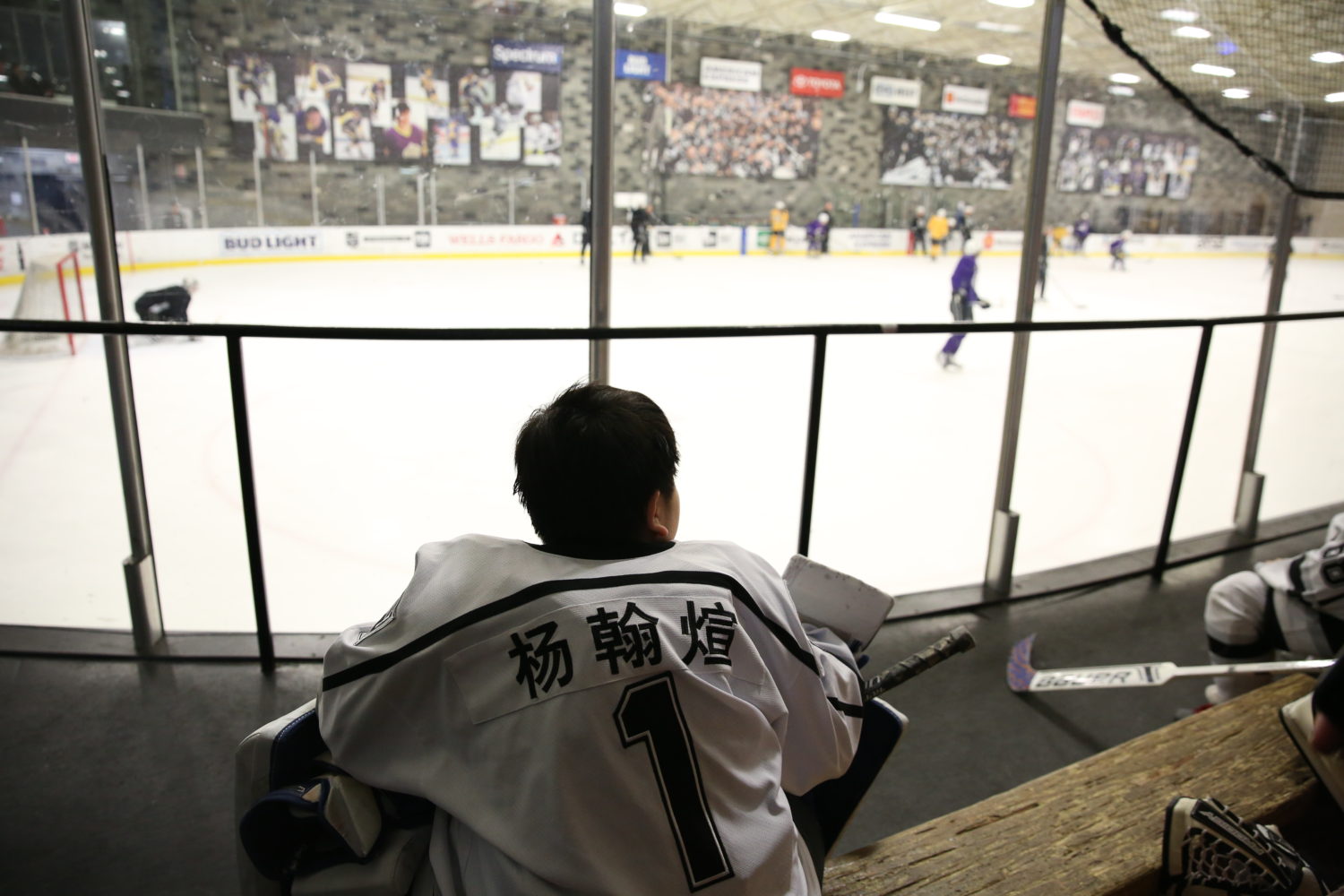 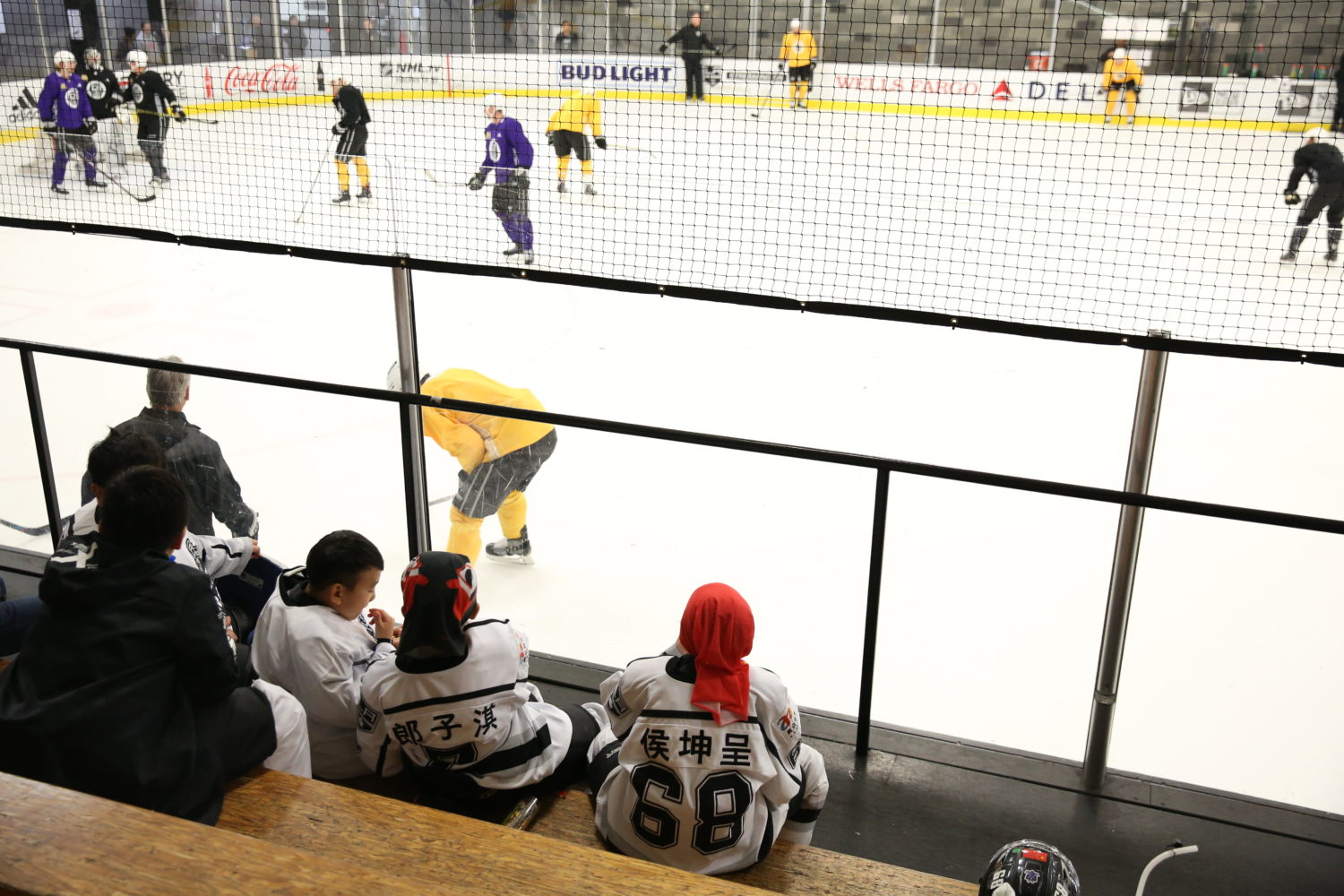 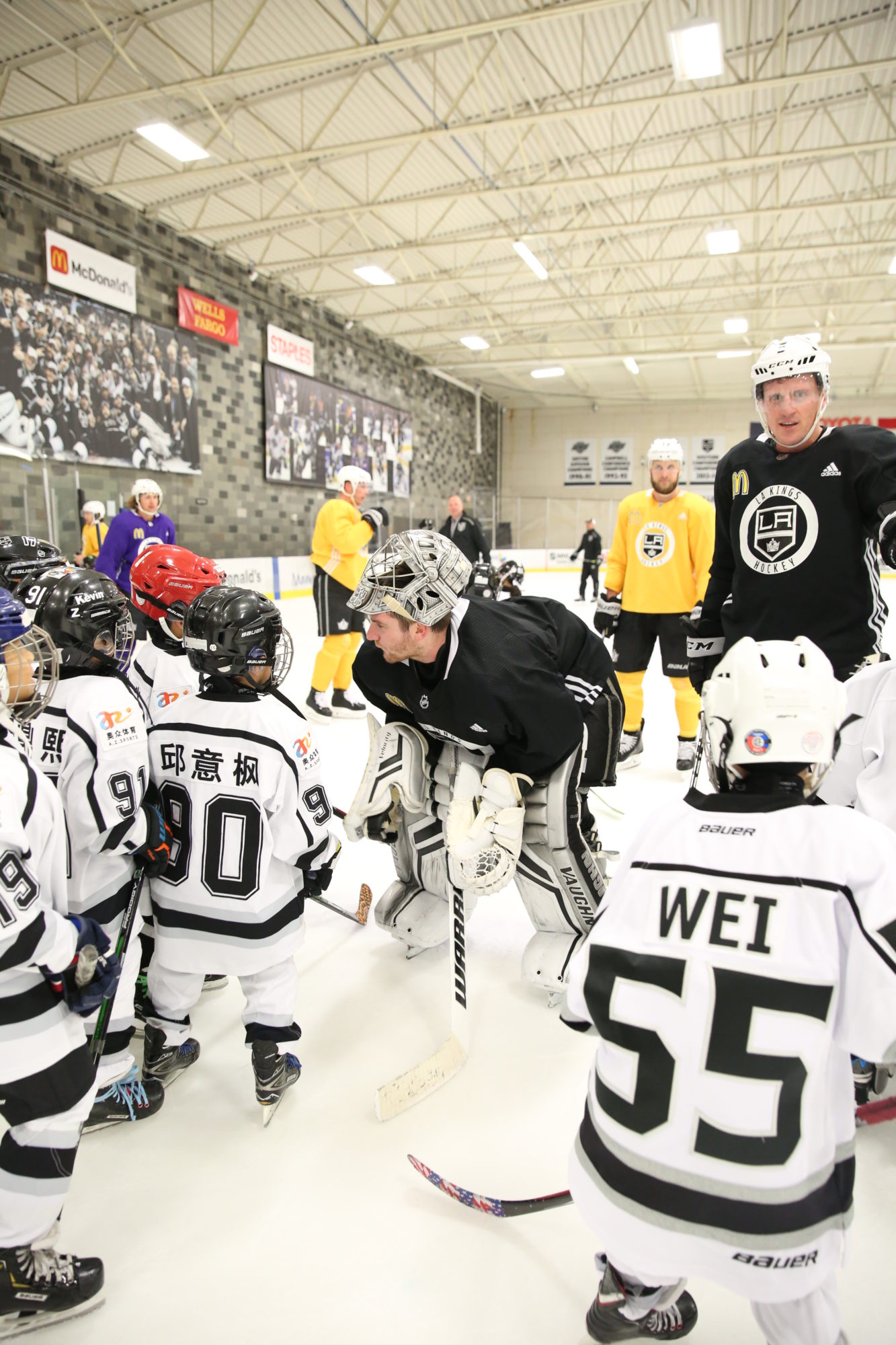 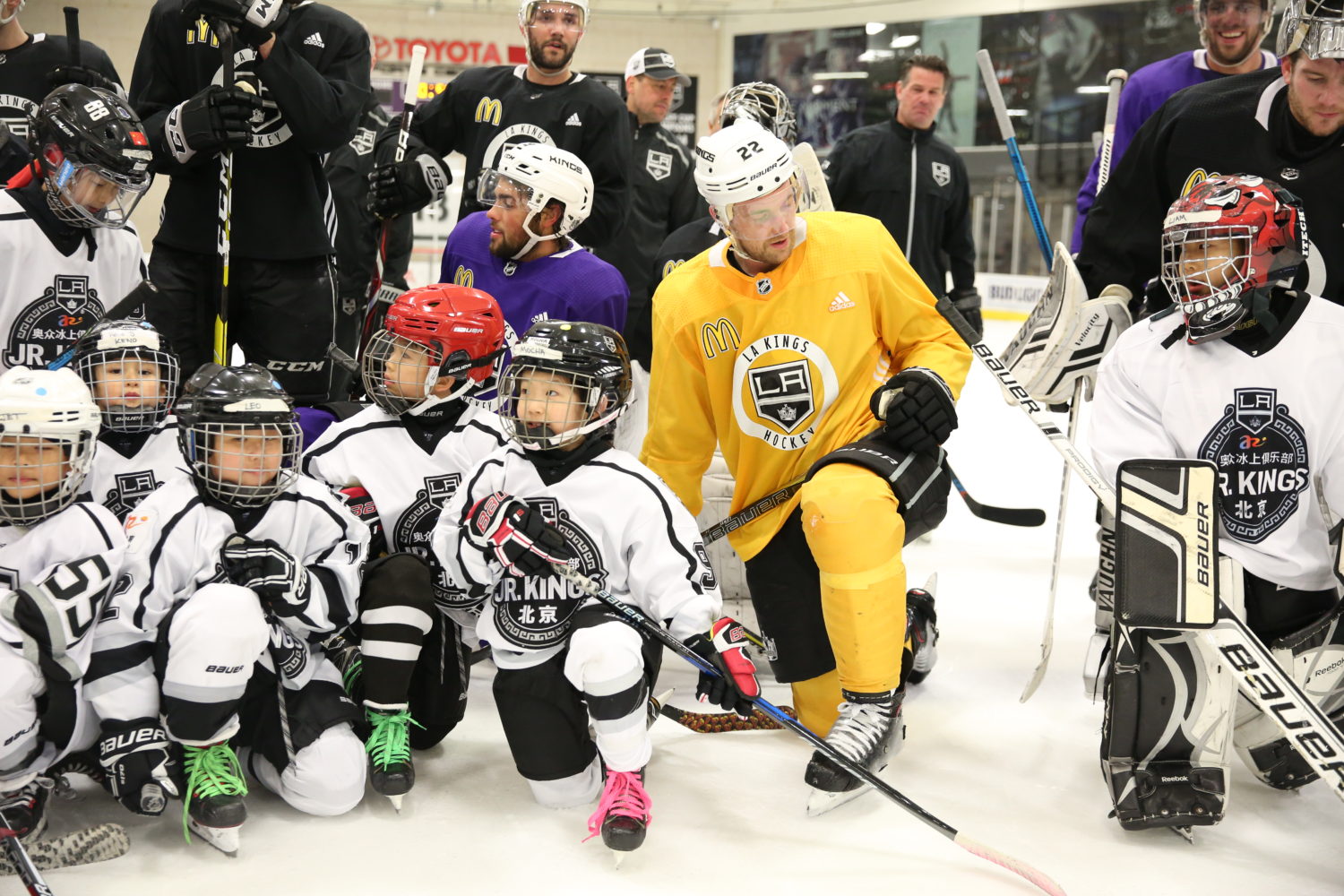 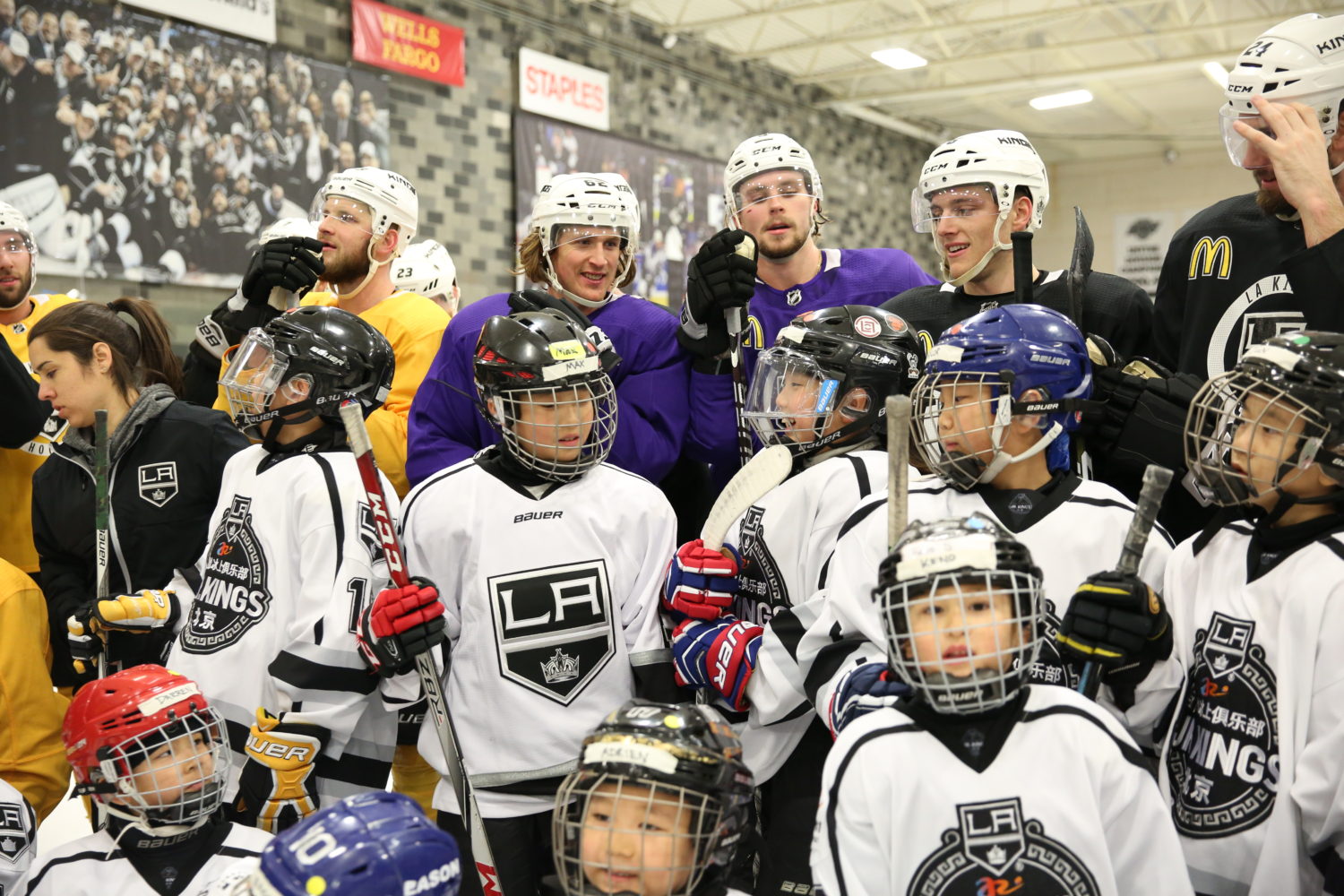 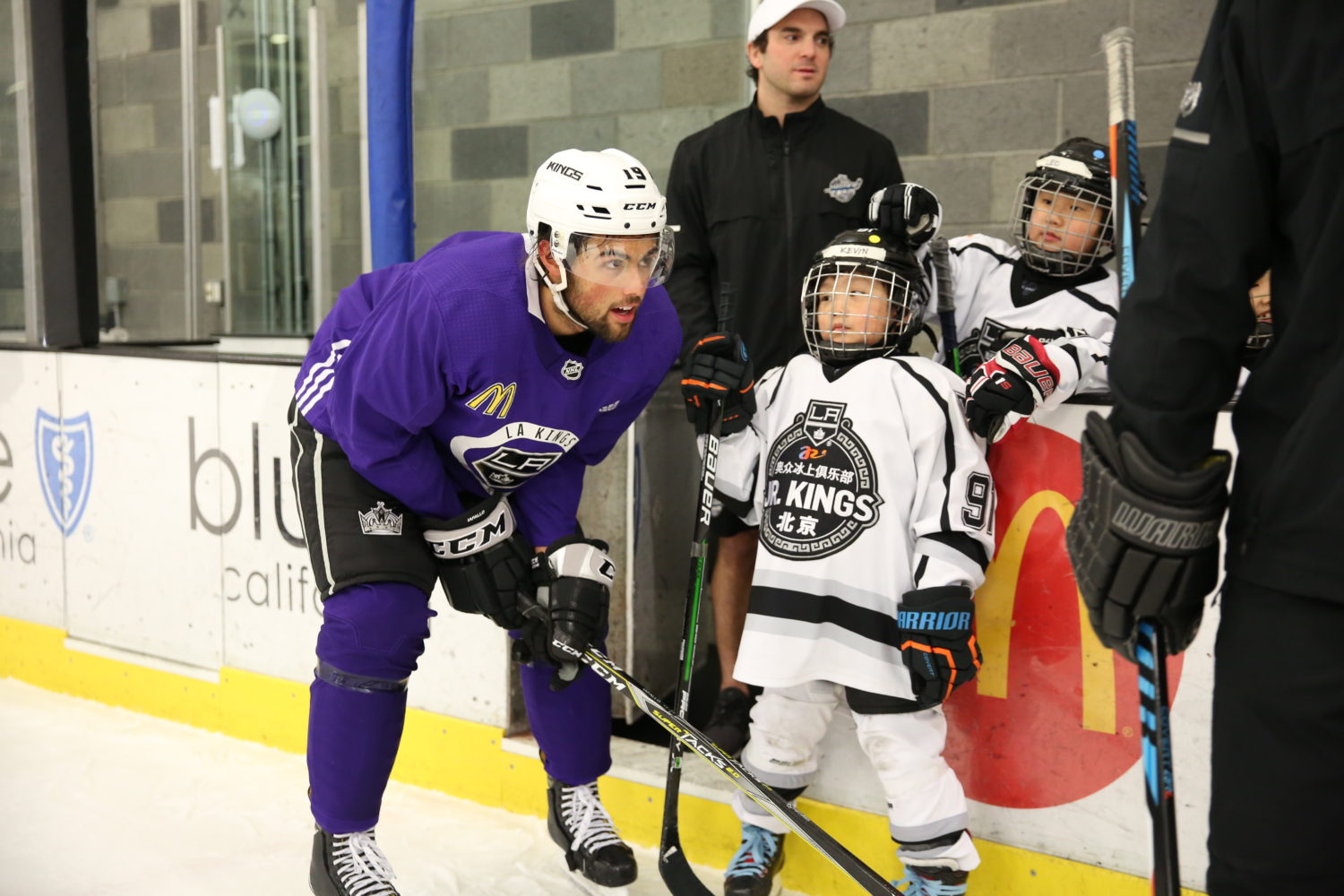