For the second straight night, the Reign played a one-goal game against the AHL’s hottest team, the Bakersfield Condors, but for the second straight night they were unable to “beat the streak”. The Reign put forth one of their gutsiest efforts of the season, earning a point as the game went to overtime at 1-1, but Cooper Marody’s goal midway through the 3-on-3 session was the difference as the Condors made it 15 straight games won, while Ontario has to settle for one point from two games.

The Reign battled for 60 minutes tonight. Often times this season, we’ve seen 20 or even 40 minute patches of strong play from this Ontario team, but tonight, the effort was there throughout the game. The Reign were a perfect 6-of-6 on the penalty kill this evening, including a stretch at one point when three of the team’s six defensemen were in the box.

After Bakersfield opened up a 1-0 lead, the Reign got a goal late in the first period to tie the game at one. Sheldon Rempal fed defenseman Austin Strand at the point for a one-timer and forward Zack Mitchell got a stick on Strand’s bid, redirecting it past Bakersfield netminder Stuart Skinner to knot the game at one. Mitchell has collected a point in three straight games, with Rempal and Strand picking up a point for the second straight game.

From there, both teams had their chances and both goaltenders made their saves. For Ontario, goaltender Peter Budaj had a fine start as he stopped 26 of the 28 shots he faced. Budaj has now stopped 61 of 65 in two games at Rabobank Arena this season and, overall, has now put together two solid starts and two solid relief appearances in his last four games played. After Shane Starrett surrendered six goals for the Condors yesterday evening, Stuart Skinner had the net tonight on home ice as he made 19 saves on 20 shots to earn his fourth win of the season.

With defenseman Matt Roy making his NHL debut with the Kings, defenseman Kurtis MacDermid returned to the lineup on the blueline, while Craig Wyszomirski appeared to see an uptick in minutes as the Reign shuffled partners and pairings throughout the evening to compensate for Roy’s absence.

Ontario will be at home for three games in four days next week, beginning against the Stockton Heat on Wednesday evening at Citizens Business Bank Arena, with puck drop slated for 7 PM.

Mike Stothers on whether he can take solace in a gutsy, gritty effort, despite not getting the two points
I think our guys worked hard enough that they deserved two points tonight. I think that’s a heck of a turnaround, heck of a rebound from last night’s 7-6 game. We got Dermy back but we lost Royzie, we were still a little thin on the backend, and I thought the guys battled hard, battled through a lot of adversity. For whatever reason, the power play to penalty kill ratio was certainly not in our favor here tonight, but real happy and proud of the guys response here tonight.

On shuffling of defensemen throughout the game
Well, at one point we had three D in the box, they were all in there at the same time, so that kind of changed things a little bit. They all got their fair share of ice time, it’s just the nature of the game.

On Matt Roy’s absence and his earning the call to the NHL level
It’s a great opportunity for Royzie and well deserved. He’s come in and he’s worked hard. He’s a coaches delight in the fact that he doesn’t say a whole lot, he just goes about his job. He welcomes the teaching part of it from the coaching staff, he embraces it, he wants to get better and he’s bided his time. It’s a great opportunity for him, we’re all happy for him, we’re thrilled and his teammates are too.

On Craig Wyszomirski’s game and what he brings
He’s a gutsy guy and he’s not afraid to block shots, he’s not afraid to stick up for his teammates, he hits, he finishes checks, makes life difficult in and around the net front for opposing players. Yeah, he’s not the flashiest guy around and in a perfect world, he’d probably be a good 6th, 7th defenseman on a team, but he’s got a lot of good character. He’s good in the room, the guys love him, but the hardest part about playing him is trying to spell his name correctly on the lineup card. 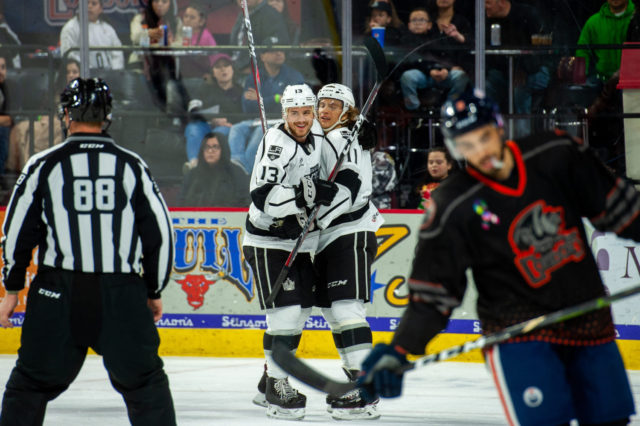 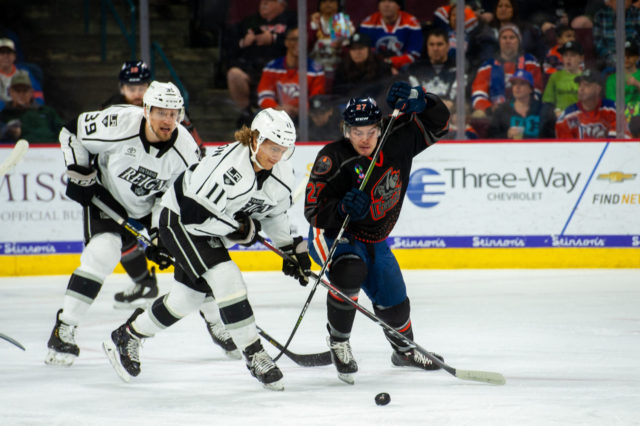 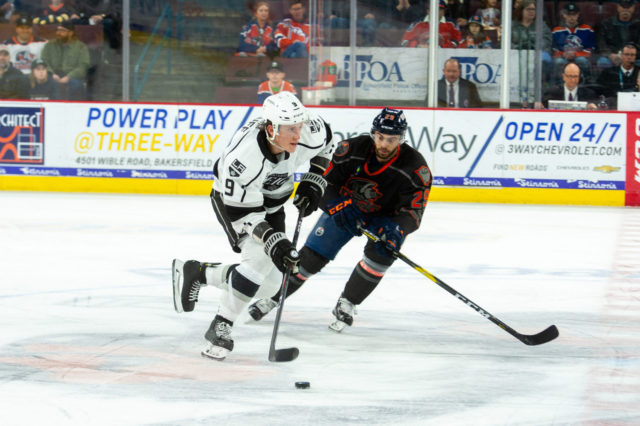