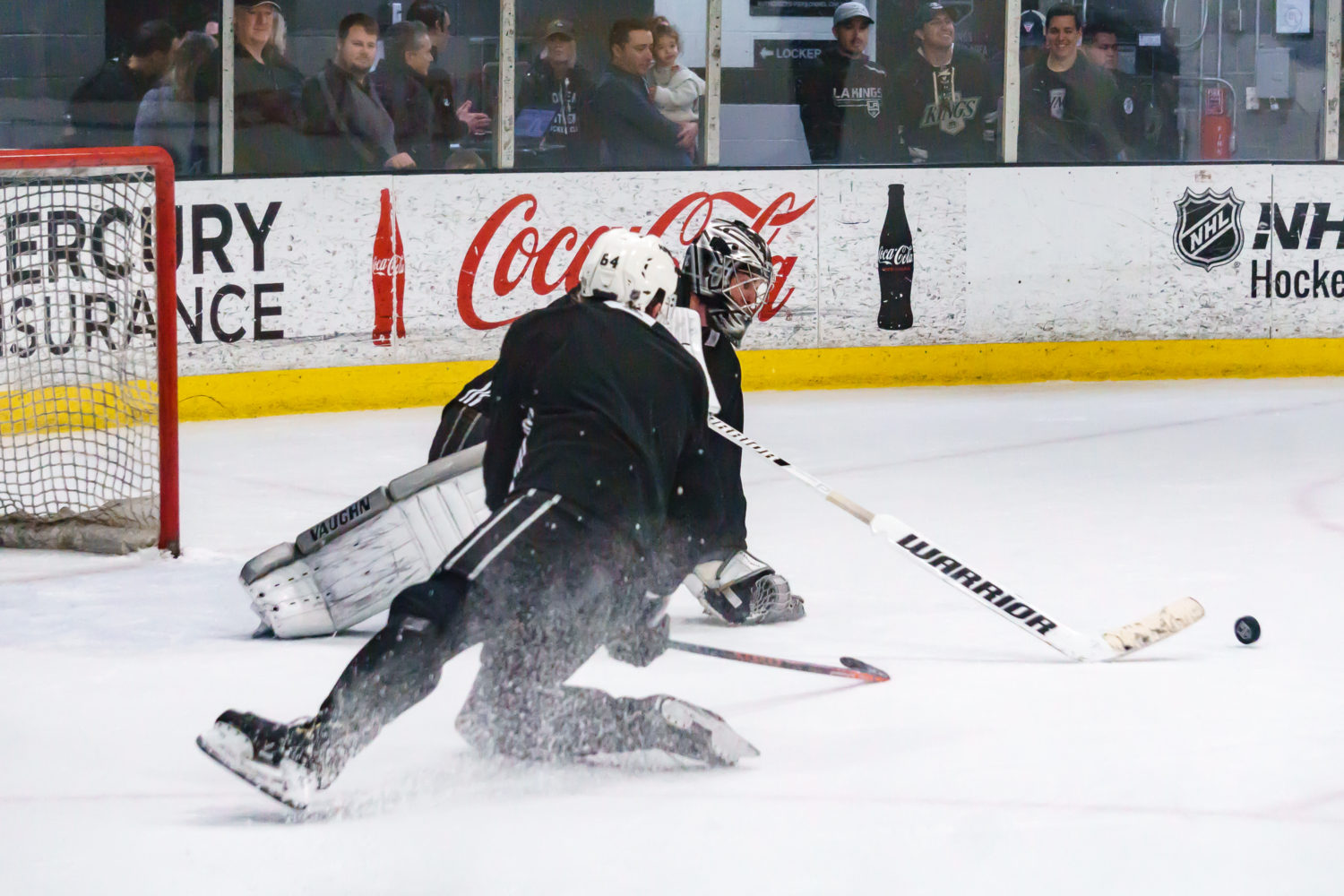 –Jake Muzzin, Alec Martinez and Oscar Fantenberg did not take part. It was a maintenance day for both Muzzin and Martinez, while Fantenberg was ruled out for the final game before the 11-day bye week and All-Star break. He’s still dealing with a lower-body injury. “I thought it might be quicker than that, but it’s not,” Willie Desjardins said. “He’ll be good after the break, though.”

Trevor Lewis had not yet taken the ice as of Saturday afternoon, though word from hockey operations was that he was “getting close to going on ice by himself.”

–The way you wanted to see the team hustle and compete against Colorado? That work ethic was there one day later in a battle-heavy practice with drills designed to boost finishing ability and offensive zone playmaking along with the type of two-on-two and three-on-three drills that that can get highly competitive.

“I think that’s the way we need to practice, with more pace,” Carl Hagelin said. “We’re not a team that’s first in the standings and can just let the games do the work. We need to put in work because we’ve got a lot of steps to climb. We’ve got to be physical, we’ve got to be intense in practice, and today was a good step in the right direction.”

The high-intensity practice, of course, followed a blowout loss, so there were plenty of areas to refine in advance of the final game of the schedule before the extended break.

“I think it was just time for us to have a good practice, no matter what happened yesterday,” Hagelin said. “We’re obviously not where we want to be in the standings, and I think there’s not many players that are playing close to their max right now, so I think it starts with having good habits, working hard, and all of a sudden the games become a lot easier.”

That extra edge and focus represented the response that Desjardins advocated.

“Well, it should have been. The game wasn’t the game we wanted. The guys had to be disappointed in it,” he said. “The one thing we talked about in the room was just consistency. We’ve shown at times that we’re not a bad team. That road trip, there were moments in that trip we were pretty good. For us, it’s how can we be that way all the time? The best way to get that way all the time is be consistent, and it starts in practice, and that was kind of the message.”

–A matinee, ahoy. And not just any matinee, but one preceding a break. The Kings were actually dialed in during the Christmas break bookends, winning in Vegas in overtime and then at home against Arizona on December 23 and 27. But given that this is the longest in-season break since the 2014 Olympic hiatus, and these types of games around breaks might not capture a team’s full attention, regardless of record – conference-winning Nashville, for one example, looked guilty of this at home against Los Angeles prior to the Christmas, 2016 break – is there any concern that the team might be “half-checked out?”

“I can’t believe they’d be half-checked out,” Desjardins said “I think for a lot of guys, it is frustrating to lose, and it is tough. That part can make it hard, but saying that, the reason you’re here is because you love to play and you love to find ways to win. That’s why you’re here, so I just can’t imagine that guys wouldn’t be ready for that.”

–Desjardins was asked a question about Dustin Brown and responded with an interesting take on his sturdy game: “He’s a big, heavy guy. Him and Kopi play well together. And I always believe that there are certain guys on your team that to beat us, you have to go through ‘em, and I always think Brownie’s one of those guys. Brownie, he’ll never give the game to you. He won’t give it to you. If you’re going to beat him, you’ve got to go through him. And I like it if people have to go through him, because he’s not an easy guy to go through.” Desjardins also relayed Brown not being satisfied and always wanting to show more in his game, “and that just shows what kind of a guy he is.”

–Monday’s game will be broadcast nationally on NBCSN by Alex Faust and Darren Pang. Nick Nickson and Daryl Evans will drive the limo on the LA Kings Audio Network.

Willie Desjardins, on whether he recalibrates practice plans after results like Saturday’s:
For sure. You go back lots. You have to always look at your results, and then kind of fine tune what you’re doing. You have a plan, where you want to go, all the things you want to work on and that, but then after every game you’ll look at it, and then you’ll adjust accordingly.

Desjardins, on matinee games:
It is a different game, but it is the same for both teams. If you play good you can say you won and if you play bad you can say, ‘well, it didn’t work.’ It’s the same for both teams. We just have to play good. We’ve played some pretty good afternoon games. We have. We got on a bad roll the other night, and things just got away on us. Our specialty teams got away. It happens. It should never happen, but it does sometimes. 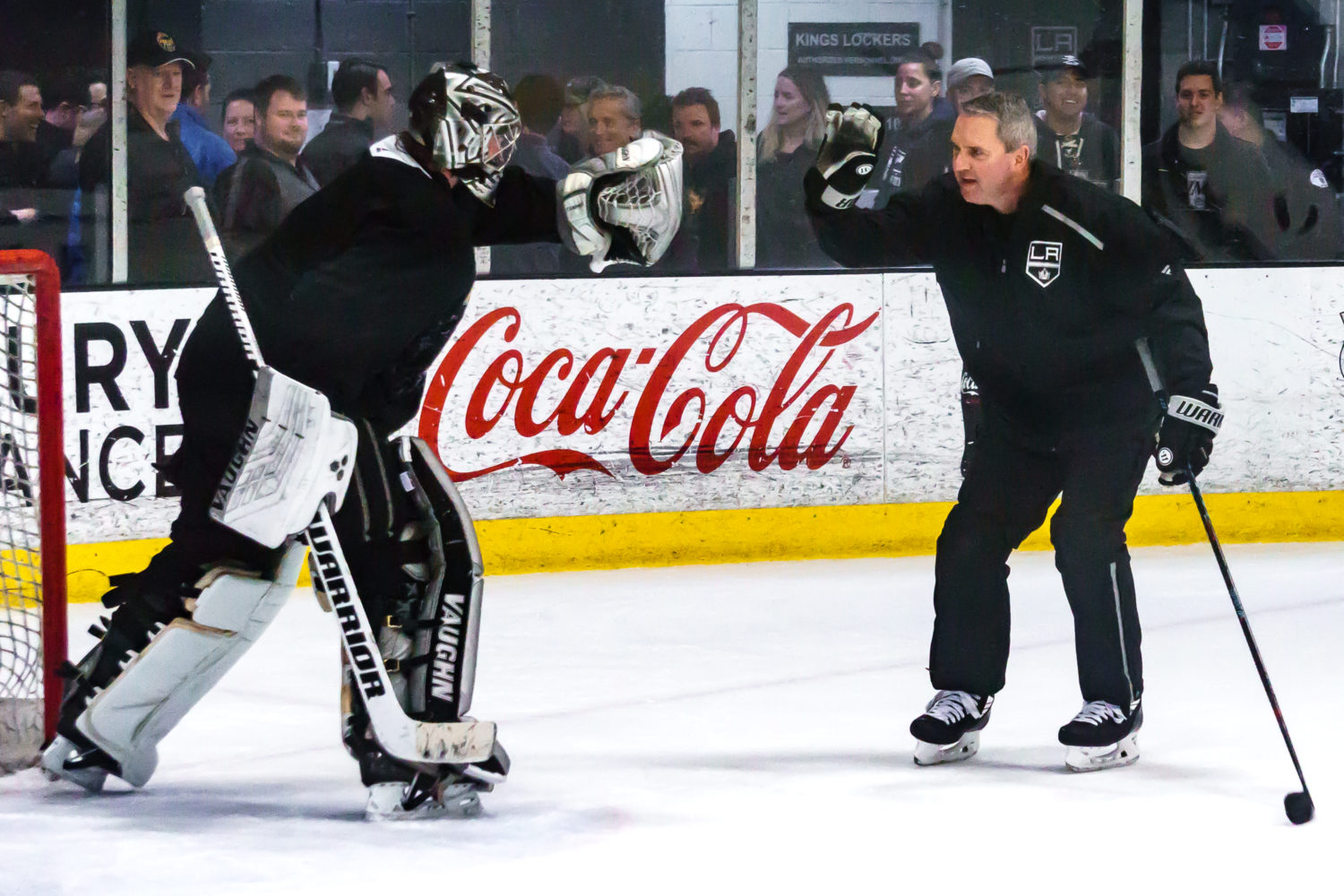 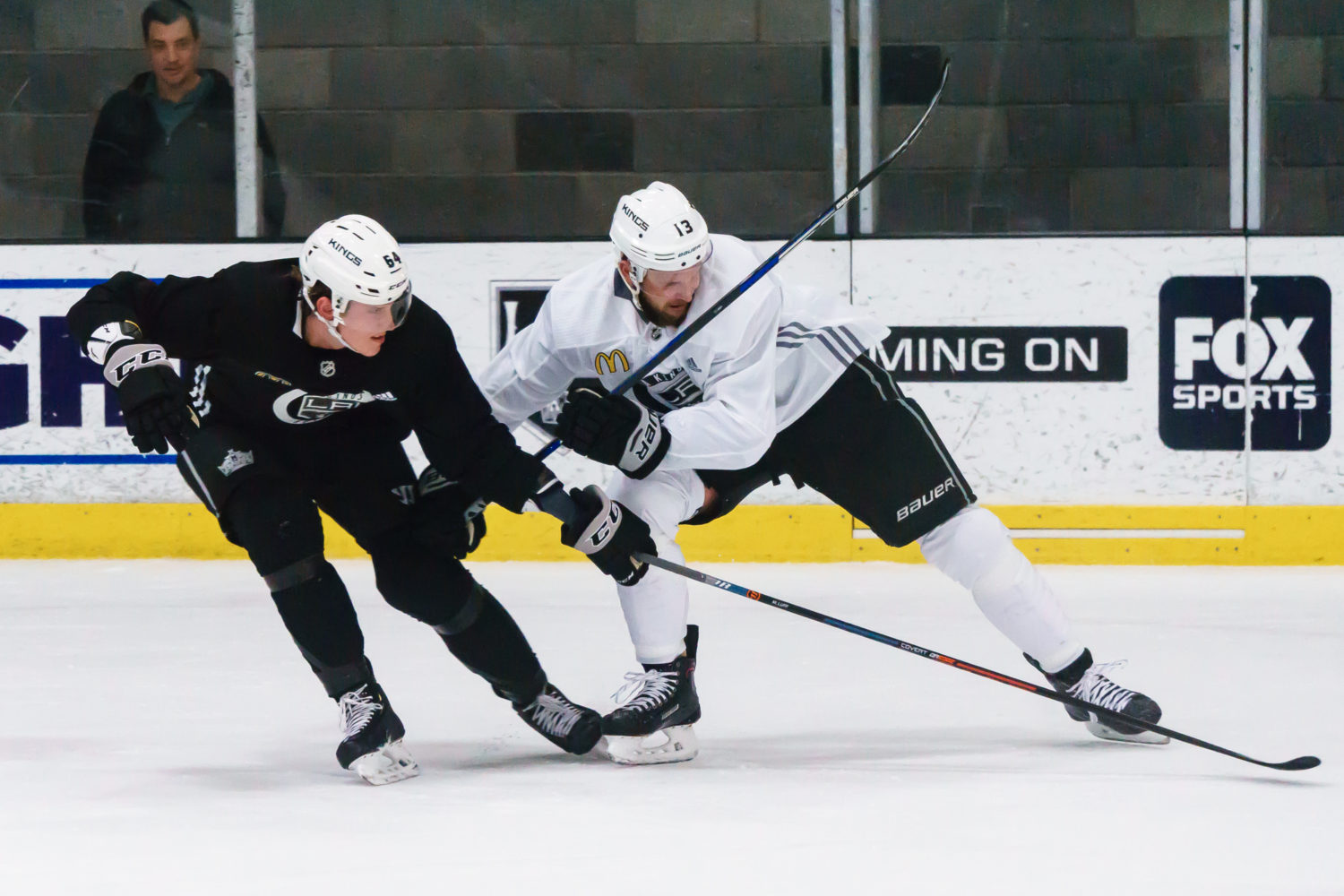 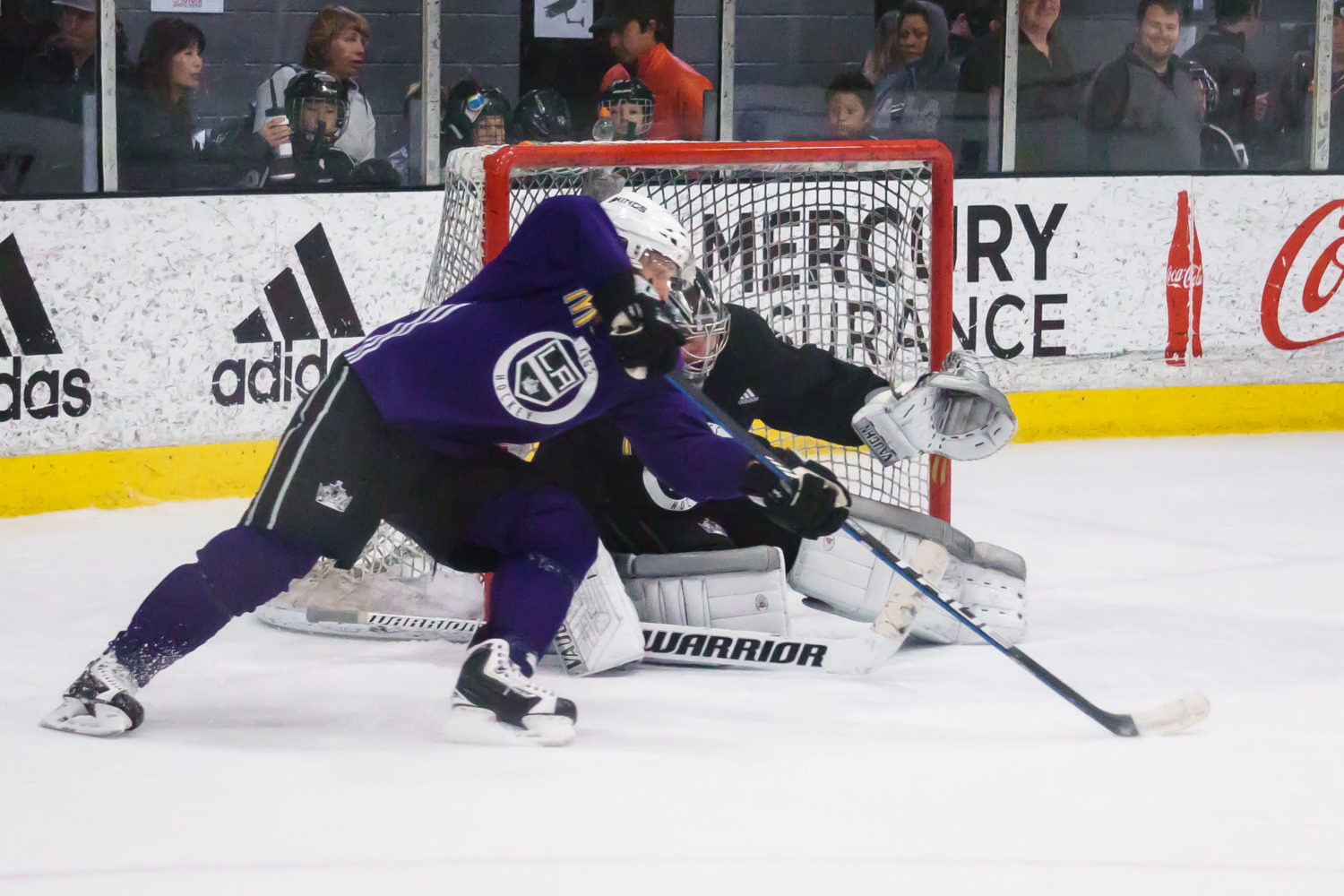 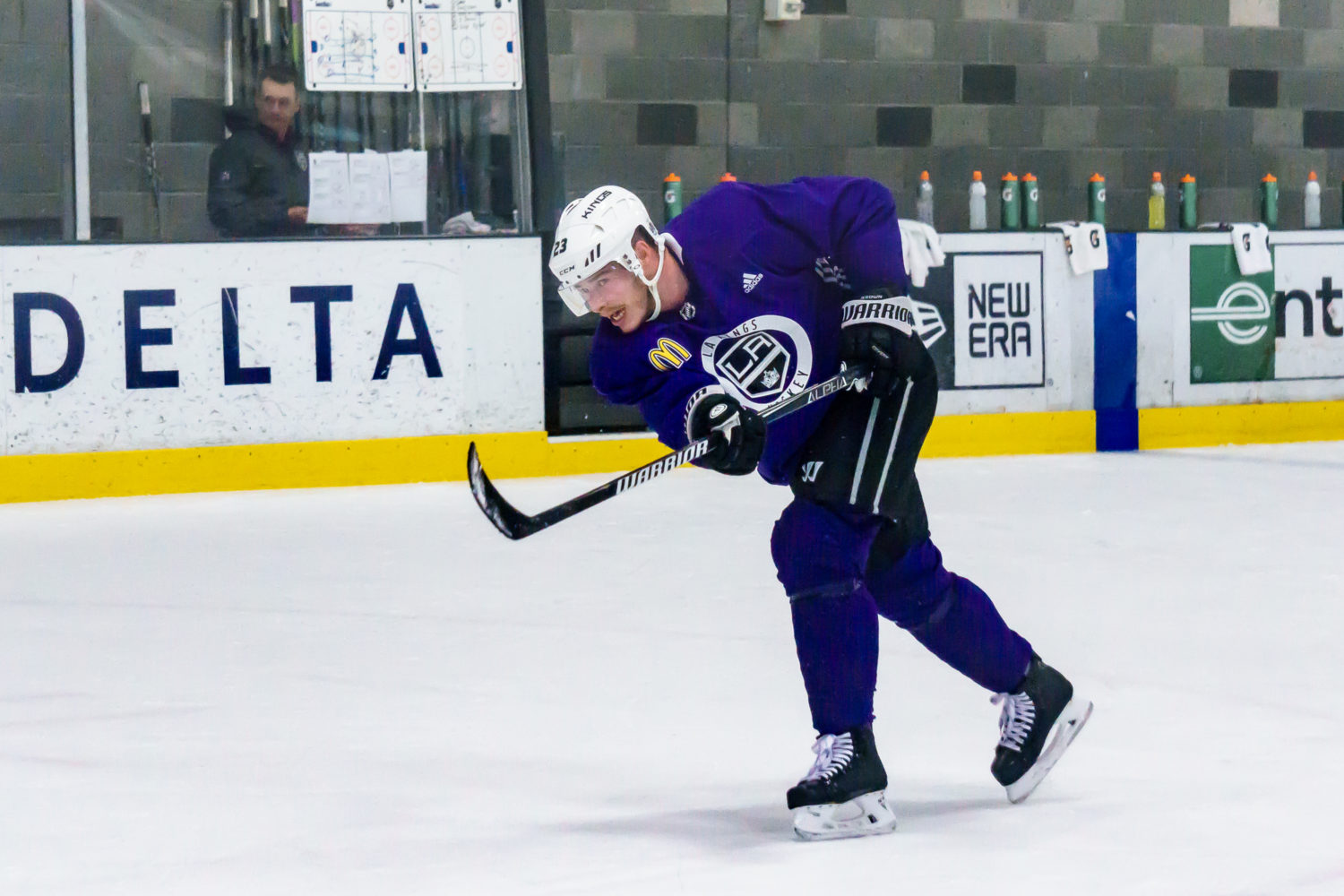