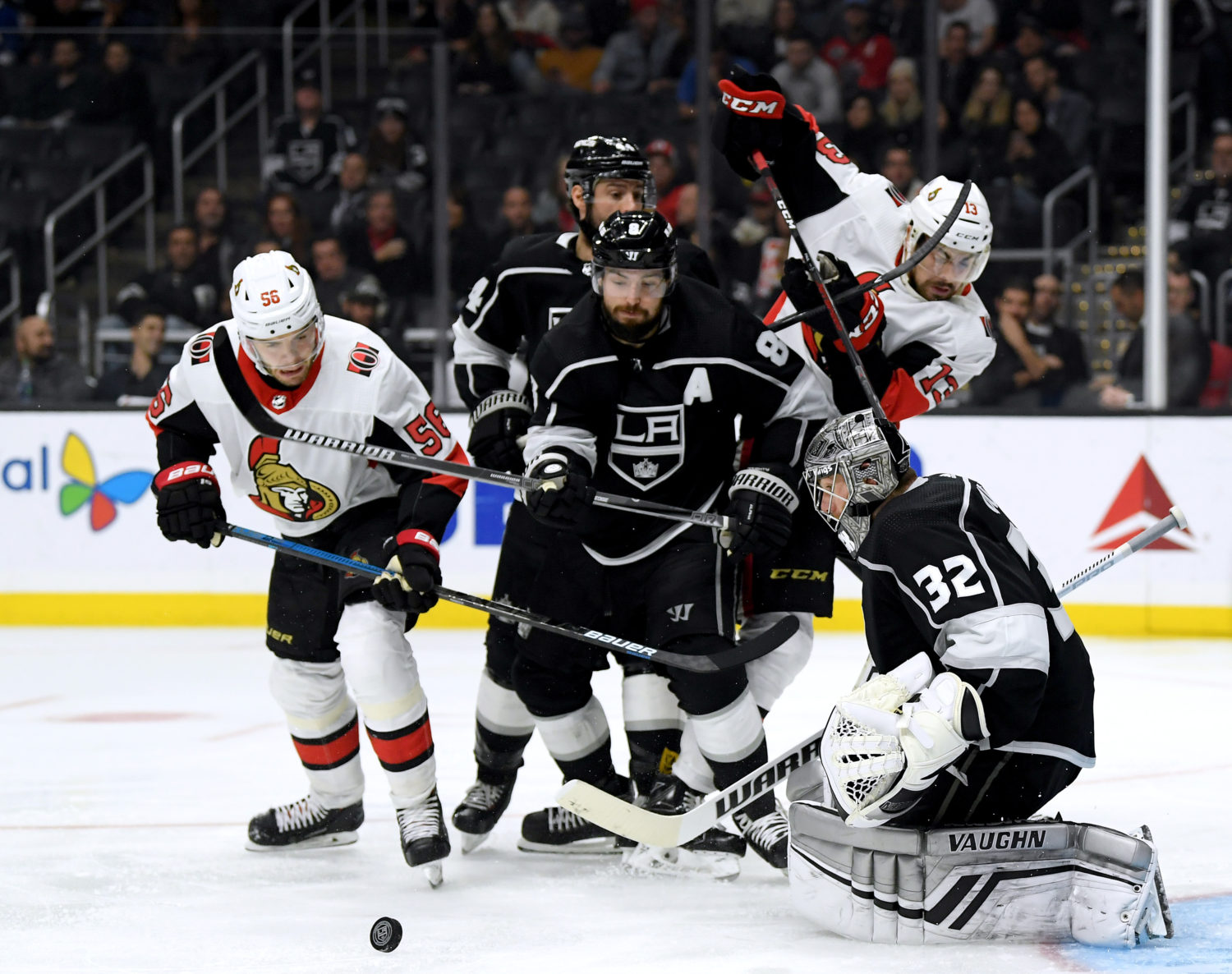 Willie Desjardins, on the turning point in the game after a good start:
Yeah, we had a decent start. I thought that we got the one, and then we sat back a little bit. We didn’t generate much in the second. They got that power play one, got it going, and then they got one right after. And then they got a break right at the start of the third. We had some chances, but they wouldn’t go in after that.

Desjardins, on the ebbs and flows in energy this season:
We have had some good games, and tonight wasn’t one of them. I think Ottawa played a good style. We knew they’d try to frustrate us, and they did. We quit getting pucks behind their D, and we just didn’t generate anything and we let them start taking the game over. Once we got going, it was too late. Things weren’t going for us and we just couldn’t turn it around. Our energy was OK at the start. We just have to be better. We just have to be better than that.

Desjardins, on whether he senses dips in focus prior to games where emotional investment is low:
You worry sometimes. I was a little bit worried going into San Jose, but I thought we had a great effort in San Jose. Coming in here, they played last night, so you think we might have an advantage, so maybe the guys relaxed a little bit, and that’s usually one problem that we have sometimes is for whatever reason, we relax, we think it’s going to happen. We just didn’t get enough out of everybody. We just didn’t get enough out of all the lines, and to say ‘you see it,’ if you see it coming, then you’d change something so it wouldn’t come. It was one of those where if we score on that power play, we probably win the game. We were up 1-0. If we go up 2-0, we probably have a pretty good chance in that game.

Desjardins, on whether he laments any one missed scoring chance in particular:
No, I do think if we scored on that power play, it would’ve changed it a bit. Kopi had a couple chances in the third that didn’t go, but that would’ve just made it 3-2, so that wasn’t going to be enough, anyways.

Jake Muzzin, on what made it difficult to score:
I think we kind of let up after we scored our first goal and let them into the game and then you know they got two and we just couldn’t get back into it. It was disappointing. Frustrating. We can’t let teams off the hook and we let them back into the game and they took advantage of it.

Muzzin, on any positive takeaways from the game:
Well, the start of the game was a positive I think. We went out, you know, we didn’t score on the power play, but we got some momentum. We had some shots. That helps with getting shots on net. We had a few power plays which we haven’t had in a while. So I thought once we got into their zone we did do some good little things. Some low to high plays and pucks to the net and traffic and rebounds and stuff like that, but we have to do that for 60 minutes and we got away from that later in the second period and they capitalized on chances and then we couldn’t get back in.

Muzzin, on managing the team’s energy throughout the course of a game:
It starts from in here in the dressing room. You know, we need guys with more emotion, more energy, more passion in the game and it was kind of dead in here and our play showed.

Kyle Clifford, on tonight’s loss:
It’s awful. It’s just embarrassing, to be honest. Not much more to say than that.

Clifford, on if the first two goals allowed were uncharacteristic for the Kings:
Yeah, for a team that prides their self in playing defense, we didn’t do a very good job tonight.

–Kyle Clifford (1-0=1), who has missed 11 games, tied his career-high, set in his 2010-11 rookie season and matched in 2012-13, with his seventh goal. His seven goals are tied for fifth on the team with Ilya Kovalchuk, Tyler Toffoli and Matt Luff.

–In his first game back from injury, Alec Martinez recorded three shots on goal, five total shot attempts, four blocked shots and a minus-one rating in 20:34 of ice time, 19:19 of which came at even strength and 1:15 while shorthanded.

The Kings are scheduled to practice at 11:00 a.m. at Toyota Sports Center on Friday, January 11.