As mentioned yesterday, forward Sheldon Rempal and defenseman Sean Walker were selected to represent the Ontario Reign at the 2019 AHL All-Star Classic in Springfield, MA. I caught up with both players after their respective practices today (Rempal with Ontario, Walker with the Kings) to talk about their reactions to being an AHL All-Star for the first time.

Rempal: It was good, I had no idea. We had a team meeting yesterday morning and did some video and the coach kind of just brought it up before we started and said congrats to me and Walks. Obviously very honored to be selected for that and it should be a lot of fun.
Walker: I actually think I found out through Instagram. I didn’t know anything and then I just saw that I was tagged by the Reign. It was pretty cool, obviously I’m extremely honored and it has a lot to do with the guys that you play with, it wasn’t just all me. Definitely a nod to the guys I’ve played with and I’m extremely excited to be selected to be an All-Star.

On being nominated amongst other worthy candidates on the Reign

Rempal: I think we’ve got a good, young core group here that’s come in over the past season here. Like I said, I’m extremely honored to be selected and hopefully can just try to keep it going from here on in.
Walker: Our d-core, there’s a lot of guys that deserved to get nods as well. They’ve been doing a great job as well and the forwards have stepped up a lot too and there are guys that have put up a ton of points, or are great every night. To be selected is pretty cool and pretty special.

Rempal: He’s awesome. I didn’t expect the player that he is the first time I skated with him but I’ve been really impressed with him. He deserves to be up in the NHL right now. He’s really good. He skates really well, he gets up in the play, he makes smart passes and gets the puck to the net when he needs to. He’s an all-around good player and hopefully he can keep going as well.
Walker: He’s a highly skilled guy, he’s an elite player and he can go out there and make plays no matter what. He goes out there every night and he’s someone that’s you’re expecting him to put up points every night and that’s something that makes him an All-Star.

Rempal: You get named to All-Star teams but there’s not really ever an All-Star Game or anything like that. I haven’t really participated in any event like that, but I’ve been recognized in the past for All-Star teams and stuff. Looking forward to it, it’s going to be a lot of fun and I don’t really know what to expect so I’m looking forward to it.
Walker: No this would be my first [All-Star Game]. In college they do All-Star teams, but they just name the teams and that’s it. I was second team twice in my conference, the WCHA Second Team.

Rempal: I’m not too sure, I think it’s going to be a little nerve-wracking. I’ve heard guys say in the past where it’s kind of hard to perform under the pressure like that when the spotlight’s on you. Maybe the shootout or the stickhandling and agility one, I don’t really know what they have set up, but maybe those two.
Walker: Probably fastest skater, because I don’t think I’d do too well in any other event. 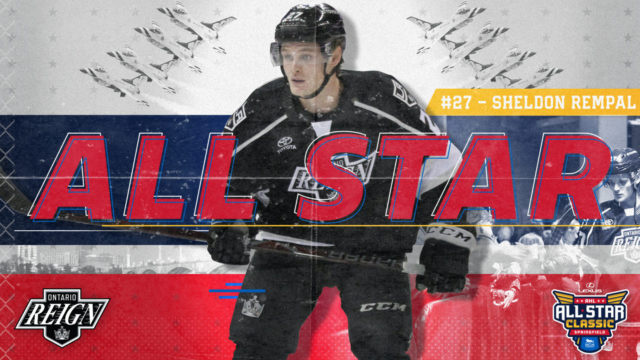 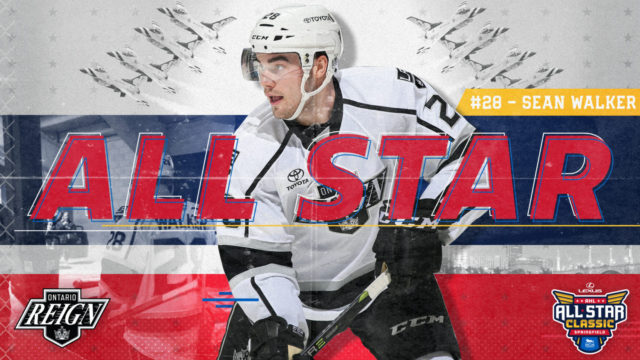