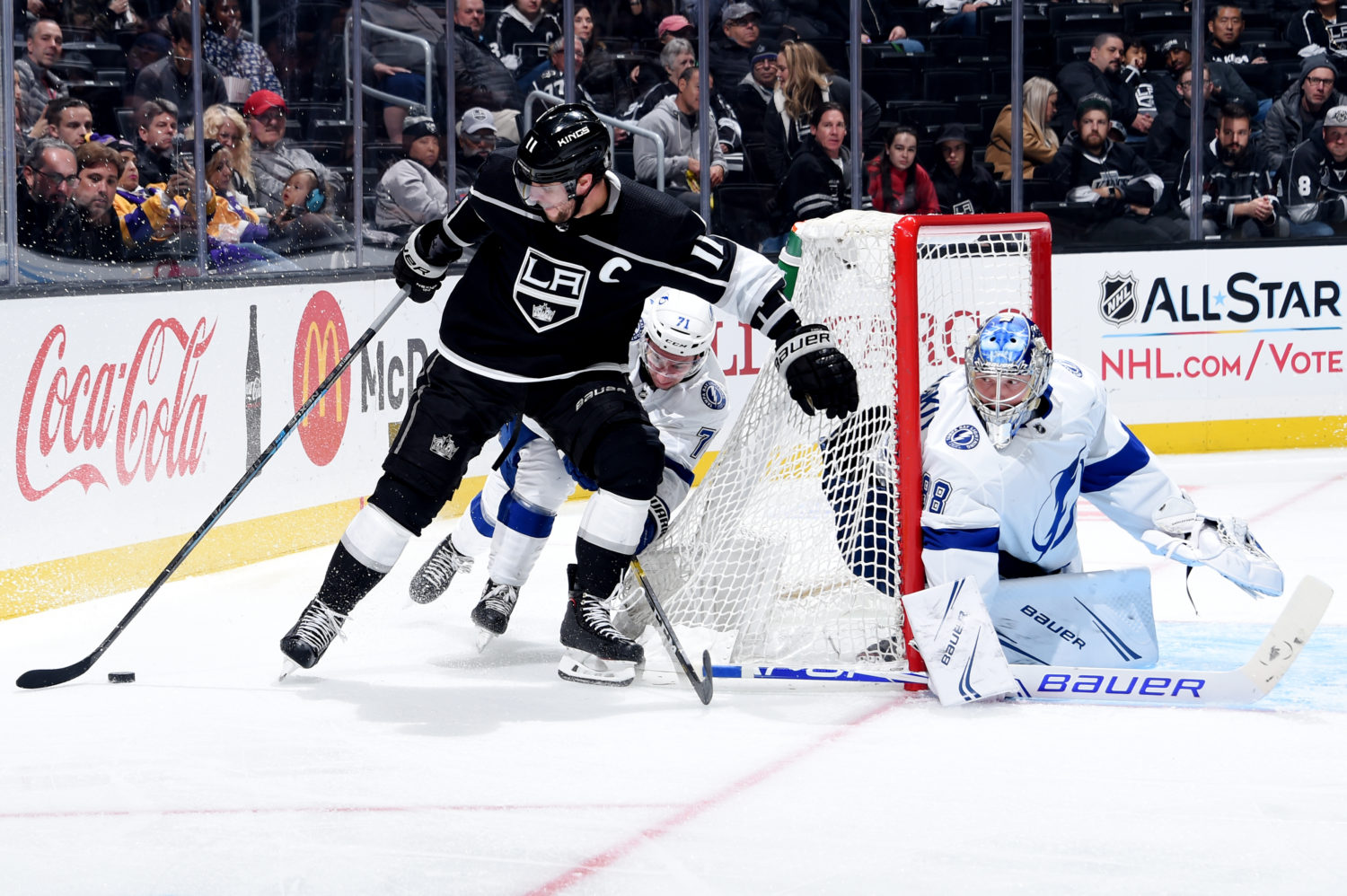 Willie Desjardins, on whether he was “cringing” with Tampa Bay’s early power plays:
They were tough ones. The high-stick was a four. That was a tough way to start. Brownie’s guy had a chance at an open net, so he kind of had to take that one. That certainly got them going. Our first five or six minutes was not bad, but that certainly got them going.

Desjardins, on whether he was “unhappy” with the turnovers:
You’re always unhappy with turnovers. Especially against that team, they’re really explosive. We talked about that before the start of the game. We’ve got to make smart plays at the blue line. That third goal, their guy made a good read on it.

Desjardins, on whether it’s rare to see a team so heavy on skill and talent in the salary cap era:
Yeah, they’ve done a good job there. They have a lot of speed, their defense are big, but they’re mobile, and they come at you with every line. They’re a good team, their record shows that. They’ve been on a hot streak for the last 13, 14 games. Tonight, we weren’t good enough tonight. They were just too good. That’s certainly one of the better teams we’ve faced this year.

Desjardins, on the team’s “compete level”:
It was tough on the power play when they got going. I didn’t think the guys quit at all. I didn’t think there was any quit, but I didn’t think we executed. I think we got off our game, and we couldn’t find it to get back. But it wasn’t that we quit, we just didn’t have our game right.

Desjardins, on whether players feel more pressure when playing a team like Tampa Bay:
No, I think guys, they’re scared – when you play a team like that, you know you have to play well or they can make you look bad in your own rink. Our guys were ready because they knew that could happen. I think maybe the younger guys might do that a little bit, I don’t think the older guys do, though.

Anze Kopitar, on the challenge of facing the top power play team:
Obviously, you know coming in that the power play is very dangerous and it’s a game plan to stay out of the box, but we took the penalties and tried to kill it off, but they’re good and they capitalized on them.

Kopitar, on whether Tampa Bay looked every bit the top team in the league:
Yeah, they played, obviously they played really well. Their power play, I don’t know what the percentage must have been, but it certainly must’ve been high, so that really got them going.

Kopitar, on what makes Tampa Bay so dangerous:
I think just you know the depth throughout the lineup really. It seems like it doesn’t matter who’s on the ice, they’re always dangerous and they’re a little bit more offensive minded obviously, but they back it up. Six, put up five the other day in Anaheim, so you want to contain them as much as you can and we didn’t do a good job tonight and that’s the bottom line.

Wagner, on Thompson coming to his defense in a scrum:
You know that’s a big thing I think when guys are willing to stick up for each other it shows that they have the passion, so I think he showed a had a lot of heart there and Tommer doesn’t back down from a lot of stuff so it was fortunate that he came in, but at the same time that’s the way the game goes. You’re losing the game and things aren’t going your way and sometimes emotions will boil over there and that’s what happened there I guess.

Wagner, on if he considers tonight’s game a learning experience:
We’re going to watch video and we’re going to learn from our mistakes, so that’s all we can do now. There’s no point in dwelling anymore, it’s just learning from what we did wrong and you know, we’re going to do that.

Wagner, on Tampa Bay being the best team in the league:
They have a good power play and we had penalties that they scored on the power play tonight and that’s obviously frustrating. They’re a good team over there, but we’re also a good team here, we just need to come together.

–With the loss, Los Angeles fell to 13-21-4 all-time against Tampa Bay, a record that includes a home mark of 5-13-2. The Kings have lost five straight in the series, all in regulation, since a 3-1 home win on December 6, 2015. These teams will conclude their season series on February 25 at Amalie Arena.

–Via NHL PR: Tampa Bay became the first team in the expansion era and the eighth team in NHL history to lead the overall standings by at least 12 points at the midway point of their season. Nikita Kucherov (1-3=4), selected 58th overall in 2011, became the first player from his draft class to reach 400 points. He has four points in three of his last five games. Only three others have achieved that feat since 1996-97: Mario Lemieux in 1996-97 and 2001-02, Jaromir Jagr in 1998-99 and Nils Ekman in 2005-06. With his seventh consecutive multi-point effort, he became the second player in Lightning history to accomplish the feat, joining Vincent Lecavalier who recorded at least two points over eight straight games from November 3-19, 2007.

–Dustin Brown appeared in his 1,077th NHL game, tying Luc Robitaille for the second most games in franchise history. They trail Dave Taylor, who appeared in 1,111 career games for the Kings. Anze Kopitar ranks fourth with 963 games played as a King.

–Drew Doughty scored his fourth goal of the season. All four goals have come on the power play.

The Kings are scheduled to practice at 11:00 a.m. on Friday, January 4 at Toyota Sports Center.