In their last game of 2018, the Ontario Reign fell 3-1 to the Bakersfield Condors, who now have a game in hand on the season series after a 4-2 win in the first game of the season against the Reign and a 3-2 loss to the club on November 29th.

Through the first twenty minutes of play, the game remained scoreless, despite several looks from Ontario’s forwards. The first quality chance came from Mikey Eyssimont after Zack Mitchell, battling down low, fed the puck to Eyssimont near the right post. Eyssimont moved the puck along the front of the crease, attempting to sneak the puck through five-hole, but Condors’ goalie, Dylan Wells, stayed low to deny Eyssimont’s backhand move.

The Reign got their first look on the power play in the first period after Luke Esposito vaulted over Cal Petersen from behind, landing on top of the goaltender and pushing him completely out of the crease. The Reign’s man-advantage was cut short however, after Matt Moulson was sent to the box for slashing. A brief four-on-four scrimmage ensued in which neither team was able to gain clear momentum.

In their second power play of the period, after a bad change for Bakersfield resulting in too many men on the ice, Sheldon Rempal had a series of chances that kept Wells on his toes. Rempal, looking for a potential opening on the wraparound, saw Wells seal the post and continued holding the puck before turning at the bottom of the left circle for a quick shot. Despite getting another look in the same shift, Rempal was denied by Wells to keep the game scoreless.

The Condors opened scoring in the second period, after William Lagesson’s shot deflected off of Patrick Russell and over Petersen’s blocker. Later, in rush towards the front of the net, Condors’ winger Patrick Hebig crashed into the crease, lifting his stick and taking out Petersen. With Hebig in the box for goaltender interference, the Reign were able to convert on the man-advantage after Brad Morrison’s attempt at a no-look pass across the crease got tied up in Wells’ pads and slid across the goal line.

Just 24 seconds afterwards, with the crowd still buzzing from Morrison’s tally, Tyler Benson notched one for the Condors. After Petersen made the initial save on a shot from the slot, he couldn’t quite corral the rebound before Benson got his stick on the puck, flinging it towards the back of the netting and giving Bakersfield a 2-1 lead.

Bakersfield’s early third period goal, credited to Ryan Stanton and coming off a slapshot at the blueline, ended up being the last of the game. As the clock ticked down, Petersen left crease for the bench, but even with the extra attacker, the Reign were unable to get the puck deep or spend sustained time in the offensive zone. Wells, the Condors’ stalwart goaltender, was protected by any of Ontario’s attempts with the Condors clearing several zone-entries back towards the Reign’s empty net. Tonight’s 3-1 defeat is the third straight for the club, who will be looking to end the streak with a victory in the new year.

The Reign are next scheduled to play on Saturday, January 5th at 6:00 PM against the San Jose Barracuda at Citizens Business Bank Arena.

Mike Stothers, on what he liked from Petersen’s performance:
I just liked the way he plays the position. Everything’s calm, cool. There’s not too much extra movement out of him so it’s kind of a calming influence for the guys in front of him and, you know what? It’s unfortunate we didn’t get the win for him.

Stothers, on allowing a goal just 24 seconds after scoring:
It’s just part of the game. I mean, I don’t know if you read too much into it. I mean, it’s a game of mistakes, so we scored because they made a mistake, it goes in your net so there’s plenty of time to battle back so you just mark on. [Reporter: Is there anything you say in particular?] March on.

Stothers, on what the team needs to do to generate more offensively:
Well, I mean we didn’t have any shots in the first 13 or 14 minutes in the first period, so I think you’ve got to put some pucks on the net. I think we were guilty of passing off some opportunities where we could’ve put some pucks on the net. It’s just one of those things. We have to fight and claw for our offense and you know what, then there’s other nights where it ends up 7-6, so go figure.

Stothers, on whether there is a particular point where desperation sets in and the team starts to take more risks offensively:
Well as the game winds down and gets deeper into it, yeah, you try to. But sometimes you have a lead, sometimes you play from behind. If you didn’t think you could battle back from being from behind you’d pack it in after it was 1-0. We’ve proved that we can come back, we’ve done it all year, so we’ll do that in 2019. We’ll be the team that claws its way back.

Brad Morrison, on the impact of having Petersen back in the lineup:
He’s an outstanding goalie and he’s a guy that’s obviously going to have a long career in the NHL and its kind of nice to have that safety valve back there. I think with Campbell and Budaj also, we’ve got really good goalies here, so that’s definitely not the issue. But like I said, going forward, as long as we keep working well as a team and listening to Stotts and doing things well in our own end and being responsible, we’ll have a good second half. 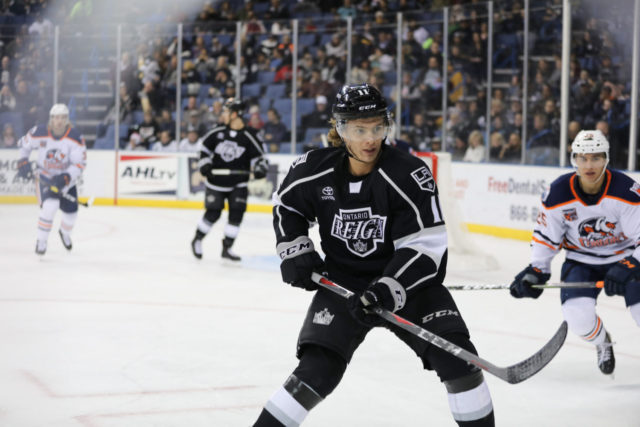 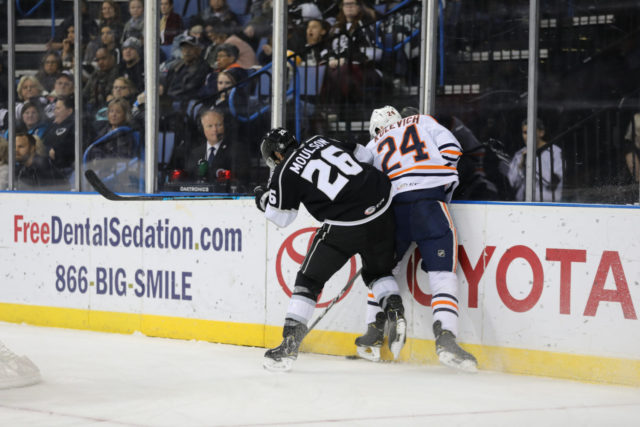 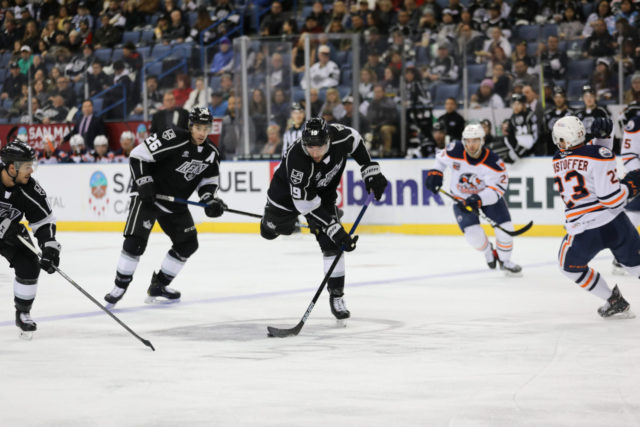