Waking up with the Kings: December 28 - LA Kings Insider

The LA Kings headed into the Christmas break having won three straight games against 2018 Western Conference semifinalists, and though they exited it against a low-scoring and banged up team in a nearby standings spot, established their game early and in a completely plausible story won a low-scoring game against Arizona at Staples Center. These two teams had a combined 10 players on injured reserve and were also without Jeff Carter and Brad Richardson, and the on-ice product at times resembled that of two banged-up, scuffled teams coming out of the break. But the Kings were solid and stingy at five-on-five, generated in-zone and rush chances and continued their solid offensive bent by out-chancing and out-playing a team that entered Staples Center having won all three of its prior divisional road games. Unlike several recent seasons, Los Angeles was solid going into and coming out of the break, winning in the first game before and after Christmas for the first time since December, 2010. 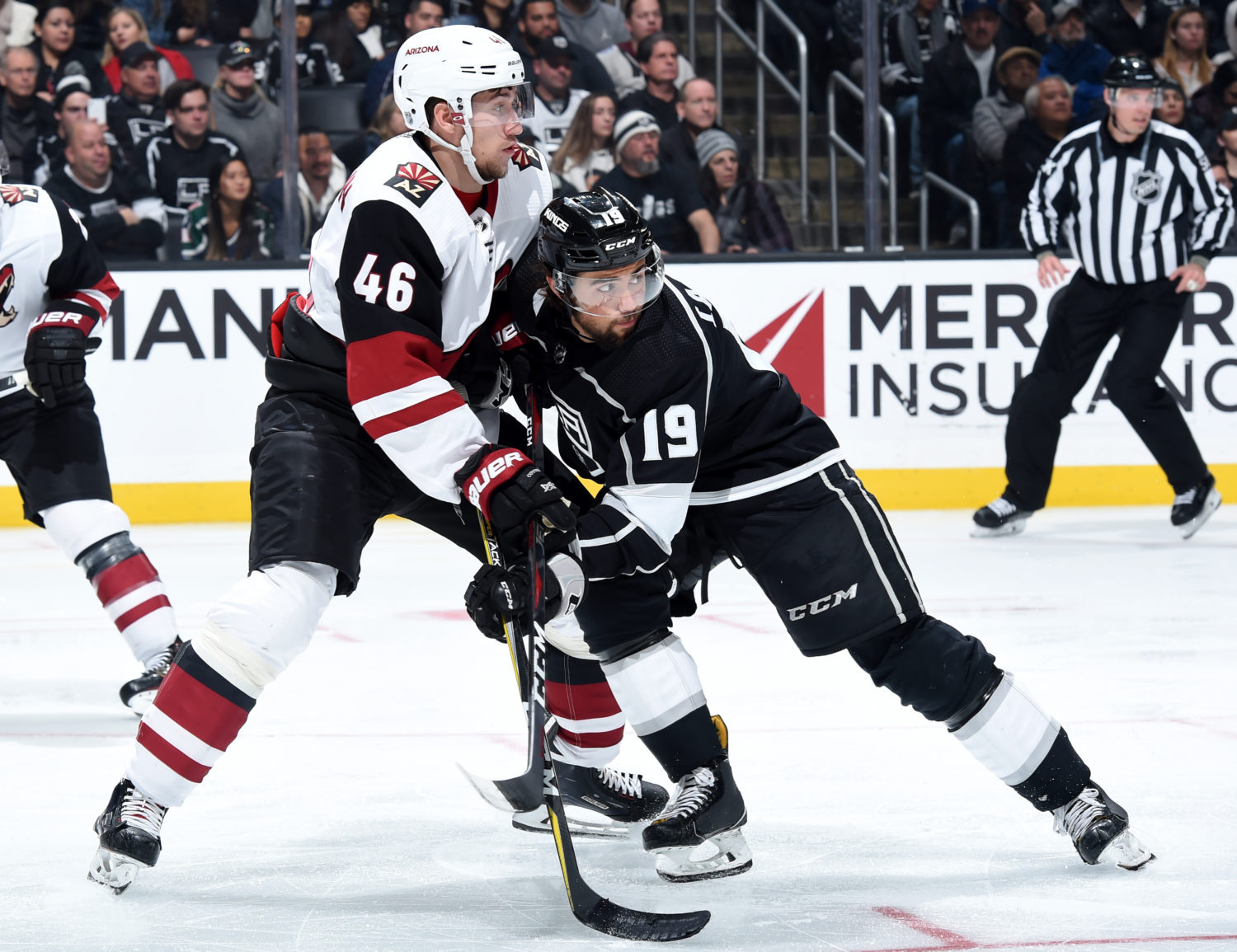 Los Angeles activated defensemen well on Thursday, with Oscar Fantenberg continuing his recent sturdy play by hopping into several first period rushes and generating a couple of B-type chances. Sean Walker also played his most assertive game since his NHL debut, generating three shots and six shot attempts in 17:37. All defensemen recorded a shot on goal, with Jake Muzzin (seven shot attempts), Drew Doughty (five) and Forbort (three) complementing Walker’s pucks towards the net. With potential departures looming as the Kings head towards the trade deadline with a legitimate scenario in which they’d exchange multiple parts for picks and prospects, Walker, Fantenberg and Paul LaDue will be among those whose play in the second half of the season will draw significant scrutiny as the seeds of future roster construction are planted. 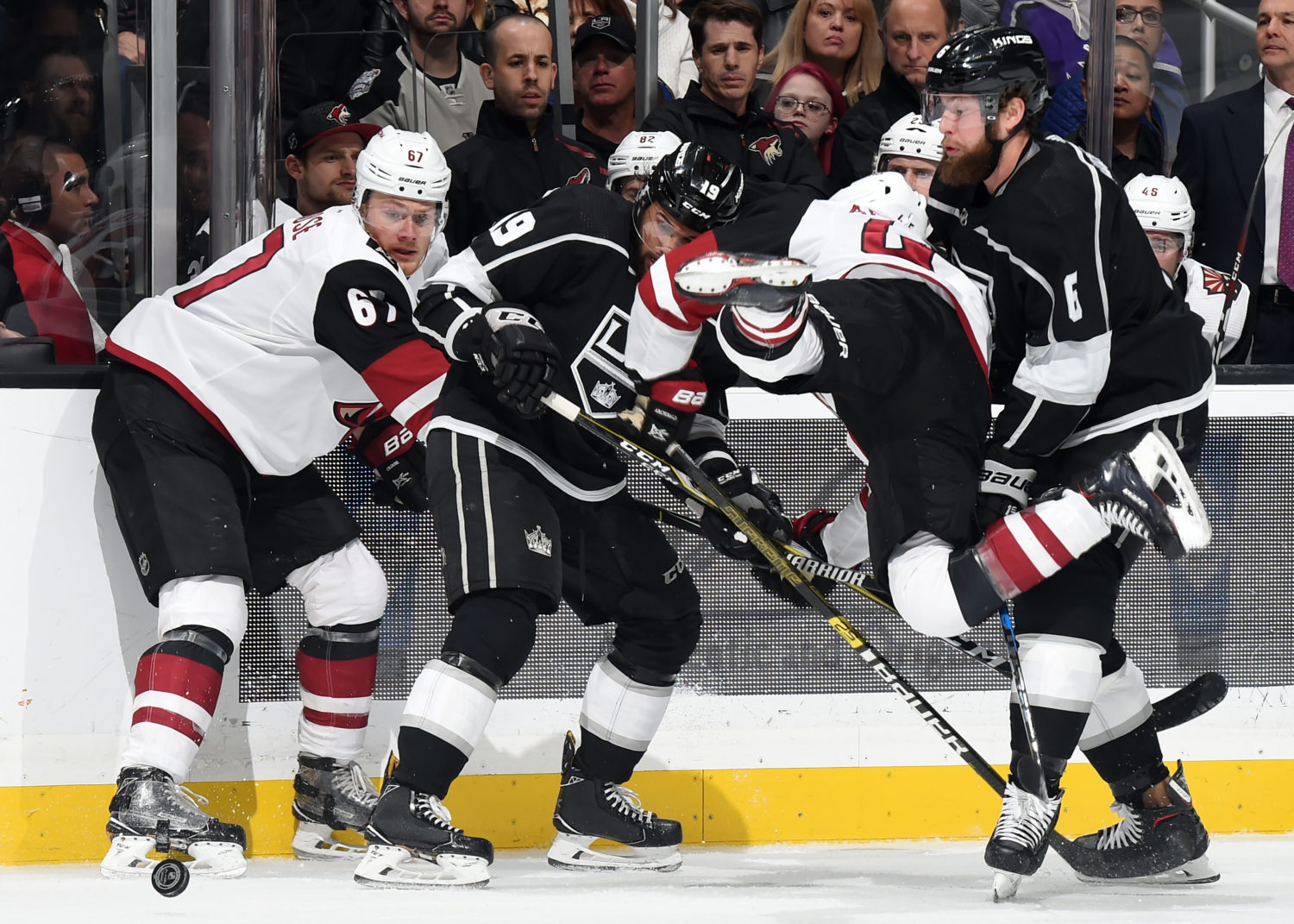 Setting aside for a moment the notion that the Kings should not have come out of the Austin Wagner-Lawson Crouse-Nick Cousins web of antagonism shorthanded, it’s still good to see the younger players respond emotionally and demonstratively when teammates aren’t treated honestly. It happened over the weekend when Matt Luff engaged Erik Karlsson after the hit on Wagner, and both that episode and Thursday’s represented a step up from other higher profile muted engagement decisions. There’s good jam in Wagner’s game; he’ll fight, he’s competitive and forechecks physically, which paired with his speed should make him an effective third line forward for a number of years in the league. If there’s some positive to gain from this season – not the SportsClubStats.com algorithm, which has their playoff chances at 0.8% – it’s that the Kings have unearthed a pair of interesting forwards in Luff and Wagner that should play consistently in the future, with Luff, who seemingly generates one high-danger chance a night, solidifying his potential as a forward with top-six appeal. With their salary structure, those young, productive, role-playing forwards are of significant value. 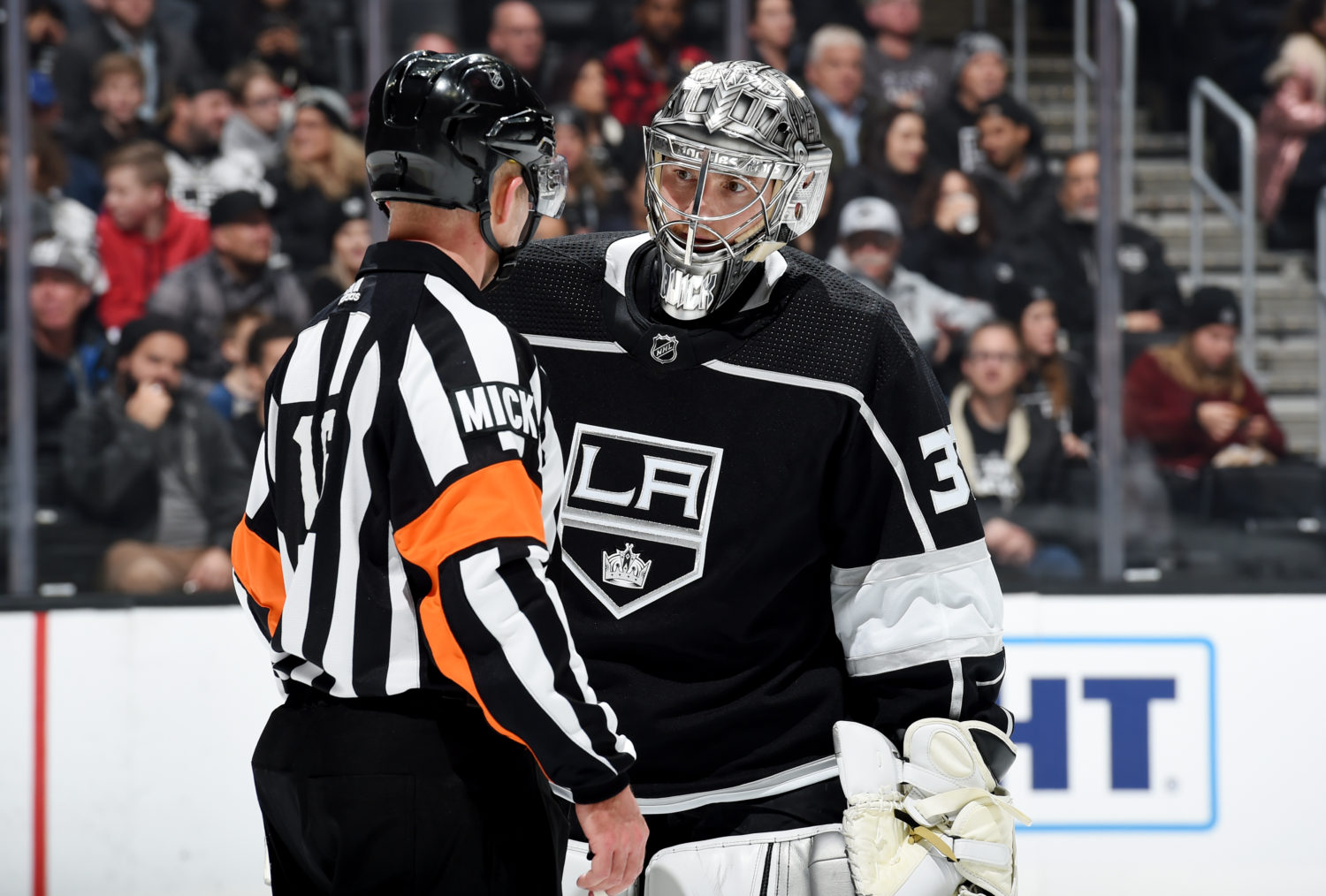