Placed on a line and a power play unit, Kovalchuk ready for Saturday return

To continue what was shared on Wednesday: Ilya Kovalchuk’s return to the lineup is imminent. The skilled veteran skated opposite Brendan Leipsic on a practice line centered by Nate Thompson before departing for San Jose on Friday afternoon and spoke encouragingly about returning to the lineup at SAP Center, saying, “yeah, I feel good. I hope I’ll play tomorrow. It’s all in the past.”

Kovalchuk, courted by the Sharks among several teams over the summer, has missed the last 10 games after a flare-up in his ankle between the Edmonton and Calgary games on November 29 and 30 led to a bursectomy procedure that was expected to sideline him for approximately four weeks. Instead, he’s poised to make his return less than three weeks after the procedure after practicing in a limited capacity on Monday and more strenuously on Wednesday and Friday.

“He’s hungry to get back in,” Willie Desjardins said. “I think he’s a player, he was good at the start of the year. Like, he was producing, and we need him to produce. We need some offense to our game. He’s a guy that’ll get back in, and I know he’s excited about playing.”

Of course, the discussion in the week prior to his bursectomy was over his limited even strength and power play usage; though he was in a muted 13-to-14 minute range on November 24 and 29 bookends, he logged just 6:20 and 9:05 in wins over Edmonton and Vancouver on November 25 and 27. He’ll factor into the man advantage when he returns Saturday afternoon, though San Jose, with the fourth fewest minor penalties in the league, is familiarly stingy doling out power plays.

“We’ll have to look at where we’re going to place him on the power play,” Desjardins said. “I think right now we put him in with the Kempe unit. Will that change after Christmas? We’ll wait and see. But he’s a guy that we’ve got to get him in a spot where he can contribute on the power play, though.”

The Kings are currently at 23 active skaters but would not have to make a corresponding move were they to activate Kovalchuk – which could happen as early as today – provided that the team remains under the salary cap. During the NHL’s roster freeze, teams may exceed the 23-skater maximum as long as they remain salary cap compliant, similar to post-trade deadline stipulations.

Ilya Kovalchuk, on whether it was difficult to be sidelined:
It was nice to watch them last game because they played great, and that’s always fun. But when the team’s losing, you feel like you can help but you can’t play. But all the trainers and doctors, they did a great job, so I’m very thankful for that, and my recovery worked quick, so it’s good.

Kovalchuk, on whether he was anxious to get back with his teammates:
It’s nice. I was skating a few times just in a track suit, and now it’s my third practice with the team, so it’s good. I feel good.

Kovalchuk, on whether he’ll need any adjustment period:
I don’t know, we’ll see tomorrow. In practice you’re feeling good, but in the games, obviously, it’s a little different pace and everything. So, we’ll see tomorrow, but I’m ready. 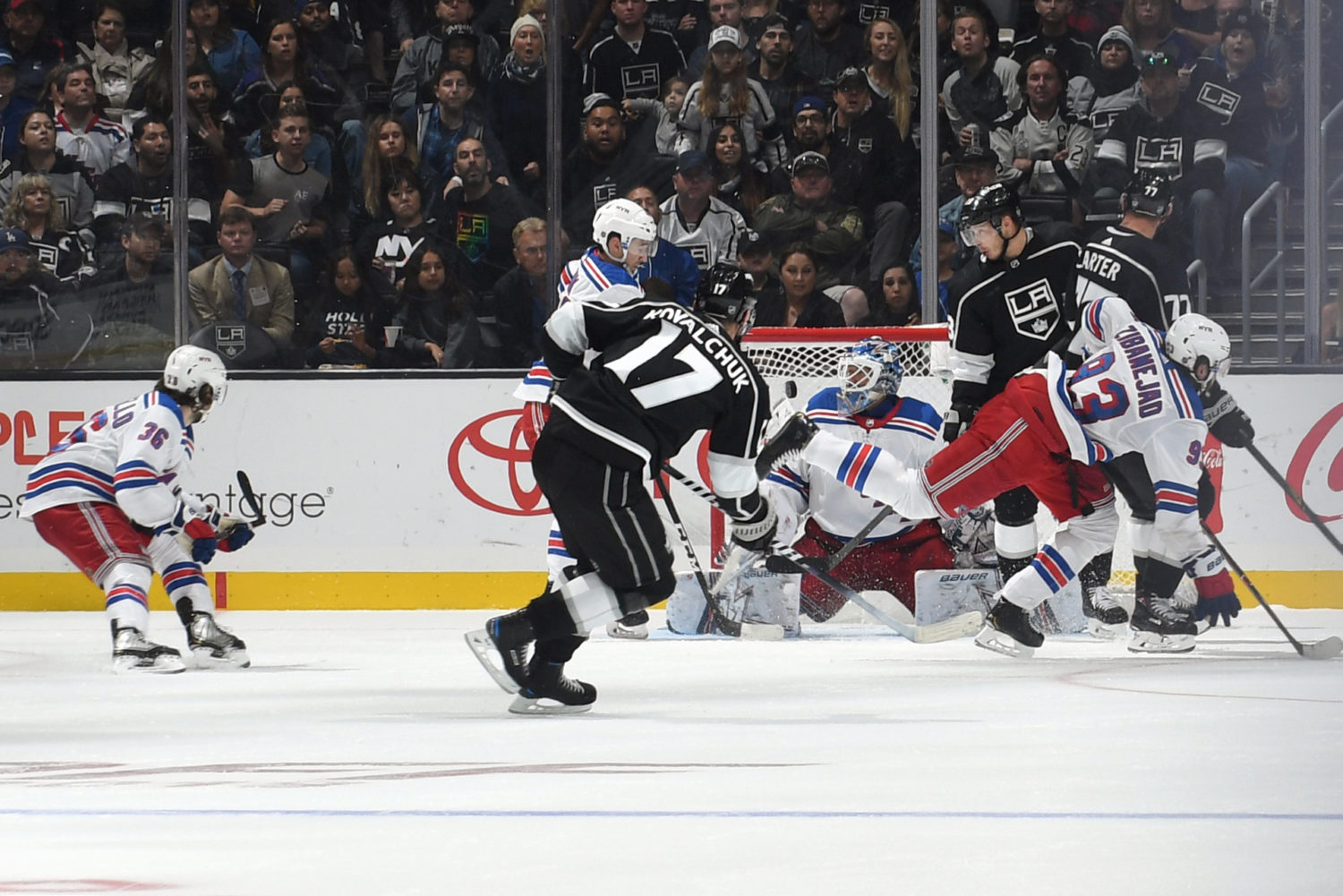