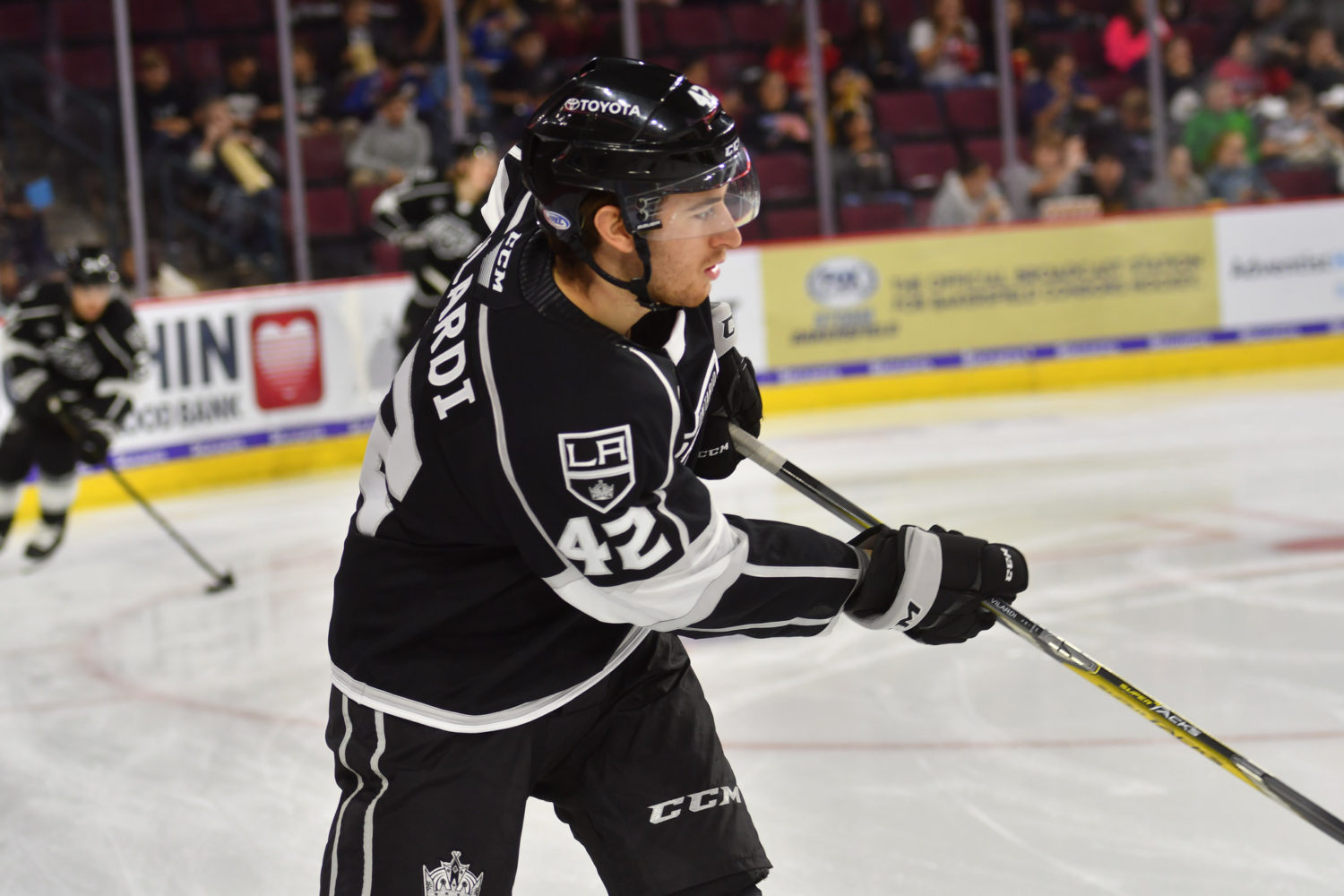 TSN’s Mark Masters has reported that Kings prospect Gabe Vilardi has been ruled out for the 2019 IIHF World Junior Championships, which begin later this month. Vilardi had been returning to action from an injury that caused him to miss the final of his five games on a conditioning stint with the AHL’s Ontario Reign earlier this month.

Gabriel Vilardi has been ruled out of World Juniors, Team Canada confirms

Vilardi was previously reported to have been a full participant in practice two days ago on December 16, though he received treatment and missed Monday’s skate. Vilardi’s absense leaves forward Jaret Anderson-Dolan – who was doubtful as recently as a month ago after undergoing surgery on his wrist and is expected to make the team if healthy – and defenseman Markus Phillips as Los Angeles’ two prospects to represent Team Canada at this year’s event, which will be held in Vancouver and Victoria, B.C. between December 26 and January 5.

CLICK HERE for my article on LAKings.com regarding all Kings prospects that could participate in this season’s tournament (note that article was written prior to this report, thus Vilardi information is not yet updated).