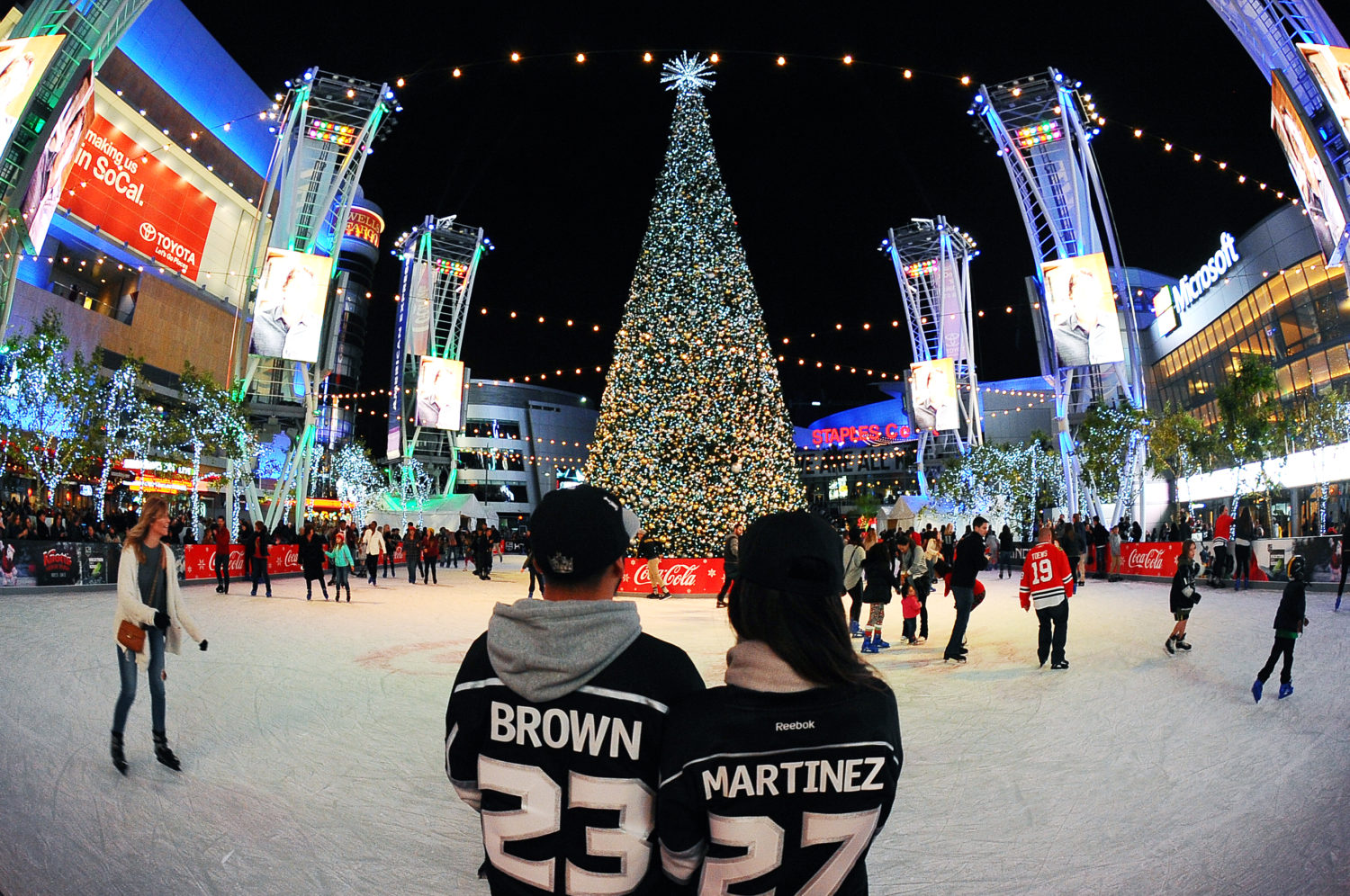 Insiders. Later this afternoon we’ll share avenues through which you’ll be able to help those affected by the Thousand Oaks mass shooting. I’ll include those in today’s morning skate report, so stay tuned on that front. Additional community notes:

The dates of the food drive, ICYMI:

Presented by Blue Shield of California, the LA Kings have teamed up with KROQ to host the food drives to benefit Friends & Helpers, which helps provide support and education for domestic abuse victims. All items are delivered immediately following collection. In exchange for each donation, you receive a raffle ticket for a chance to win a player-signed puck and a pair of tickets to KROQ’s Almost Acoustic Christmas.

Collection sites will be located at all major entrances and will be in operation from two hours prior to game time through the opening puck drop.

Friends & Helpers and the Kings Care Foundation thank you for your support and generosity!

The Kings are hosting several Salute to Service events on Friday and Saturday, culminating in a promotion on Saturday against Calgary in which fans may make donations through the Seats for Soldiers tab within this link that will allow the Kings Care Foundation to provide tickets to active members of the military.

For example, for a $100 donation, you’ll receive two 300-level tickets and a Kings camouflage hat, with your donation going towards providing tickets to soldiers.

Fifteen active duty members of the Air Force will also be invited to watch Friday’s practice at Toyota Sports Center and will tour the training facility. LA Kings wives will also assemble baby gifts for expectant military couples participating at a military baby shower at Saturday’s game. 30 expectant couples stationed locally will be treated to the military baby shower in a decorated and catered suite.

20 LA Kings and Blue Shield of California staff members will participate in a solar panel installation for four low-income single family residences. In doing so, the team will support Grid Alternatives’ Troops to Solar initiative, an program to connect veterans to solar industry jobs by providing workforce training to U.S. military veterans and active service members across the country.

On Saturday, over 600 members of the military and their families will be invited to the Kings-Flames game through the Seats for Soldiers campaign. Holiday Ice at LA Live will open at 4:00 p.m. for exclusive free skating for members of the military and their families. Red, white and blue ribbons will be added next to team partner logos on the dasher boards, while one hero from each branch of the United States Armed Forces, as well as a Canadian Armed Forces member, will be honored as the Heroes of the Game, presented by Belfor Property Restoration.

Camouflage LA Kings warm-up jerseys will available for auction on the day of the game exclusively through the Kings game-night mobile auction. To view the auction, visit lakings.com/auction or text the keyword KINGS to 52182. Military-themed mystery pucks will also be available for sale from the Kings Care Foundation Booth for $25. A Kings Weekly feature on veterans participating in sled hockey will air after the game.

Each rink will feature a special event on opening day: