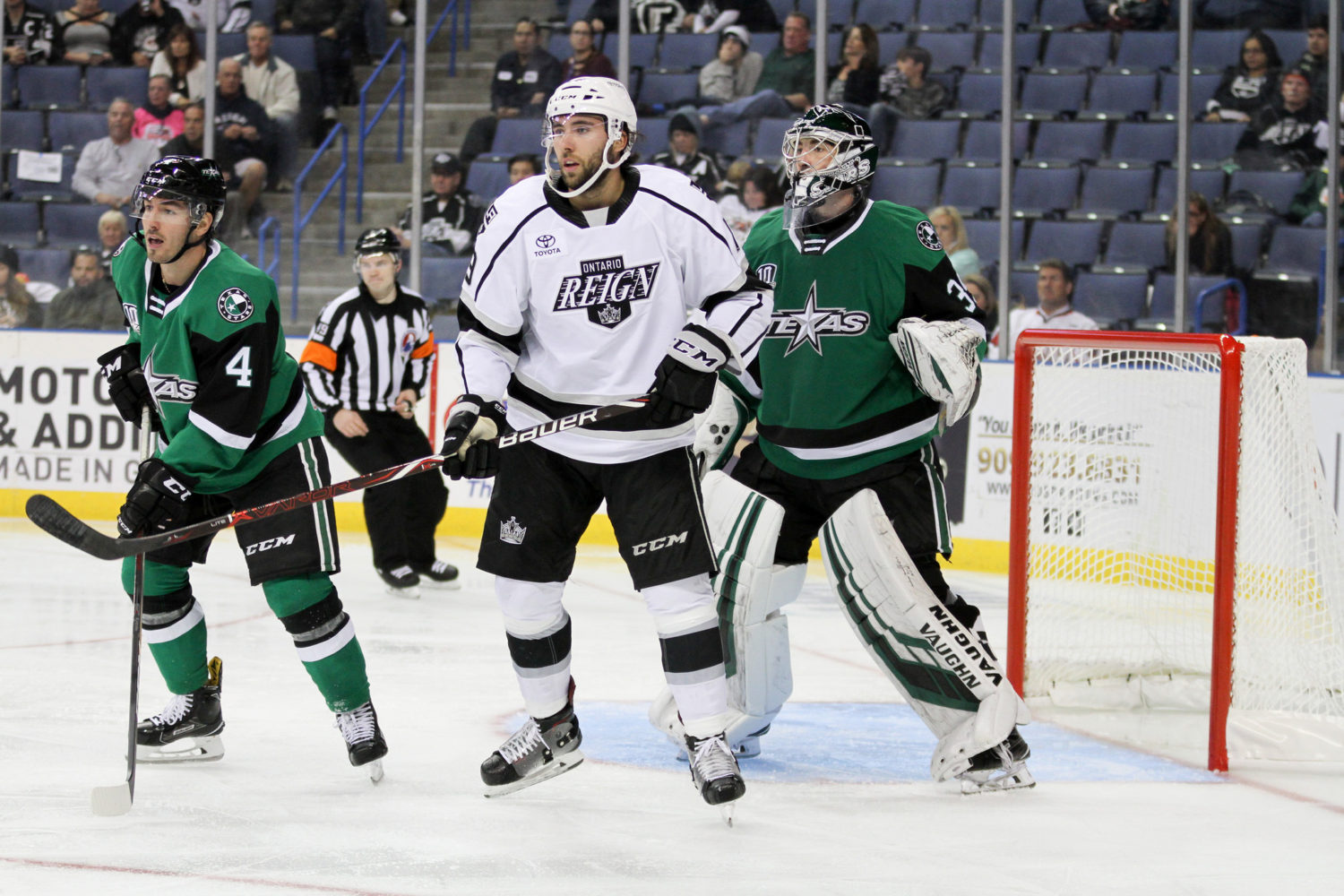 A season-low in goals allowed. A pair of three-point nights. A stout performance between the pipes.

All of the above and more contributed to the Ontario Reign’s first home victory of the season, a 5-3 decision over the Texas Stars on Thursday evening at Citizens Business Bank Arena. The victory provided a bit of payback for the Reign over the team that ended their season in April, while also snapping a six-game losing streak for Ontario in the process.

The two points were the end result, but what preceded it was perhaps the most complete effort of the season by the Reign. Ontario got three points apiece from Matt Luff (2-1-3) and Mike Amadio (0-3-3), who partnered with Matt Moulson (1-1-2) on a top unit that factored into four of the five goals scored. Forward Sheldon Rempal scored a pair of goals of his own, including the game-winning tally with 5:26 left in regulation.

After he conceded three goals in the opening period, Ontario Reign netminder Cal Petersen was not beaten again, as he stopped each of the 22 shots he faced in the final 40 minutes of play, including a standout performance in the second period, when 18 of those attempts were sent his way. Overall, Petersen turned aside 34 of the 37 shots he saw as he earned his first victory of the season.

Not everything was flawless – The Reign still conceded three goals in the first period, including one in the first and last 90 seconds of the opening frame, and took a few more minor penalties than Head Coach Mike Stothers would like to see. But at the end of the day, the Reign came away with many more positives than they did negatives, as they improved to 2-4-2-1 on the season.

Mike Amadio on his performance tonight
It’s nice to come back to some familiar faces here. It was a lot of fun playing again with Moulson and Luffer, we had some nice chemistry last year and it was nice to get that clicking early on.

On getting back into action with the Reign
I thought we played a good game tonight, we were a little bit better in our d-zone, making passes and breaking the puck out. Cal stood on his head for us and anytime he does that he gives us a chance to win.

Mike Stothers on what he saw from the first home win of the season
I liked our compete, I thought we played hard. I thought we wanted to win some loose puck battles and come up with some loose pucks when they had it and when we had it, we hung onto it and made some plays with it. I’ll tell you what, there’s a big difference having a guy like Mike Amadio in the middle of the ice making plays. It gave us a little bit of added depth and I was happy for everybody. I was happy for Cal getting the win, especially after the first one went in, but hey, he made some huge saves for us and that’s the Cal Petersen we all know.

On Cal Petersen’s play and what it brings to the group as a whole
I mean, you need good goaltending to make up for mistakes that are going to happen in front of him and he was steady, he was reliable, he looked calm and poised in the net and he was there for us when we needed him. That gives our defensemen a little extra confidence with the puck, they know that they can try to make some plays. We’ve got a pretty young defensive corps and they need that and the forwards, they did a good job tonight of helping out in our end. I don’t think we spent too long, or any extended periods of time in our end defending, which has been a little bit of an issue, so all-in-all, I thought it was a pretty positive night. I guess the only thing that I could poke a hole in is the fact that we took too many minors. That’s just the way coaching is, just when you think things are going in the right direction, something else pops up.

On what Mike Amadio brings to the locker room and on the ice
It’s not like he’s a rah-rah guy but he’s a well-liked guy, he’s a prepared individual and he just brings like a calming presence to everybody. Everybody knows how talented he is, how gifted he is and whatnot, so he really doesn’t have to say much, he prefers to do his talking on the ice with his play, it’s pretty impressive. 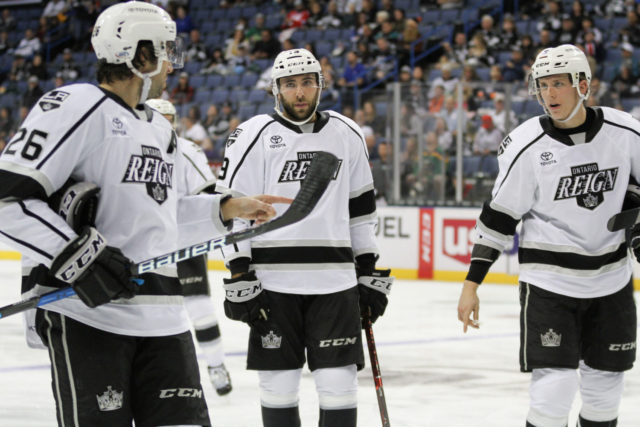 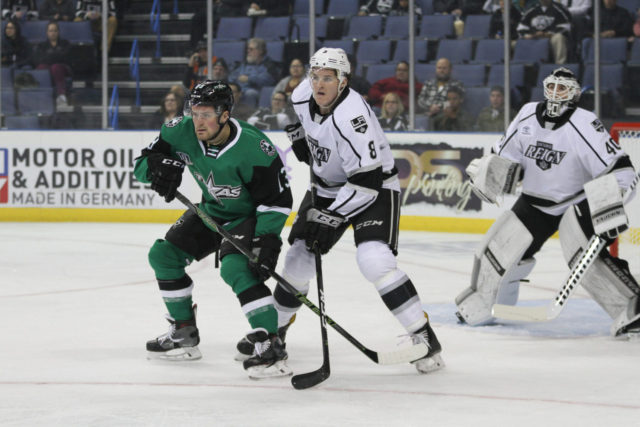 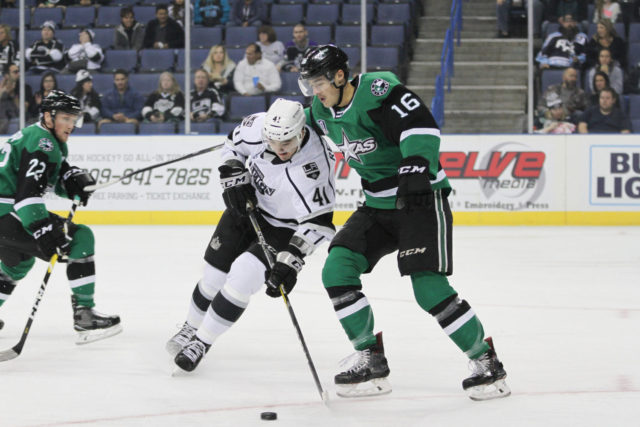