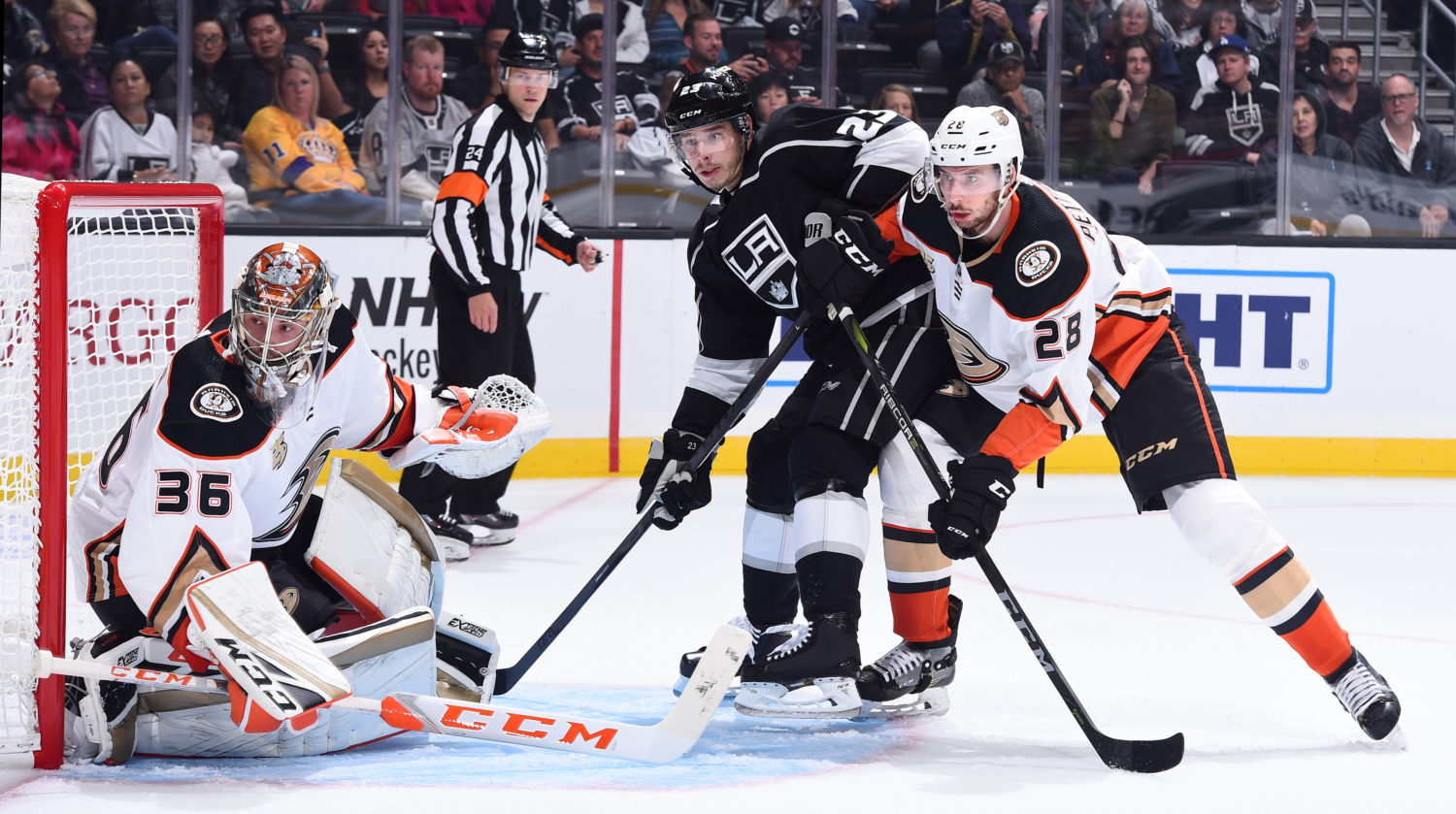 The Kings took the ice shortly before 10:00 a.m. this morning and aligned thusly: 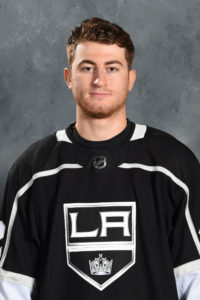 –Gabe Vilardi (back) is slowly being integrated into practice, as had been foretold earlier in the week. He’s still sporting a red no-contact jersey and limited – this was the first time he’d ever practiced with the full LA Kings senior team – and remains out indefinitely, but this represents a positive step. “It felt good to be out there practicing,” he said. “This is my first practice. Last year I didn’t get a chance to play with the guys in training camp or anything, so it’s definitely an eye-opener, a change of pace because I was skating by myself. But there’s nothing like skating with these guys, obviously. It was definitely fun.”

Prior to Saturday’s skate, his most frequent on-ice partners were members of the development staff in Craig Johnson and Jarret Stoll.

–Five major pro sports will be in action in the Southland on Sunday, and I’ve been told that there is a small handful of fans that are trying to make it to all five events.

That’s logistically doable, even if you have to basically go Downtown > South Bay > Downtown. (There’s also a Ducks-Sharks game at Honda Center at 5:00 p.m., though I’m not sure if an Anaheim team technically counts in this particular study.) It’s a good thing tomorrow is a Sunday, because otherwise you might need to borrow Kobe’s helicopter to make this work. In any event, you’re not spending much time at Kings-Rangers or Rams-Packers, and man, those are some expensive World Series tickets you’re probably only using for the first five innings or so. Good luck, and may your plight go viral.

Only once before has one city enjoyed a super sports equinox. That came for Phoenix, Arizona, when, on Nov. 4, 2001, the Cardinals, Suns, Coyotes and Diamondbacks all played on the same day.2 Although three of the four lost, the Diamondbacks won Game 7 of the World Series, so no one in Arizona was too bent out of shape. But that time, the Coyotes were visiting the Carolina Hurricanes, so not all of the games actually happened in Phoenix. This time around, though, the Dodgers, Kings, Clippers, Ducks, Rams and Galaxy would all be playing in the LA metro area on Sunday. As far as we can tell, that’s never happened before in the history of sports equinoxes.

–Dustin Brown (broken finger) will be activated prior to the Rangers game. That should become press release-official Sunday morning. Speaking again with reporters on Saturday, Brown spoke about the growing light at the end of the tunnel and the marks of his own game he’ll be looking to check off upon his return. “Tomorrow, it’s just getting physical early, getting my body engaged,” he said. “It’s important not only just to get used to it, but that’s my game. I have to get right after it in that department. The first couple days, it’s always a transition, but I’ve done it enough that I know how to do it and it’s a big part of what makes me successful, so from that, it’s just worrying about my game first and trying to provide some positive energy.”

Brown was asked to “put his coach’s hat on” and diagnose the Kings’ start, but dismissed any potential future in coaching. “That’s not going to happen,” he said slyly, though he did pick Nate Thompson and Trevor Lewis as those who might have a keen eye from behind the bench, should they ever choose to go into that stress-filled position. “It’s hard to watch,” Brown said. “I can’t imagine what it’s like to be a coach.”

But in elucidating what he had seen from the team – “watching from afar,” as he put it, Brown noted that the intent is there, though the execution has remained off.

“I think guys are trying to do the right thing,” he said. “Right now, we’re a little slow moving the puck and we’re getting disjointed as a group of five. I think the last two games have been a lot better and it’s been very evident in our forecheck. I don’t know how many times, but especially the Dallas game, a couple times in the Minnesota game we didn’t have to forecheck. We chipped the puck and got the puck. They didn’t even touch the puck, and that’s because we’re moving it quicker and guys are in position. I think up front, forwards need to work a little bit harder back for our D, get in position so they can move the puck quicker. I mean, the other part is the mental part. It’s pretty [——]. You’ve got to get your head wrapped around one period, one shift, and dig yourself out, and that I think ultimately comes down to individuals. If every individual is five percent better, collectively we’re a lot better.”

McQuaid not skating at Rangers practice in LA. Likely out tomorrow.. DeAngelo would go in.