Good afternoon, Insiders. The LA Kings took the Toyota Sports Center ice shortly before 10:00 a.m. and did not hold line rushes or any drill that gave a clear indication of tonight’s lineup. There were still several hints towards who was in and who was out. So, without further ado…

–Jonathan Quick (lower-body) assumed his position in the so-called starter’s crease and was the first goalie to leave the ice. Peter Budaj didn’t take the ice with the group, so we’re projecting Quick to be activated prior to tonight’s game and start against the New York Islanders (7:30 p.m. / FOX Sports West / FOX Sports app / LA Kings Audio Network), with Budaj rejoining Ontario in a corresponding move. “Jonny, just his presence alone means a lot to our hockey team. He does provide leadership, just by his presence,” John Stevens said. In eight career games against the Islanders, he’s 5-1-2 with a 1.59 goals-against average and a .935 save percentage.

–So, no line rushes. Still, there were some hints as to what we could see tonight. Kyle Clifford and Paul LaDue remained on the ice for some extra work with Dustin Brown (LTIR / broken finger) and Jack Campbell, so they’re projected to be out of the lineup. That third projected scratch is a tough more difficult to nail down. I’m expecting Austin Wagner to play, so don’t be surprised if Tanner Pearson, who skated alongside Clifford Wednesday as an extra, is the odd-man out on the left side. Should Pearson be out of the lineup – again, there’s no confirmation on this – his 168-game consecutive games played streak, the longest on the team behind Drew Doughty’s club record 334 consecutive games played, would come to an end. After the skate, Gabe Vilardi (back) got in work with Jarret Stoll. He’s still a little over a week away from the type of evaluation in which it would be gauged whether he’d be able to begin to be integrated into particular stages in practice.

–We’re projecting Sheldon Rempal to get into his first career game tonight. Judging from what we’ve heard over the last few days, it sounded as if there was an acclimation period during Rempal’s first training camp. This isn’t anything unnatural for a young skater playing his first preseason games.

“I think as a young guy coming into training camp, it was a big step for him,” Stevens said. “I think he was trying to take it all in and I think he struggled with that a little bit at times, but to his credit, from training camp on, he’s gone down and I think he used that as a reference point.”

Eventually, Stevens began to see the “dynamic” element to his game and the confidence that he exuded in college. The first part of training camp there were some growing pains as he got used to the size and speed of the players and the lack of space to make plays.

“He’s the kind of player that once he had a reference point to that, I think he just started to relax a little bit and play and started to rely on his talents and his ability to be able to do the things that we expect him to do,” Stevens said of the player who totaled four goals and eight points in his first four AHL games. “I think he’s made big strides since then.”

–Against a team that played the night before, Stevens articulated what he wanted to see from his team right off the hop. “Well, I think it’s important at home to get the puck moving up to the forward right away and establish your forecheck right away,” he said. “You want to play with pace, you want to see your team manage the puck really well and you want to see your team skating right away, and on top of that, we keep talk about pucks to the net. [If] we’re going to establish time in the offensive zone, we need to start generating more shots to the net, especially early in the hockey game. And discipline – moving our feet so we’re staying out of the penalty box and allow to play four games and roll six D so we can have lots of pace to our game.”

–The Islanders are expected to roll with Robin Lehner one night after they outshot the Ducks 35-25 and seemed to have a good team game going but fell in the first game of their three-in-four California swing, 4-1. Related:

Trotz did add "we didn't get a save when we needed one. That's going to happen." Plan was to have Lehner start tomorrow in LA all along.

ICYMI, the Isles ranked 28th in the league last season with a .900 team save percentage. That should improve significantly, given their hires of defending champion head coach Barry Trotz, who brought his longtime goalie coach, Mitch Korn, over from Washington to serve as New York’s Director of Goaltending. Through five games, the Isles rank 10th in the league with a .911 save percentage.

Lehner, whose mental health challenges and alcoholism were bravely articulated in a first person story he wrote for The Athletic, will make his third start for New York this season. He’s 1-1-0 with a 2.02 goals-against average and a .937 save percentage thus far this season and in six career games against Los Angeles is 1-5-0 with a 3.08 goals-against average and a .908 save percentage. Per Arthur Staple, who covered the Islanders’ optional skate, he’ll play behind a lineup that will welcome Matt Martin and Adam Pelech back into the fold as Luc Sbisa and Ross Johnston will be projected as scratches. Center Casey Cizikas played last night after missing the previous game in Nashville, so New York appears to be at full strength. 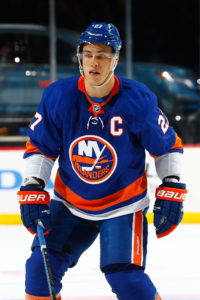 Though much of the Islanders’ makeup has changed, given John Tavares’ departure for Toronto and Trotz’s arrival, there’s still a good mix of size and skill with the ability to get to the front of the net. Reigning Calder Trophy winner Matthew Barzal will draw the most notice, but this is a group that will still benefit from the presence of 6-foot-3, 221-pound power forward Anders Lee, who scored 40 goals last season and left an impression on Alec Martinez, with whom he won a bronze medal at last spring’s World Championship.

Establishing position on Lee early will be key, according to Martinez.

“I kind of noticed a lot of things, just watching him there on a more consistent basis, but obviously you’ve got to be aware of his stick at all times, being under sticks, whether that be for rebounds, shots coming in,” Martinez said. “He’s got a really good low center of gravity, and he’s a big guy, so he’s hard to move. You’ve just got to be aware of him and stay on the right side of things and take away his stick every opportunity you can get.”

The Isles tied for seventh in the league with 261 goals last season. Even in the absence of Tavares, there’s still a deep offensive group at Trotz’s disposal.

“They play extremely hard, they play extremely structured and they’ve been very good defensively. If you watched the game last night, they play with a lot of pace,” Stevens said. “They use four lines and six D, and I think their defense is very active up the ice. Power play looks like it moves the puck around really well and dangerous, so I just think he makes a difference in all areas. Very structured coach that demands that the team plays hard, and you can see that in his team.”

–You’re welcome, Kings fans: This game will be Zlatan’d. 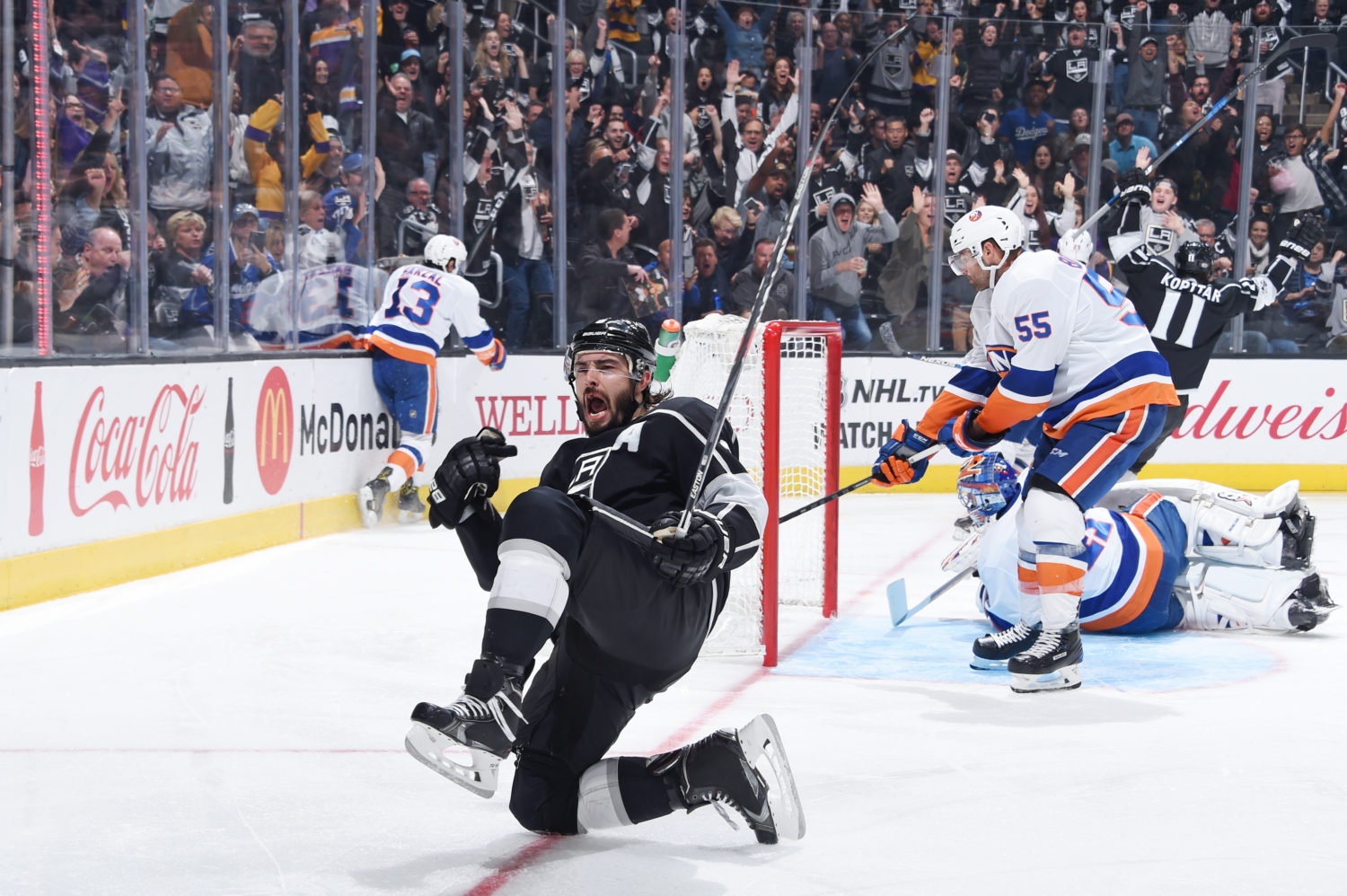