Stevens would like to see Pearson shoot more; heaviness, speed and center depth 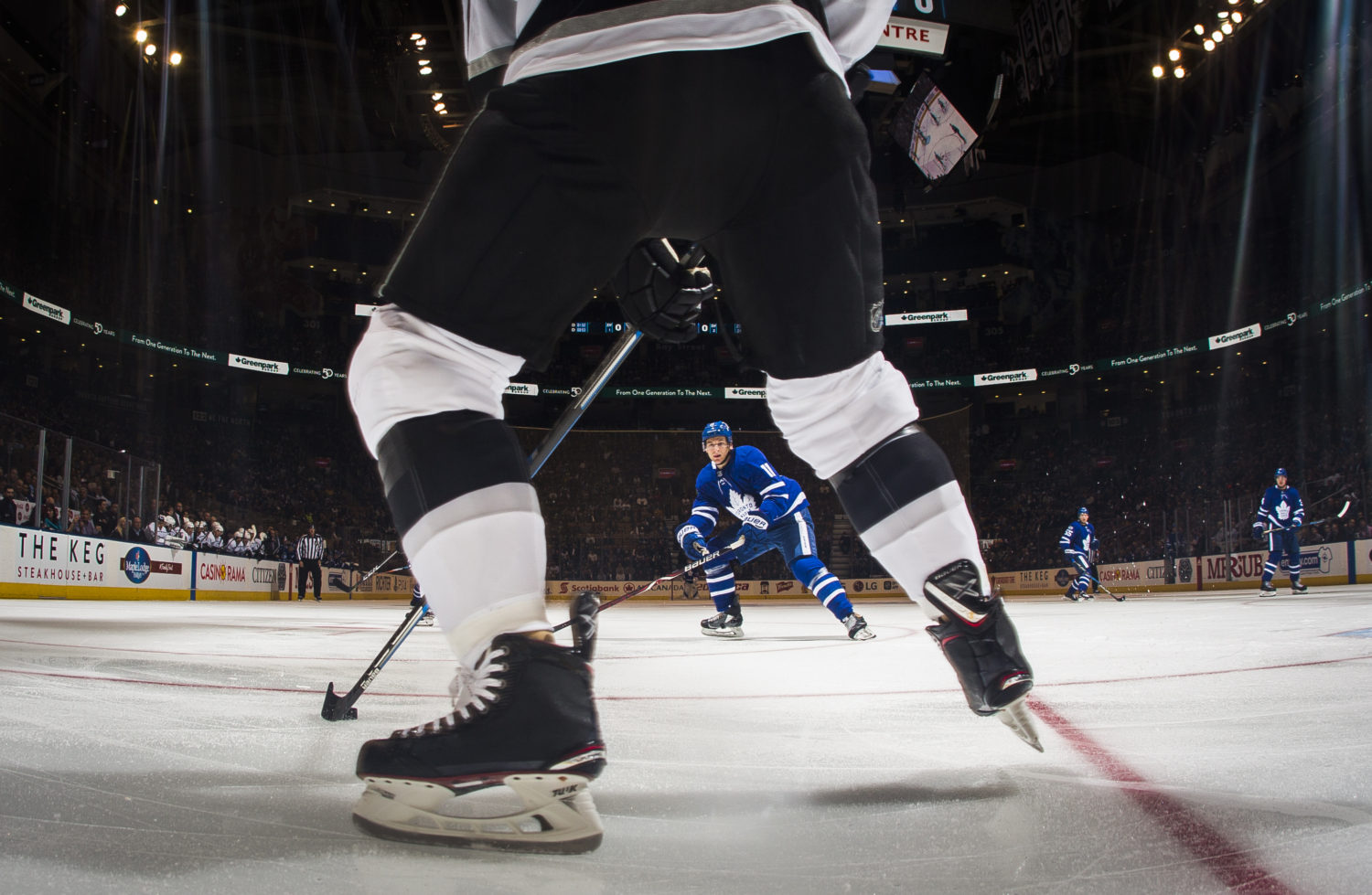 There are three players on the LA Kings who haven’t been on the ice for a goal against in any situation this season: Drew Doughty, Adrian Kempe and Tanner Pearson.

“I think that’s something I take pride in – being good in your own zone,” Pearson said. “When you’re good in your own zone, that can translate to the offensive zone. The less time you spend in your zone is obviously beneficial. The object is to keep pucks out of your net and score more than the other team.”

On the flip side, both Kempe and Pearson have only been on the ice for one goal for: Kempe for his goal in Montreal, and Pearson for the Tyler Toffoli goal he assisted on against San Jose. And while the defensive acumen is appreciated, Pearson is among those internal options that the team needs to be able to produce so this offense can reach its potential. Though he was better than his nine-goal drop-off last season indicated – the underlying numbers demonstrated that he was on the ice for lots of goals for last season; he just wasn’t the one scoring them – he’s a former 24-goal guy with an accurate shot who plays a north-south forechecking game that should free up more chances deep in the offensive zone.

“I don’t care who you’re talking about, you still have to have a responsibility without the puck, and Tanner’s always had that, and he’s going to have to play against top guys every night,” John Stevens said. “But we still think he can create offense, and the better he is defensively, hopefully the more he has the puck. We still would like to see him shoot the puck more, we still would like to see him continue to get to the net. But his game really starts along the wall, being really good along the wall, and I think that helps him offensively and defensively.”

Pearson has eight shots on goal this season. Given that he’s a career 11.3% shooter in all situations, the idea that he could stand to take more shots should be of significant value should he put it into practice.

Pearson’s an intuitive worker, and last year he spent ample time working with the coaching staff to identify where he was getting his shots and which shots generated the most dangerous scoring chances. In the 2017-18 season, the Pearson-Kempe-Toffoli connection helped keep the team afloat during some challenging times, and tonight the trio will need to be at their best, especially against a Toronto team that boasts one of the league’s most impressive hauls of speed and skill.

“We’re familiar with each other, which is obviously nice,” Pearson said of his linemates. “You know Ty’s going to be a shooter, you know Juice is going to carry a lot of speed. I’ve got to be competitive in battles and win those battles and get the puck to those guys.”

There were questions earlier today about the teams’ clash of styles, what with the fleet-of-skate Toronto attack that leads the league with an average of 4.83 goals per game, and a power play that ranks second at a robust 47.5%, and the Kings, who haven’t consistently summoned their team game but have won the Jennings Trophy in two of the last five seasons. When Stevens was asked whether a “heavier” team can succeed in the modern NHL, he had his own follow-up.

“I guess I’ll ask you a question. How heavy did Washington play last year?”

Washington’s a very physical team, and like San Jose, Winnipeg and Dallas, the Caps have a good balance of heaviness, pacing and individual team speed. Toronto, as Stevens opined, is one of those types of teams. They’re capable of playing a heavier game though also clearly known for a degree of skill and speed that Los Angeles can’t quite match. But as has been shared here and elsewhere for years, the game is hockey, not SPEEDPUCK, and pace and making quick reads and decisions are more important than pure, unadulterated speed.

“I look at Toronto, I think they play really fast, and I think they play really heavy, and I think the thing that’s never going to change is you’re going to need really competitive people on your team. Skill sets may change, but I think Washington was a really good example. They’re a really skilled, big, heavy team that played a heavy game, but clearly they had a skill level in their lineup that could play the game fast and make a lot of plays and create a lot of offense but still be really sound defensively.” The recent league-wide rise in offense is largely driven by power plays, and as Stevens noted, the defensemen’s ability to move pucks and activate into the attack. Hence, moving pucks to speed, joining the attack, and spending as little time in the defensive zone as possible.

“There’s players here that’ve had a lot of success. Drew Doughty’s a great example, Kopitar’s a great example where being a great checker-defender is really important to them, but we still feel that if you check better, you have the puck more, you can attack the other way,” he said. “I do see the puck speed of the game changing, but I still think that teams play fast, their defensemen get to pucks quickly. I think the mobility of defenses has really started to change in terms of makeup. I still see teams generating a lot of speed in the middle of the ice, but it’s probably the activation of the wingers and the pucks being moved to speed leaving the zone in a hurry, so it’s certainly something that has to be adapted with the way the game is now.”

There are so many aspects inherent in championship teams, one of which is excellent center depth. With the ability to line up with Auston Matthews, John Tavares and Nazem Kadri on their top three lines – hey, wow – the middle of the ice will be a topic this week in Toronto with Los Angeles and Pittsburgh visiting.

“They’ve been dominant for years now, and that’s a big reason they’ve been successful and they’re able to win Cups is their depth down the middle and throughout their whole team,” Matthews said. “Two guys, three guys, four guys don’t really win a championship. It comes from the whole team, but obviously it helps when you have that depth.”

Tanner Pearson, on schemes, in addition to elite personnel, that catalyze Toronto’s power play:
I think you just look at the stats and it tells you for itself. They’re looking for a lot of tip shots. That tip shot’s going backside. They’ve got a lot of skill over there, and they’re capitalizing on their opportunities. Hopefully our power play can get it going, too.

Michael Amadio, on getting a firsthand sense of the Toronto media contingent:
It’s my first time seeing it firsthand, so I guess I’ve only seen it on TV, but when I walked in the room here there were a lot of people. It’s the first time I’ve seen something like that. It’ll be a fun game tonight.

Amadio, on whether he’s improved in his ability to win puck battles in his second year:
I think so, yeah. Once you get out there, you calm yourself down. You’re not as nervous, you know what to expect and where your outlets are, so I think it’s a little bit easier. 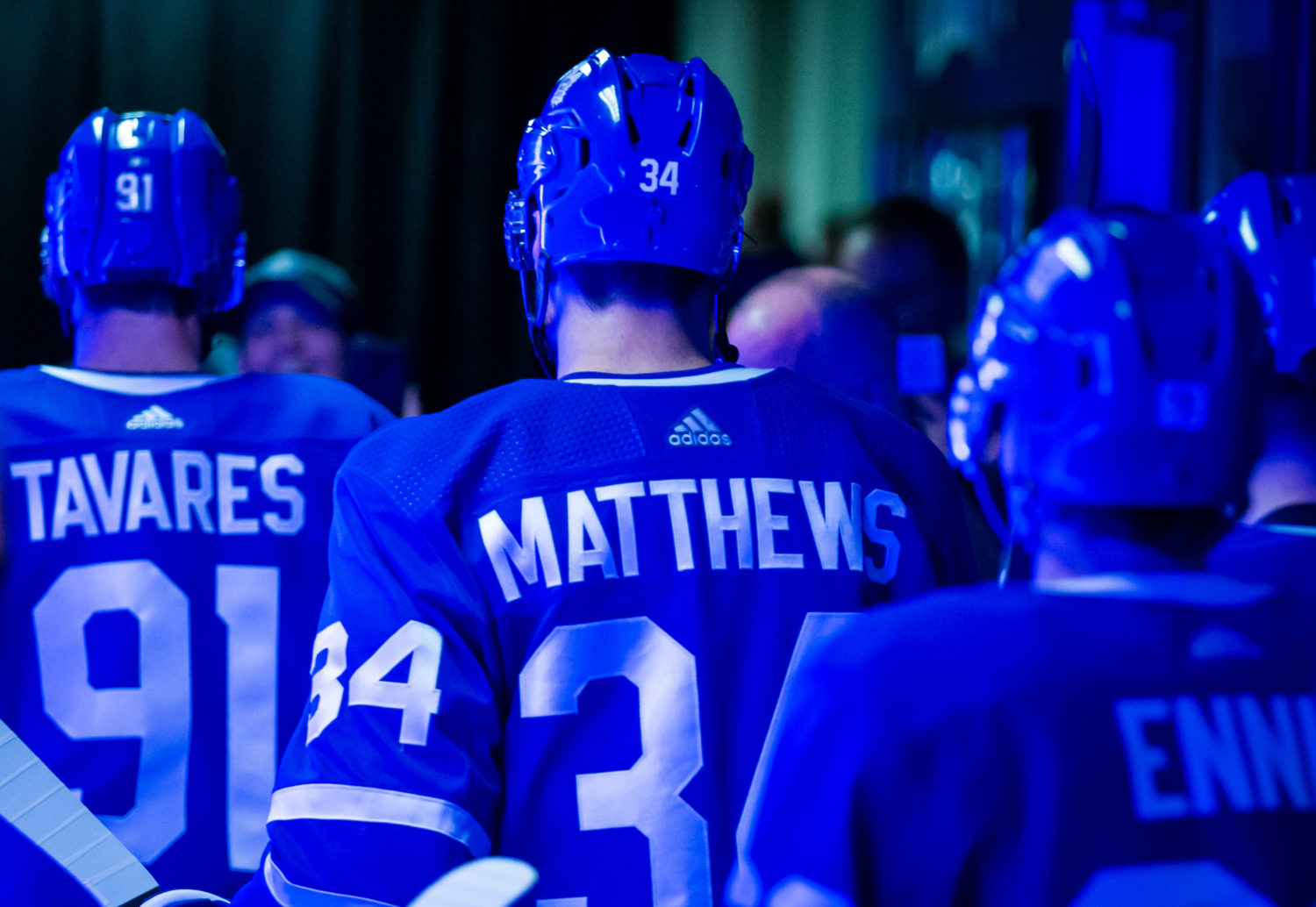