Waking up with the Kings: October 10 - LA Kings Insider

In what was shaping up as a near-carbon copy of their last visit to Winnipeg, an undermanned L.A. Kings team took a lead at the Bell MTS Centre before having to hold on for dear life and losing their grip in a game in which the ice was tilted without much of a slope over the final 10 minutes of the first period and throughout all of the second. Los Angeles could not exit the zone during the onslaught; though lobbing the puck into the air and forcing neutral zone puck battles has been an effective method at times for certain teams (see: Vegas last year; Chicago during their Cup years), during stretches on Tuesday it was the only way for the Kings to escape the constant pressure and leave the defensive zone at all. Jack Campbell was excellent and offered his team a chance to win (and, let’s face it, Winnipeg is a bona fide Cup contender), and through his excellence, a near miss by Jeff Carter and an Ilya Kovalchuk crossbar in the third period very well could’ve earned the Kings the opportunity to forge out a point or two in one of the league’s most challenging outposts. With last night’s win, the Jets are 39-7-2 in their last 48 home games, dating back to March, 2017. 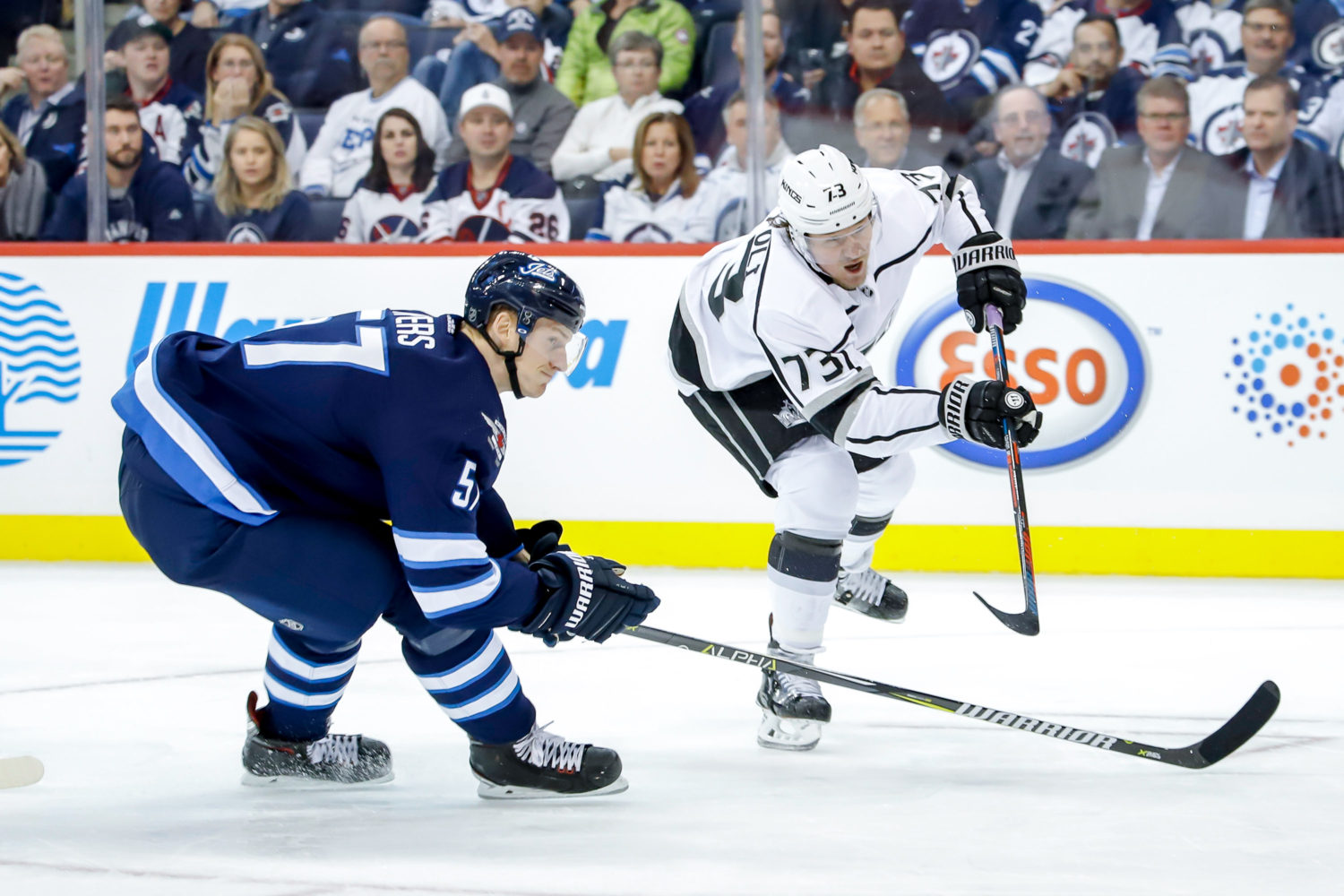 The puck management and challenges in leaving the zone have produced unholy possession numbers. Are they a blip amidst the early season feeling-out process, or should we be worried? Los Angeles has allowed 110 shots through three games; they’ve yielded 55, 53 and 56 shot attempts during five-on-five play thus far this season. At no point last season did they ever allow a minimum of 50 5×5 shot attempts over three straight games. One stretch that springs to mind during these possession challenges was the start of the 2014-15 season, when the Kings allowed at least 30 shots in each of the first six games of the season, though they went 4-1-1 over that stretch. They narrowly missed out on the playoffs that year, but were able to rectify the early push-back and finished with a league-best 27.0 shots against per game. We’re still in the “be suspicious of any team-wide numbers you see” part of the year, but there are still puck management and pace-of-play challenges that have been easily visible this season, especially over the last two games. “To be quite honest, I think we took a step back tonight from what we were trying to do and what we’re all about really,” Anze Kopitar said after the game. 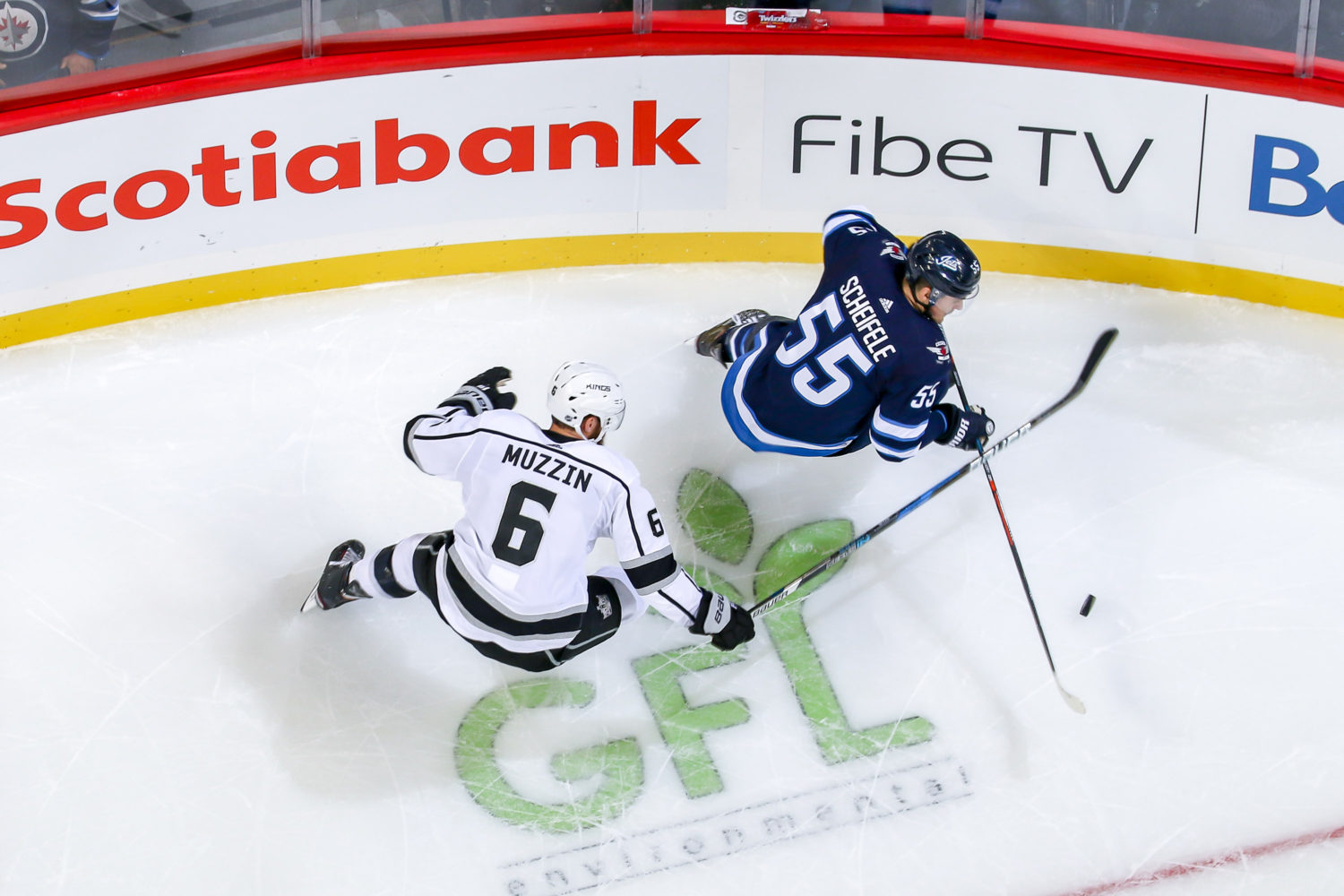 There were several encouraging developments. Jeff Carter, as Jim Fox and I spoke about during last night’s Rapid Reaction post, looked to be finding his trademark open-ice speed that he’d needed some time to establish in the aftermath of his ankle surgery. He was among the Kings’ better forwards and had several high-quality looks in the third period, including one on a timely Tyler Toffoli drop pass that Dustin Byfuglien blocked in front of Connor Hellebuyck. Tanner Pearson worked his way back onto the Carter line and along with Toffoli was the forward most likely to be found in the offensive zone. He was hard around the net and along the perimeter of the ice in winning battles. Ilya Kovalchuk was again nimble on his skates and made an excellent bee-line towards the front of the net to redirect Drew Doughty’s laser-guided feed past Hellebuyck for an early lead. But there wasn’t enough push to go around, and for the third straight game, no bottom-six forward earned a point. The Kings should have some pretty good forward depth once Dustin Brown returns, but until then, they’re going to need to eke and scrape out some low-scoring wins and continue to rely on excellent performances from their goaltenders to haul in some points. 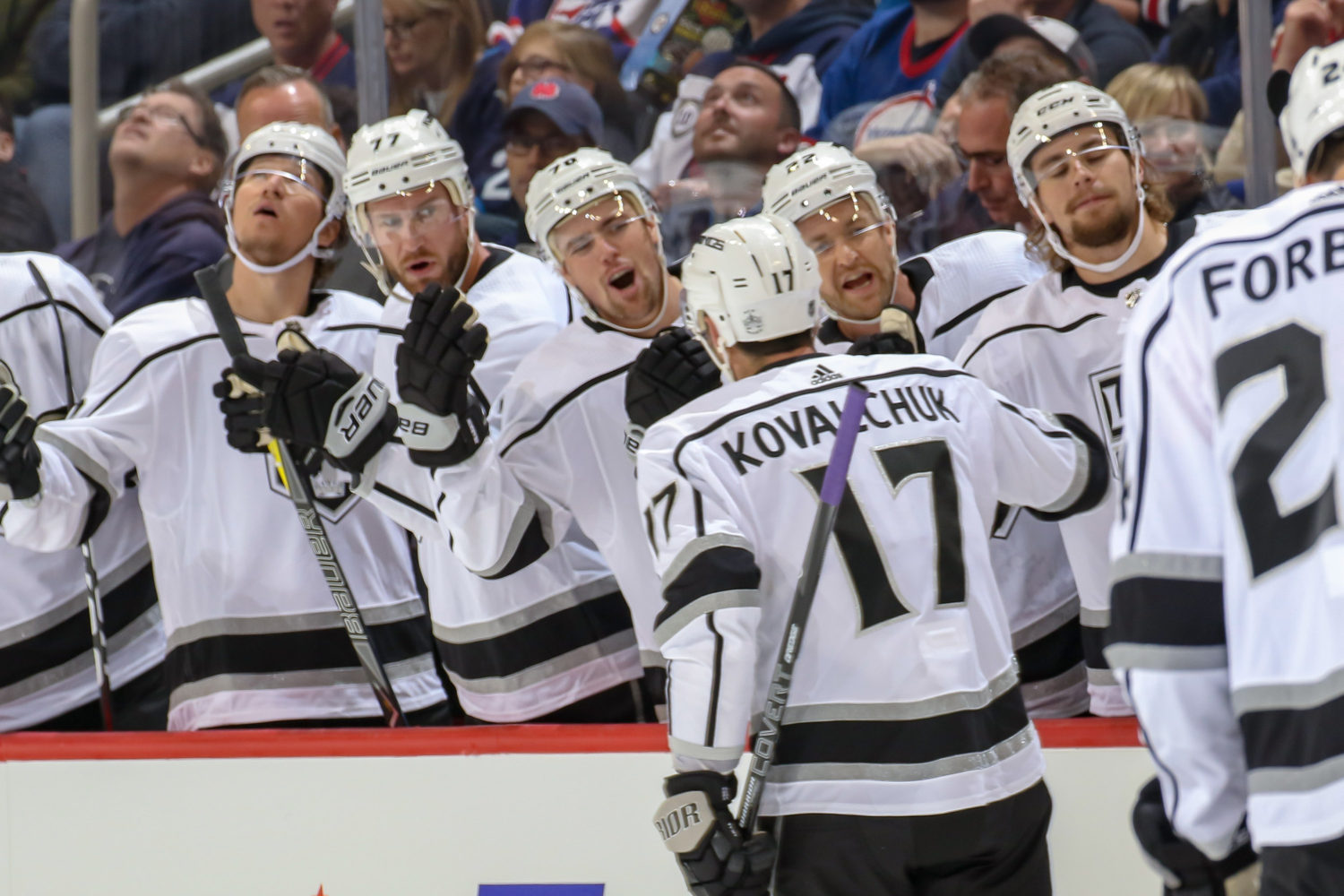