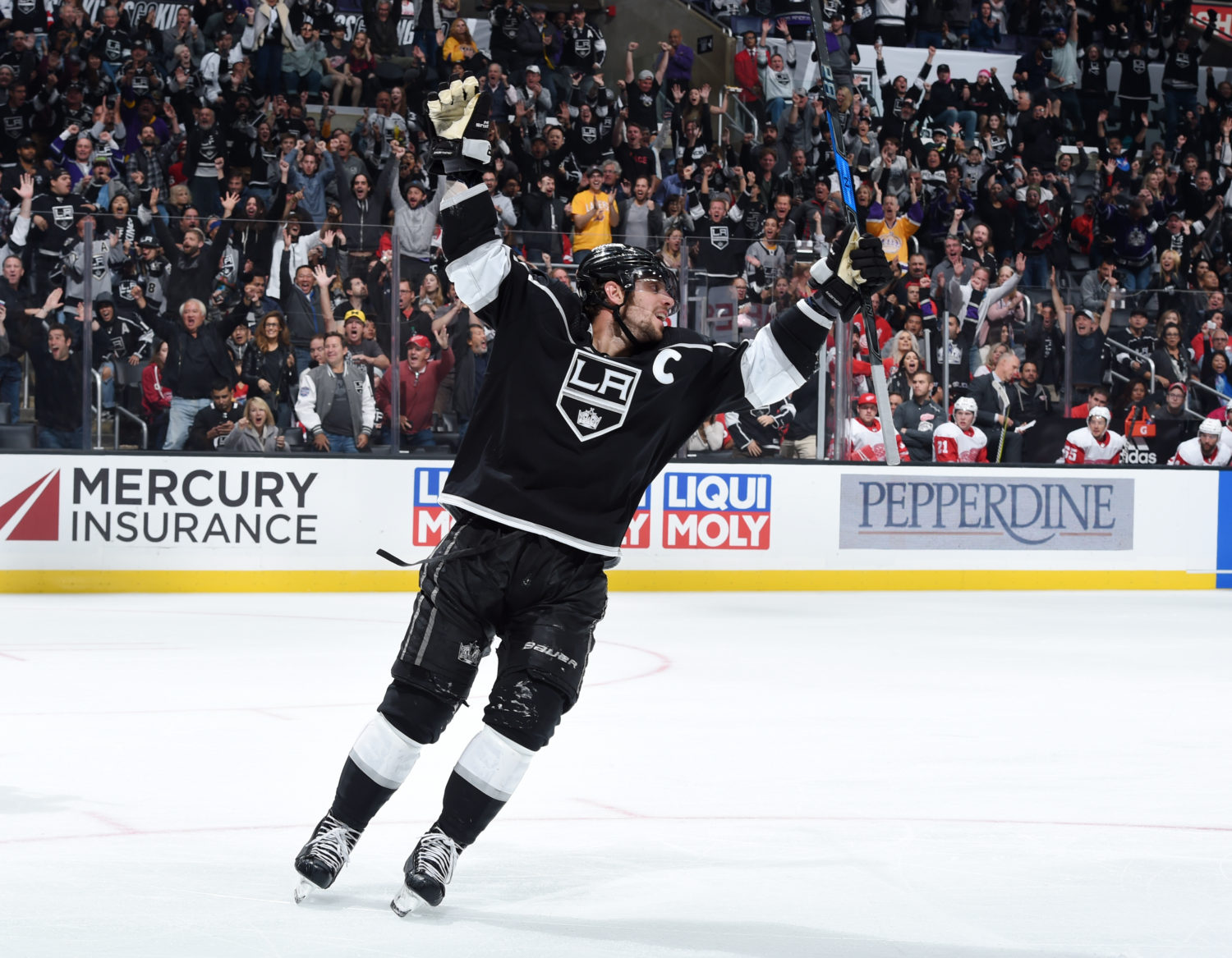 There’s not too much to gain from overanalyzing the first two games or drawing conclusions from the limited data available, but what can be said about any team can also be said (and has been said) about the Kings: They Are A Work In Progress. Early season games can be loose and lacking in detail; sometimes the Kings ride out this storm, even while they’re not at their best (see: early 2014-15), and sometimes they don’t (early 2012-13, 2015-16 and 2016-17). Sometimes they come blazing out of the gates (early 2017-18). Sometimes Jonathan Quick is so good that he extends the margins for error so that his teammates may find their games (see, again, 2014-15 and 2017-18). The variables working against Los Angeles early in 2018-19 aren’t too favorable. Dustin Brown is injured, as is Jonny Brodzinski, a wild card in Gabe Vilardi, and now, Quick, too. Fortunately for the team, Jack Campbell was terrific as Quick’s understudy on Sunday and helped grab two important points in a game in which Detroit built a wide territorial and scoring chance gap before Los Angeles responded with a strong third period that they’ll look to carry over into their Canadian swing. It’s easy to see why Campbell instantly endeared himself to his teammates. Like many who’ve worn NHL jerseys before him, he’s eminently respectful and appreciative and defers credit to those around him. Jake Muzzin was stung by a Nick Jensen shot, and while he was down on the ice, wore another shot from Libor Sulak. As soon as play turned in the other direction, Campbell gave Muzzin a little love-tap with his stick even before the defenseman could get back on his skates. It was Alec Martinez who presented Campbell with the game puck in the dressing room – replete with special handshake – and having spoken with Martinez and Jeff Zatkoff and now Campbell, there’s always a wisp of extra emotion and nostalgia when facing the Red Wings as a Southeast Michigan native. “It kind of gives you a little goosebumps or chills because I grew up watching ‘em and my grandpa was always a big fan of the Wings, so I’m sure he’s happy,” he said. “I’m sure he’s a Kings fan now, but it was nice just playing and trying to help the team and great to get the two points.” 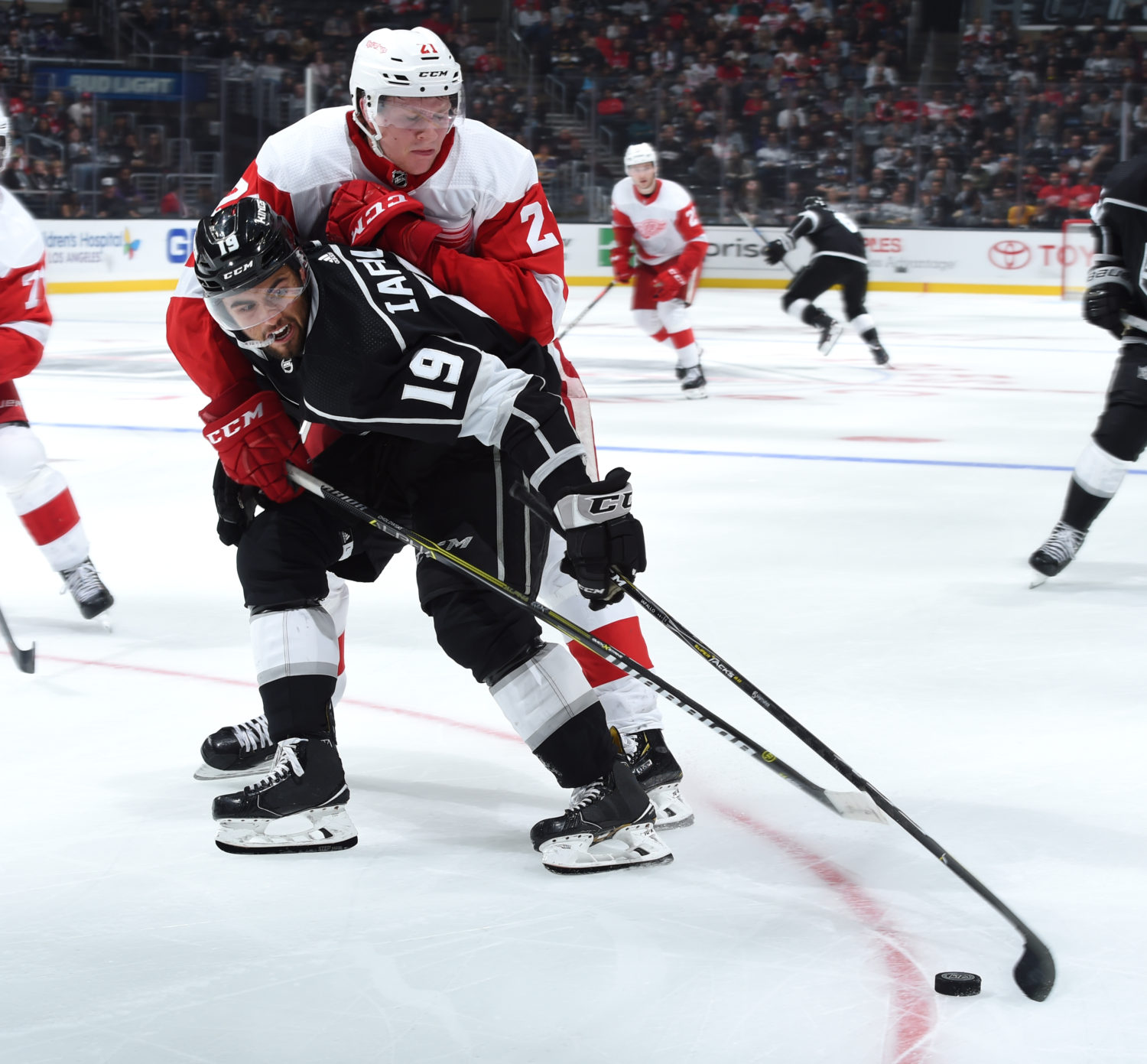 Anze Kopitar was very good, as was Alex Iafallo for the second straight game, and Ilya Kovalchuk made an impact with his playmaking, shiftiness and all-around skill. Through two games, though, the Kings haven’t yet evolved their top-heavy offensive balance. Players who began the first two games on the top two lines (there was a late-game Wagner/Pearson swap on Sunday) have combined to post five goals, 11 points and a plus-four rating. Players who began the first two games in a bottom-six slot are yet to earn a point and are a combined minus-four. Kopitar’s high-skill move that produced the Kings’ first goal was a beauty, but the team is going to need more production from secondary targets in order to avoid placing undue need on their top player to be a top producer every single night. One of those targets on Sunday was Paul LaDue, who continues to produce when used in the lineup, and also showed a good battle contingent, especially when using his stick (and then force) in channeling Filip Hronek to the corner in the third period. The possession numbers showed that the Wagner-Kempe-Lewis line, while they were together, were the Kings’ best at pushing play towards the attacking end; it would be a major boon for the Kings if Lewis could replicate 14 goals (in 68 games) from last season and Kempe can recapture his own scoring to match his strong forechecking and skating through the first two games. 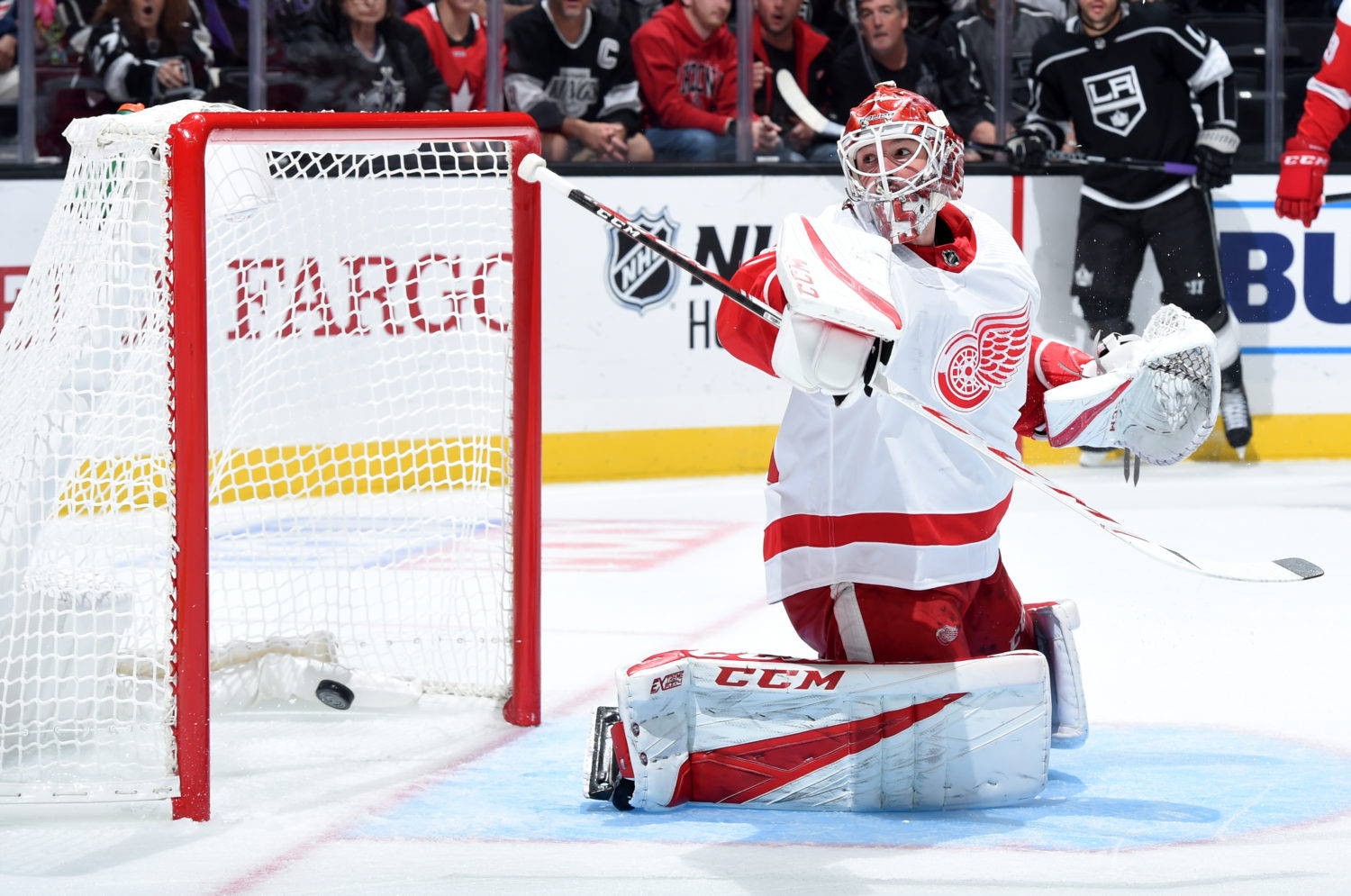 The Kings had a promising first power play shift, and then… ::tugs collar nervously::. The first man advantage began with what appeared to be a direct response to the power play challenges from the San Jose game. The Kings won the faceoff, set up shop quickly and generated a pair of heavy Kovalchuk one-timers, just as had been conceived over the summer. There was a clear, attacking bent. Later on the double-minor, there were only four players on the ice for roughly 15 seconds after two players returned to the bench and only one hopped back over the boards. There are a number of areas where Dustin Brown’s absence is felt, and one of them is very clearly the power play, where he totaled nine goals and 15 points as a constant net-front menace. A win is a win, and the Kings can be content with three points from their first two games. But a game at Winnipeg will be a step up from a home game versus Detroit, and if Los Angeles is able to improve their ability to withstand a forecheck, manage the puck and gain more fruitful power play reps, they’ll ease the transition into an early road schedule in which they’ll travel to a number of challenging places to play.