Quick day-to-day with lower-body injury; Campbell to start vs Detroit 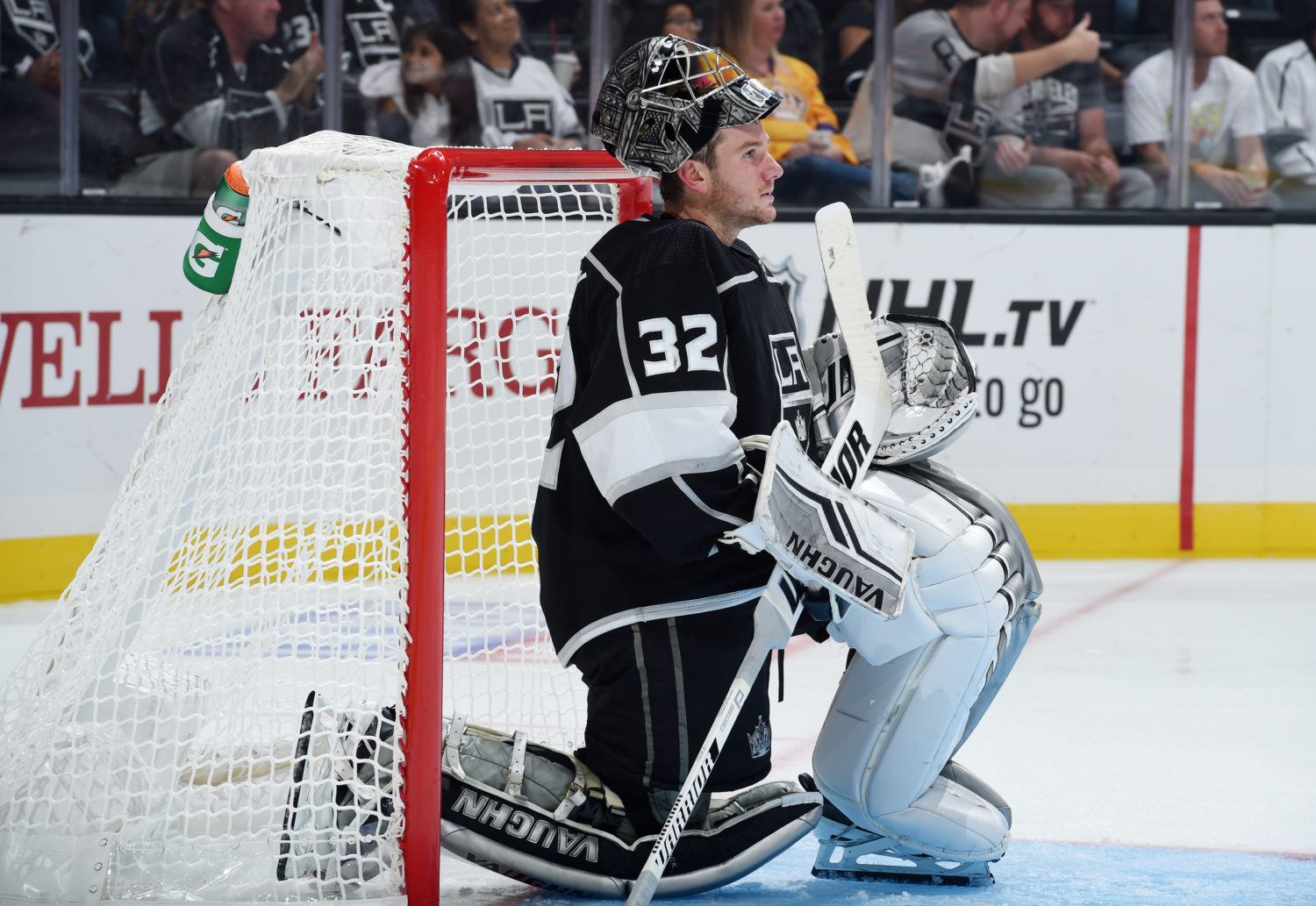 Via a Kings spokesperson, Jonathan Quick is day-to-day with a lower-body injury. Quick was on the ice for Saturday’s practice, and based on our understanding, the injury occurred during that skate. More will be learned when John Stevens speaks with the media later this morning.

The Kings, like several Pacific Division teams, have been bitten by the injury bug at the start of the season. Dustin Brown (broken finger / surgery) and Jonny Brodzinski (shoulder surgery) are on injured reserve, while Gabe Vilardi (back) is an injured-non roster player. There are 22 active players on the roster, so if/when Los Angeles recalls a goaltender from AHL-Ontario, they would not be required to make a corresponding move.

The Kings depart on a four-game road trip through Winnipeg, Montreal, Ottawa and Toronto Monday morning. The Reign do not play until their home opener Friday at Stockton. They opened up their season with a loss Friday at San Jose and an overtime win at Stockton on Saturday, with Cal Petersen (23/27) getting the nod in the opener and Peter Budaj (25/30) drawing the start last night.