Welcome to Game 1 of 68 in the newest season of AHL Hockey – With Jon’s blessing, I plan to add onto his “Good Morning” series this season when I travel with the Reign, with the goal being to introduce some new cities in AHL markets and to provide some general, if not random, morning thoughts. With that in mind, it’s only fitting that we begin our season in San Jose, which, naturally, does not accomplish the first goal in the slightest…….but regardless, it’s been an exciting journey over the past few months leading into tonight’s game as we see the makeup of the Reign in game action for the first time where the points actually count.

As one member of the Bay Area, the Oakland Athletics, saw their season come to a close on Tuesday, two more see their seasons begin with the NHL and AHL both back in action and interestingly enough, both the Sharks and Barracuda will take on members of the Kings organization this evening.

The Reign touched down in San Jose yesterday afternoon around 3:45 p.m. and while the flight itself – under an hour in time – was pretty smooth, the team was promptly greeted by a noisy group of workers protesting outside of the team hotel (and they’re still here this morning). At the very least, it should get the players prepared for the noise to come next weekend at Citizens Business Bank Arena.

For me personally, this is the furthest North I’ve been in California since I moved out here and my first trip to the SAP Center for a game. The team is on the ice this morning at 11:15 AM for morning skate before they’re back at the Shark Tank at 7 PM to begin the season.

Stay tuned to the LAKI site throughout the day as the Reign are expected to release their opening night roster later this morning – expect a group of 24 players with no major changes or surprises – and I’ll have a game day preview out as well, along with post-game notes and reactions. 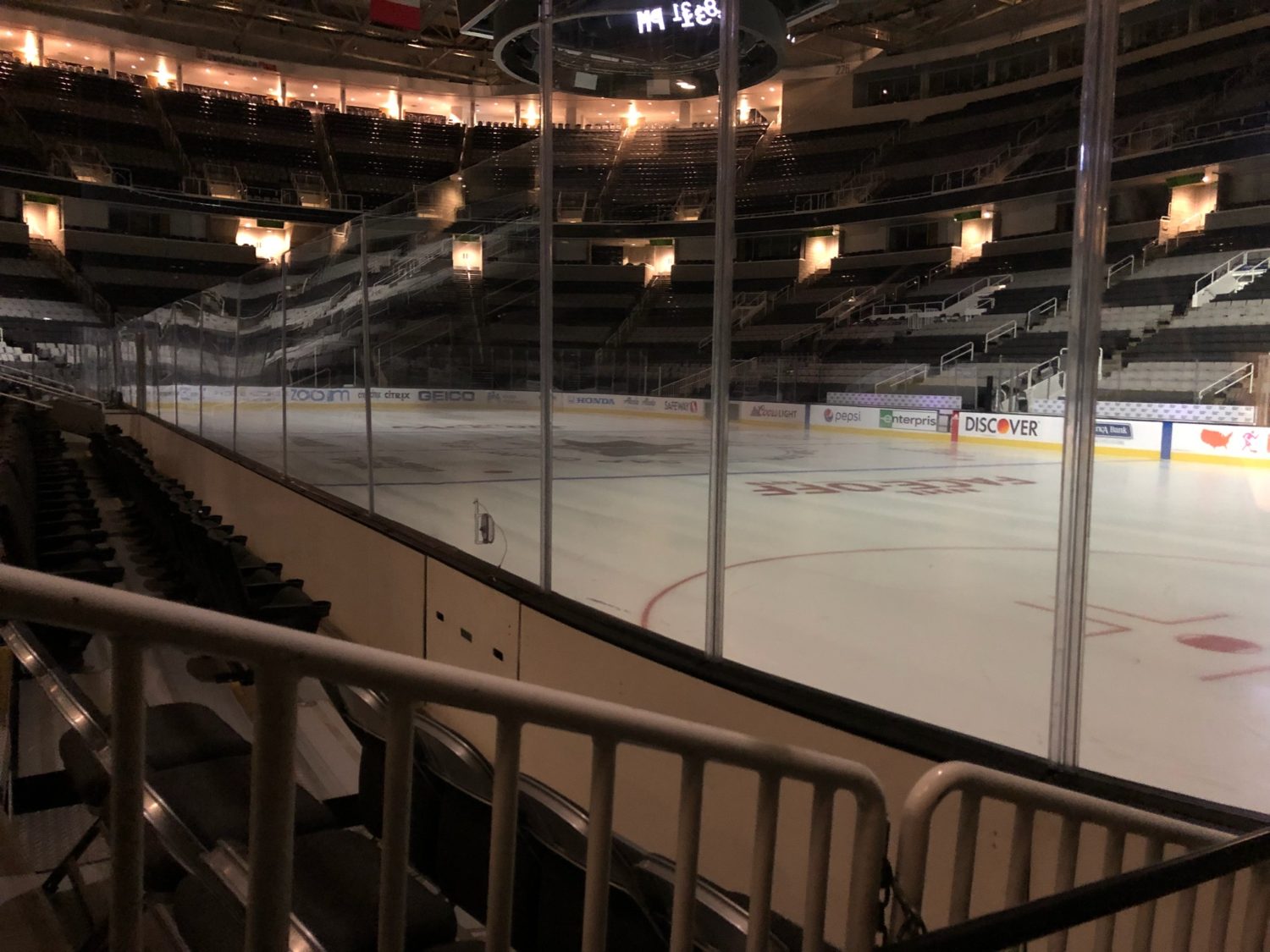