There was something about the constant grasping and clawing that kept the Kings afloat but ultimately wore on them in 2016-17, a season in which the team battled through a major Jonathan Quick injury and a lack of scoring before ultimately fizzling out in March and missing the playoffs. This was a draining season. The margin for error was minimal, and despite showings of early season promise and will, there were a number of irregular performances by key players who for the first time saw the bottom truly drop out on an incredibly proud and driven group.

Jake Muzzin, who opened that season at the World Cup of Hockey playing for among the greatest teams ever assembled, ended the year a minus-21.

“Some of the players are telling you not to overthink things, trust yourself, and when stuff goes wrong you start second guessing like, ‘what the heck is going on?’ and, ‘why, why, why?’” Muzzin said. “But, you get back to the belief in yourself and in the team, and that’s all helped. I think everyone kind of goes through that.” 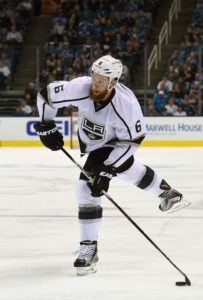 Muzzin has battled through that process. There have been episodes of taking his work home with him, and it was a block when he was younger. “You’re trying to try so hard to make it and solidify your role and then you make mistakes and you overthink them and you dwell on them. And then you don’t sleep and the rest of your game goes to shambles because you’re just thinking about that mistake or the guy you should’ve had that scored or blah, blah, blah,” he said.

He’s a player who recovered from major back surgery at 16, was not offered a contract by the Pittsburgh Penguins or the Nashville Predators, made a major jump from the Soo Greyhounds to the LA Kings and then to Manchester in 2010, and then back to Los Angeles in 2013, where he was a central figure in the 2014 Stanley Cup run before embarking on several highly underappreciated but also episodically inconsistent seasons. It hasn’t necessarily been a steady, linear climb, but now he’s truly one of the most gifted athletes on the team, and reported to training camp at 213 pounds, three pounds down from the 216 he’d weighed at the previous four camps.

This is important, because a good off-season and a good training camp last year led the way to a very good regular season in which he totaled eight goals and a career-high 42 points in 74 games while leading all regular skaters in raw possession metrics and facing typically difficult competition. “China Games MVP Jake Muzzin” is said with some degree of tongue-in-cheek mischievousness, but, hey, it very well may set a precedent: Muzzin had an excellent off-season, transferred it into the 2017 preseason, shot out of the gates, and turned in his best season as a pro.

“When he’s involved physically and he’s thinking defense-first where he’s a real sound defender, I think it feeds a lot of confidence in the rest of his game. He got off-track a couple years ago where he’s a little too busy. I think he was trying to do too much,” John Stevens said.

“…When he was defending well, he was confident with the puck. He’s taken on responsibility now as a penalty killer and a power play guy and plays in all situations, so I think he understands now, you even see him in preseason where he’s playing with an element to his game where he’s involved physically, he’s killing a lot of plays early, and to me, that’s a really good sign when he’s playing well.”

That shut-off ability and the physical element that feeds confidence in his all-around game has helped build an identity of a player that is firmer than it was during his earliest years in the league. That growth has been a Baptism through fire, when he was thrust into a wide role in Willie Mitchell’s absence in 2012-13 for a team whose demanding coach wasn’t one to treat rookies with kid gloves.

“I think when you struggle, you learn, which is a valuable lesson,” Muzzin said. “But why are you struggling? You’ve got to ask and look at stuff, and trying to force plays and do too much when things aren’t going your way is just counterproductive and bad stuff continues to happen. So that’s when getting back to what makes you a good player, what makes you a good team — what makes LA a good team — and just hammering those points until it’s second nature.”

That was among the keys to his 2017-18 success, which followed his most challenging season as a professional. It was a challenging season for a number of players on the team, for those who haven’t pushed the 2016-17 season out of their memory. But if there’s something that’s remarkable, and perhaps archetypal of his career to-date, it’s that he immediately rebounded with a terrific season, representing his improvement in sublimating his mistakes and relying more on the understanding of what made him a very good player.

“You remember that he would take his failures very hard and he wouldn’t appreciate the good he did, which is normal,” said Mike O’Connell, Senior Advisor to the General Manager/Development. “You’ve got to look at the whole picture when you’re making an assessment, especially when you’re trying self-examination. I think he was kind of drawing on the negative more than the positive and that’s tough to build confidence. That’s hard to do when you’re looking at things that way.”

In addition to the self-examination, Muzzin has improved in understanding his boundaries and not trying to be a superstar every single play on every shift, so to speak. Combined with a solid foundation, an excellent, “wide and strong” hockey body and the importance of utilizing his physicality appropriately and improving his conditioning, the mental and more physical approaches have meshed well to combine a clear-cut number two defenseman.

He was also a clear-cut two through much of 2013-14 and 2015-16, but the stray off-nights became much more staggered over the past calendar year.

“He started to believe in himself and had a little success, worked off that, and then started to expand his game and then had to reel himself in,” O’Connell said. “It’s a constant learning experience in growing your game and trying to find your boundaries and he’s still expanding them.”

He is, by both internal and external opinion, a top-50 NHL defenseman – and that might even be conservative. He’s not only a number two, but one of the better number twos. And his ability to hop back over the boards unburdened by the weight of prior gaffes is a major part of that.

“It takes time,” Muzzin said. “Mistakes are going to happen. There’s no getting around it. Everyone makes them and how you respond from it is a lot harder than what people think. Some guys are really good at just short-term memory, just forgetting about it, and some guys, like myself when I was younger, I dwelled a lot on it. It took me a while to learn how to bounce back from a mistake.”

“It’s a long season and there’s a lot of ups and downs, but if you can eliminate [distraction] so the highs are not as high and the lows don’t go so low, you kind of stay that even keel, and that’s where success comes from.” 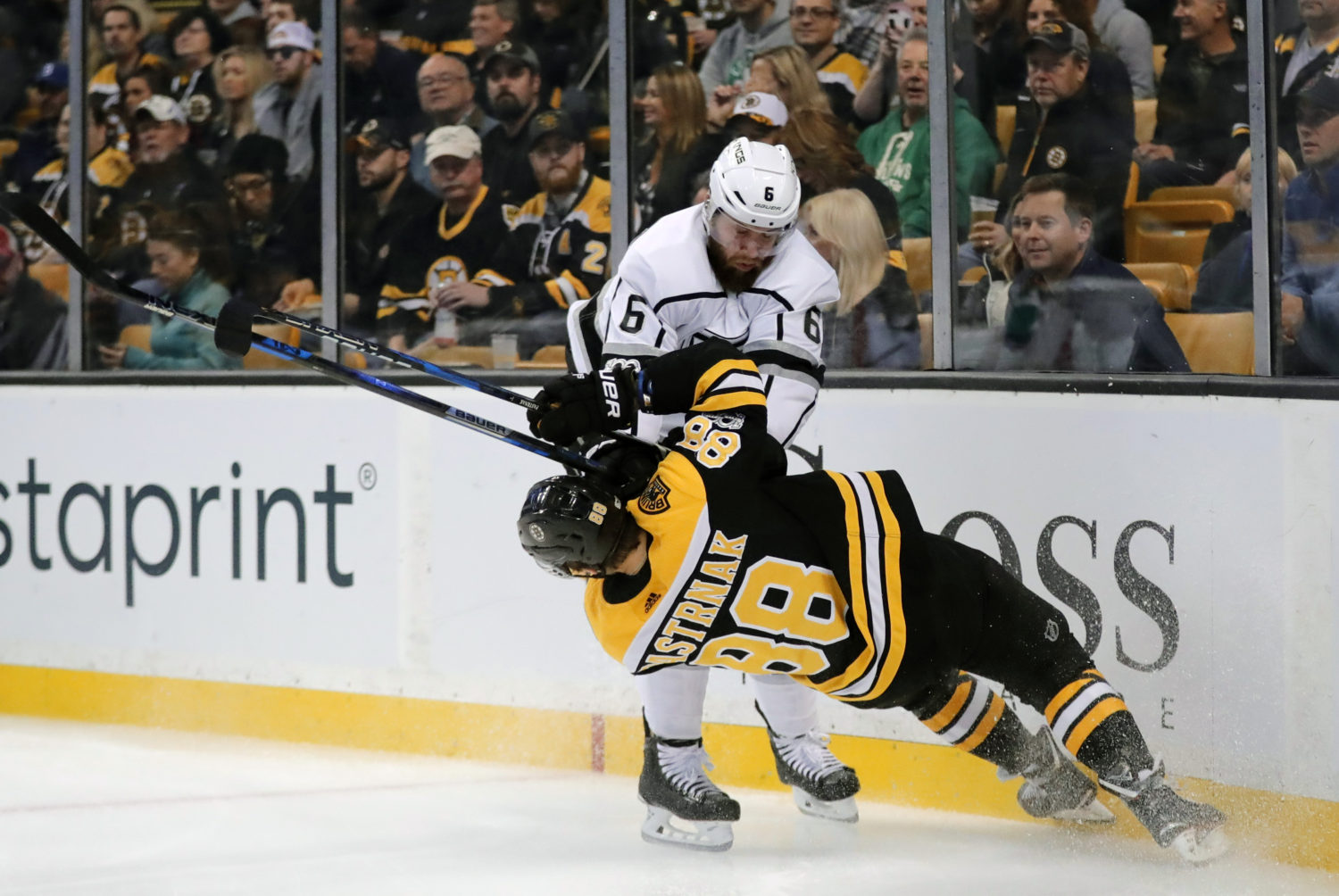