"Balance" in the lines as they currently stand; Forbort getting closer - LA Kings Insider

“Balance” in the lines as they currently stand; Forbort getting closer 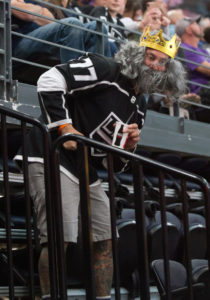 –Tyler Toffoli has been getting better as camp has moved along. He’s among the many players we often hear about that had a good, committed summer. It has translated into what Stevens has seen over the last week. “He looks like a confident guy on the ice. He’s doing the things offensively that we’ve seen him do in the past. He’s been a really responsible player at both ends of the rink,” he said.

Toffoli and Tanner Pearson skated on a line with Michael Amadio in Salt Lake City on Monday and combined for five points in the 4-1 win. Might skating them on what’s essentially a “third line” afford them better looks? “We think it gives us balance. I’m not sure that’s the way it stays, but it certainly gives us balance, it gives us three lines that should be able to score consistently, and it kind of splits up your special teams people on different lines.” Stevens noted that Adrian Kempe and Alex Iafallo will continue to get consideration for the second power play unit.

–On Monday night’s forward lines, Stevens credited a “sound” performance from the entire unit. He thought the first line had good energy with Alex Iafallo’s presence, and Ilya Kovalchuk benefits from playing with linemates with speed. It allows him to see the ice well, per Stevens. “I think he’s a higher possession guy than you realize,” he said and noted Kovalchuk as a playmaker as well as a shooter. On the third line, he liked how Amadio played with pace and supported the puck in the middle of the ice, allowing the line to get up-ice in the attacking zone. Like last night, he also noted the fourth line’s energy and ability to create goals off the forecheck. “When you get that type of performance from your team when you’ve got everybody contributing in some way, shape or form, whether it’s with energy, good forecheck time, special teams minutes and production, it’s encouraging that type of contributions from up and down the lineup.”

–On the final three preseason games, he wants to see the team engaged in puck pursuit and better checking. “I think we weren’t as engaging in camp as we probably needed to be. I think we tried to play a little bit too much of a rush game where we’re thinking about scoring. I think we just need to be responsible, and I think our guys understand the faster that you defend, the more you have the puck, and I think I’d like to see our team really continue to get faster defending so we get the puck more and continue to push the pace with the puck offensively.” Stevens wants the team to play faster and believes they have played faster, but to also be fast on the defensive side of the puck.

–Emerson Etem has size, can skate and create offense, and has done a good job on the penalty kill. He’s been responsible, per Stevens. “He’s come in and made a pretty good account of himself.” He’ll continue to get chances to play in a busy week and benefits from an ability to move up and down the lineup and play both the left and right side. “Teams always have utility guys. He seems to be that guy that can move around and move up and down your lineup and play different positions. He’s played pretty well to this point,” Stevens said. There’s a balance between getting players the right amount of work while also getting the team game in order. There will be lots of opportunities for all players with four games in six nights.

–Stevens has liked what he’s seen in Alex Iafallo this preseason, calling him a stronger, more confident player. He liked him alongside Kempe earlier in the preseason, calling that group “pretty dynamic,” and liked his energy and confidence playing alongside Kopitar and Brown again on Monday. Stevens noted that Iafallo always had good quickness and detail but got stronger over the summer.

–There’s hope that Derek Forbort will get into a game this week. He’s been cleared for more contact in practice and has been integrated back into practice. “Provided there’s no setbacks from that, we don’t want to just put him in for the sake of putting him in. We have almost a full week after the last preseason game before we play again, so we want to be prudent in the process of getting him fully healthy.” Stevens liked the way Forbort looked in practice. 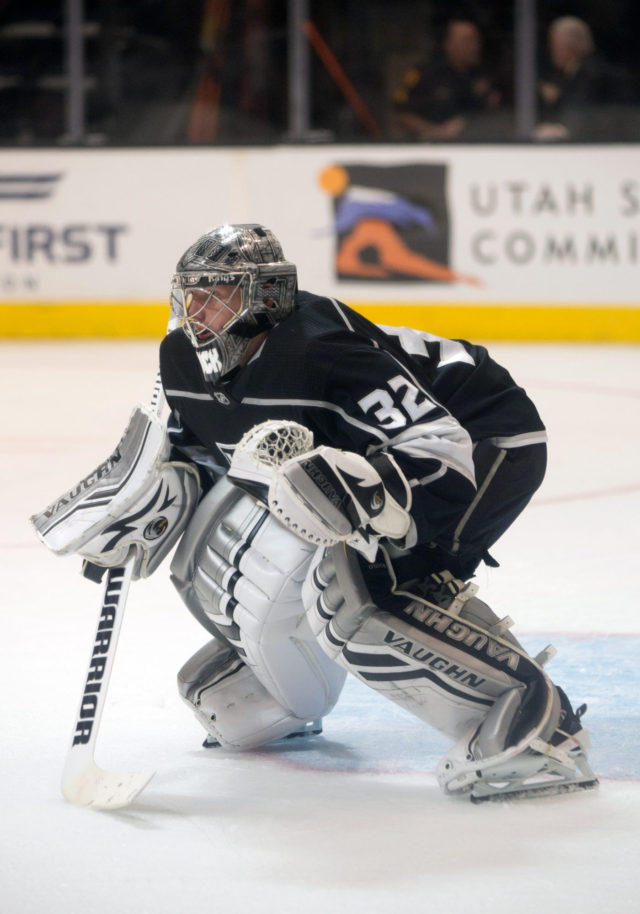