The Stats With Ontario: 59 Games Played / 5 Goals / 4 Assists / 9 Points / 31 Penalty Minutes / -3 Rating
The Background: Ontario is the only city that Sam Herr has known in his professional career. The 6-1 winger joined the Reign at the end of the 2015-16 season and appeared in five regular-season games, followed by four contests in the 2016 Calder Cup Playoffs. Herr then returned to the Reign for the 2016-17 season in its entirety and amassed 14 points (8-6-14) from 61 contests, as well as two assists from five postseason games played. Prior to beginning his professional career, Herr skated four seasons of collegiate hockey at the University of Notre Dame, where he played from 2012-16. Herr appeared in 132 NCAA games with the Fighting Irish and totaled 64 points (36-28-64), including double digit goals in his sophomore, junior and senior seasons.

The Season: Herr began the 2017-18 season, his second full campaign as a professional, in the opening-night lineup on October 7 against San Antonio. Herr was a regular in the Ontario lineup throughout the season, appearing in each of the Reign’s games during the 2017 portion of the schedule.

The Hinsdale, IL native cracked the scoresheet for the first time in his tenth game of the season with an assist on November 4 against the San Diego Gulls. Herr also had a +1 rating in that game, in addition to his first fighting major of the season, placing him just a goal shy of the Gordie Howe hat trick. Herr remained in the Ontario lineup throughout the month of November and scored his first goal of the season, the game-opening tally on November 26 against San Antonio.

Herr scored again six games later as he iced a 4-2 win over the Texas Stars with an empty-net goal in the final minute of play, off of assists from defenseman Kevin Gravel and forward Matt Moulson, and also picked up a +2 rating in the game.

Herr was forced out of the lineup for more than a month during the middle of the season – he played on January 19 against Stockton and did not skate again until February 21 against San Jose – but marked his return to the lineup with points in back-to-back games on February 21 and February 24, as he collected an assist in both games. Herr’s primary assist on teammate T.J. Hensick’s goal on 2/21 provided a key insurance tally in a 5-2 win.

Three games later, Herr collected his third goal of the season, another empty-net tally to secure a 3-1 win over Stockton. The Illinois native would go on to collect two additional points throughout the month of March, with an assist on March 24, followed by a goal in the Reign’s next game on March 30 against Bakersfield.

Herr finished the 2017-18 campaign with three empty-net goals, which came as a result of his reliability and trust with the Ontario coaching staff to be on the ice in late-game situations with the Reign preserving a lead. Ontario also posted a 5-0 record in games that Herr scored a goal in. In the 2018 Calder Cup Playoffs, Herr tallied an assist on Matt Luff’s game-winning goal in Game 2 against Texas, and finished the series with one point as he skated in all four games.

Sam Herr on his goal on November 26
“It was a nice little patience play by Phil in the neutral zone and then he takes the puck to the net hard and I think it was Walks that got a rebound on it and I just found a lucky bounce out there, but it’s good to get that one. With all of those chances, you’ve got to get to the net if you want to get the chances so I just tried to focus on that tonight, just get to the net, and I found one easy.”

Stothers on Herr after his first goal of the season
“He‘s one of those unsung hero guys that coaches love, he does everything the right way and you like to see him score.”

A Look Ahead: Sam Herr is back with Ontario for what will be his third full season in 2018-19 after he re-signed with the Reign over the summer. Herr is one of just four players under contract in the Kings organization that has played a regular-season game with the Reign in each of the previous three seasons, joining forwards Brett Sutter and Jonny Brodzinski, along with defenseman Kurtis MacDermid – (Paul LaDue and Mike Amadio played in postseason games in the 2015-16 season and regular season games during the following two). While Herr is not known primarily for his statistical contributions, he is a player that does things the right way on the ice, as evidenced by the comments from Stothers and his situational play. Herr will be one of the more veteran players on the Reign roster – he turns 26 in October – and should remain as a steady presence for Stothers and the Reign this season. 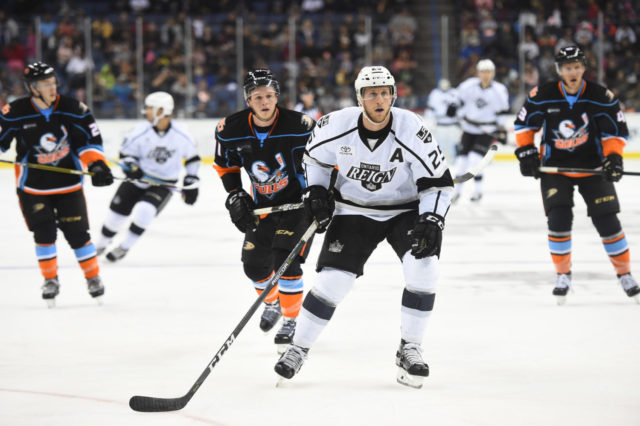 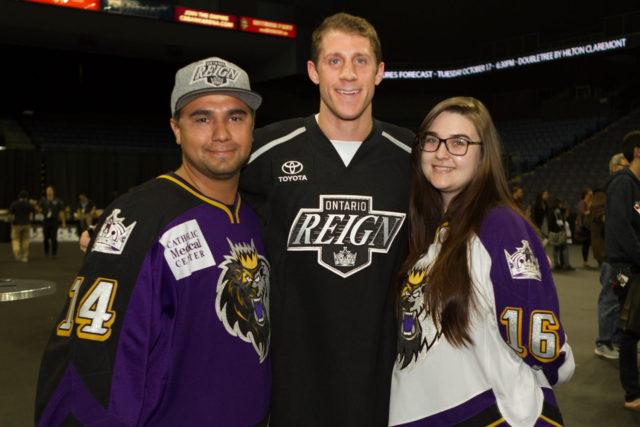 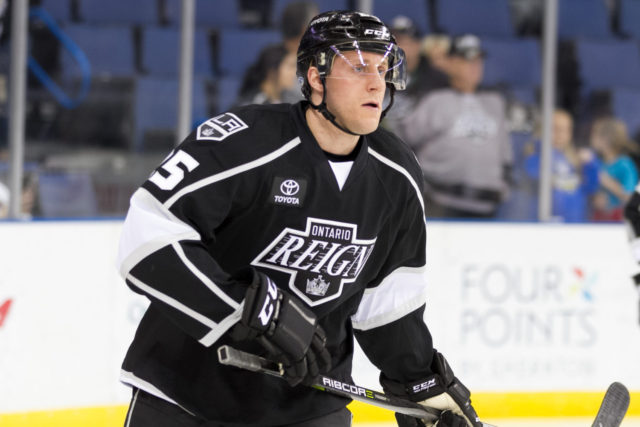 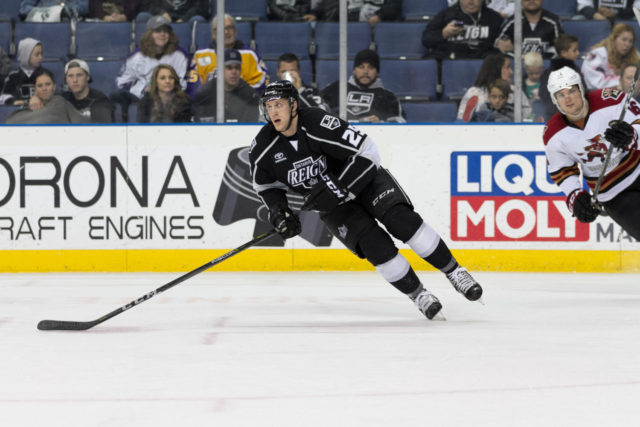