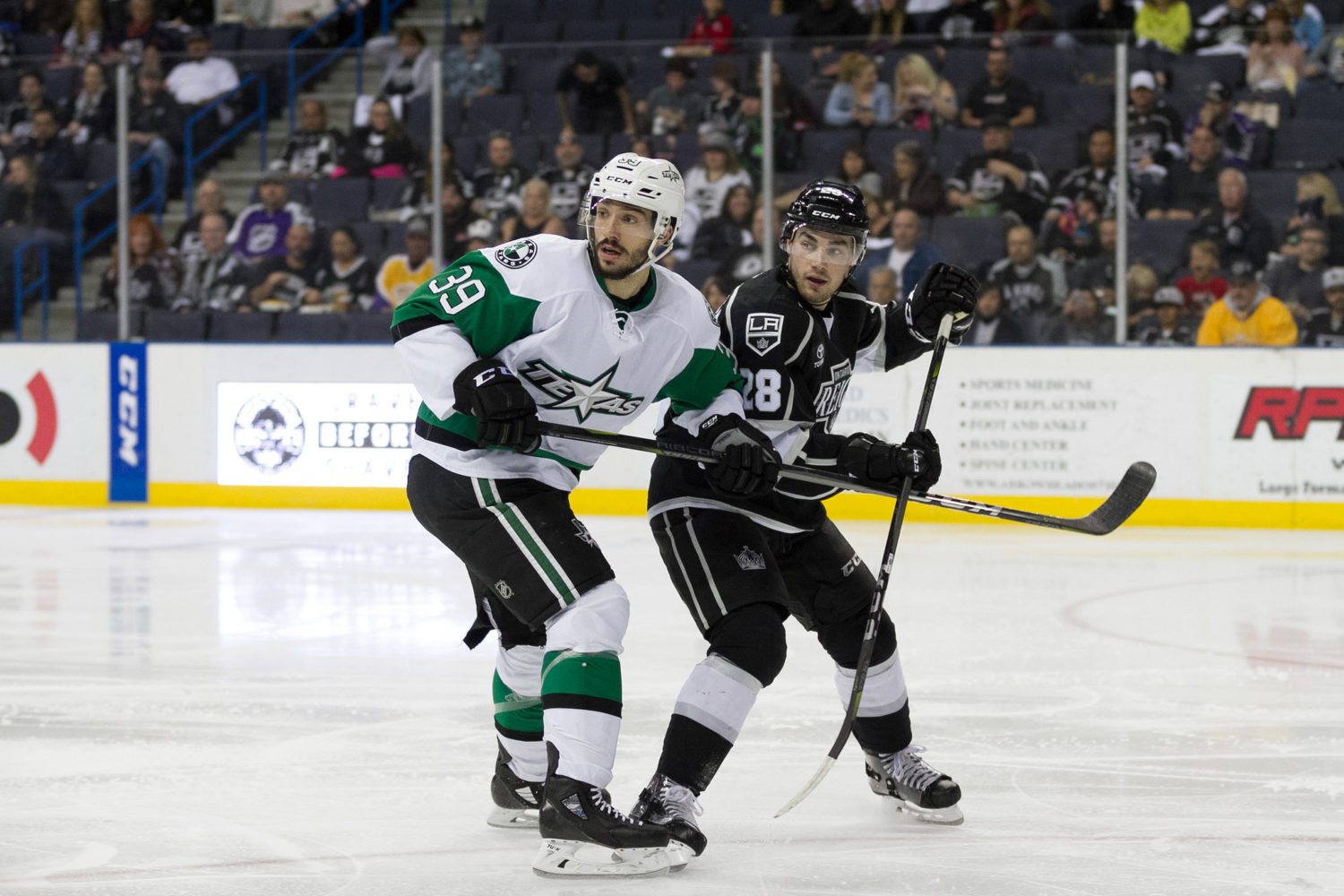 SEAN WALKER
The Stats With Ontario: 64 Games Played / 7 Goals / 21 Assists / 28 Points / 62 Penalty Minutes / +17 Rating
The Background: Sean Walker signed his first professional contract, an AHL deal, with the Reign prior to the 2017-18 season. Walker’s professional career began after a four-season tenure at Bowling Green State University, where he served as team captain during his junior and senior seasons. Walker amassed 80 points (22-58-80) over the course of his four years with the Falcons, including a career-best 24 points (10-14-24) as a senior during the 2016-17 season. No Bowling Green blueliner tallied more goals in a single season than Walker’s 10 since 1995-96, when Kelly Pritchard scored 14.

The Season: Walker’s season began slowly on the offensive side, with seven points (3-4-7) from his first 36 games played. In this span, Walker scored the first goal of his professional career, a second-period tally on October 27 against Cleveland and followed up with another goal the next night, the game-opening goal, in Ontario’s first victory of the season.

The 5-10 blueliner, who also posted a +1 rating during those first 36 games, responded with a huge second-half of the season offensively. Beginning on January 19 against Stockton, when Walker found the back of the net, he amassed ten points (2-8-10) from an 11-game stretch, that also included a +7 rating. Walker found the scoresheet with a goal or an assist in nine of those 11 games, including his first professional multi-point game (1-1-2) on February 10 against Bakersfield.

Walker went on to conclude the season with 11 points (2-9-11) from his final 18 games played, with a +9 rating in that span. The Keswick, ONT native amassed eight points (2-6-8) from his final seven regular season games, including the finest offensive game of his professional career on March 31 as he picked up four points (1-3-4) in a 5-3 win over Cleveland. Overall, in his final 30 games, Walker collected 21 points (4-17-21) and a +15 rating. From January 19 to April 11, Walker’s final regular-season game, he ranked inside the Top 10 in the AHL in assists, points and +/- amongst AHL defensemen.

Quotables:
Walker following his four-point game on March 30
“Obviously an unbelievable feeling but it’s a team win, a big win, we really need the points right now going into the playoffs. It was good for everybody and pucks just seemed to be going my way tonight.”

Walker after the double-overtime loss in Game 3
“I think for the most part we outworked them. I think we were the better team most of the night, and obviously we got great chances to score more goals, so we’ve just got to take that into the next game on Tuesday and hopefully get the result we want.”

Sean Walker was one of my favorite Reign skaters to watch last season. He is a great all-around player who can drive the play offensively and also be responsible defensively. His highlight of the year had to be his four-point night against Cleveland in March (his entire final third of the season was really a highlight on its own). Walker was on an AHL deal last year and just locked down a two-year NHL contract with the Kings. I was not surprised to hear this news in the slightest and have noticed in my years following the AHL that players able to solidify NHL deals after going starting out on AHL contracts are generally some of the hardest workers both on and off the ice. If Sean Walker keeps up the development and work ethic he showed last season, I have no reason to believe he won’t find a spot in the NHL in the future.

A Look Ahead: Walker enters the 2018-19 season on his first NHL contract, an entry-level deal with the Kings signed on July 3, meaning that he is eligible to play for both Los Angeles and Ontario. With a glut of defenseman gunning to make the Kings, expect Walker to start the year as a top option with the Reign, barring a major statement in NHL training camp. If he does begin the season in Ontario, Walker will have the possibility of a call-up at some point during the season depending on injuries and will look to build upon his strong conclusion a season ago. The second-year pro should be a key piece on what could be a very stout blueline for Ontario this season. 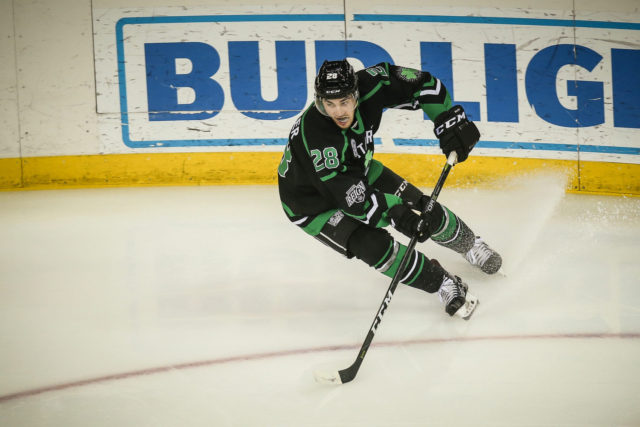 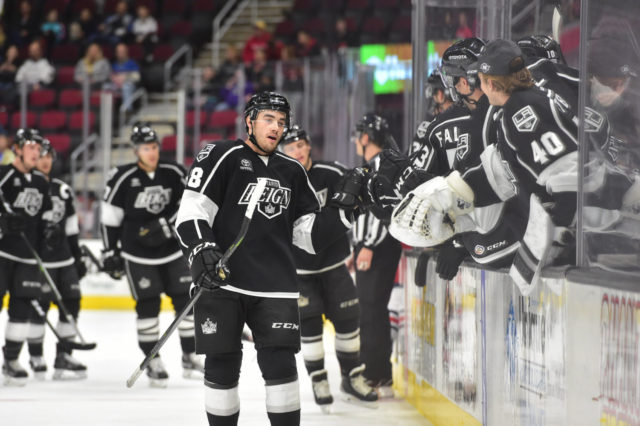 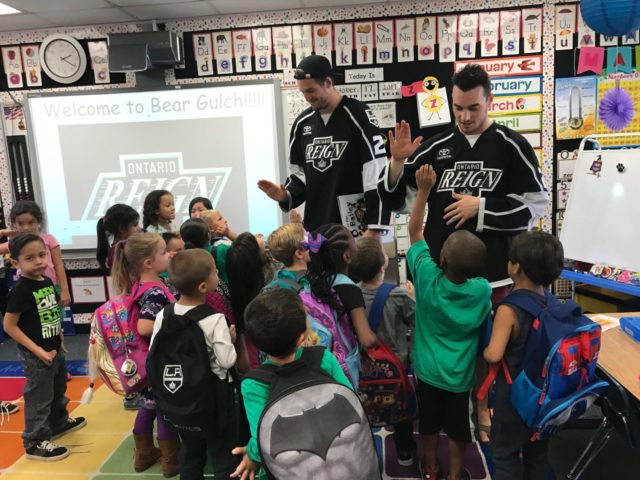