A quick note that was passed along late last week but did not make the weekend edition:

Via LA Kings PR:
Recently signed 2018 first-round pick Rasmus Kuoari has been loaned to Karpat of the Finnish League for the 2018-19 season. Kupari appeared in 39 games last season with Karpat, his first season with the main club. He posted 14 points (6-8=14), a plus-4 rating and 12 penalty minutes.

Kupari, who has one season remaining on his contract with Karpat, signed his entry-level contract 10 days ago. Because he’s a skater drafted out of a European league, there are no restrictions on when he would be eligible to begin a season in a North American pro league. Expect Kupari to return to Southern California upon the conclusion of his Liiga season, and for the greater plan going forward to be recalibrated during his club season and at that time. Kupari turns 19 on March 15. He’ll be eligible to return to Finland’s World Junior Championship team this winter. This year will “slide” and will not count towards his entry-level contract. 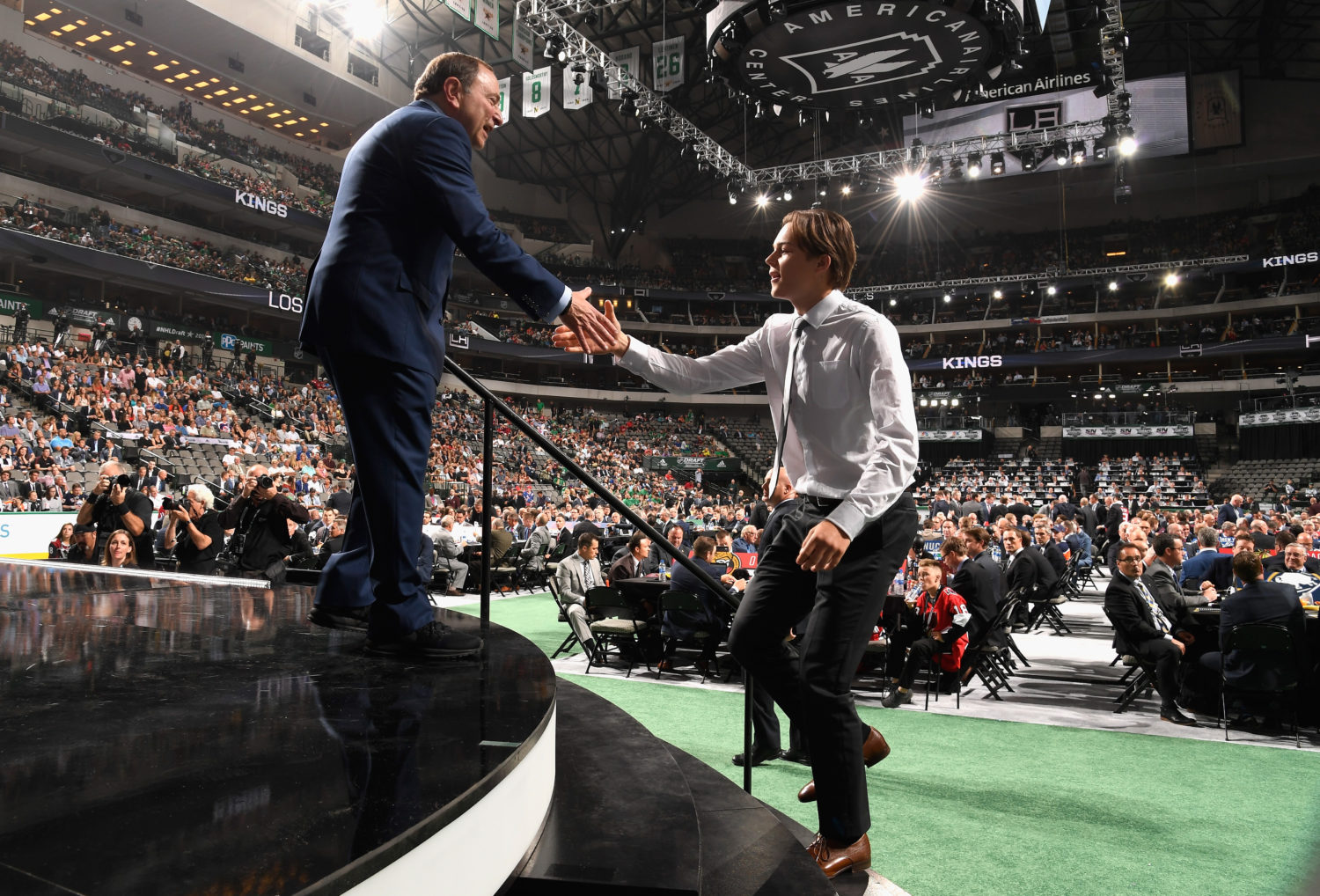