Kovalchuk encouraged by talks with Robitaille, Blake; what about his role? 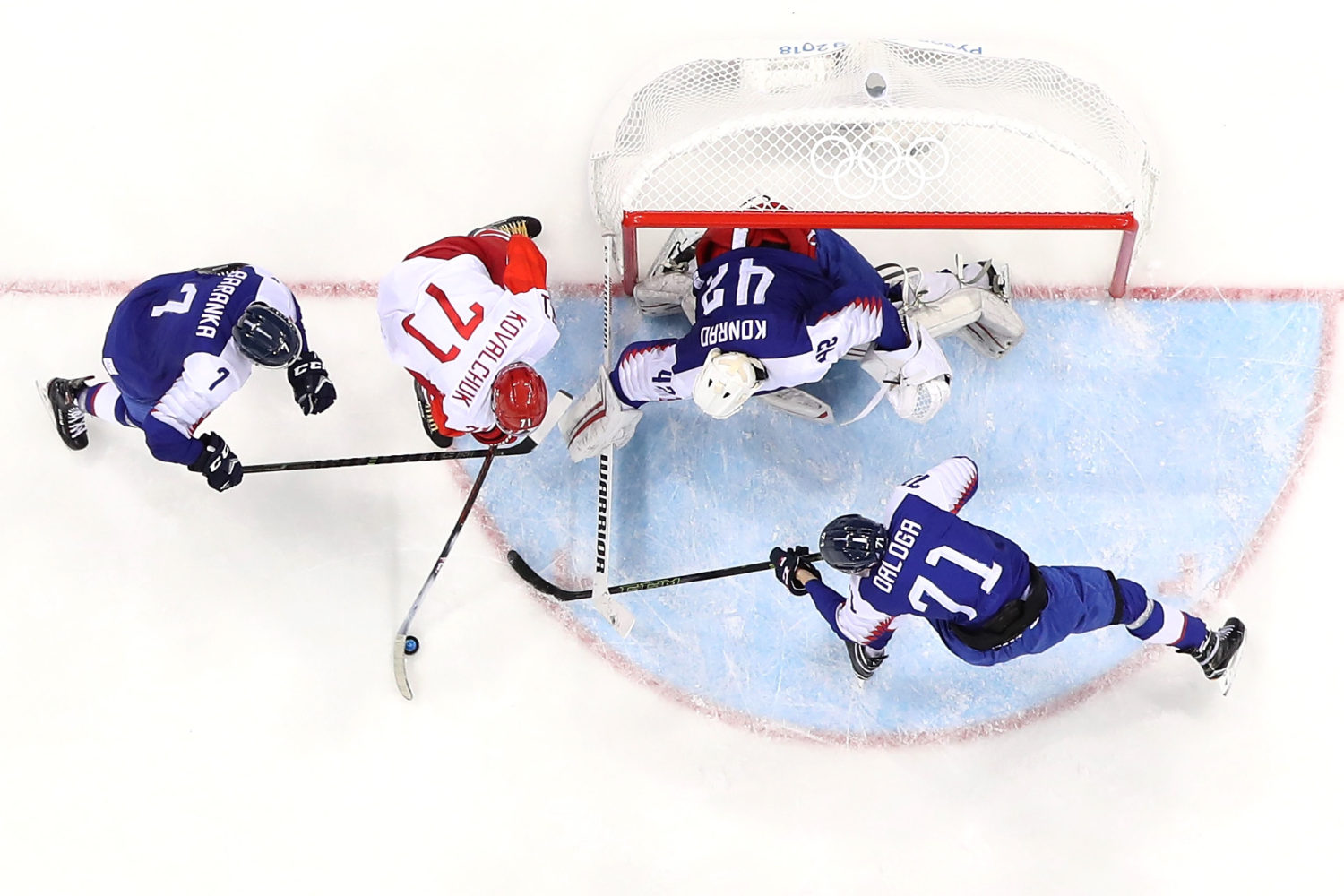 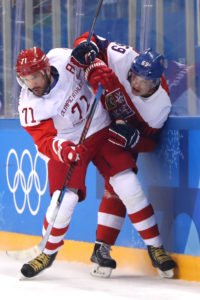 A fine July 1 was celebrated by many, including one Ilya Kovalchuk, whose contract signing was officially announced by the LA Kings. Per TSN’s Darren Dreger, it comes with an immediate payday. Kovalchuk will receive a $7.85-million signing bonus – and another $5.3M bonus one year from now, Per Dreger – as part of a three-year contract that comes with a $6.25M cap hit through the 2020-21 season.

Kovalchuk wasn’t immediately available on Sunday. Though he’s been in the United States and traveled in June to Los Angeles, he returned to Russia for the World Cup, posting Sunday on Instagram alongside Evgeni Malkin, Alex Ovechkin and Alexander Radulov from Moscow’s Luzhniki Stadium, where Russia defeated Spain 2-1 in penalties to advance to the Round of 16. Earlier in the week, he spoke about the impetus to sign with Los Angeles.

“The most important thing was when I met with Luc and Rob, we had a great talk,” said Kovalchuk, who will wear #17. “The team is really good, really great core of guys who have already won. They now know how to win, and my goal is to win the Cup, so I want to get there to help the team be better and try to accomplish the goal.”

That the Kings offered a third year where other serious suitors were more interested in two-year deals was also a key sticking point. But Kovalchuk made clear that winning was a primary influence in his decision to sign in L.A., and the expectation, after earning media MVP honors as a dominant presence at the Olympics, is that he can provide reinforcement that can complement what was largely a highly effective core in 2017-18.

“He keeps himself in really good shape, he’s a big guy, so he gives you a big forward that can really score and he’s known the ability to one-time the puck,” John Stevens said. “I think if you watch his game, I think his passing skills are underrated, and I think when you get an older player – like, Dion’s the same way – you get an older player that’s motivated to win, and it’s something that’s a real deep desire for him to do. You add a bona fide top-six guy that can really add a scoring punch to your lineup, and you add a guy with a lot of size. Everything I’ve heard from the people I’ve talked to, he’s a terrific teammate, as well, so I think he’ll fit in well here.”

Stevens actually sought out the impressions of those who’d worked in the past with Kovalchuk, reaching out to San Jose coach Peter DeBoer, who coached the winger in New Jersey.

“People really speak highly of him and how just how good of a teammate he is, and that’s what we’re excited about,” Stevens said. “I just had an initial conversation with him, just to say hello, and then I’m going to follow up with him in the next few weeks over here and possibly even go see him.”

That would take place in Florida, where he’s been training since the conclusion of his KHL season, which resulted in a KHL-best 63 points (31-32=63) in 53 games. Kovalchuk, the first overall pick in 2001 by the Atlanta Thrashers, turned 35 in April but is in “amazing condition,” as veteran international and KHL coach Dave King told The Athletic last weekend. He’ll bank on such a regimen that will allow him to return to the rigors of the Pacific Division and an NHL schedule after playing exclusively for SKA St. Petersburg for the last five seasons.

“I think all the guys who have turned over 30, they started to take care of their body,” he said. “That’s the most important if you want your career to be longer. That’s what I want, and I have a few guys I’ve worked with for the last five years, and I’m very excited and happy with what we’re doing.”

The context is different now than Kovalchuk’s 2010 courtship, when the Kings were bridesmaids, not the bride. They’ve won two Stanley Cups since then, and the veteran roster serves as an appropriate cushion for the aged superstar whose skill set represents what the team set out to acquire this off-season, whether through trades or free agency. Kovalchuk didn’t want to compare the two processes, saying that he’s glad “that whatever happened, happened.”

“I went to Russia for five years. I won two Cups there with the gold medal in the Olympics, and that was my dream: to win the Olympic gold,” he said. “Now I have one unaccomplished mission, and that’s the Cup. All my thinking and thoughts are about that, and I think L.A. would be a great place for me and my family to be in. With the team they have, and now that I’m getting there too, I think we’ll be good and very competitive for the Cup.”

Based in the Eastern Conference for the entirety of his 816 career games, the most familiar he became with the Kings was in the 2012 Stanley Cup Final as a member of the Devils. But he’s played against a number of his future teammates internationally, and kept tabs on league comings and goings while overseas.

“I think Jonathan (Quick), he’s one of the best goalies in the league,” Kovalchuk said. “To me, when I played five years ago in the league, he was the toughest to play against. It’s great that we have him, and with Anze and Carts, it’s two centermen, that you need to be a good team. One of them won the Selke Trophy and was nominated for the Hart Trophy, and Carts, he was injured last year, but the guy knows how to score, and that’s great. I’m excited. Doughty, I hope we’ll play together on the power play and light up some goals.”

Kovalchuk will be sure to see ample power play time; in New Jersey, it wasn’t unfamiliar to see him spend the entire two minutes on the ice for the man advantage. He also killed penalties on that Devils team and totaled seven shorthanded goals over his most recent 114 NHL games, but with the experienced group of penalty killers returning as part of the league’s top shorthanded units, may not factor significantly into the PK later this fall. Even if he’s not necessarily the same workhorse as he had been over 82 games, he’ll still see a variety of special teams opportunities and will serve as a weapon in the shootout, where he went 11-for-14 in 2011-12 and is a career 38.7% shooter.

No forward since 1997-98 has surpassed Kovalchuk’s 24:44 per game in 2012-13, or his 24:26 the year prior. Even if he’s not averaging those minutes, it’s clear he’s still going to see highly important and offensively-inclined minutes.

“It’s a different time. He’s an older player, and now he’s coming back to a league, a team,” Stevens said. “In New Jersey, he played the full two minutes on the power play. He played the backside, point, but he played the full two minutes, and I don’t think they had a lot of scoring on that team, so I think they relied on him in a lot of situations. He even killed penalties there. But we’ve always been a good penalty killing team, we have lots of guys killing penalties, so I would suspect his numbers, yes, they would not be 24 minutes. We don’t play Kopi 20 miuntes. But I think he’ll be a key guy for us who’ll be counted on in a lot of key situations. He’ll be a go-to guy, no question.”

Ilya Kovalchuk, on the “unique challenge” of returning to the NHL after five years away:
To me, it’s nothing unique. That’s the kind of person I am – I always love those challenges. With the group of guys we have, I haven’t met most of them yet, but I’m very excited where I’m going because I hear all the good about L.A. and the fans, and Staples Center is obviously one of the top buildings to play in, and I’m very excited. I can’t wait for it to start.

Kovalchuk, on continuing his career in Los Angeles:
I know we spent a week there a few weeks ago, and we loved the place. It’s great, but the most important is the team. Luc and Rob, I really liked what I heard from them. They’re really hungry for the winning, and that’s the most important thing because the guys, they’ve won twice already, but I think now is the time to [win again].

Kovalchuk, on Alex Ovechkin winning the Stanley Cup:
It was great. I grew up with the guy for almost my whole career. He’s two years younger, but we’ve known each other since I was 10 years old. I was very happy for him, the way he played in the playoffs, and the regular season was great. I think that’s the reason they won, because he changed a lot of things. He was playing both sides of the ice … and brought that energy and love for the game. I think that’s how it went well, and the way he played in the playoffs, it was great to see, so I’m very happy for him. 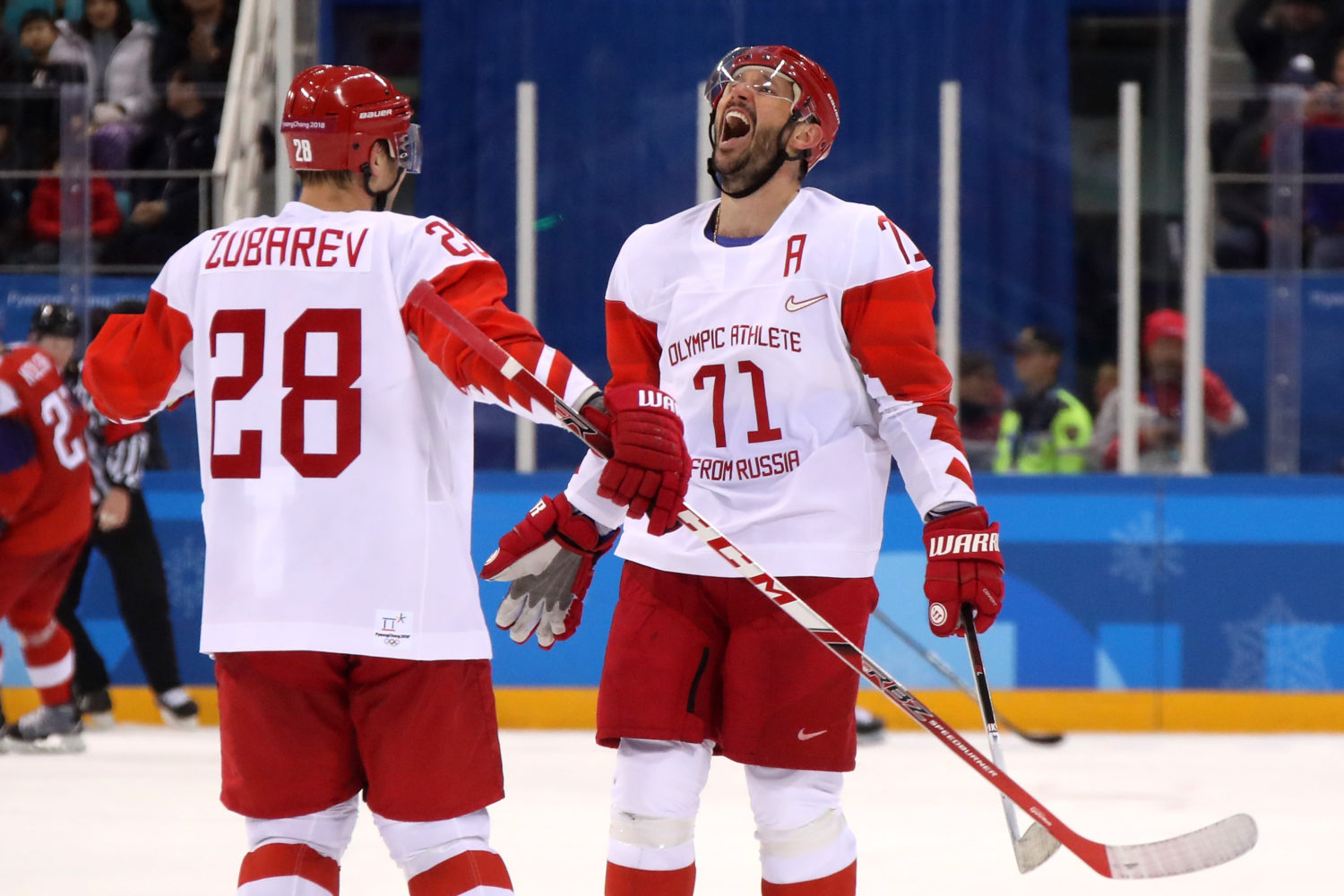